The government has targeted 30,000 hectares of new planting per year in just over two years. With less than half the goal currently achieved, many more saplings need to take root. So how will we do it? The National Forest may have a blueprint

Words by
Anna Turns December 2, 2022
Conservation Environment Society
Positive News partners
This article has been created by Positive News and supported by The National Forest 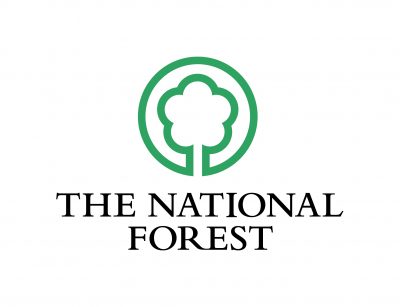 The government has targeted 30,000 hectares of new planting per year in just over two years. With less than half the goal currently achieved, many more saplings need to take root. So how will we do it? The National Forest may have a blueprint

Over a 200 square mile patch of the Midlands, a transformation is taking place. Across a landscape once scarred by coal mining and industrial manufacturing, a new forest is thriving. Since 1990, when the first saplings were planted here in the National Forest, forest cover has increased from six to 22 per cent.

The ultimate aim? For one third of this area to be made up of forest habitats by 2045. That equates to over 6m more trees – or around 250,000 planted per year. But how feasible is that? 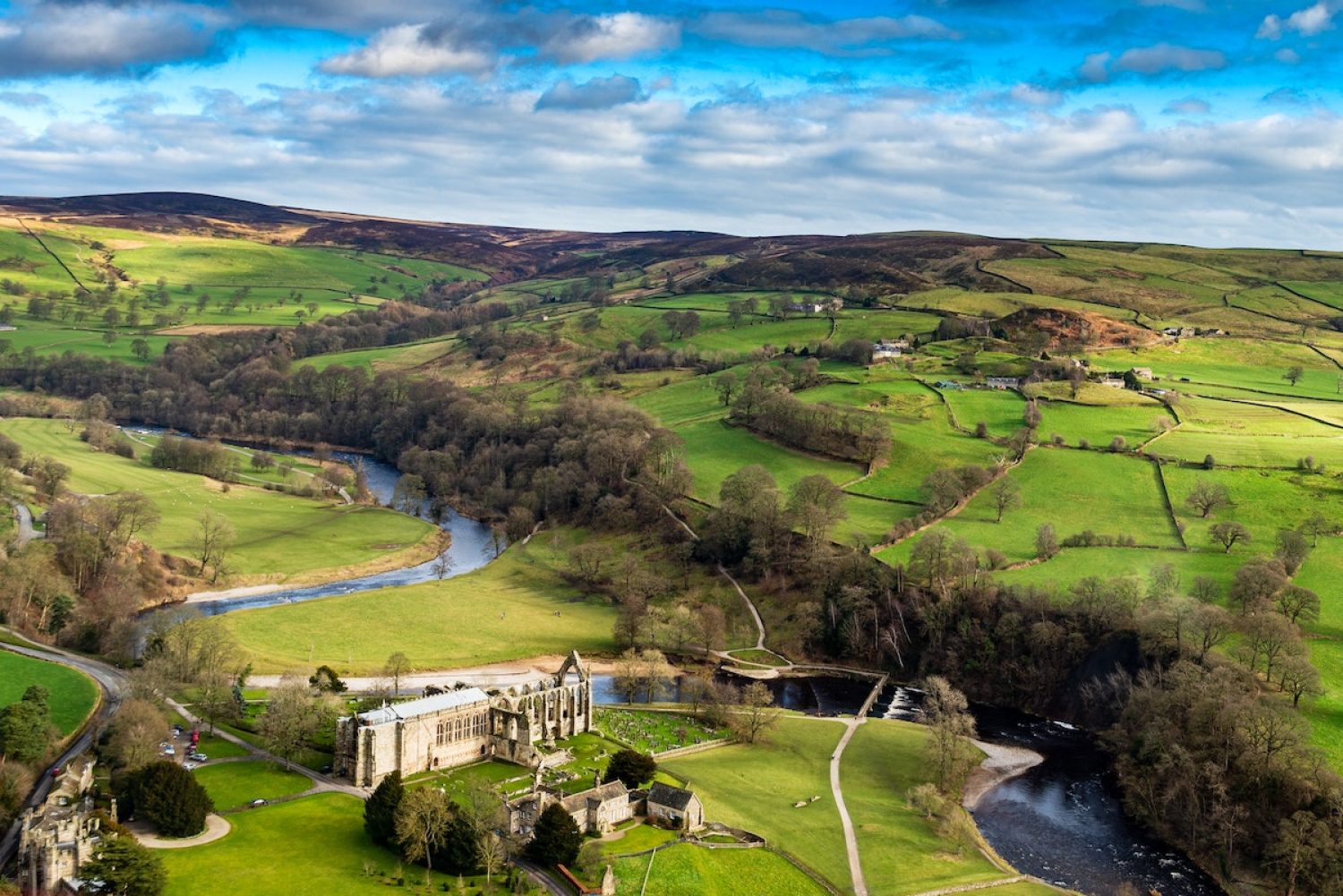 Currently, only about 13 per cent of the UK is forested. Image: James Genchi

But it’s not as simple as just planting more trees everywhere – the right types need to be planted in the right place. That might mean growing more fruit trees or hedgerows as part of farmed landscapes, creating woodlands alongside new housing developments, or more native deciduous trees in parkland that urban communities have access to.

It’s about creating a mosaic rather than a monoculture, says John Everitt, chief executive of the National Forest Company, which manages the National Forest. He says that what they’re doing has become “a successful experiment” that not only prioritises the planet but also benefits society.

“We’re doing much more than just planting trees – we’re creating hope and aspiration. We’re creating an identity of a forest – that’s not just a visual thing or an ecological thing. That’s the emotional pull – people can feel part of something exciting and they can associate culturally with the nature of this place.”

The momentum being built in the National Forest is part of a nationwide drive to regenerate landscapes and integrate biodiverse, climate-resilient habitats into both rural and urban communities. As part of the UK government’s Nature for Climate fund, the Department for Environment, Food and Rural Affairs (Defra) has pledged £12.5m over five years to the National Forest. Now in the third year of this funding pledge, the money is supporting the organisation’s ongoing tree-planting activities.

Because there’s no formal landscape designation – the National Forest isn’t classed as a National Park or Area of Outstanding Natural Beauty – the design isn’t constrained. This means there is flexibility to engineer forests that integrate with housing, industry and transport.

“We’re forward-looking. But so much of conservation is backward-looking and about holding something in a state of some particular succession or management. As an ecologist, I find that quite a stifling approach,” says Everitt. “I like the idea that we don’t quite know what it’s going to look like yet. This forest landscape will evolve over time, it’s dynamic and can adapt to the future, to the [needs of] communities and our changing ideas of what this landscape should be.”

That all begins with mapping. Rather than haphazardly planting trees anywhere, the National Forest team analyses the landscape, soil type and land use to pinpoint exactly where new woodland will be most beneficial. Their strategy focuses on enabling wildlife to move more easily, reducing flood risk, preventing soil erosion and improving public access to woodland spaces, depending on the location.

This forest landscape will evolve over time, it’s dynamic and can adapt to the future

“Then we act as a catalyst and work with farmers and private landowners, communities, local authorities and other charities, to hopefully involve them in our scheme and make it work for them,” explains Everett. “Ownership and vision are both really important. We’re not just planting trees, we’re taking a holistic view of the place we are creating and looking at tourism, planning, wellbeing, education, arts and culture too.”

For Prof Rob Mackenzie, director of the Birmingham Institute of Forest Research, the National Forest’s success hinges on its ‘bottom-up’ approach to changing land use within a region through involving local people.

“The National Forest is smart and absolutely right in tailoring its approach towards the communities that it serves and their perspective of what is good, useful and valuable in a forest,” he says. 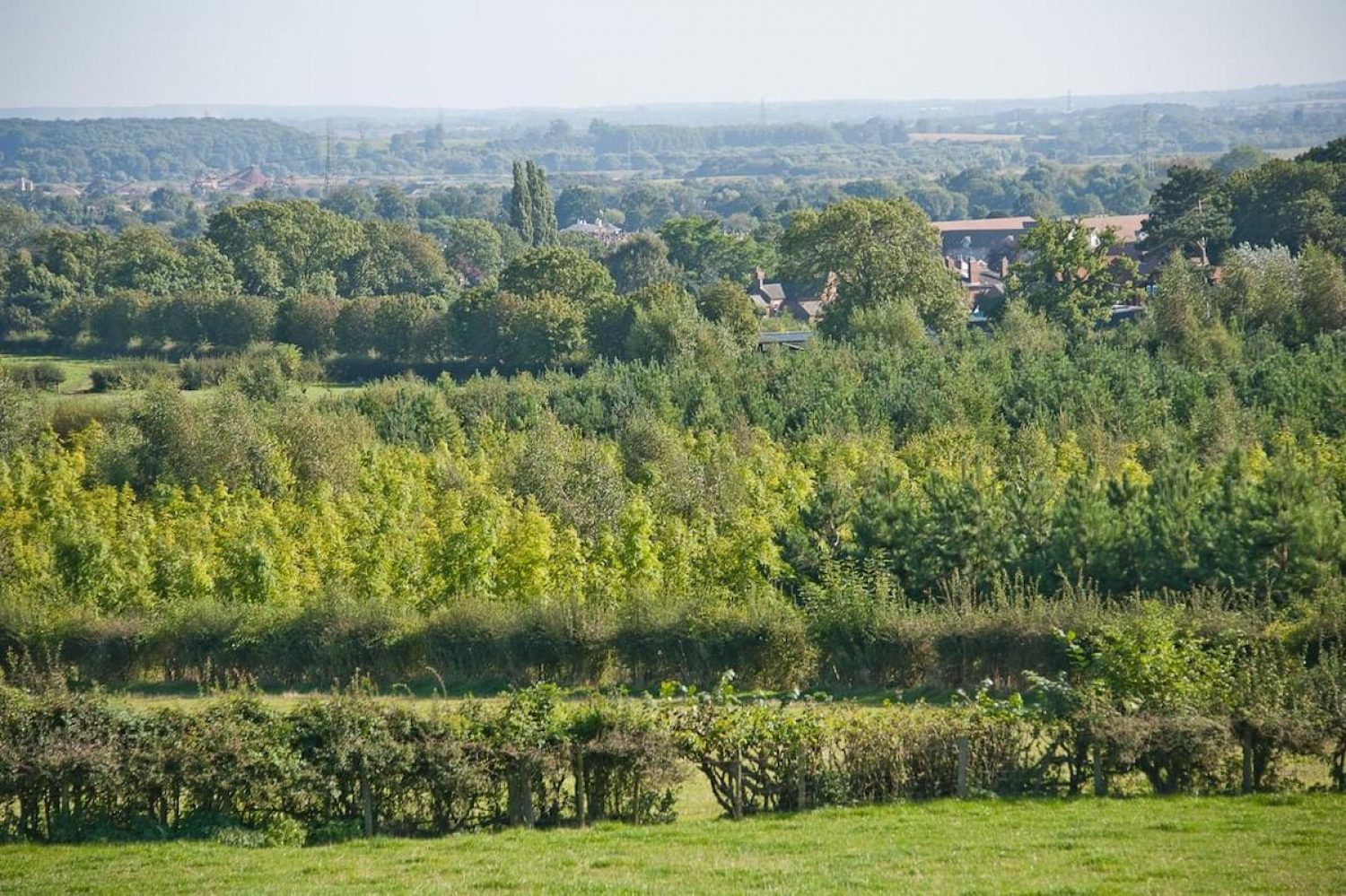 Sites that formerly hosted coal mines are among those being greened. Image: National Forest

But how scalable is it? According to the Institute of Chartered Foresters, the industry needs 72 per cent more tree experts to meet the government’s planting targets. Mackenzie considers the national targets ‘on the edge of realistic’ and believes that all the different agencies involved, from Natural England to the Forestry Commission, community forests and the National Forest, are “trying their very best to bring about a substantive change in the forest cover in the UK”.

The National Forest planted its 9 millionth tree in 2020, a milestone showcased by Shaun the Sheep in a special animation produced by Aardman Animations, which has teamed up with them again this year on the road to 10m trees.

Everitt hopes that the ethos of this project will be replicated elsewhere and that the UK’s forestry networks will begin to connect with each other. “The National Forest demonstrates to the country what is possible. It’s here to push the boundaries, innovate and collaborate.”

But he acknowledges an urgent need to join the dots: “We all need to work at a landscape level, rather than just at an individual site level… so we want to try to work more broadly across the Midlands with planners, property developers, and with public sector bodies to incentivise tree-planting and put more mechanisms in place that give opportunities to accelerate this transformation.”

Everitt adds that every sapling has so much potential: “If you were going to try to design a mechanism in the landscape that could improve soil health, provide food and shelter for wildlife, store carbon and enhance our own wellbeing, you’d be a millionaire if you came up with a tree!” 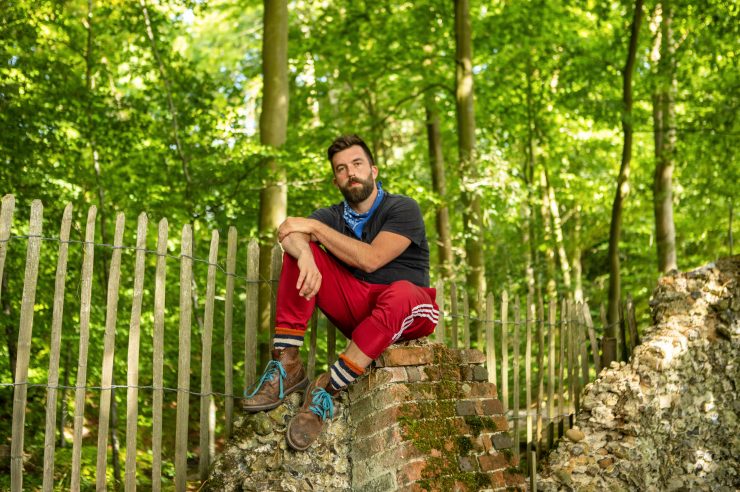 Most of England is off limits to the public, this campaign aims to change that Using poetry and picnics as a form of protest, the Right to Roam campaign encourages people to reclaim what was once theirs Democracy Environment Politics 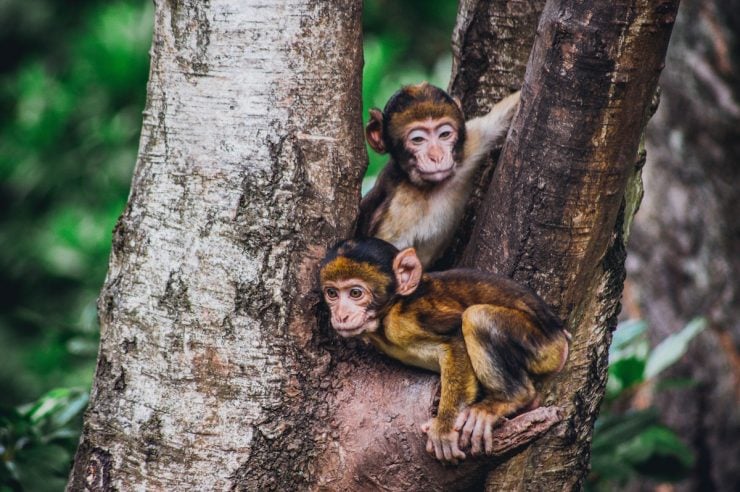 Five workable solutions to deforestation Halting deforestation is vital if we are to solve the climate and biodiversity crises. We have the tools to meet the challenge. Here’s how Conservation Environment Politics Society 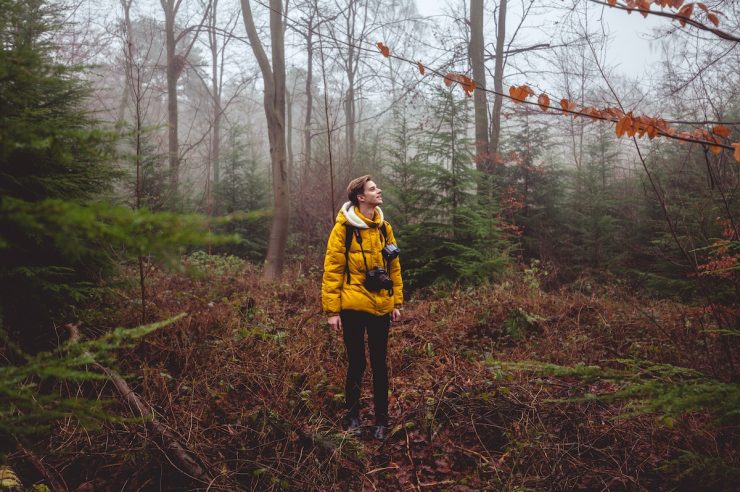 How to look after your mental health this winter, according to you It’s Blue Monday, supposedly the gloomiest day of the year. But it does’t have to be that way. Here are your tips for staying chipper Health Society Wellbeing