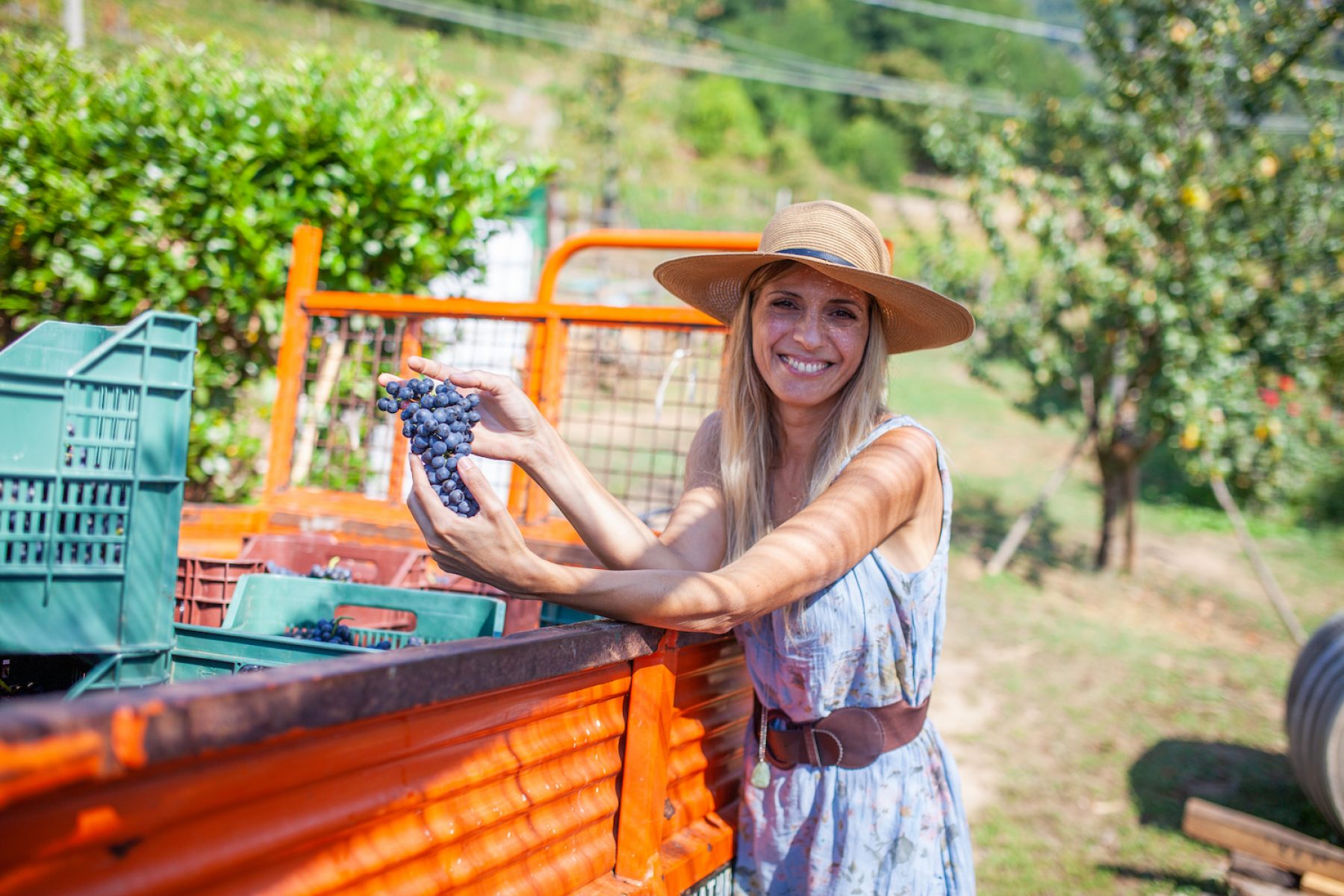 A community united in love for its mountain

For 40 years, the Apuan Alps in Italy have been exploited for the region’s prized marble. We meet a diverse group of local people who are slowly reclaiming the land, in a variety of ways

For 40 years, the Apuan Alps in Italy have been exploited for the region’s prized marble. We meet a diverse group of local people who are slowly reclaiming the land, in a variety of ways

Eros Tetti – 41, founder of the Save the Apuan Alps campaigning group Eros Tetti grew up on his grandfather’s farm in one of the Garfagnana region’s most beautiful valleys. Like many young people of his generation, he left his village at 19, seeking a better life elsewhere, but “there was always a pull”, and eventually he returned.

While hiking, he noticed that the quarries had started to excavate more and more. “I was afraid that the rest of the Apuan Alps would become like Carrara. If you walk in our mountains, you’ll see that people don’t work and live there any longer. Tourism and gastronomy had been a main part of our economy, but now it’s all gone because of the quarries.”

In 2009, Tetti founded Save the Apuan Alps to campaign for the gradual closure of the quarries, while developing an alternative economy. The association now counts more than 12,000 members and has become an information hub for activists, helping to promote collaboration at the regional, national and international level. More than 100,000 people have signed its petitions, and videos of the flashmobs organised by the movement have been widely shared.

“Everyone has always said that without the quarries, we cannot survive, but we want to show that we can. We are looking at our mountains’ lost culture – not in a nostalgic way, but because in this culture there are tools – the natural resources, the values, people’s spirit – to address the challenges we are experiencing. We’re finding new ways to relate to our mountains without destroying them.” Her parents are originally from England, but Arianna Watson (pictured above, centre) considers herself an Italian native. She is part of Odissea, a co-op created in 2014 by young people to develop a mountain economy and integrate immigrants into local communities. The programme, which is funded by the Italian government, has so far provided training for about 100 refugees in local restaurants, farms and enterprises.

“For those born in the 60s and 70s, the future was working in paper and pharmaceutical factories in the valleys, but many are now closed,” Watson says. “We believe that our future is in coming back to the mountains, where we are restarting something old to make something new. In Tuscany, this feeling is strong: we have lots of resources – chestnuts, porcini mushrooms, agriculture, tourism and art – to create a better future for our communities. Ten years ago, there was no tourism here; now it’s growing, but we are still at only 25 per cent of what we could do.

“We are the ones who have to build our future, because we care passionately about this place and we can do it.” Alina d’Amelia is originally from Rome, but never liked city life and always dreamed of being a farmer. She went to university and spent time living in England and in Canada, before taking a permaculture course back in Italy and moving to these mountains.

“I now live off the products of my farm – chicken, corn, beans and lots of vegetables. I am proud that I can do it on my own. Older people were at first sceptical, but once you prove yourself, they give you everything.”

She also teaches Italian to asylum seekers and works as a tour guide in local caves and in Podere Concori winery. “It is a beautiful and unique vineyard: it is unusual to grow vines at this altitude, and the owner follows [Austrian philosopher] Rudolf Steiner’s biodynamic agriculture approach – a holistic way of cultivating, while enhancing nature and the health of plants.

“My cultural identity is now in these mountains. Mountains are where nature prevails. There is room for emptiness here, which gives room to silence, which leaves room for thinking. I’ve learned more from the silence in the mountains than from all I had learned before.” “I was a teacher in a technical college in the Gambia, but had to leave four years ago because of my political views,” says Yusupha Darboe. “I spent nine months in Libya, then fled on a boat, which was rescued by the Red Cross.”

A year and a half ago, the Odissea co-op found him a job in Laboratory de Transformation, a small co-op that cleans, grinds, cans and bottles produce found in the mountains. Because of the altitude, mountain crops grow at a different time of the year than those in the valleys, and some are unique to the region, such as beans that taste like figs. These ancient seeds are now preserved in a regional seed bank.

“We process crops from our own land, and local people bring us their produce to process,” says Darboe. “We make chestnut flour, we clean and bag beans, corn and farro [a whole grain derived from wheat], and we make tomato sauce and raspberry jam. I can operate the mills and all the other machines. I love it here.

“Many refugees live in cities because they believe there is more work there, but I like village life. I feel free here. I’ve built my future in the mountains.” In the past, chestnut trees, which grow in abundance on the mountains, were cultivated and produced food for the entire region. They were called ‘bread trees’, because people made chestnut flour and used it in all kinds of ways. When people left the mountains some 40 years ago, the trees were left unmanaged. As a result, the area has become more prone to floods and landslides.

On his 30-hectare patch of land, Stefano Bresciani has begun to tend to the chestnut trees again.

With the help of refugees, who he is training through the government integration programme and the Odissea co-op, he is clearing his chestnut forest, pruning the trees, cutting wood and collecting and processing chestnuts.

“It’s a win-win situation: I train people in an ancient job that people no longer do and help integrate refugees. Their energy is important for society, especially in this area. They learn things and people can see that they are doing a good job.

“It’s part of managing and reviving the mountains. Three, four years ago, there were only old people here and many villages were abandoned. But now, young people start to think that it is possible to come back and make a future in the mountains. This is the meaning of my life: to keep the mountains alive.”

Keeping the mountains alive: saving the Apuan Alps In Italy, people are reclaiming the once-magnificent Apuan Alps. They are trying to put a stop to destructive marble mining, re-populate aba... Environment World