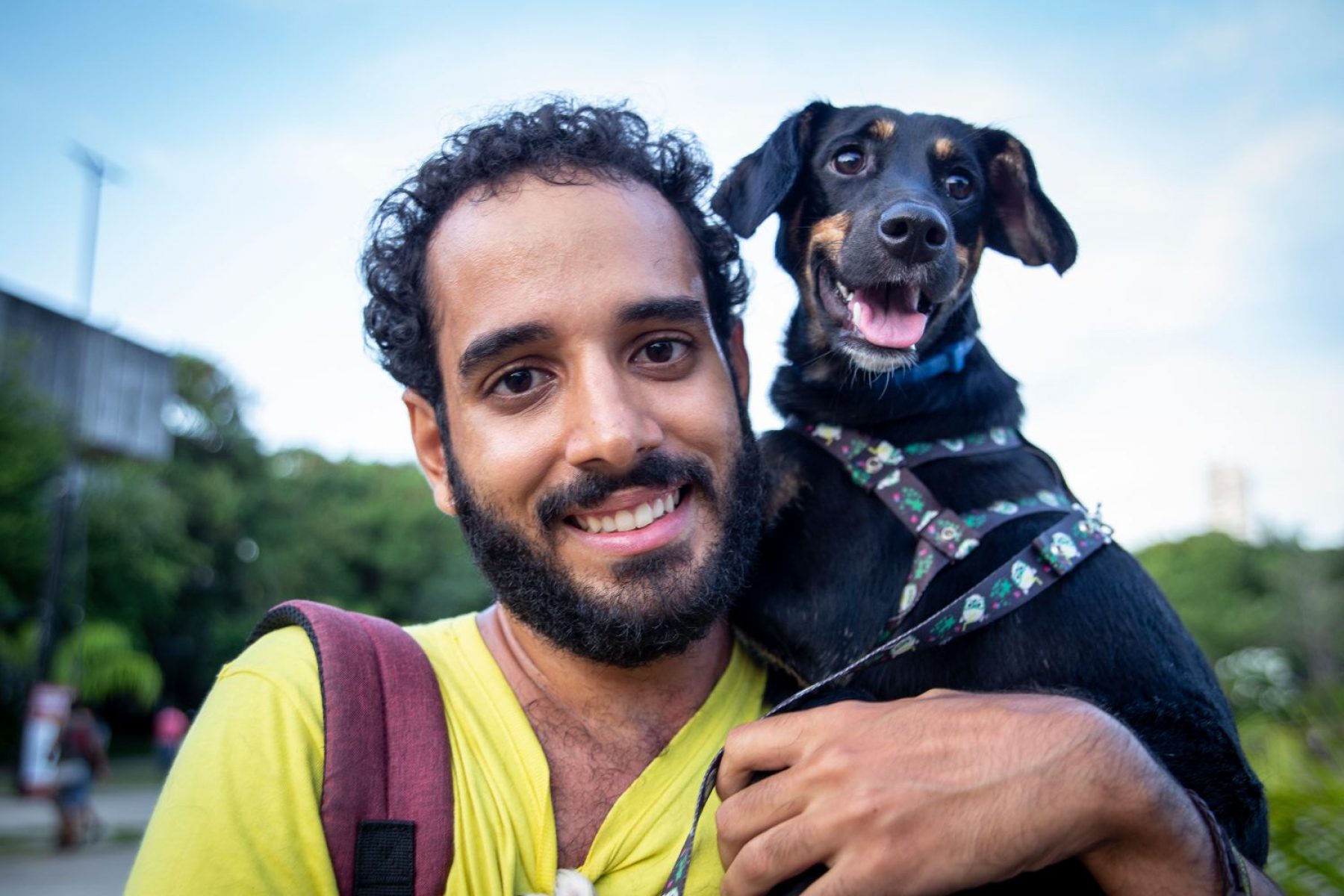 In the aftermath of Jair Bolsonaro’s election as Brazil’s president, many feared he would roll back human rights protections. Brave young people are making their voices heard, on issues such as racism and police brutality

In the aftermath of Jair Bolsonaro’s election as Brazil’s president, many feared he would roll back human rights protections. Brave young people are making their voices heard, on issues such as racism and police brutality

‘I’ve experienced racism, but risen above it’ “I was born and brought up in a rural village in [the state of] Bahia, where racism was a daily part of life,” says Paulo, 29.

“My parents understood the importance of education. Despite having little money, they sent me to private school. I was one of just two black students. I was insulted a lot by students and teachers. One of the teachers named me ‘little blackie’ and on one occasion, threatened to punch me in the face. I understood the teacher was being prejudiced, so I decided to rise above it. I thought to myself: ‘I am going to be somebody’.

“I studied theology at university and went on to complete a master’s in gender studies. I got more involved with youth movements, including Amnesty International, and learned about human rights.

“As destiny would have it, I now teach at that same school where I suffered discrimination. I am working on a project to ensure human rights education is a key part of the school curriculum and I already teach human rights in my own classes.

“We’re living in challenging times but social movements in Brazil are growing stronger. Human rights education is a seed that can transform our way of seeing. My hope is that all the seeds I plant will bloom into something for the world.”

‘I’ve lived in a state of fear since I was little. So I fight for justice’ “They are there to protect you, but they can hurt you at any moment. Since I was a little girl, this is the image I’ve had of the police,” says 33-year-old Lidiane. “My childhood was littered with the sound of gunshots. I live in a favela [slum], where police frequently come to my community. They will attack anyone who gets in their way. I’ve been living in a state of fear since I was a little girl.

“This fear has fuelled my passion to fight for justice. When I went to university, I wanted to study law. It was a way to be inside the system and represent the needs and the issues of my community.

“My fight for justice has not been without its obstacles, though. As a black woman, I have limited access to certain opportunities. Every day, I face three stereotypes – I am from the periphery, I am a woman and I am black.

“Becoming part of Amnesty International was a turning point. When I attended my first meeting, I met people who had similar stories to me. They wanted to take a different path and transform their communities.

“As a practising lawyer, I am working on two cases in my community, supporting those who can’t afford it. I want to prove to others that it is possible to overcome the barriers we face. We might be moving towards an increasingly dictatorial state, but if we unify, my hope is we can come together, resist and change the direction of this country.”

‘I am black. I am gay. I am a human rights educator’ “Salvador is a dangerous place to grow up, especially if you’re young, poor and black,” explains 28-year-old Israel. “Your skin colour makes you much more vulnerable to violence. But for me, the hardest part was knowing I was gay. My family are super Christian and I thought I would go to hell if I told them the truth.

“When I met my husband, I knew I had to tell my parents. At first, they said they were OK with it. One week later, my mother screamed that ‘the demons of homosexuality’ should leave the house.

“I’ve been with my husband for eight years and we’ve adopted two children, but my family still don’t want to know us.

“I dived headfirst into activism. I run a project in public schools, where I teach kids about bullying, diversity, gender, sexuality and human rights. Education is key to human rights and it’s a way to cut through violence.

“My work does make me fearful. Human rights defender Marielle Franco was shot and killed, just for standing up for the rights of others. It could happen to me too, but the fight continues.” “My father was an alcoholic,” says Nubia, 33. “He would come home from work and beat my mother, myself and my siblings. Sometimes we would escape during the early hours and seek refuge at my wider family’s house until my father left to go to work.

“I learned to cope – I had to. I’d put myself in the middle of the fight to protect my mother. I didn’t want to see him bash her head into the wall or break her back. My father stopped drinking about four years ago, but I don’t feel like I’ve fully dealt with what happened. When I speak about what I went through, I still feel the same wave of emotions.

“I’ve found hope through standing up for other women suffering from domestic violence. Many of my friends and neighbours have also suffered gender-based violence. Being part of Amnesty International’s youth group here made me realise I am not alone. It’s important to be part of something bigger, especially given the current climate.

“President Bolsonaro is planting words that go against human rights. I am hopeful, though, that people will open their eyes and see that there is another way to live. By working together, we give ourselves a voice.”

‘My mum was murdered. Injustice spurs me to change things’ “When I was 20, my mum was murdered by her ex-husband. He was unable to accept the end of their relationship,” says Maira, 32.

“Violence against women is rife in Brazil. I spent a year in mourning. It was hard to find the strength to keep going. It had always just been me and my mum – she was the most important person in my life. I thought I’d never laugh again.

“At first, I found it hard to work on issues like gender-based violence and feminism, as they were so close to my heart. I’ve drawn strength from other strong women, such as my two aunts, one of whom is like a second mother. They’ve been so supportive – they’ve given me a reason to keep living.

“Since my mother died, seeing injustice really affects me. It spurred me on to join Amnesty International’s youth group in Salvador. I realised the meaning of life, the richness and value of it.

“The next few years are going to be difficult. However, there’s an inner force of power within us and we won’t keep quiet. We won’t give up.”

These human rights activists are all involved with Amnesty International and based in Salvador, the capital of the northeastern Brazilian state of Bahia

Read more: The indigenous Brazilian congresswoman who is standing up to Bolsonaro