As authors protest nature-related words being cut from the Oxford Junior Dictionary, a new breed of writers and publications are using language, and new perspectives, to reinvigorate our relationship with the natural world

“We have broken the great conversation,” wrote Thomas Berry in his 1991 book Befriending the Earth. “We are talking only to ourselves. We are not talking to the rivers, we are not listening to the wind and stars.”

No doubt were he alive, Berry would have joined Margaret Atwood, Michael Morpurgo and other writers whose letter to Oxford University Press (OUP) on 12 January protests the removal of nature-related words from the Oxford Junior Dictionary. The likes of “acorn” and “catkin” have been dropped to make room for words such as “broadband” and “cut and paste”.

“Children are no longer using these words,” shrugged OUP in weary defence. 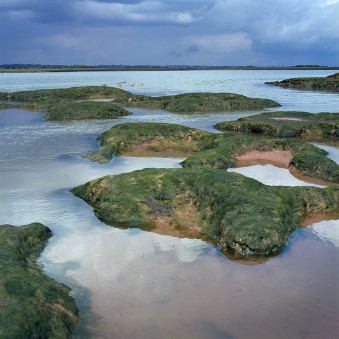 But knowing the ‘right’ word for something in nature reemphasises its value. “Language-deficit leads to attention-deficit”, writes celebrated nature writer Robert Macfarlane in his new book, Landmarks. Commenting on the dictionary omissions he adds: “What is lost along with this literacy is something precious: a kind of word-magic, the power that certain terms possess to enchant our relations with nature and place.”

The author of The Wild Places and The Old Ways, Macfarlane has been collecting landscape terms and words, more than 3,500 so far, some of which are explored in Landmarks. While journeying, he has “hit buried treasure” in the form of vernacular dictionaries or extraordinary people, “troves that have held gleaming handfuls of coinages,” he says.

Macfarlane mentions the Icelandic novelist Jón Kalman Stefansson writing of fishermen speaking ‘coddish’ far out into the North Atlantic, and the miners working the Great Northern Coalfield in England’s north-east developing a dialect known as ‘Pitmatical’. It was “so dense it proved incomprehensible to Victorian parliamentary commissioners seeking to improve conditions in the mines in the 1840s,” he writes. And he recounts stumbling across a peat glossary, divulged to him on the moors of the Outer Hebridean island of Lewis in 2007, which included hundreds of Gaelic terms for the moorland there.

“What is lost along with this literacy is something precious: a kind of word-magic, the power that certain terms possess to enchant our relations with nature and place.”

Dominick Tyler, photographer and founder of The Landreader Project, also feels intuitively that there is a correlation between richness of vocabulary and intimacy of knowledge.

Tyler was chest-deep into a photographic commission on wild swimming when he realised that his vocabulary to describe landscape was woefully inadequate. In response, he began collecting words – forgotten gems such as jackstraw, zawn, clitter, cowbelly – sparking an impulse to create a glossary of the British landscape.

“We currently use very few of the words that were historically available,” he says.

The Landreader Project has swelled to become a stirring synthesis of people and place: about vernacular and lore as much as geology, ecology or topography. Already, more than 2,000 terms and words have been gathered, and in March Tyler will publish a book based on the project, titled Uncommon Ground. 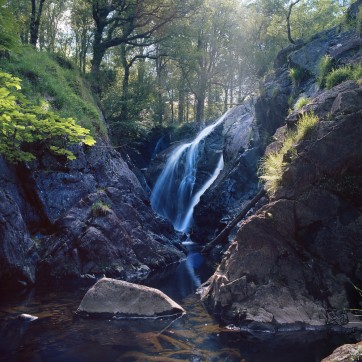 “For all the creeping homogeny of culture and corporations there is also a strong seam of localism in Britain,” notes Tyler. “People value local knowledge and a lot of the words submitted are used only in a small geographical area.”

The project is built around the enrichment in finding new language for the familiar, and noticing the unfamiliar for the first time too.

“There is a difference between engaging through the written word and through direct experience,” says Tyler, “but I would say that the ability to fluently and evocatively communicate about that experience is a kind of power sharing.”

Flicking through EarthLines magazine helps quell the unease at the loss of language that connects us to nature. Here, stories rooted in the natural world are often fierce, written with naked passion; a “grit and groundedness” that its co-founder Dr Sharon Blackie calls for.

From the Romantic poets who considered writing a “reconciler of nature and man” to the great American authors Leopold, Thoreau and Emerson, the popularity of what is loosely called nature writing has ebbed and flowed through modern history. But now, with publications such as EarthLines, seemingly inevitable ecological collapse has prompted a surge of renewed interest in the field.

The magazine celebrates a sense of being inspired by the natural world but without an excess of feel-good. After all, the planet is in crisis: there is no room for platitudes.

“We want a bayonet to pierce through some of the excess of wellbeing and self-satisfaction, a broom to sweep away all the bullshit,” says Blackie. “We want to make people think about what really matters to them. What we cannot bear to lose.”

The Dark Mountain Project also takes grief as a starting point for its publications. With a seventh book now in progress, it calls for like-minded people to “challenge the stories which underpin our civilisation: the myth of progress, the myth of human centrality and the myth of separation from ‘nature.’” 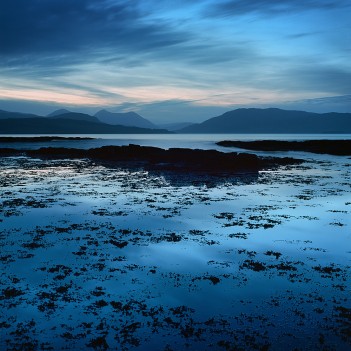 Canadian author and activist Naomi Klein, who recently published This Changes Everything: Capitalism vs. the Climate, believes Dark Mountain provides a space for people to lay bare their sense of dread, fear and loss.

“Faced with ecological collapse, which is not a foregone result, but obviously a possible one, there has to be a space in which we can grieve,” Klein says. “And then we can actually change.”

The Dark Mountain Project has been greeted by an unexpected surge of interest, helping subtly shift the environmental debate, much as George Monbiot’s 2013 book Feral urged the movement to reconsider its ideas of what is possible.

“Let’s let ecological processes rip” Monbiot implored, as he took readers on an adventure toward ‘rewilding’ – a mass restoration of the natural world. Using evocative language to describe his personal struggle with the damage humanity has inflicted upon our planet, he suggested how huge areas of intensively farmed land could be replaced with natural eco systems, including the restoration of long-disappeared species.

Writers such as these are vanguards of our nature-literacy, working on a vocabulary for a new story. They recognise the power of language as a whetstone upon which we can sharpen our understanding of where humanity is and where we could be.

Perhaps, if we forge them anew, words can help reinvigorate humanity’s beleaguered relationship with nature. Through our use of language we can sift and cleanse the sediment of natural and cultural loss lying deep inside so many of us. We can rekindle that great conversation.