From families being separated on the US border to the NHS funding crisis, the past three months have seen their share of bad news. But from action on plastic waste to the end of a bitter conflict, there have been many positive developments too. See the world from a different angle, with our top 20 stories from April to June

From families being separated on the US border to the NHS funding crisis, the past three months have seen their share of bad news. But from action on plastic waste to the end of a bitter conflict, there have been many positive developments too. See the world from a different angle, with our top 20 stories from April to June

1. Since 1999, total traffic in the City of London has fallen by 40 per cent, it emerged in April

It was also revealed that bicycles are now the dominant form of transport in this part of the capital during the rush hour. A five-year study on 260,000 UK workers as part of [long-term UK study] UK Biobank showed that the 16,000 people who cycled as part of their commute had lower rates of heart disease and cancer and were living longer compared with those who largely sat in their cars or on public transport.

2. Major supermarket credited sales of ‘wonky’ veg as significant in spurring its growth

Morrisons is now the fastest-growing of the UK’s big four supermarkets, and the chain said in June that sales of misshapen food and vegetables had helped drive the growth. Sales were up 1.9 per cent in the last three months and sales of wonky greengrocery – which Morrisons sells more cheaply than other veg to try to reduce waste – have more than tripled. 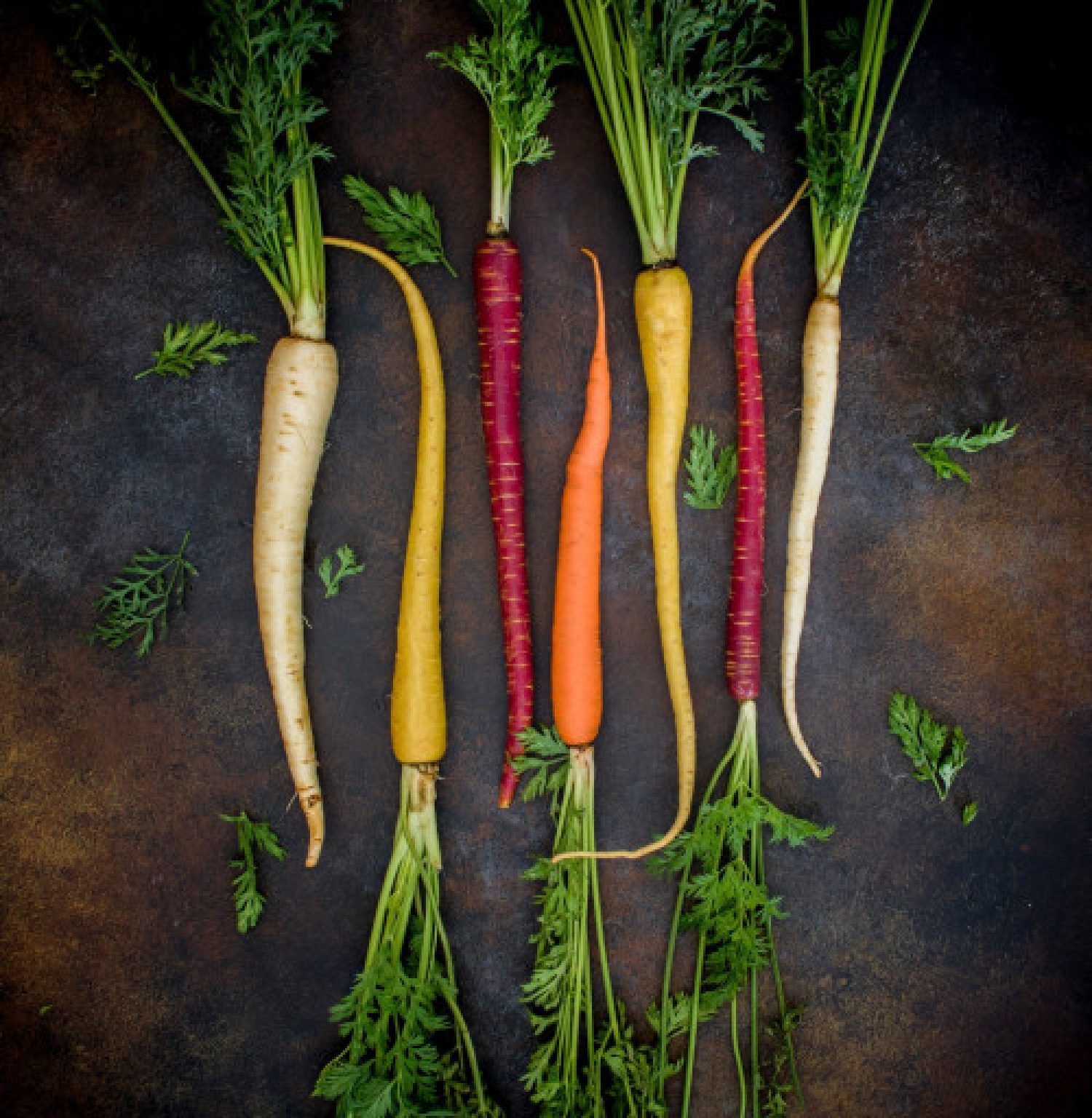 Wonky produce is now bought by 12 per cent of shoppers at Morrisons. Image: Dana Devolk

Canada will soon have the largest protected boreal forest – an area twice the size of Belgium – on the planet, it was announced in May. Some 1.6m hectares of remote land in the province of Alberta are being made into new or extended provincial parks. A 6.7m hectare conservation zone will now be protected and free from logging or oil and gas exploration. Canada’s boreal (coniferous) zone is home to threatened wood bison, peregrine falcon and woodland caribou populations. 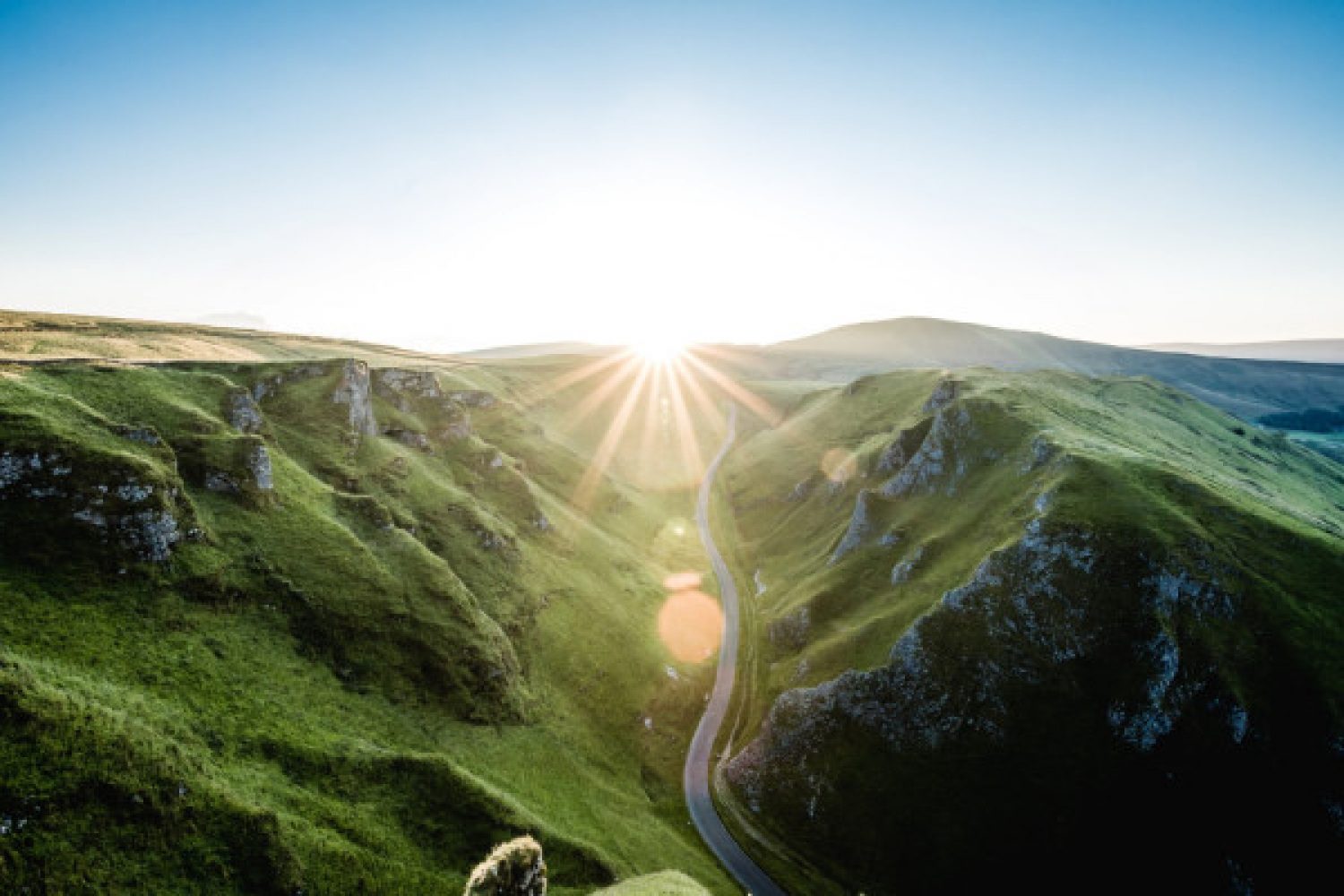 Almost nine out of 10 NHS trusts have acted to reduce the sale of sugar-filled drinks since last year, now research shows. The proportion of drinks now sold on NHS premises that contain added sugar has been cut from 15.6 per cent to 8.7 per cent. Ten million teaspoons of sugar have been removed from NHS canteens, shops and vending machines as a result – the equivalent of 1.1 million cans of fizzy drink – announced NHS analysts.

6. Ikea announced it will phase out all single-use plastic products from its shops and restaurants by 2020 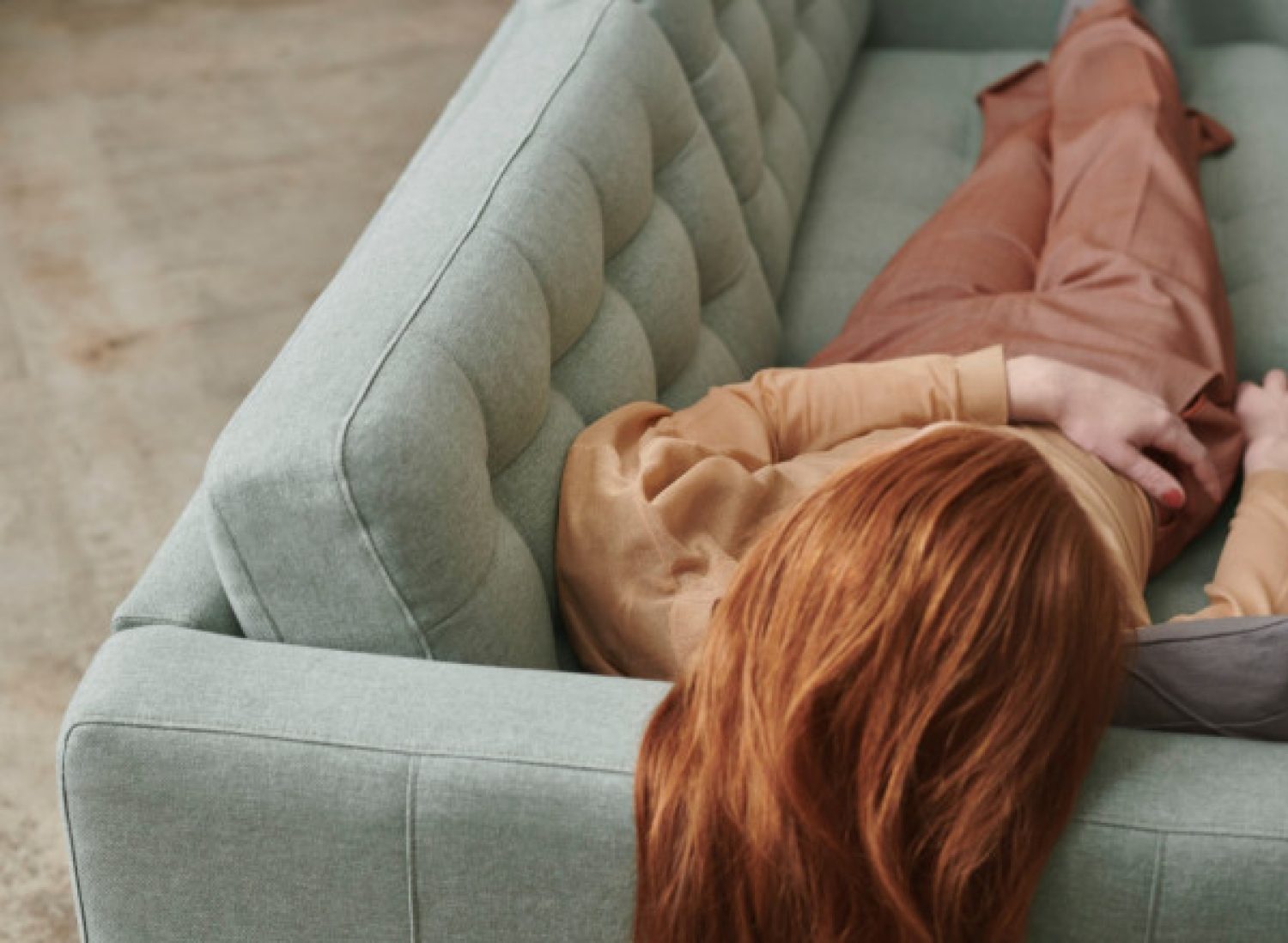 7. One million French smokers quit in a year amid anti-smoking measures, it was revealed

France has seen a sharp fall in the number of people smoking every day, with one million fewer lighting up between 2016 and 2017. There has also been a decline in low income and teenage smokers. A study by Public Health France found that the slew of anti-smoking measures introduced there were likely to be behind the decline. Worldwide, smoking causes one in 10 deaths, according to The Lancet.

Gay sex between consenting men in Trinidad and Tobago could soon be decriminalised following a court judgment in April that campaigners said might spark similar decisions elsewhere in the Caribbean.

In a ruling, judge Devindra Rampersad said sections of the Sexual Offences Act, which prohibited “buggery” and “serious indecency” between two men, criminalised consensual same-sex activity between adults, and were unconstitutional. It follows a similar ruling in Belize in 2016. 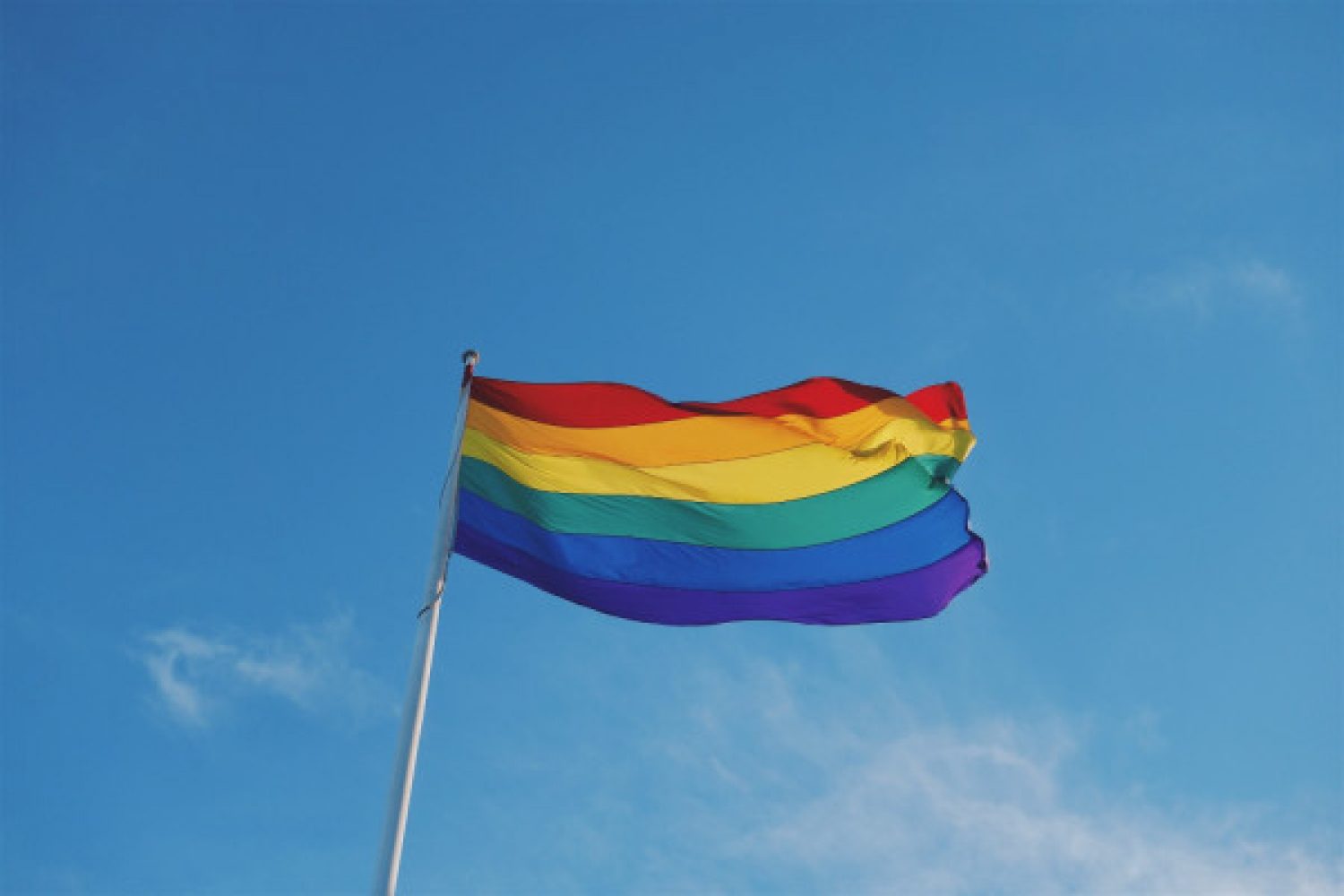 A judge in Trinidad and Tobago has ruled that homophobic laws are unconstitutional. Image: Kirsty Lee

China is now adding an electric bus fleet the same size as London’s entire working fleet every five weeks, a report by Bloomberg New Energy Finance revealed in April. If cities in the country continue to add 9,500 of the zero-emission vehicles at the same frequency, half of the world’s buses will be battery powered by 2025.

10. A drop in the number of plastic bags found in Britain’s seas was linked to the 5p charge

A significant drop in the plastic bags being found in the seas around Britain has been linked to the introduction of charges for plastic bags in Britain and Europe. Scientists announced an estimated 30 per cent reduction in plastic bags on seabeds in an area they studied – a patch stretching from the Norwegian and German coasts, to northern France and west to Ireland. Ireland and Denmark introduced levies for plastic bags in shops in 2003, and a host of other European countries followed suit. England introduced a charge in 2015. The study was published in the journal Science of the Total Environment. 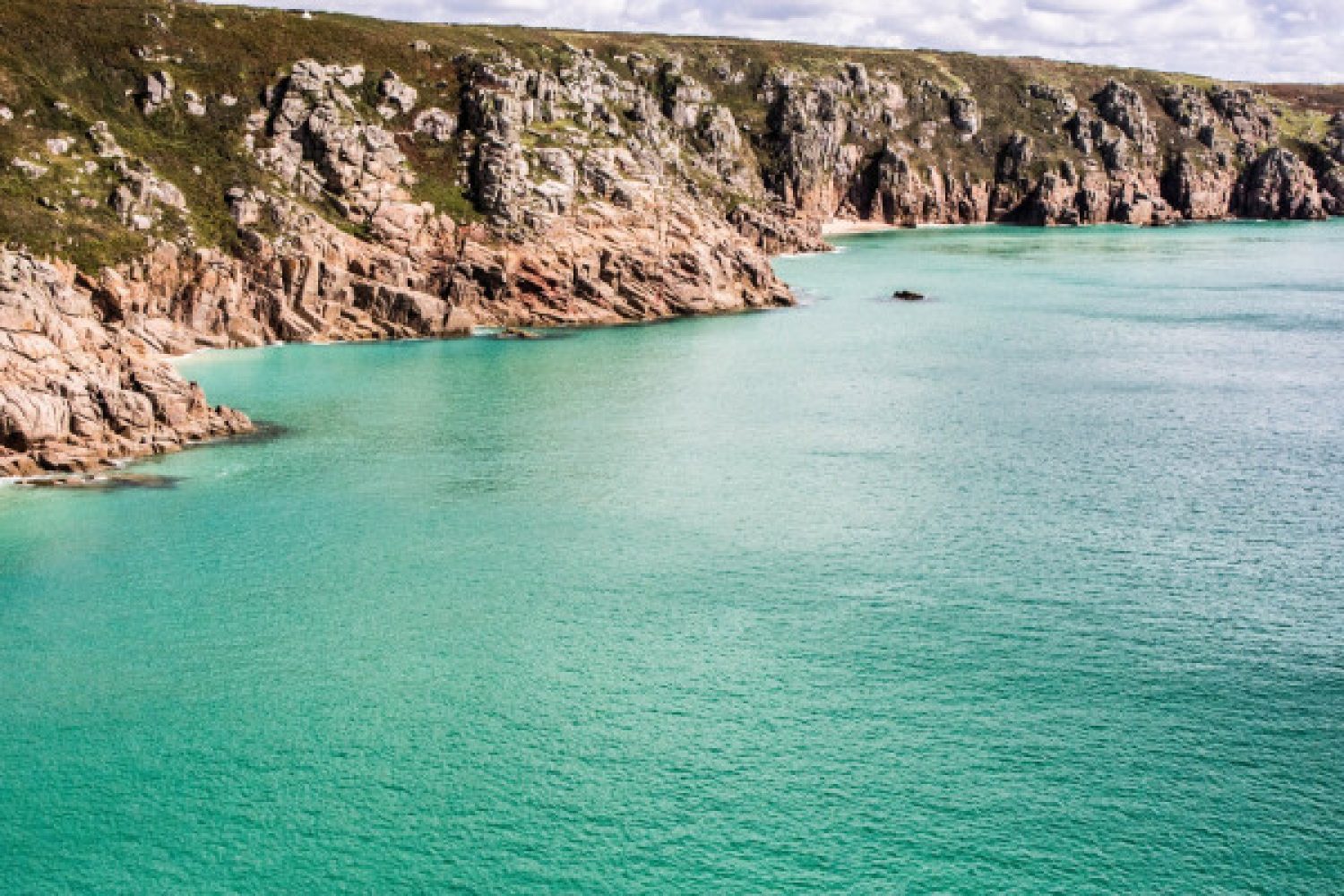 11. Norway stepped up the fight against illegal deforestation, announcing a £12m fund

The Norwegian government announced a fund of 145m kroner (£12m) to help fight forest crime such as illegal tree clearances. The cash pot, announced in June, will go to a partnership between Interpol, the UN Office on Drugs and Crime and the Rhipto Norwegian Center for Global Analyses to combat illegal deforestation. Organised criminals make up to US$152bn (£116bn) a year illegally cutting down invaluable tropical forests. 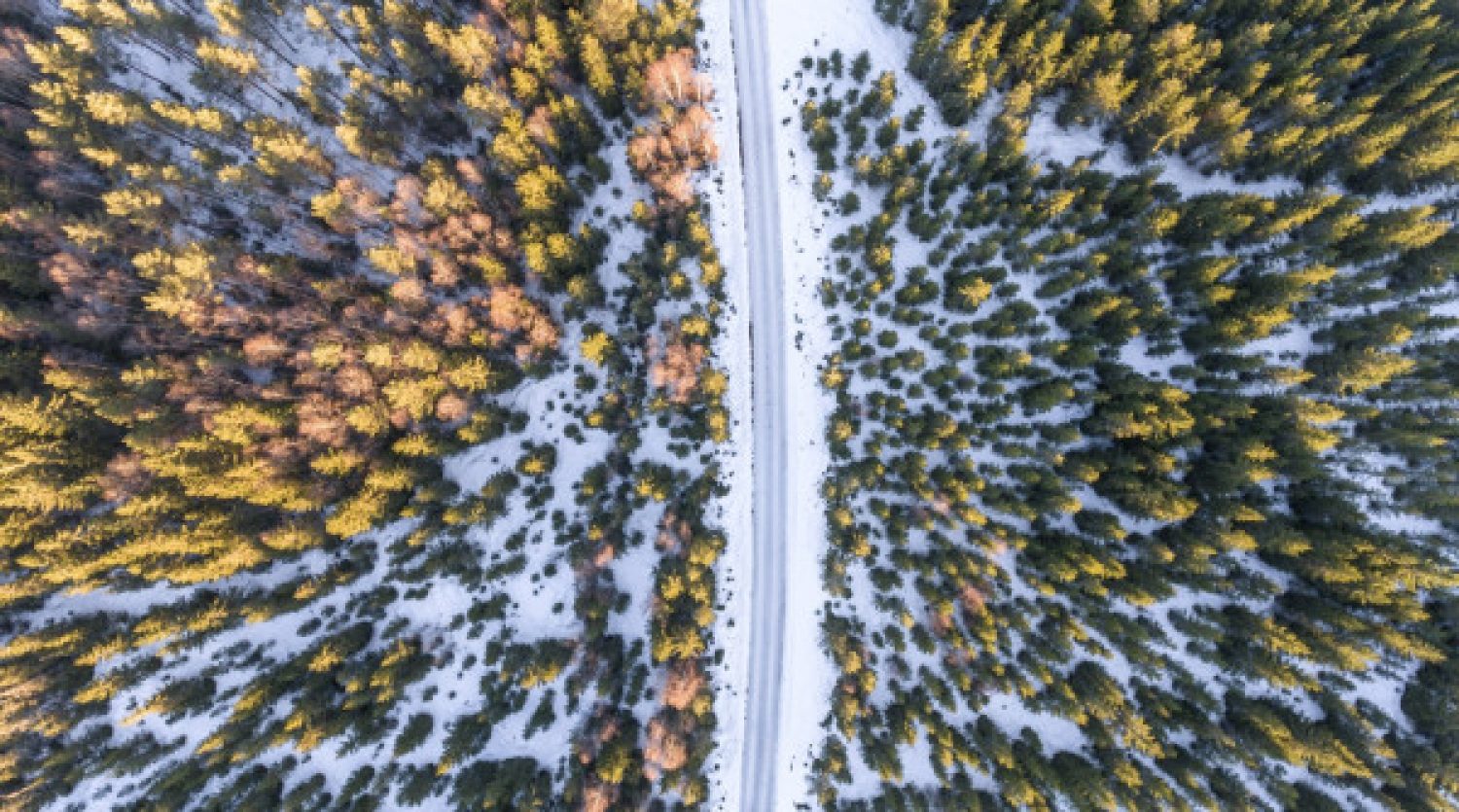 12. Unesco removed the Mesoamerican coral reef in Belize from its list of threatened World Heritage Sites

Unesco took the Mesoamerican coral reef in Belize off its list of threatened World Heritage Sites in June, saying the Central American country had taken “visionary” steps to protect it. The reef, which is the second biggest in the world after the Great Barrier Reef in Australia, had spent almost 10 years on the endangered list. Though it is home to hundreds of varieties of tropical fish, manta rays, sharks, sea turtles and many more species, Belize had planned to allow oil exploration nearby. But the Belize government has since imposed a moratorium on oil exploration around the reef and implemented protections for coastal mangrove forests.

13. Warm weather in England proved a boost for the UK’s most endangered butterfly

The UK’s most endangered butterfly made a bumper early appearance at a remote British habitat – confounding recent grim figures about its population. The high brown fritillary was recorded as being ‘out’ slightly earlier than usual, and early counts suggest their numbers are on the rise, due to good weather conditions.

Matthew Oates, one the UK’s leading butterfly experts and a volunteer for the National Trust, has been in the Heddon Valley in north Devon taking part in an annual count of this rare butterfly. “The butterfly seems to be having a very good year with more than 200 seen during the count,” he said. “Ideal weather conditions; a cold and harsh winter which has helped knock back the bracken and then a warm and sunny May and June have been ideal for caterpillar development.” 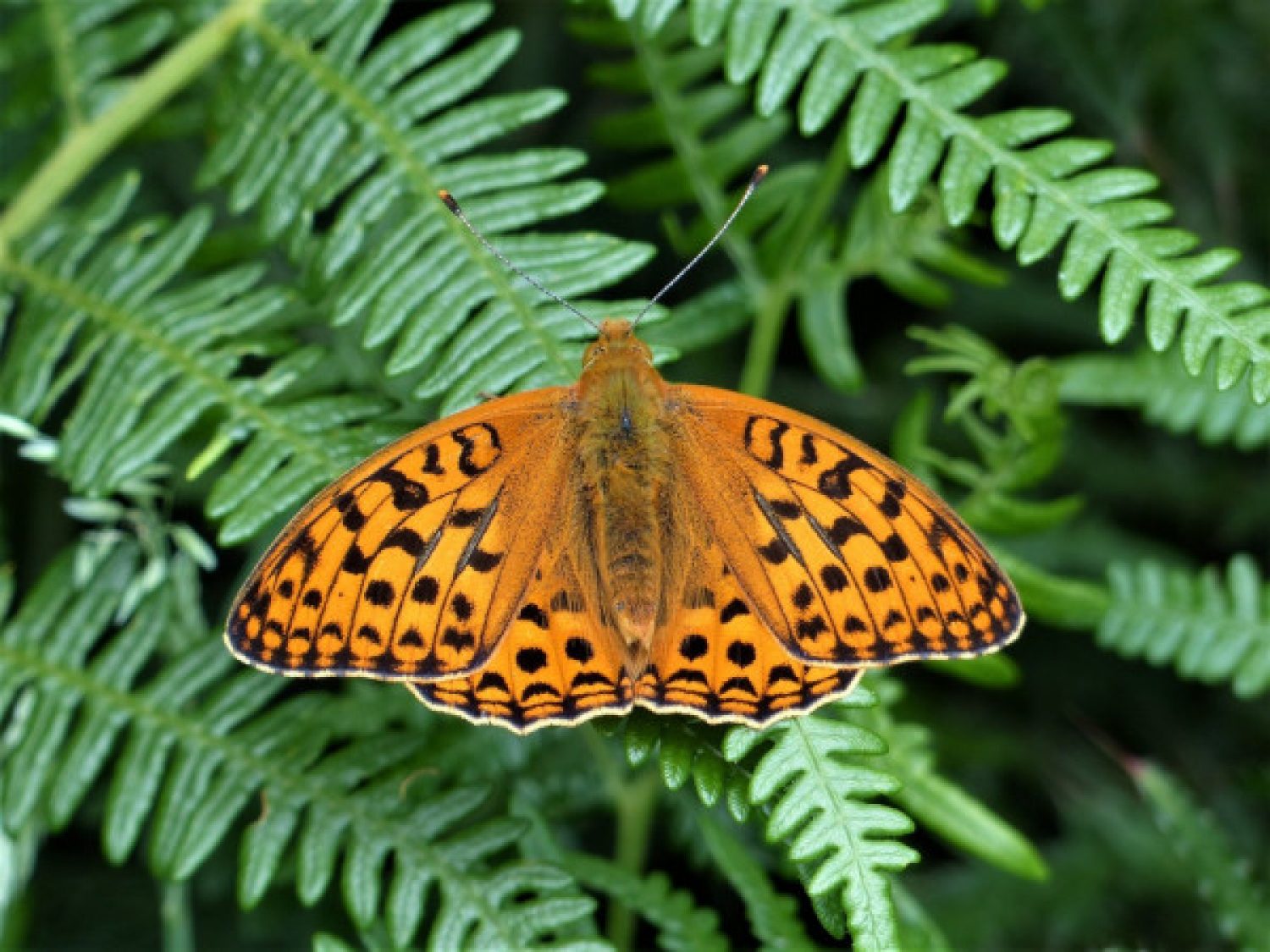 14. An MP broke a House of Commons taboo by discussing her period during a debate

An MP was praised for breaking a taboo in June by talking about being on her period during a debate over the cost of sanitary products, which many women cannot afford. Scottish Labour’s Danielle Rowley, MP for Midlothian, apologised for being late to a women and equalities debate, saying she was menstruating. Her period had cost her £25 so far this week, she added. “We know the average cost of a period in the UK over a year is £500. Many women can’t afford this. What is the minister doing to address period poverty?” asked Rowley, pictured below. 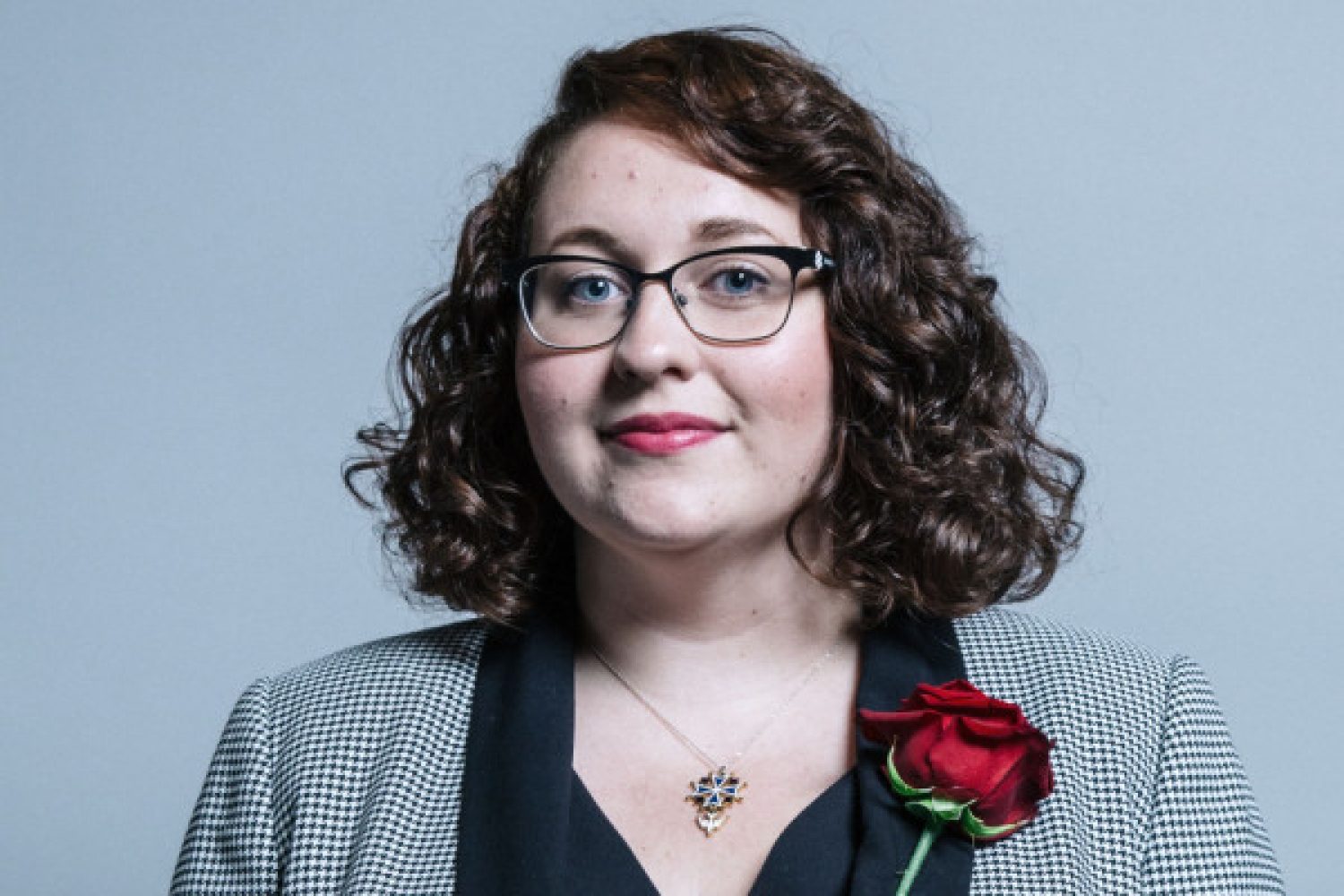 15. Macedonia changed its name, ending a bitter dispute with Greece

In June, leaders signed a historic accord that will lead – once ratified – to the country becoming Republic of North Macedonia. Lasting almost 30 years, one of the most intractable disputes in the Balkans came to an end when Greece and Macedonia signed the accord. It wasn’t welcomed by everybody however: there were reportedly scattered protests on both sides of the border. “We are here to heal the wounds of time” said Greek prime minister, Alexis Tsipras.

16. Most lawyers recommended to be judges went to state schools, new data revealed

Almost two-thirds of lawyers recommended to become judges in the past year attended state schools, according to the first social mobility statistics released in June by the judicial appointments commission. The figures, from England and Wales, show greater social mobility but racial diversity is ‘not happening fast enough’, said campaigners.

17. A Sikh soldier was the first to wear turban for the trooping the colour ceremony in London

A Coldstream Guards soldier became the first person to wear a turban during a trooping the colour ceremony at Buckingham Palace in London. More than 1,000 soldiers took part in the ceremony to mark the Queen’s official birthday on 9 June. Guardsman Charanpreet Singh Lall, 22, who is from Leicester, told the Press Association: “I hope that people watching, that they will just acknowledge it and that they will look at it as a new change in history.” 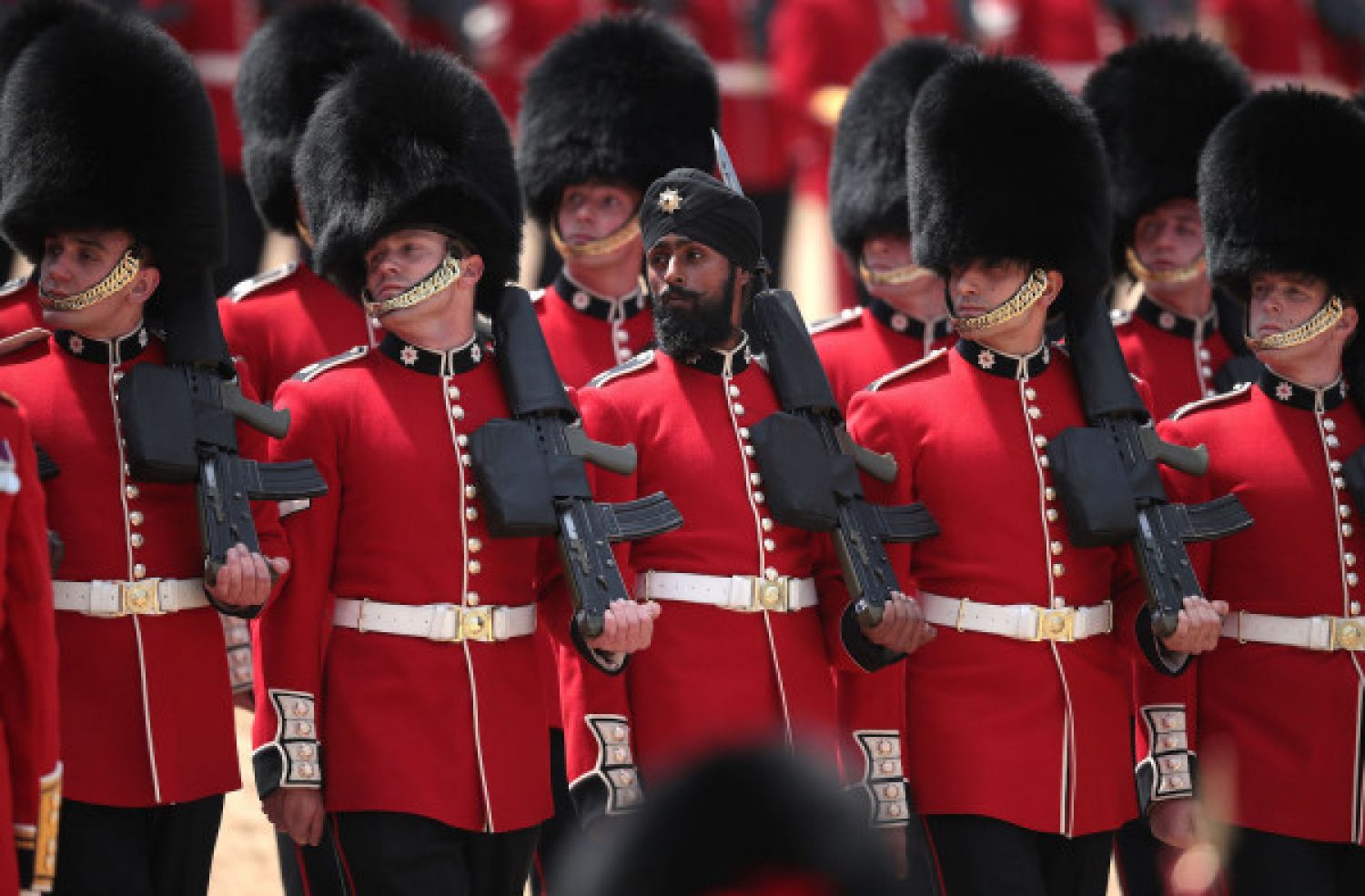 LONDON, ENGLAND - JUNE 09: Coldstream Guards soldier Charanpreet Singh Lall the first to wear a turban during the ceremony at The Royal Horseguards during Trooping The Colour ceremony on June 9, 2018 in London, England. The annual ceremony involving over 1400 guardsmen and cavalry, is believed to have first been performed during the reign of King Charles II. The parade marks the official birthday of the Sovereign, even though the Queen's actual birthday is on April 21st. (Photo by Dan Kitwood/Getty Images)

The progress made means that, on average, 30 more mothers are now being saved every day compared to five years ago. Three states – Kerala, Maharashtra and Tamil Nadu – have already met the sustainable development goal target of 70 deaths per 1,00,000 live births, according to The Wire. 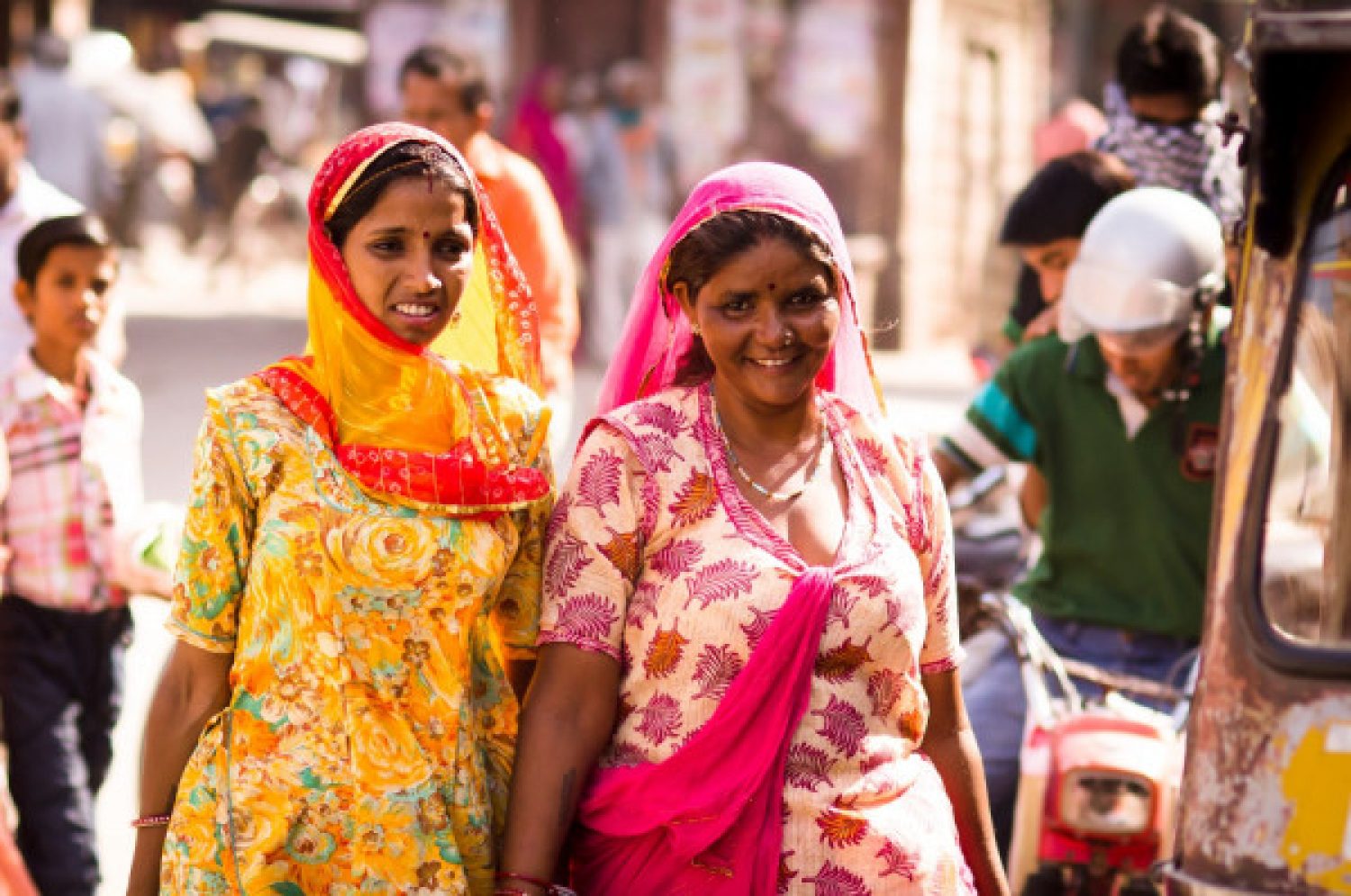 19. Paraguay has officially eliminated malaria, it was announced in June

The World Health Organization certified Paraguay as having eliminated malaria, the first country in the Americas to be granted this status since Cuba in 1973. “It gives me great pleasure today to certify that Paraguay is officially free of malaria,” said Dr Tedros Adhanom Ghebreyesus, WHO Director General, in a statement on 11 June. “Success stories like Paraguay’s show what is possible. If malaria can be eliminated in one country, it can be eliminated in all countries.”

Attracting 64.4m visits between December 2017 to May this year alone, Asos is the second biggest clothing site in the UK. In June, bosses there announced that they will ban certain animal-derived products from the site from 2019. Silk, mohair, cashmere and feathers will no longer be sold through the site from 2019, as well as products that use down, teeth and bone – including mother-of-pearl, which is taken from the shells of molluscs.