Two years on from Nice terror attack, survivor celebrates his recovery – and marriage

This week marks two years since the Nice terror attack that killed 86. A man from London whose wrist was severely damaged after he leapt out of the way of the truck driver is celebrating his recovery

This week marks two years since the Nice terror attack that killed 86. A man from London whose wrist was severely damaged after he leapt out of the way of the truck driver is celebrating his recovery

Laurence Olding severely damaged his wrist after jumping out of the way of a truck during the Nice terror attack two years ago. Now, a specialist surgeon at Guy’s and St Thomas’ hospital has carried out complex keyhole surgery to repair the fracture.

Two years ago on Saturday (14 July), Olding’s hand was shattered in 12 places when he landed on concrete after jumping over a high wall to escape the truck driven by Mohamed Lahouaiej-Bouhlel. Olding had been on holiday at the time with his then-partner Catherine.

Lahouaiej-Bouhlel, a Tunisian national, had directed the vehicle into a large crowd on what was Bastille Day 2016, killing 86 and injuring 458. He was then shot dead by French police.

Lorenzo Garagnani, a consultant hand and wrist surgeon, operated on Olding to repair the fracture, carrying out a rare and complex procedure, which involved making an incision in the wrist and inserting pins, screws and a plate. These were fixed onto the wrist to put the bone fragments back into place and hold them there. The procedure was guided by camera to help give the surgeon a detailed view of the fragments. After the operation, Olding underwent 18 months of therapy and rehabilitation, working hard to regain the strength in his wrist. He and Catherine married last year. 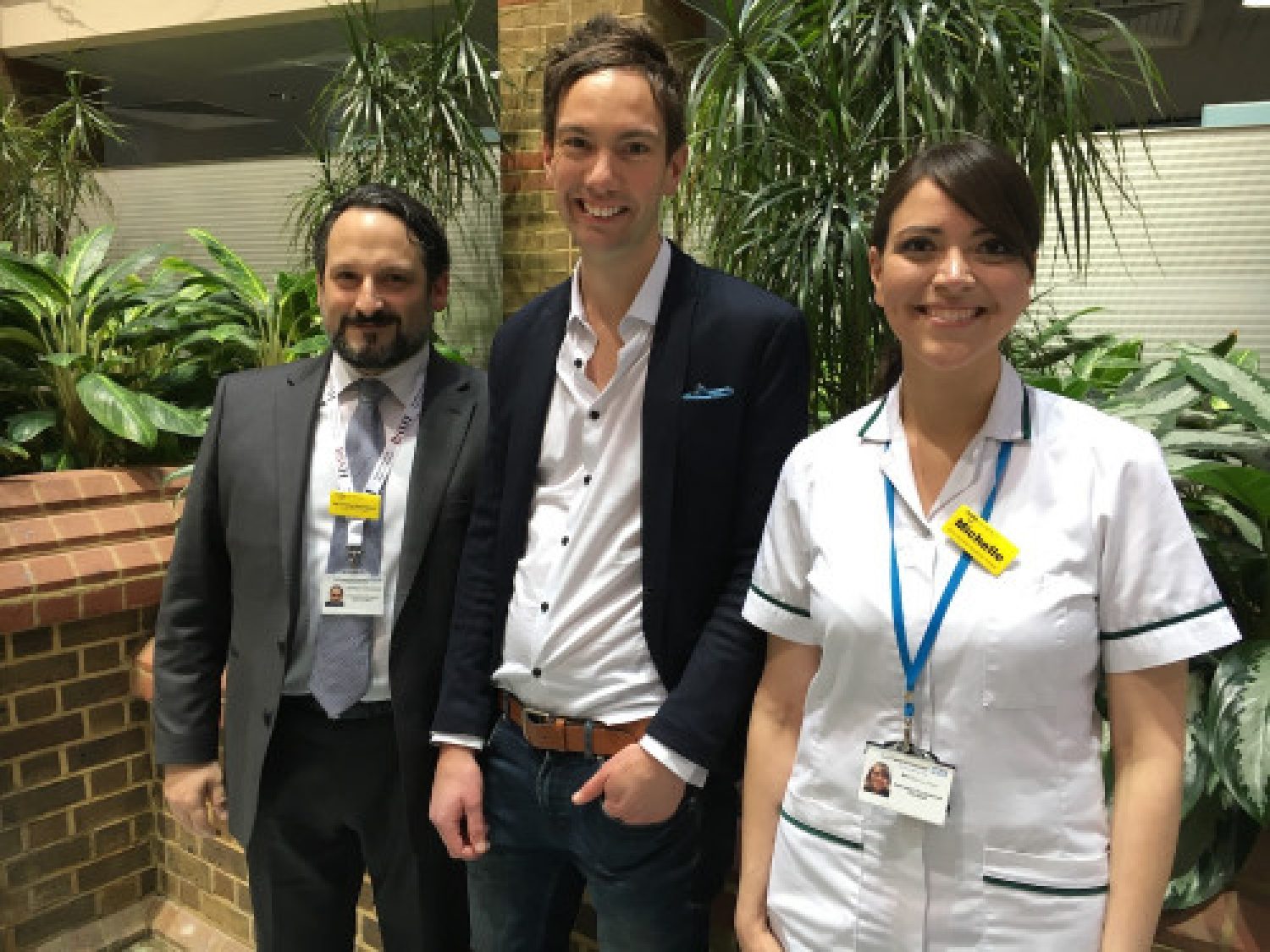 Thanks to the treatment received Olding, who lives in Pimlico, London, is now “able to do pretty much everything I could do before”, and earlier this year raised more than £2,000 by running his first marathon to help other orthopaedic patients.

“I am so proud of the wonderful progress Laurence has made,” said Garagnani. This really was a team effort which shows the vital role hand and wrist specialists can play in restoring function and feeling.

“The coordination and communication between the surgeon, the hand therapists and the patient is very important to achieving best possible outcomes. Laurence was a hugely positive and upbeat patient, which played an important role in his recovery’.”