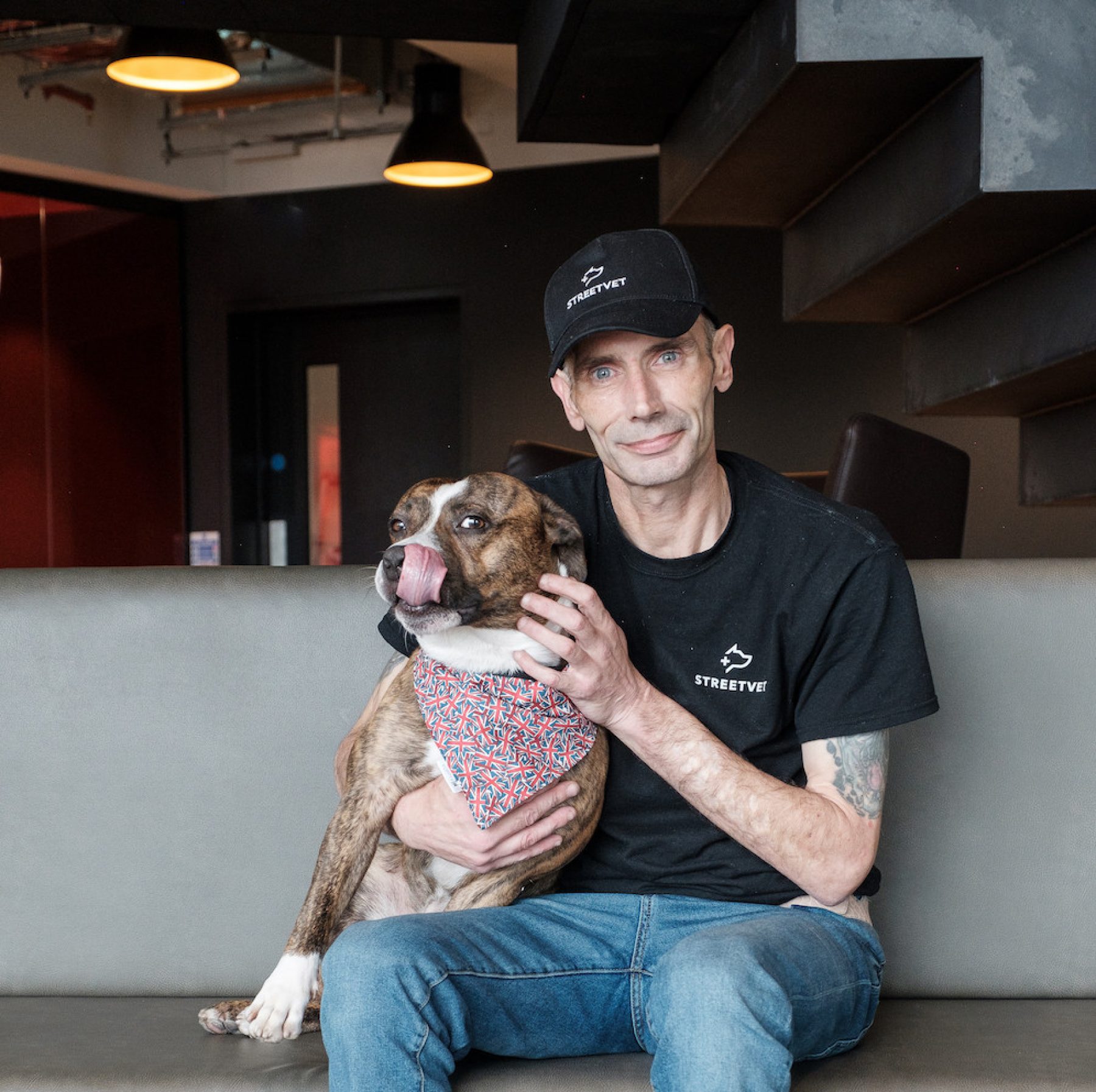 The vets who help homeless animals

For many people who live on the streets, their bond with a pet can be a lifeline. We meet the volunteer vets who help homeless animals – and their owners

For many people who live on the streets, their bond with a pet can be a lifeline. We meet the volunteer vets who help homeless animals – and their owners

Andy Hutchins spent 15 years living on the streets, addicted to heroin and committing crime to feed his habit. But when he bought four-week-old Staffordshire bull terrier puppy Bailey on the day he left jail in 2011, his life changed forever.

Now Hutchins has a home, is training to be an outreach worker and is writing a book about his life. It is all, he says, thanks to StreetVet, a social enterprise that helps homeless pet owners. StreetVet works with 300 volunteer vets and nurses, who cover eight cities in the south of England. In the north, the Street Paws charity deploys 175 volunteers at 18 locations. Both organisations formed in 2016, initially as outreach clinics based at soup kitchens.

They treat dogs most commonly, but both organisations have also cared for cats, and volunteers at StreetVet have treated a snake and a scorpion too.

As the pets’ owners collect items like food parcels and toiletries, their dogs receive health checks, vaccinations, and flea and worming treatments. It costs Street Paws £110 per year to treat each dog, and if vets spot anything requiring further treatment, arrangements are made for tests and surgery. 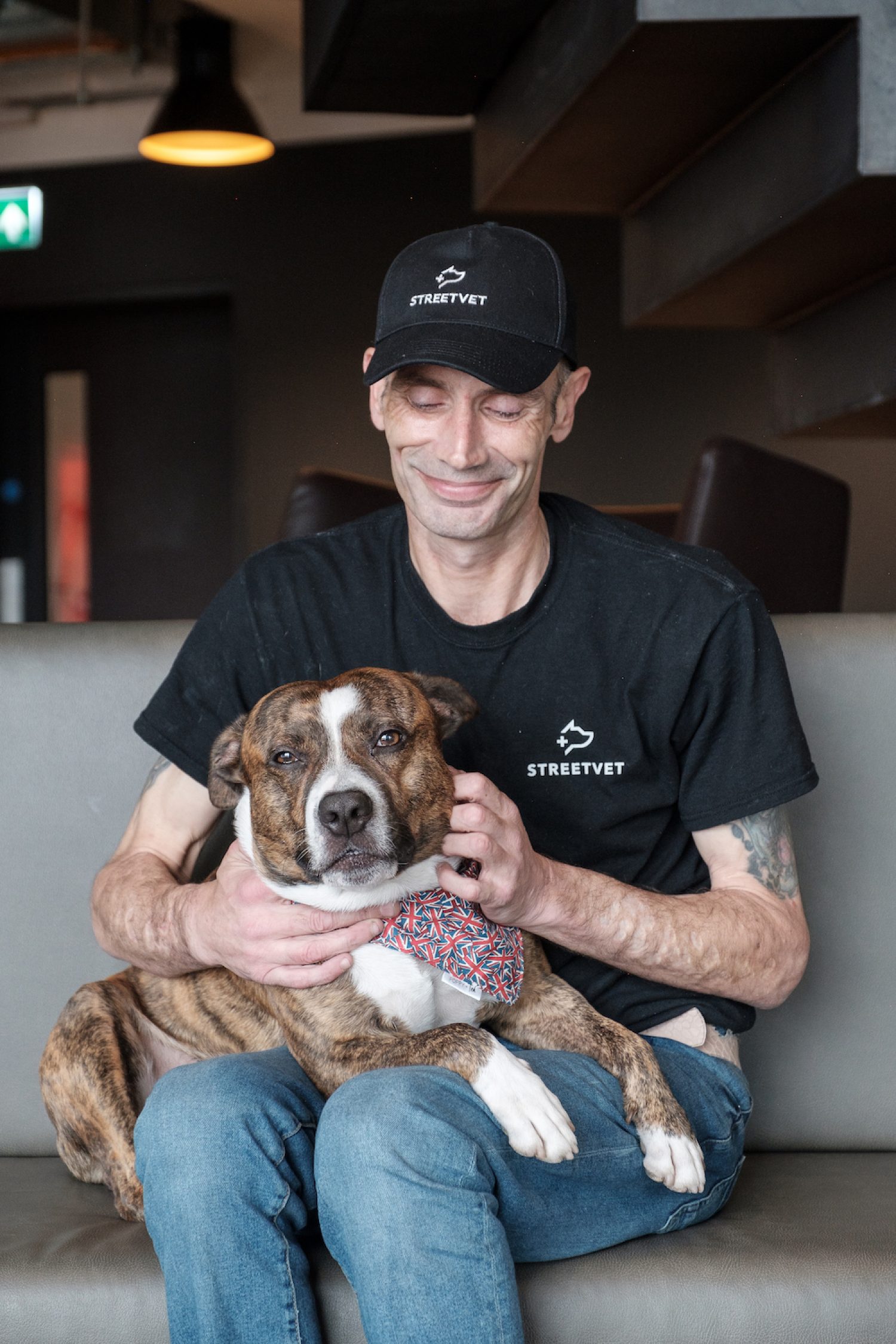 Funding comes from donations from members of the public and from the veterinary industry. For pet owners, the services offered are completely free.

The organisations provide food, bowls, collars and leads, pet coats, jumpers and beds, all of which have been donated by well-wishers. This winter, Street Paws has already given out 50 sample-size John Lewis duvets as dog beds.

“I started StreetVet after seeing a dog with a skin condition while off duty on a night out,” explains co-founder Jade Statt. “If my dog was suffering and I couldn’t do anything, I’d be heartbroken.”

Michelle Southern, a former practice manager at a national veterinarian chain, rallied colleagues to start Street Paws after seeing a homeless man and his dog while volunteering for a charity in Newcastle. “I realised there was help for him, but not his dog,” she says.

The umbrella organisation Homeless Link estimates that 4,751 people slept rough in the UK in 2017. While there is no data on how many of these people have pets, Statt and Southern say it is a myth that dogs are used by homeless people to make money. “People go without food so they can feed their dogs,” notes Statt.

Because most hostels do not accept dogs, owners have to sleep rough in order to stay together. Any change in circumstance – for example moving from accommodation to the street – causes anxiety for dogs.

Homeless dogs have to cope with noise, strangers, and being on the move, as well as the cold and rain. 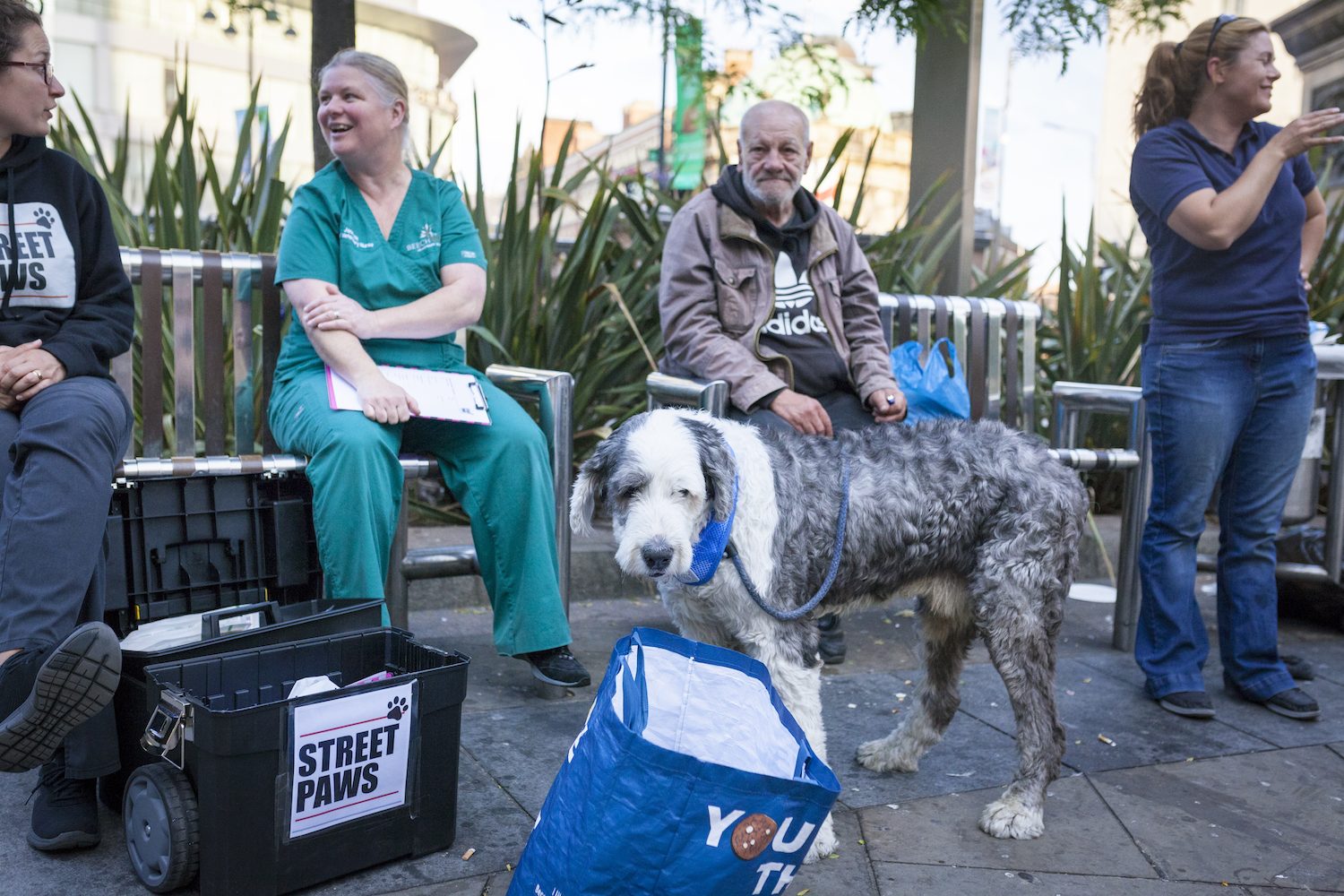 “Dogs tend to fare better as they can keep warm in their owner’s sleeping bag,” says Southern. “It’s the people who struggle, physically and emotionally. If they need hospital care, we arrange for dogs’ homes to care for their pets while they recover.”

One solution could be pet-friendly hostels. Street Paws is working with Beacon, an organisation that has three hostels in Leeds, to open a kennel block next to one of the hostels this year, so that owners have a bed and know that their dog is safe.

For now, it can help when passers-by just show a little kindness. “Asking a homeless person if they’re OK and buying them a warm drink or some food for their dog means so much,” says Southern. “When you listen to their stories, you realise it could happen to anyone.”

In pictures: the vets who help homeless animals 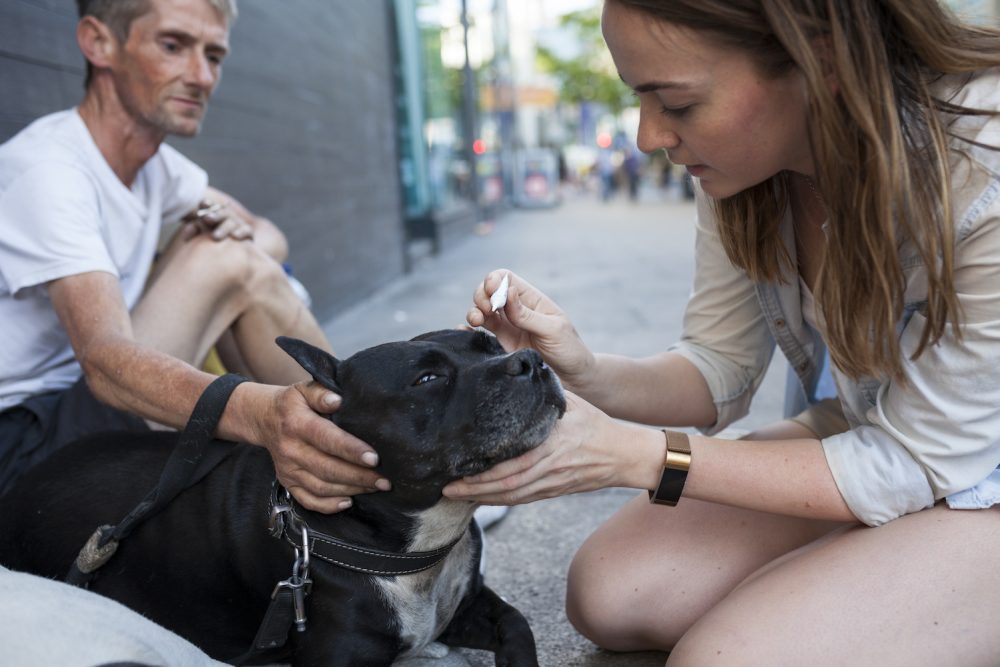 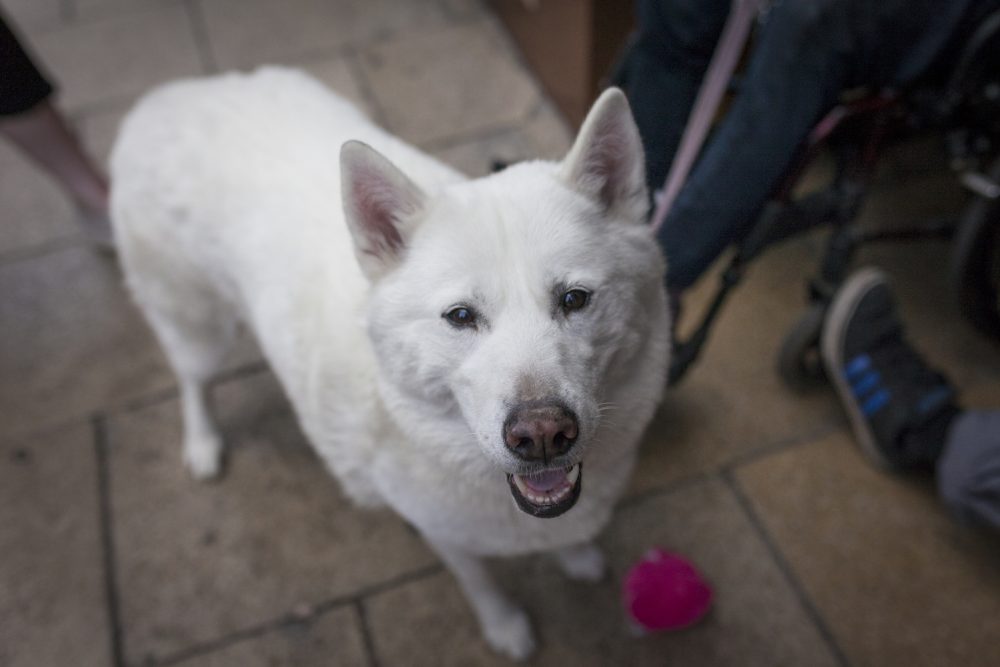 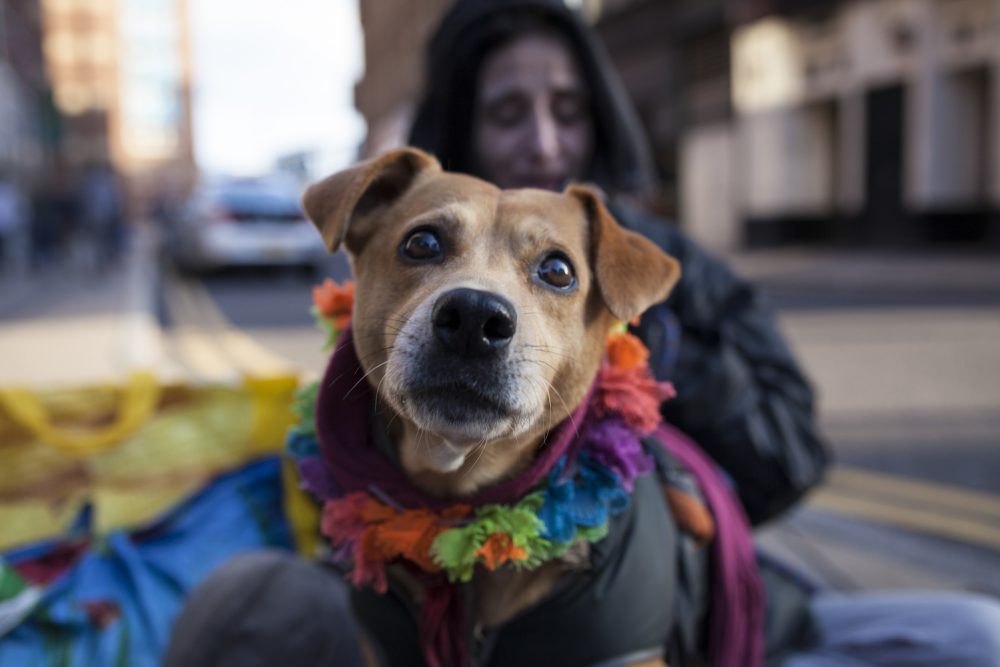 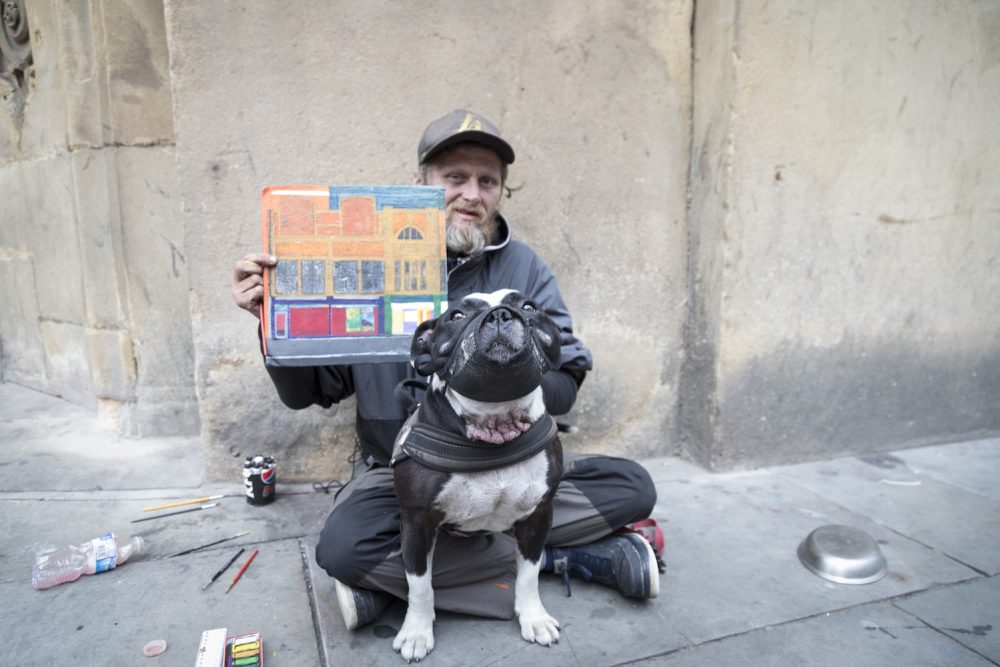 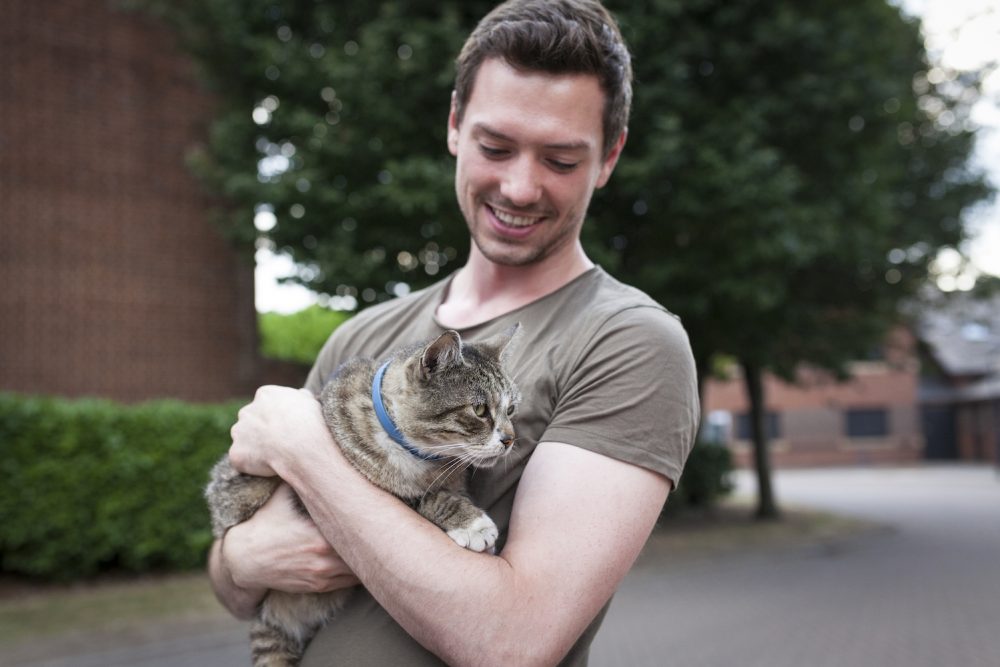 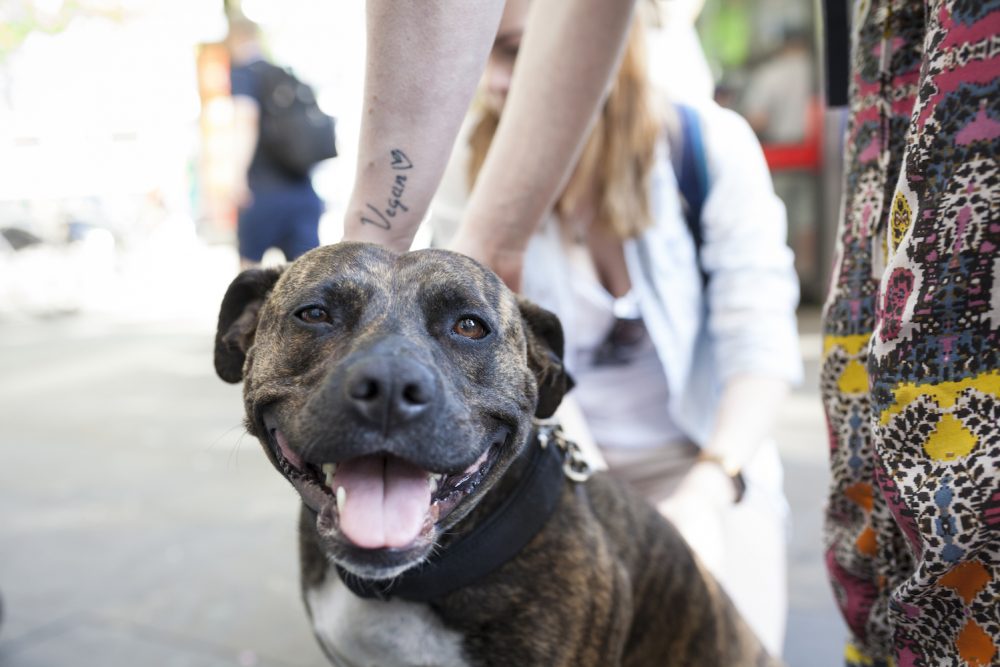 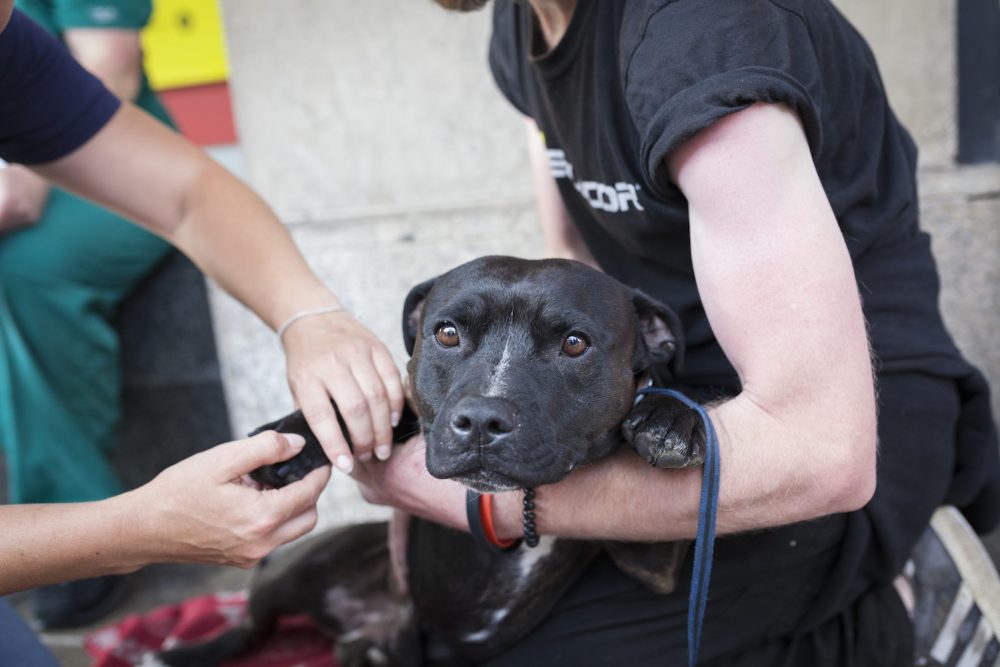 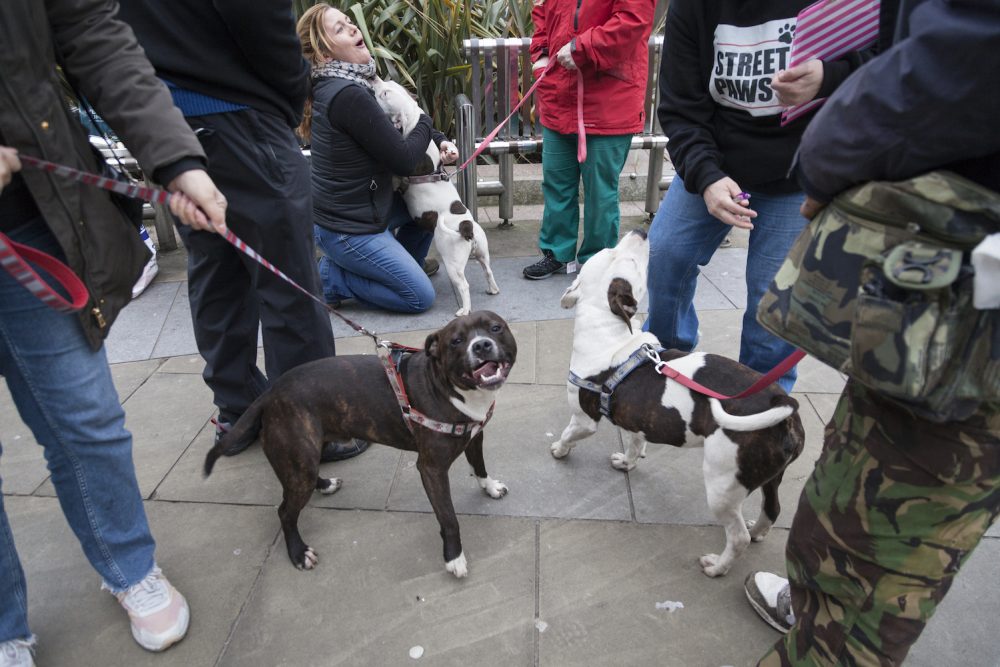 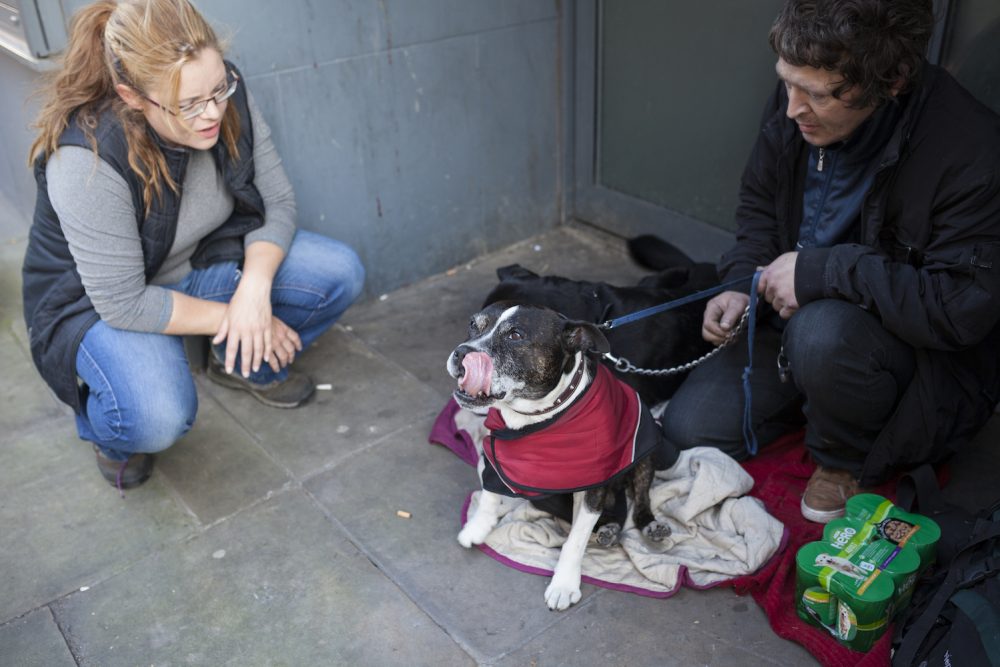 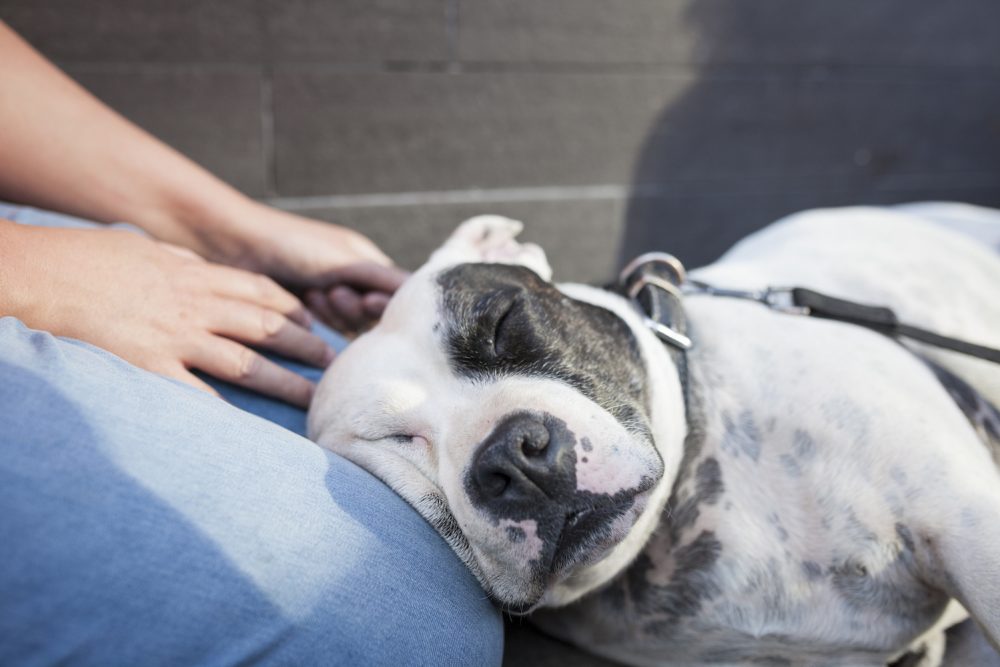