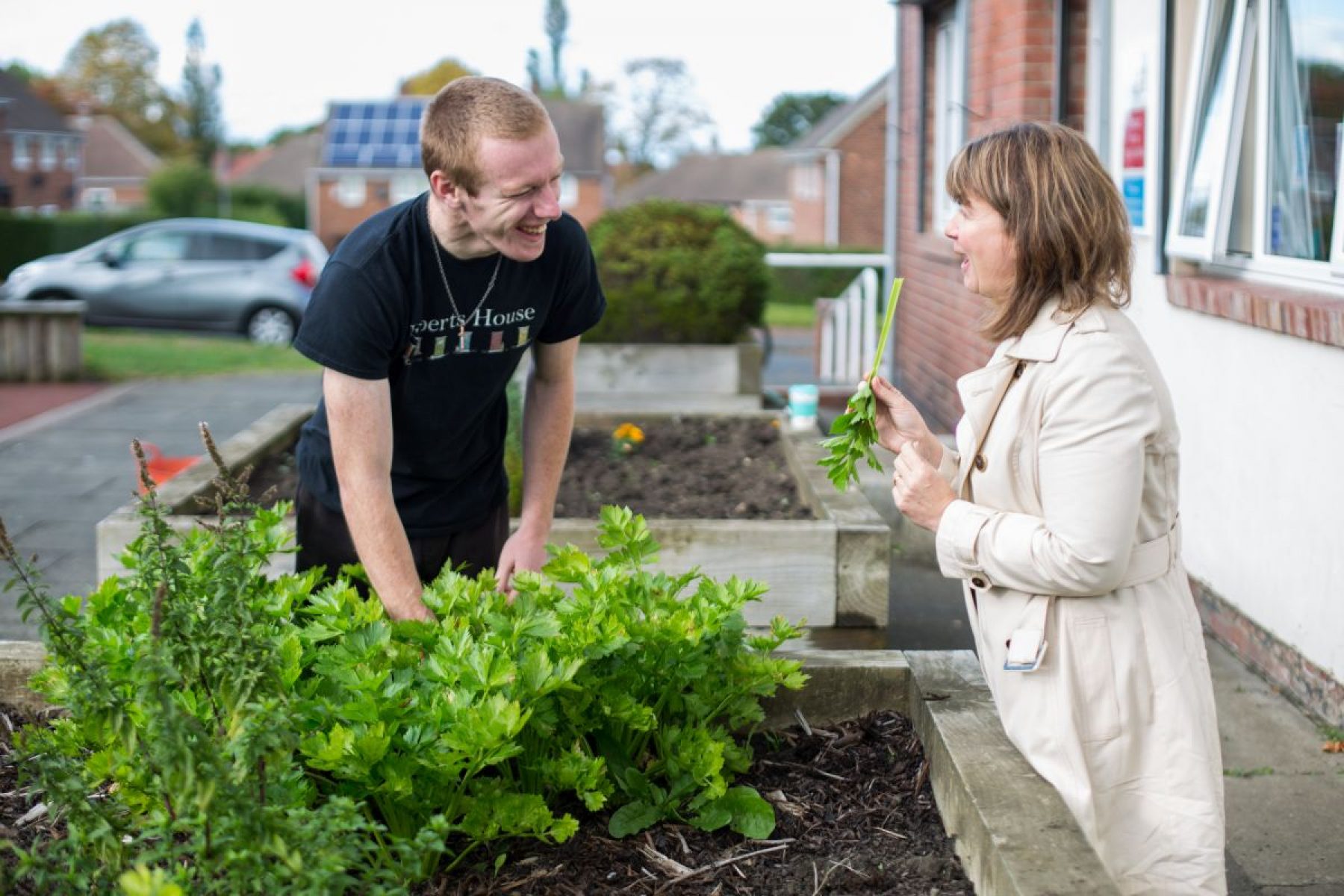 Bryan McDonald, a retired construction worker from North Tyneside, has spent his entire life living in Longbenton, which until recently was considered one of the unhealthiest communities in England.

“It was a massively deprived area, a place to get out of,” he told Positive News. “Now it’s a place you want to live in. The community has gone from strength to strength. When you walk around, everybody’s talking. I think it’s become healthier – I feel healthier.”

The positive change has been driven by a resident led project called Local Conversations, which brings people together at a time when public services have been hollowed out by austerity and many local community spaces, such as pubs, have closed.

As well as tackling loneliness – which was found to be as bad for health as smoking in a 2017 US study – the project has given residents a say in local decision making, which led to the creation of a community garden.

“We couldn’t access fruit and vegetables before,” said Tracey Embleton, another Longbenton resident. “Now we grow our own.”

There are also regular activity groups and free courses to boost people’s job prospects; around 220 residents have been helped into work so far.

Local Conversations is supported by Justice Prince, a local community organisation, and has received funding from the charity People’s Health Trust.

The project is a rare success in England, where, according to a report by University College London’s Institute of Health Equity and The Health Foundation, life expectancy is stalling.

The report praised Local Conversations as an example of a positive response to health inequality; another commended project was Edberts House in East Gateshead, also funded by the People’s Health Trust.

Edberts House creates communal spaces on estates, where people can take part in activities, enrol on to courses or just hang out.

The project involves residents in decision making and provides non-clinical support to patients at GP surgeries.

“We’ve seen a 24 per cent reduction in the amount of GP appointments being made by patients we saw,” said Sarah Gorman, CEO of Edberts House, who claims anti-social behaviour has fallen sharply. “When we started, 14.7 out of 100 tenants were involved in anti-social behaviour – now it’s 0.7.”

Although such projects demonstrate the role of social connections and the importance of enfranchising communities, the People’s Health Trust says reducing health inequality is ultimately the responsibility of the state.

“There needs to be clear and decisive action from the government to stop this alarming trend,” said John Hume, the charity’s chief executive.