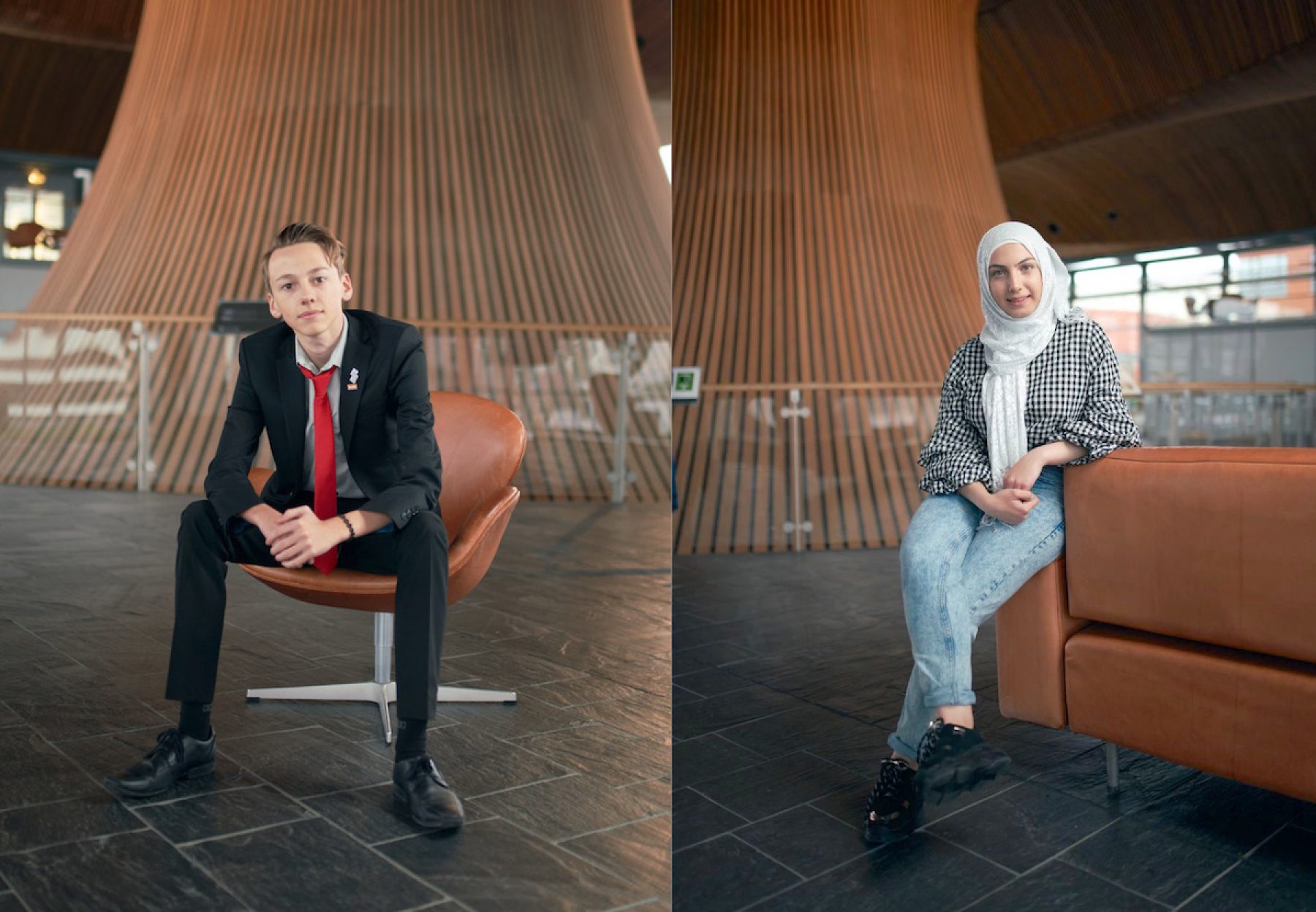 Lloyd Mann, 15, was on the bus home from school in Monmouthshire when he noticed he had a missed call. “I thought it was probably spam, but was in the mood to call back, just for fun,” he says. What Mann found out when he returned the call was a shock; he had been elected into the very first Welsh Youth Parliament (WYP). “I was ecstatic,” he says. “I almost punched the seat in front of me in excitement and couldn’t hide the smile on my face.”

The WYP was set up in late 2018 by the National Assembly for Wales to give young people across the country a voice. It has 60 members, to mirror the Assembly. Of these, 40 were voted for by young people in their constituencies. The remaining 20 have been chosen by a diverse range of partner organisations, to represent BAME young people, carers, the LGBT+ community and deaf students, among others.

Its main purpose is to give young people a say on the issues that matter to them, Delyth Lewis, the WYP’s manager, says. “It’s also for them to understand how politics works, and for young members to act as ambassadors for their school, community and friends,” she says.

This is important because, despite an increase in youth turnout across the UK in the 2017 general election, young people were still shown to be less likely to vote than older age groups. WYP organisers believe that elevating young voices will help to engage them in politics.

Members, who are all aged between 11 and 18 years old, will serve in the parliament for two years, after which new representatives will be voted in. Like Mann, they are excited about the opportunity. “I used to think politicians were boring,” says Sandy Ibrahim, 15, member for the Ethnic Minorities and Youth Support Team Wales. “But I’ve changed my mind. They’re people who want to make change and that’s what I want to do, too. I want to help young people who come to Wales from abroad, so they have a positive opinion of the country.”

Maisy Evans, 16, who represents Torfaen in South Wales, also wants to create change for teenagers. “A lot of people in politics ignore us – too often, in my opinion,” she says, “but now we have a platform and a voice.”

The founders looked at examples of other youth parliaments around the world for inspiration. “We looked at models in Scotland, New Zealand, Pakistan and elsewhere,” Lewis says. The WYP most closely resembles the Scottish model, which was set up in 1999. However, Lewis says she believes the new Welsh version is more closely linked with parliament. 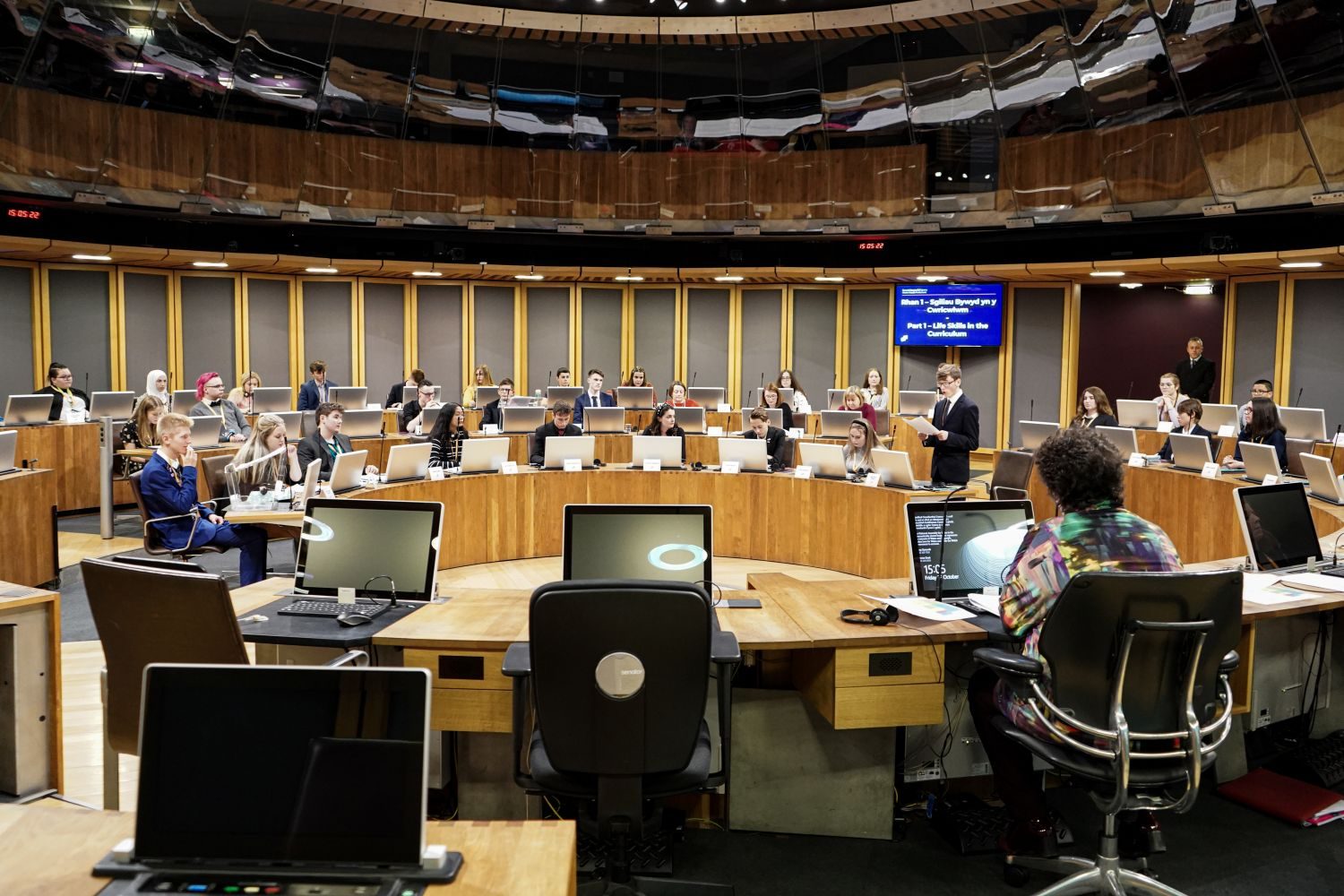 The Welsh Youth Parliament’s session in October 2019. The WYP’s areas of focus are: littering and plastic waste; mental health and wellbeing; and life skills in the school curriculum. Credit: Welsh Assembly

After it was set up, the WYP had its first full meeting in February 2019, in the Senedd building in Cardiff, where Assembly Members (AMs) meet. Each young member was given the chance to stand up and propose a topic they thought the WYP should focus on. They then voted on three issues to prioritise. The final three were: littering and plastic waste; mental health and wellbeing; and life skills in the school curriculum. During their term, the WYP will put together a report on each of the topics, and AMs have committed to listen to the findings.

Angel Ezeadum, 14, who was elected through the Race Council Cymru, says that speaking in the Senedd building, with its wood-lined debating chamber, has been a highlight. “I was nervous about speaking in front of [politicians], who are role models, but it was better than I ever expected,” she says. Ezeadum joined the WYP “to inspire other minorities to get involved in politics”.

“You can’t just sit back and wait for other people to do it, you’ve got to take action yourself,” she says. 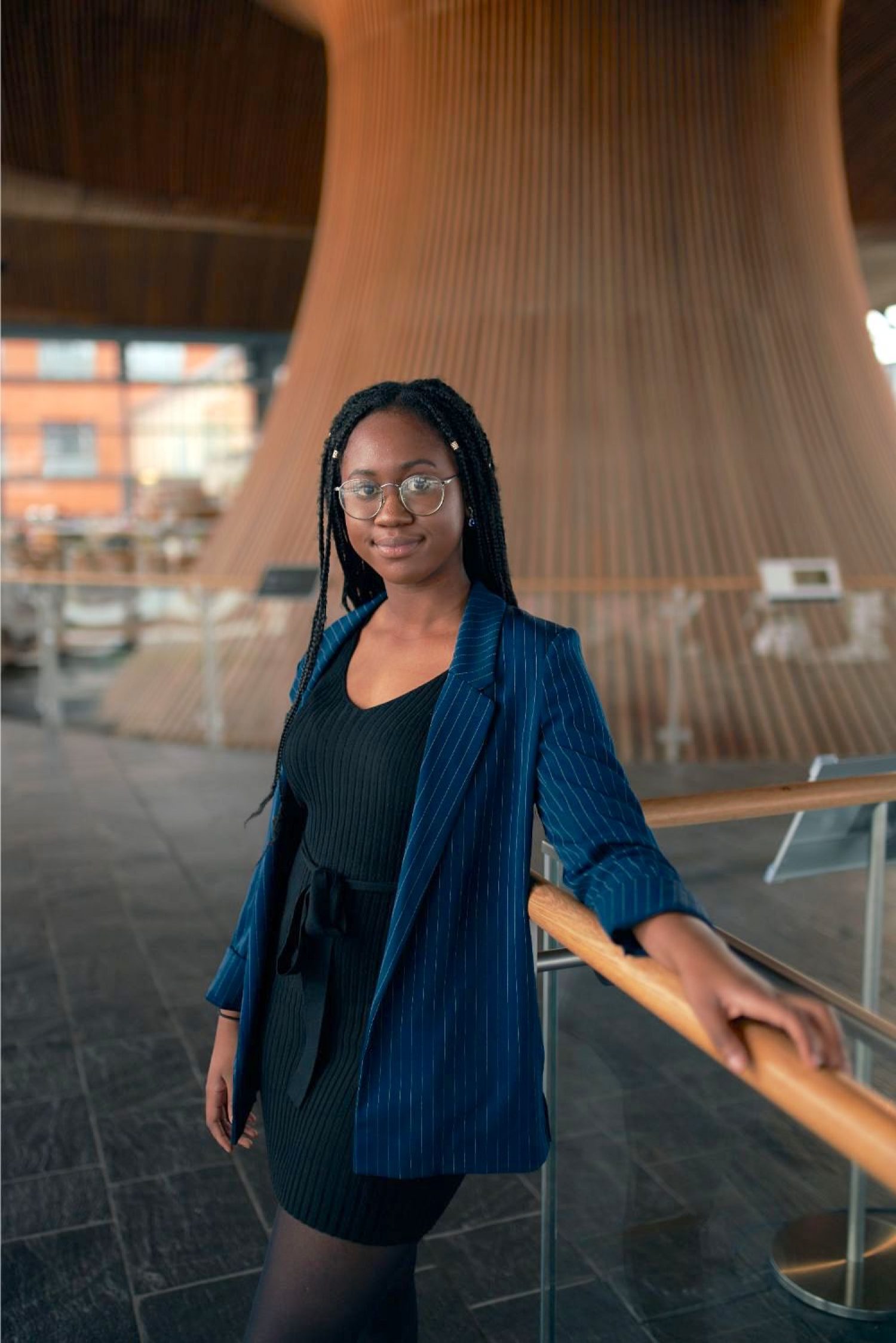 Sophie Billinghurst, 17, who represents deaf and hearing loss children for Talking Hands, also says talking in the Senedd has been a highlight. “I used sign language to introduce myself,” she says. “Deaf children deserve a say in what happens, so I want to be their voice.” Billinghurst wants to help young people like her sister, who has hearing loss.

After the initial meeting, the WYP decided it would focus on life skills in the curriculum first. The members consulted with young people they represent through in-person consultations and social media, to get their opinions. They also held a series of regional meetings, hosted by trained teachers and youth workers, to discuss their progress. 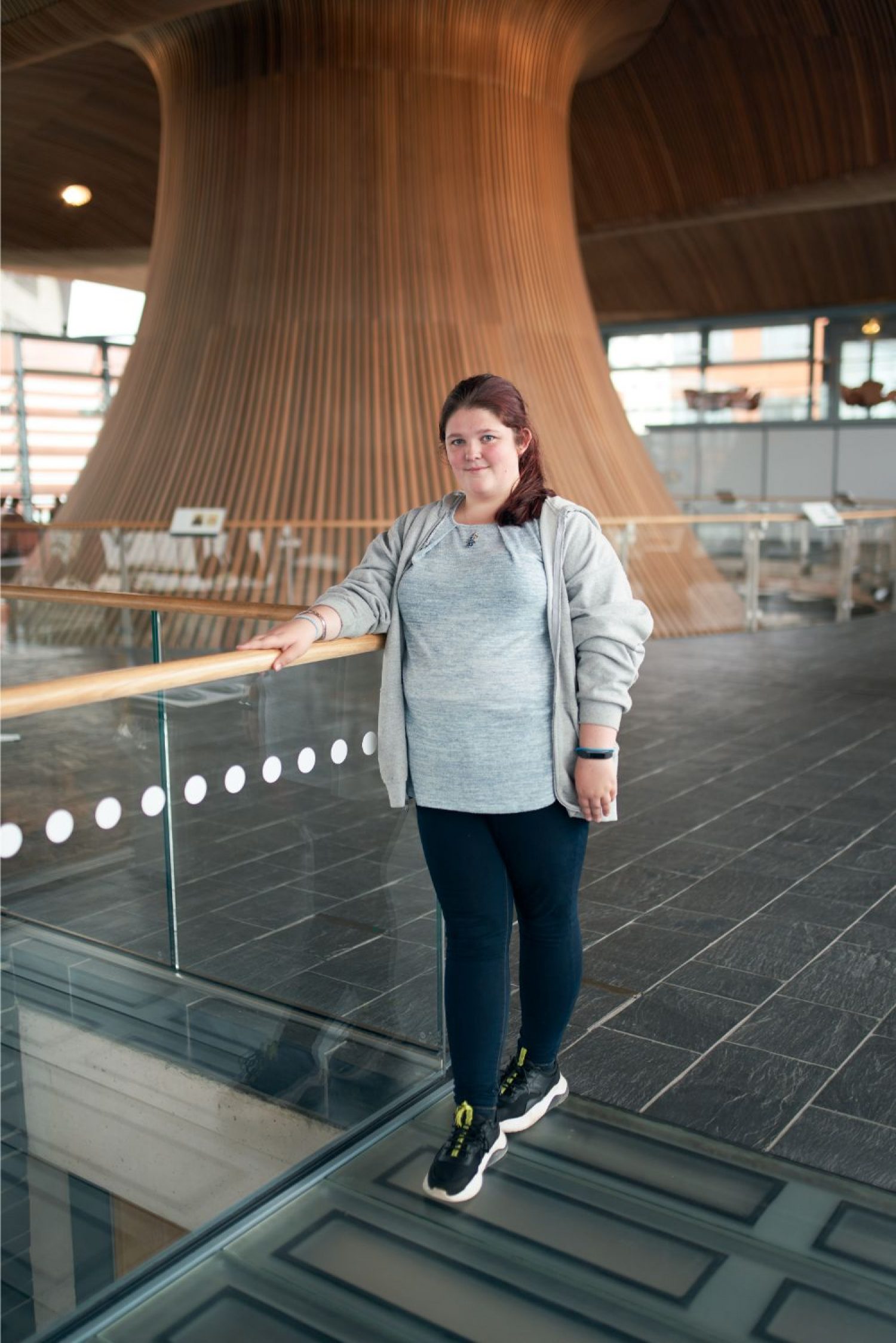 In their first major report, released in October, the WYP highlighted inconsistencies in how life skills – such as first aid training, financial literacy, diversity, and mental health and wellbeing – are currently taught across Wales. The parliament members made 13 recommendations, such as that a life skills coordinator be appointed within every school and that core life skills should be agreed upon, so there is consistency across the country.

Kirsty Williams AM, the minister for education in Wales, addressed the report’s recommendations in the WYP’s second full meeting in the Senedd, in October. “We need to be doing more to support our teachers,” said Williams. “We need to invest in their development to ensure they have the right tools to deliver life skills education effectively.”

A lot of people in politics ignore us, but now we have a voice

The WYP isn’t without its limitations, however. AMs have committed to listen to its members, but it doesn’t have any powers in law. The challenge is to get the right balance between pushing boundaries, while also being realistic about the amount of change we can achieve, Lewis says. “A lot of young people want to change the world, which is amazing,” she says. “But it’s about making sure we’re realistic in what we can achieve in the two years.”

This hasn’t muted their ambitions, though. Jonathan Powell, 17, representative for Wrexham, who wants to promote arts in Wales, has no doubt they will make an impact. “Hand on heart, I can say it’s not just a talking shop,” he says. “We have done a lot of talking, but we’ve done a lot of work as well and Assembly Members are listening to us.”

The WYP has already encouraged many more young people to get involved in politics. More than 13,000 teenagers signed up to vote for their representatives in late 2018 and many schools arranged their own polling days to encourage them. Every seat across the 40 constituencies was contested too, organisers say. 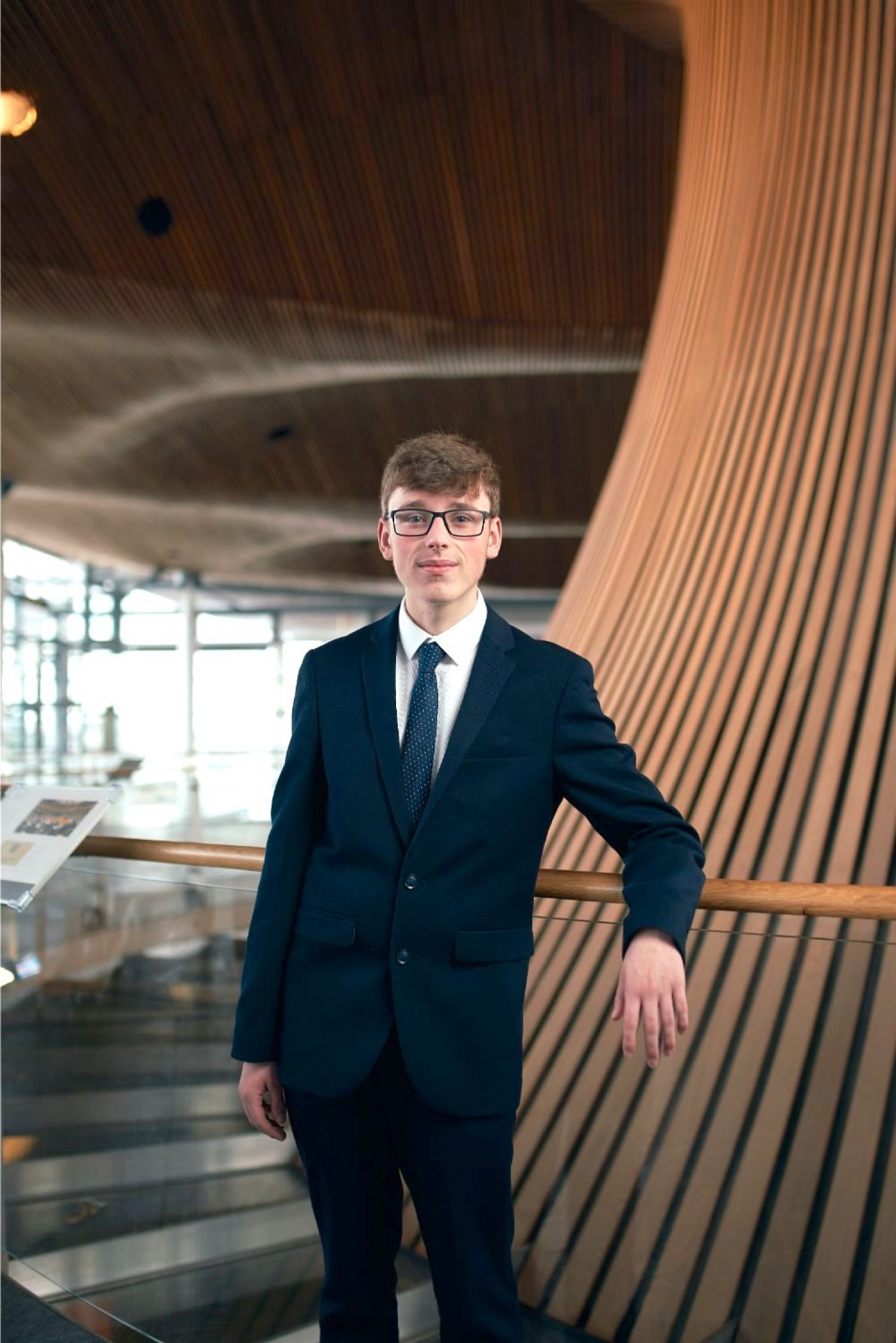 The WYP members have also been asked for their views on current legislation going through the Welsh Parliament, which, if passed, would lower the voting age to 16, following the example set by Scotland.

Elsewhere, teachers can use the WYP to spark discussions about politics in the classroom. Nia Jones, deputy head teacher of Ysgol-y-Wern school in Cardiff, says she has drawn her pupils’ attention to the WYP. “I think it’s an excellent idea, it’s so important,” she says. Jones says that schemes like this help schoolchildren feel connected to political issues. “We have a past pupil who is a member. It’s good to give them these opportunities, so they can see what’s possible,” she says.

In its first year, the WYP has already had a big impact on the young members themselves. “I’ve learned a lot. Not only about politics, but about myself,” says Evans. “I’ve found out it’s possible to be heard and that gives me confidence.”

The first WYP sets a foundation for what’s to come. “We’ve set the bar, but we hope it can be raised further as the years go on,” says Ezeadum. “The work doesn’t stop once we leave.”

For Mann, the WYP has surpassed even his initial high hopes. “It’s been more than I expected,” he says. “When we all walked into the Senedd and sat down, in an actual government building, that’s when I thought, wow, this is something quite significant.”

Lewis has been impressed by the level of respect the diverse young members have shown for each other. “It’s really refreshing in this day and age,” she says. “I’ve seen that great things can happen when you give young people a platform.”