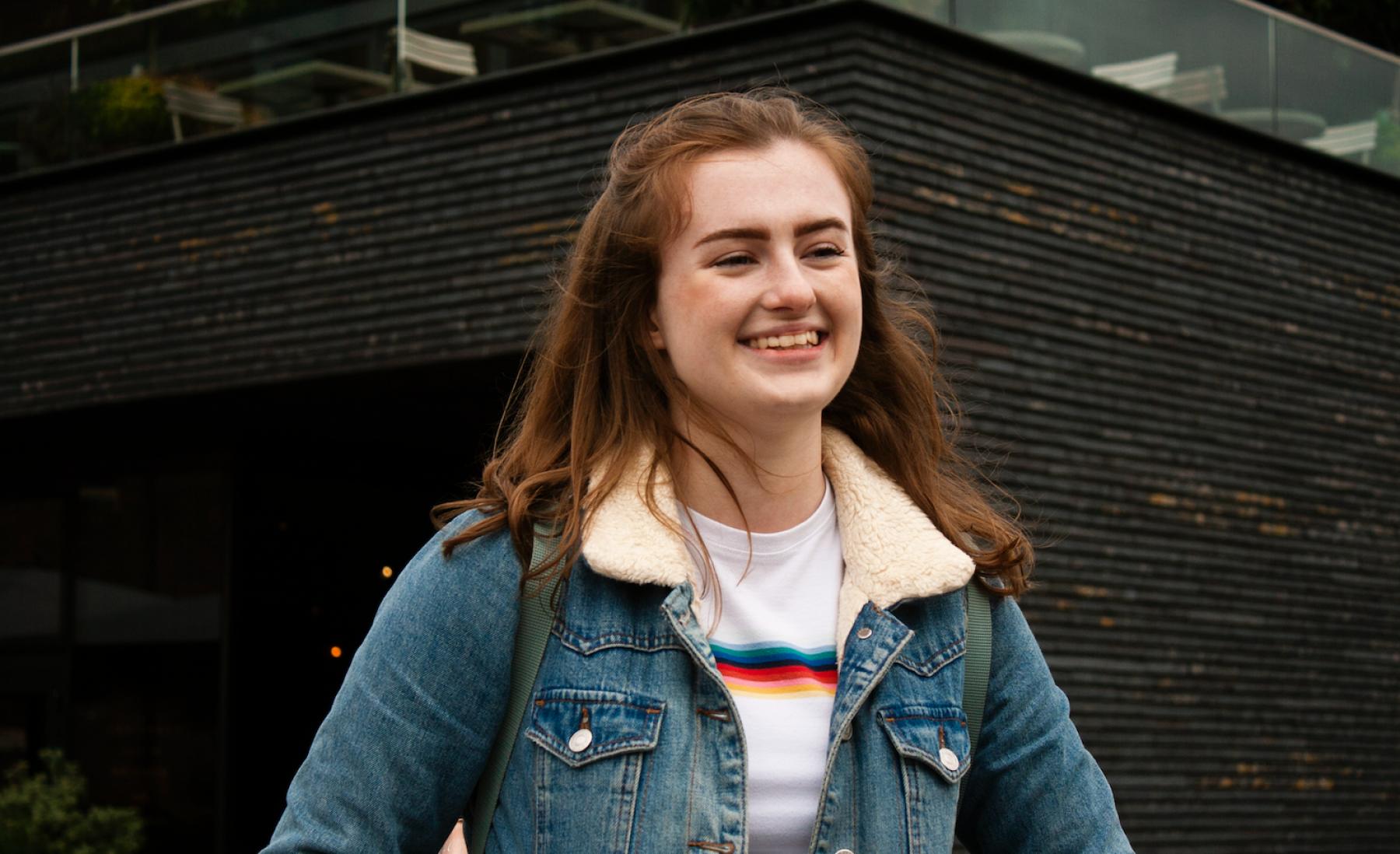 ‘The next generation of journalists is excited about doing things differently’

Lauren Geall, who is studying for a master’s in magazine journalism, explains why bringing more solutions into reporting is just one thing she is passionate about

Lauren Geall, who is studying for a master’s in magazine journalism, explains why bringing more solutions into reporting is just one thing she is passionate about

Growing up, I had the idea that news always had to be negative or depressing,” says 21-year-old Lauren Geall, a master’s student at City, University of London. “I would watch the evening news with my mum and it was always so dark and gloomy. Even when I began studying, my story ideas usually centred around what was going wrong. Who is responsible? How can I uncover it? Now, I’m consciously trying to unlearn that that always has to be the approach.”

Uncovering corruption and holding power to account are crucial to journalism’s purpose, Geall acknowledges, but she now believes it is possible to make a difference using words in other ways, too.

While studying for an undergraduate degree in English at the University of Exeter, Geall made her way on to the student newspaper. Students’ mental health was one of the subjects she found herself returning to. “I’ve suffered some problems myself, so I’m passionate about the topic. I realised I could help people by writing about it in a certain way, or at least prompt people to think about things differently,” she explains. “When it comes to my work, I want to know that what I’m doing has the potential to help others.”

Two years ago, Geall spotted Positive News magazine on the shelf at a magazine shop in Brighton, and was intrigued by the focus on solutions. “It’s so much more than ‘good news’ and it has made me think a lot about what does and doesn’t get reported,” she says.

“The threat of climate change, for example, is scarily real and when I read most of the news, I’m left feeling completely hopeless, like our fate is sealed. But reading about the people who are trying to fight environmental battles gives me a little bit of hope that everything is not lost.”

It is important that ‘solutions-focused journalism’, as it is often termed in the industry, is as rigorous as any other journalistic approach, Geall emphasises. “I like how Positive News approaches stories with a degree of cynicism too. It’s important to ask questions like: is this really working? Would this approach scale? As something that not many other publications are doing, that really stands out to me.”

When it comes to my work, I want to know that what I’m doing has the potential to help others

Come graduation in June, Geall would be happy to take on any position in the field – journalism is notoriously competitive – but her dream job would involve having time to research and craft long-form features on current affairs and lifestyle topics. “I also love design and layout, so to work on that side of things is another dream of mine.”

Her cohort of 40 at City are “all very passionate” and the atmosphere is “really positive”, Geall enthuses. She is keen not to reveal too much, but the next issue of the students’ in-house magazine analyses how journalism will change in the future: focusing on industry gamechangers and predicting that it will become ever more diverse.

“We all genuinely care about these issues,” she says. “From what I see around me, there’s a lot of hope for journalism.”