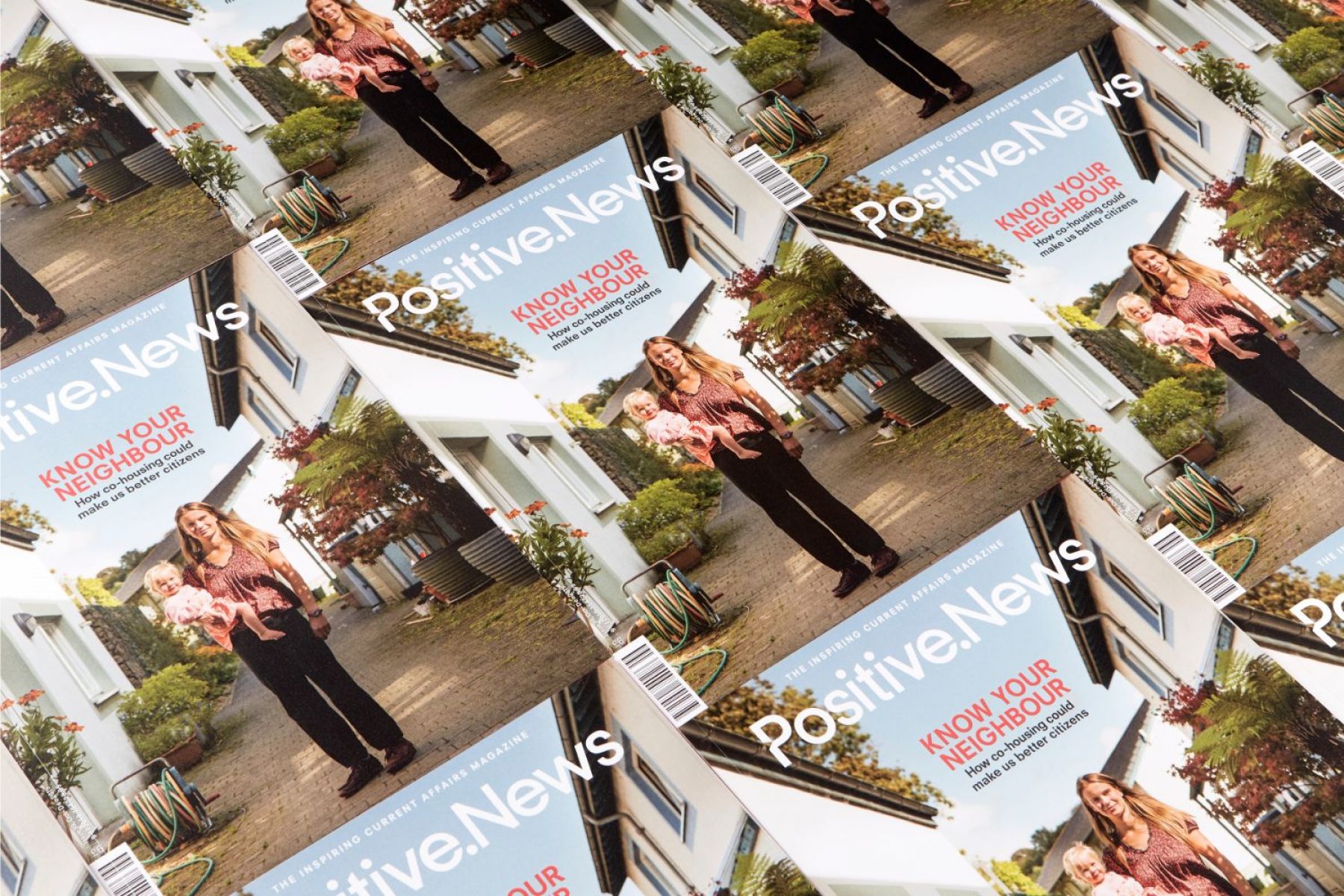 From making decisions by consensus to pulling together in a crisis, the Oct–Dec 2019 issue of Positive News magazine examines what co-housing communities can teach us about being better citizens

From making decisions by consensus to pulling together in a crisis, the Oct–Dec 2019 issue of Positive News magazine examines what co-housing communities can teach us about being better citizens

How well do you know your neighbours? Like most Londoners, I’d say: “not well enough”. I chat to the women who live either side of me when we’ve received each other’s post, and I say hi to the other dog owners in the block when I see them out walking, but that’s pretty much it.

Here’s a tougher question: do you trust your neighbours? For the cover story of the Oct–Dec 2019 issue of Positive News magazine, I visited Lancaster Cohousing and met its residents, who generously welcomed me into their home. There are plenty of benefits to living in an intentional community, but one of the overwhelming positives that came up in the conversations I had with people in Lancaster was how much they trust one another – even when they don’t always like each other.

Community living requires making a few changes, both practical, like learning to share a washing machine or a car with your neighbours, and psychological, like compromising with someone you profoundly disagree with. But, as one resident told me: “This is a giant experiment and we’re all doing it in our own way.” It’s a challenge that, ultimately, is making the residents better at empathising with each other; something that’s welcome in our current times.

Another space where a community-minded approach is reaping rewards is business. Last year, Guy Singh-Watson, founder of Riverford Organic Farm handed the controlling stake of his company’s shares over to its employees. He’s part of a wave of UK firms realising that employee ownership isn’t just a nice morale boost – it’s actually better for the business.

Doing things differently often requires fearlessness, too, and the pages of this issue of Positive News magazine are packed with stories of individuals and institutions that have been unafraid to forge a new path. Like Natalie Fee, activist, author, and the woman behind a plastic-free revolution who just four short years ago was a single mum struggling to make ends meet. Or Avon and Somerset police, who this summer took the radical step of referring young drug dealers to learn new skills that could help them find jobs or launch a business to break the cycle of reoffending.

Another idea that’s moving in from the fringes is the potential use of psychedelics to help treat mental health problems; we report on the growing body of research in this issue. But whichever story from the magazine uplifts you most, I hope that at the very least, this issue might inspire you to get to know your neighbours a little more.