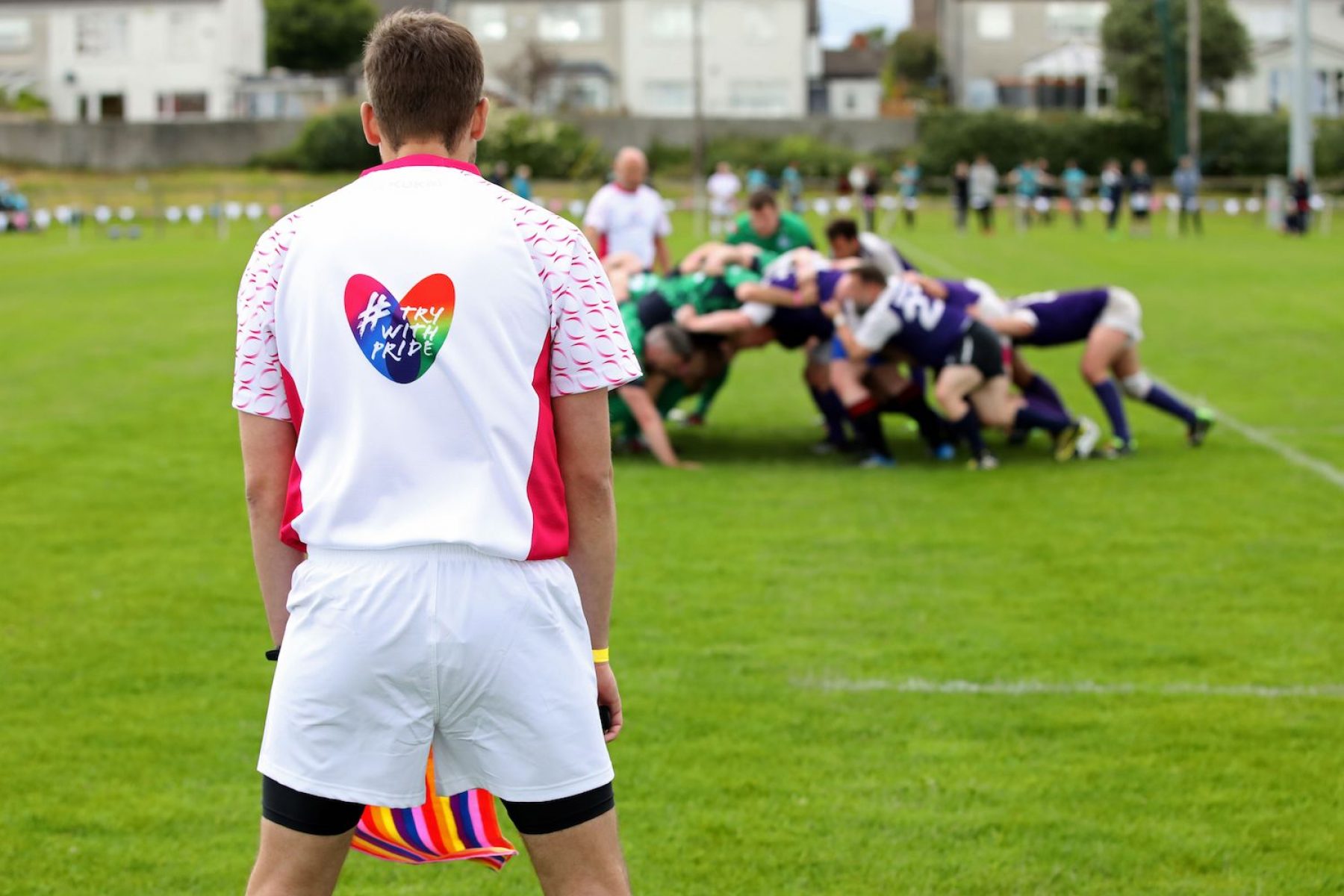 Ben Owen was 14 when he gave up playing rugby. He had told his teammates he was gay and, though they had seemed very supportive, Owen assumed they would feel more comfortable not to have a gay teammate.

He didn’t start playing again until a decade later, when he was living in Brussels and came across Straffe Ketten RFC, an LGBT-inclusive rugby team.

There are now 84 LGBT-inclusive rugby teams across five continents, according to International Gay Rugby (IGR), the membership body that represents them and of which Owen is chair.

The organisation was founded in 2000 to create safe spaces for gay men to enjoy the sport without fear of homophobia, as well as the chance to socialise with each other in an environment other than clubs and bars. Most recently, it welcomed teams in Japan, where the men’s Rugby World Cup tournament is currently being held.

As well as advocating for LGBT issues in rugby, the organisation helps new clubs get up and running and organises international tournaments. One of these, the Union Cup, (pictured above) was held in Dublin in June for the body’s European club members. Next year, the Bingham Cup, IGR’s tournament for teams worldwide, will host more than 70 teams in Canada, making it one of the largest international tournaments for amateur rugby players.

Some players, like Owen, had played the sport when they were young but “a large proportion start the season having never held a rugby ball before”, he said.

“We also encourage all our teams to get very involved in the local rugby community. I think that way we’re able to reach people who maybe have no other experience of LGBT people. There’s no better way to earn someone’s respect than beating them in a game of rugby.”

To mark the start of its 20th year, IGR will host its first Pride in Rugby weekend on 5-6 October, which will include a tournament in Japan as well as events run by member clubs around the world.

Although visibility of LGBT athletes has come a long way this century, there remains a way to go in many parts of the world. Earlier this year, Australian international rugby player Israel Folau posted homophobic comments on social media. Last autumn, gay former Wales captain, Gareth Thomas, was the victim of a homophobic assault.

“We’d definitely like to get to a point where we don’t have such a social mission,” Owen told Positive News. “But I still think LGBT clubs will provide something quite unique. Rugby provides a sense of family and a support network for people. We’re growing the game to a whole new demographic of people who might not have ever played rugby.”

Image: the Union Cup, an international rugby tournament, held in Dublin in June for the IGR’s European club members, photographed by Paul Faith