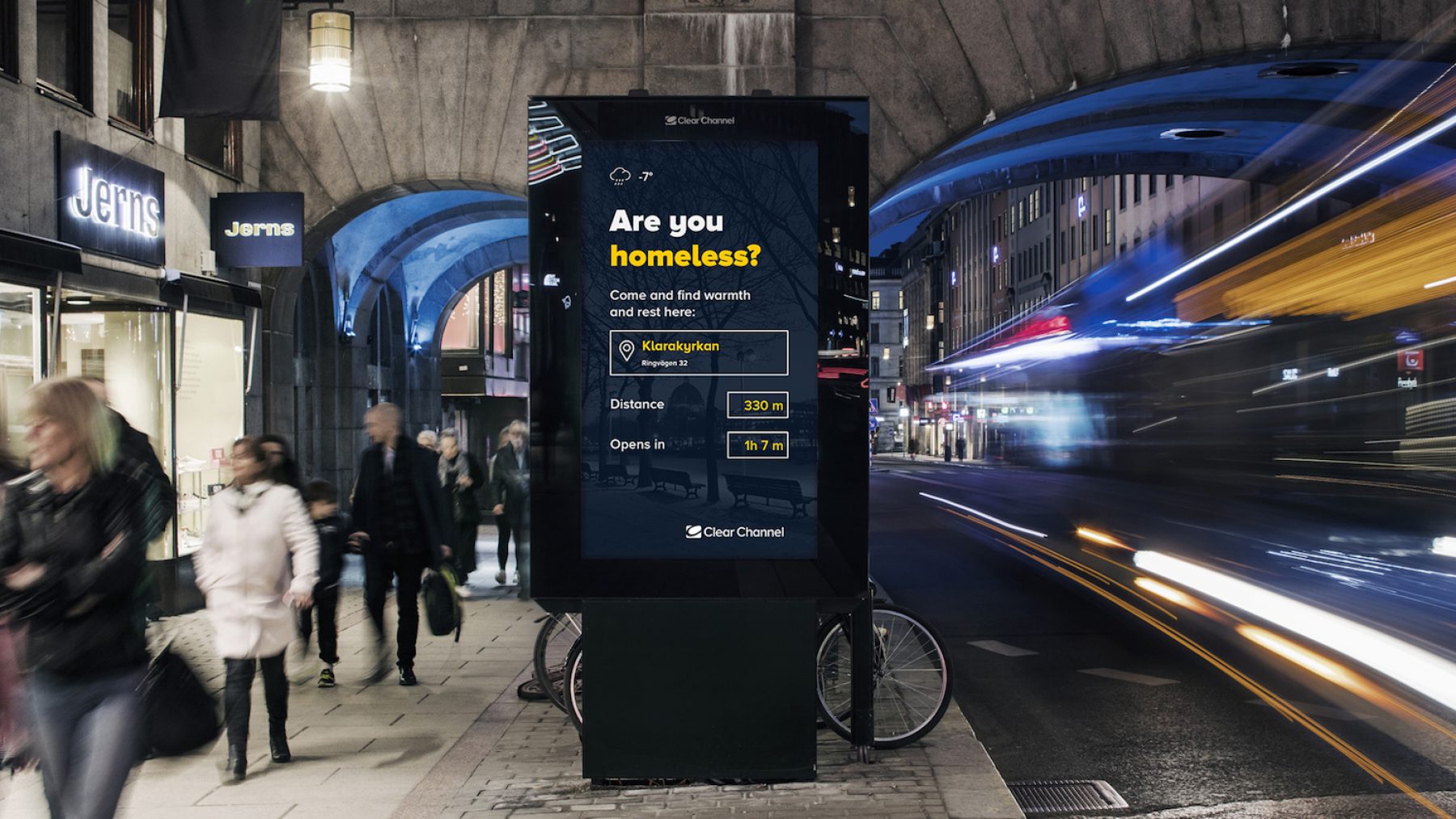 City replaces adverts with directions to homeless shelters this winter

In Stockholm, winter has struck, and temperatures are dropping rapidly. Amid near-freezing conditions, a new emergency system is being displayed in the city’s digital billboards. Its purpose is to guide homeless people to the nearest shelter. Behind the initiative is advertising company Clear Channel Sweden, which is replacing commercial adverts with information that they say could save people’s lives.

When the temperature hits minus seven degrees celsius, the city – working with churches and non-profit relief organisations – opens emergency shelters for people who are not covered by social services. But information about the shelters often doesn’t reach homeless people in time.

As well as showing homeless people where to find their nearest shelter, (pictured below in Swedish and English), the billboards will also inform city residents where to donate useful items and how to volunteer.

Magnus Helmner of the non-profit organization Ny Gemenskap, one of the organisations working to look after homeless people in Stockholm, said: “In the past we have had difficulties reaching homeless people with information in time, so this new system is incredibly important and something we think will make a big difference.” 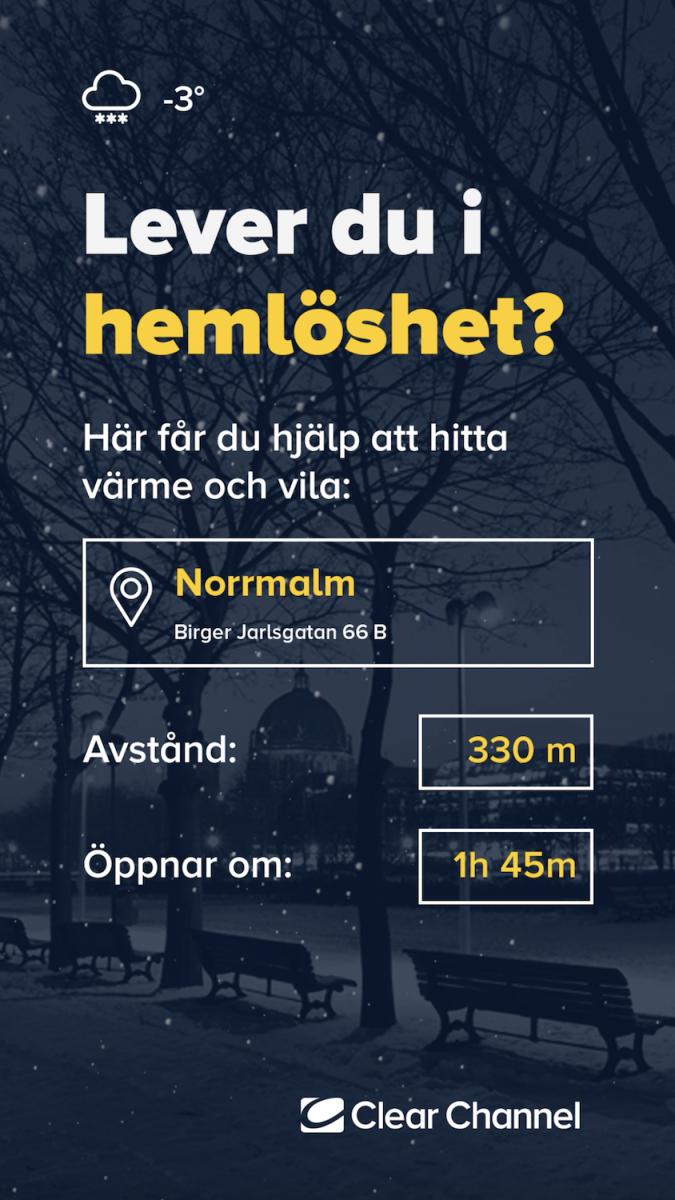 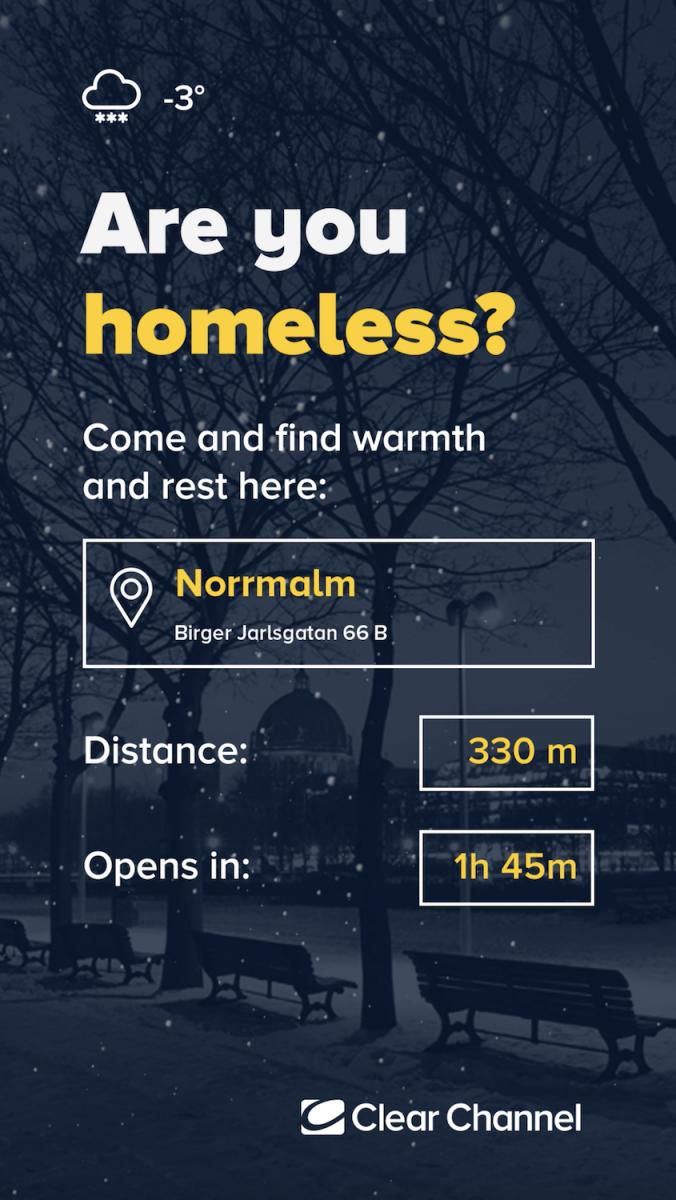 Ola Klingenborg, vice president for northern Europe of Clear Channel International, added: “Our billboards are located where people are, and thanks to technology we can develop solutions that can help both people and cities.”

The emergency system will be active in Stockholm throughout the winter, focusing on areas that are known to be gathering points for homeless people.