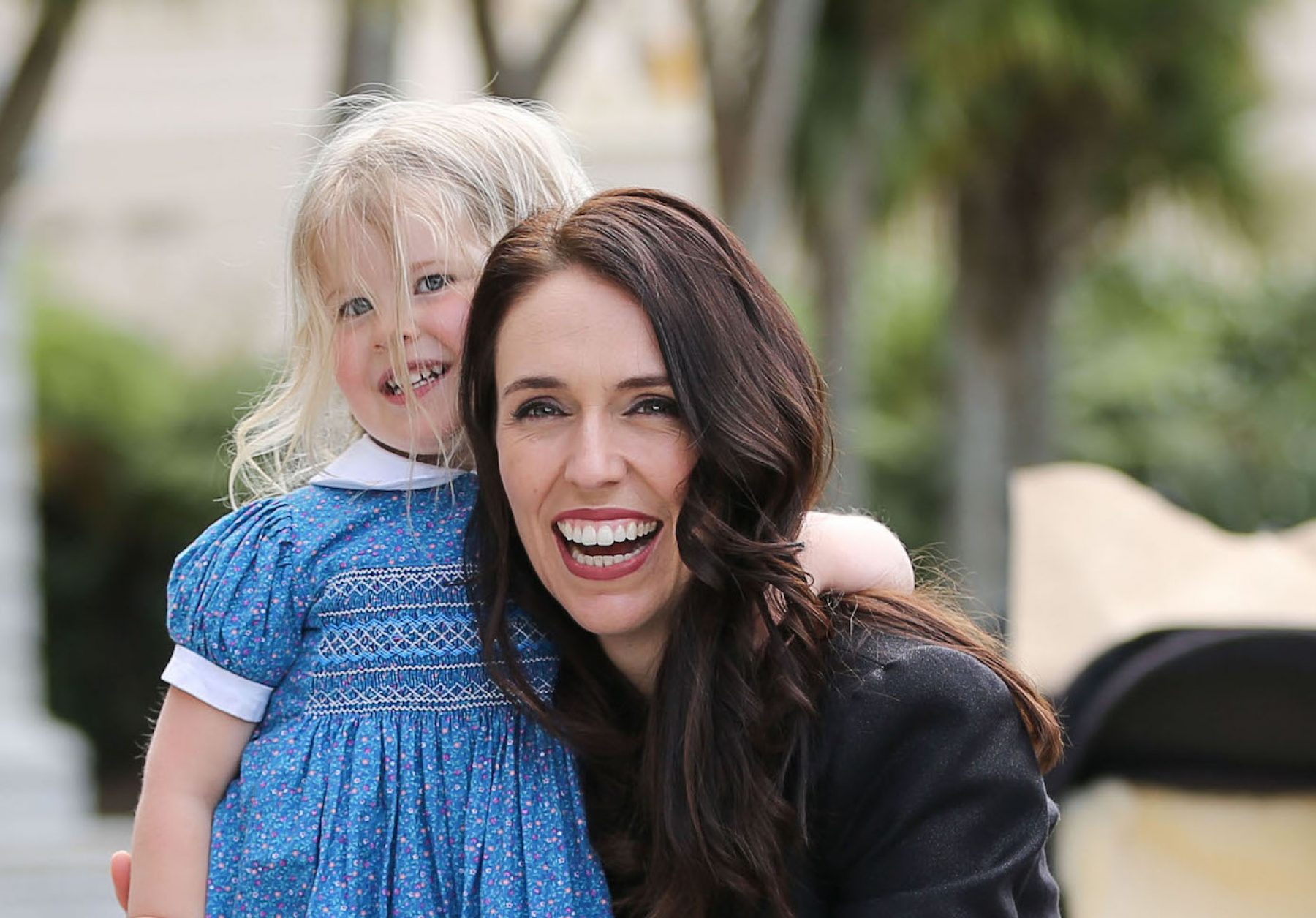 Bringing up a nation: New Zealand’s prime minister on combining family and career

She’s having a baby with a man she’s not married to, and he’s going to stay at home while she runs the country. Prime minister Jacinda Ardern tells Positive News how she hopes to make New Zealand the best place in the world to have a child

She’s having a baby with a man she’s not married to, and he’s going to stay at home while she runs the country. Prime minister Jacinda Ardern tells Positive News how she hopes to make New Zealand the best place in the world to have a child

In October 2017, just three weeks after becoming prime minister of New Zealand, Jacinda Ardern got a surprise: she discovered she was pregnant.

Fast-forward a few months, and the 37-year-old – variously branded “a pretty communist” (by right-wingers in New Zealand) and “the anti-Trump” (in an adoring Vogue profile) – is poised to become only the second world leader to give birth while in office.

The announcement sparked a global media frenzy, especially when Ardern made clear that she would take six weeks of maternity leave, then resume running the country. Her partner Clarke Gayford, who hosts a TV show about fishing, will become a stay-at-home dad. “I am not the first woman to work and have a baby,” Ardern told reporters. “We are going to make this work, and New Zealand is going to help us raise our first child.”

The news has met with near-universal support, even from her political rivals – a sign, she suggests to Positive News, of how far things have come since the 1980s, when pioneering female legislators fought for the right to breastfeed in New Zealand’s parliament building. “I remember – and it’s not that long ago – when parents taking their children into cafes and restaurants were, if not unwelcome, then definitely frowned upon. MP Ruth Richardson was vilified for wanting to breastfeed her baby,” recalls Ardern. “Thankfully all that’s changing.”

These days, she adds, parliament Speaker Trevor Mallard takes pride in running a family-friendly legislature, often holding babies while their lawmaker parents debate policy. “The more opportunities parents have to include their children in their daily ‘work’ lives, the better for everyone.”

Ardern is no stranger to the spotlight. Combining the camera-friendly youthfulness of Canada’s Justin Trudeau or France’s Emmanuel Macron, with carefully judged populism, she reinvigorated New Zealand’s Labour party when she took over the reins in summer 2017. She led it to a remarkable electoral comeback, becoming the world’s youngest female head of government.

I want my child growing up in a country where we all care about each other, about the now and about the future

It hasn’t all been plain sailing. Ardern’s meteoric ascent – dubbed ‘Jacindamania’ by the global press – culminated in her forming a coalition government in partnership with New Zealand First, a nationalist party that is frequently accused of racism and xenophobia.

Ardern’s challenge is ho told her awkward alliance together, while grappling with thorny political issues, including homelessness, environmental problems and entrenched inequality. Despite being media savvy, she has made a few missteps, and has been forced to promise to delay any major tax-policy changes until after the next election.

Along the way, Ardern has walked a fine line, seeking to capitalise on the buzz surrounding her political ascent, but also slapping down pundits who pry into her personal affairs. “I’m pregnant, not incapacitated,” she has said. Soon after becoming Labour leader, she clashed with reporters who repeatedly asked about her reproductive plans. Since announcing her pregnancy, she has faced intrusive questions, even about the details of her baby’s conception. Ardern seems determined to use her pregnancy both to move the ball forwards for working mothers, and to generate as much political capital as possible for her administration, of course.

Certainly, she’s eager to steer the conversation back to her plans for New Zealand. “I’ve previously described myself as relentlessly positive, so I guess you can take from that I will never be satisfied that things have to be the way they have always been,” she tells Positive News.

New Zealand has a population of fewer than 5 million people. Does that give her an advantage to make changes that might be more difficult elsewhere? “In the face of big challenges, it gives us the chance to be innovative, nimble and to carve our own path. That will take collaboration, respect and a lot of hard work, but then I’ve always had a strong senses of where we should be heading and we now have an opportunity to make that happen. For New Zealand to be the best place int he world to be a child, we need to take on some tough challenges, but we are chipping away at those.”

The more opportunities parents have to include their children in their daily ‘work’ lives, the better for everyone

These chips include her administration raising the minimum wage to NZ$16.50 (£8.64) an hour and introducing legislation that sets child poverty reduction targets for this and subsequent governments. With her child due in June, Ardern will miss out on gaining from her own policy to increase parental leave from 18 weeks to 22 weeks. That begins in July.

She says she wants New Zealand to be the first place in the world where the budget is not presented simply “under the umbrella of pure – and often inadequate – economic measures”, but one that takes into account the wellbeing of the country and its people.

From next year, on every budget day people will not just hear about surpluses and deficits, but about how many children have been lifted out of poverty, she says. “We will do the same when it comes to showing our progress on other challenges we have postponed for too long, such as the environment and climate change,” she adds.

“I want my child growing up in a country where we all care about each other, about the now and about the future.” Ardern with the niece of her partner Clarke Gayford during her arrival at parliament after a swearing-in ceremony in 2017. Image:  Hagen Hopkins / Getty

We’ve come a long way since England’s Queen Elizabeth I turned virginity into a political asset: in the modern era, many women have juggled politics and motherhood…

1. British MP Beatrice Rathbone won her late husband’s seat in 1941, remarried, and in 1943 became the first British MP to give birth in office.

2. Pakistani leader Benazir Bhutto gave birth during her 1988 election campaign, then again in 1990 as prime minister. “I entered politics with an additional dimension – that of a mother,” she said.

4. Labour MP Yvette Cooper became the first British minister to take maternity leave in 2001 and had to fight to secure her rights. “There weren’t any rules at all,” she recalls.

5. Tammy Duckworth will soon become the first US senator to give birth in office. “I’m hardly unique or alone as a working parent,” she says.