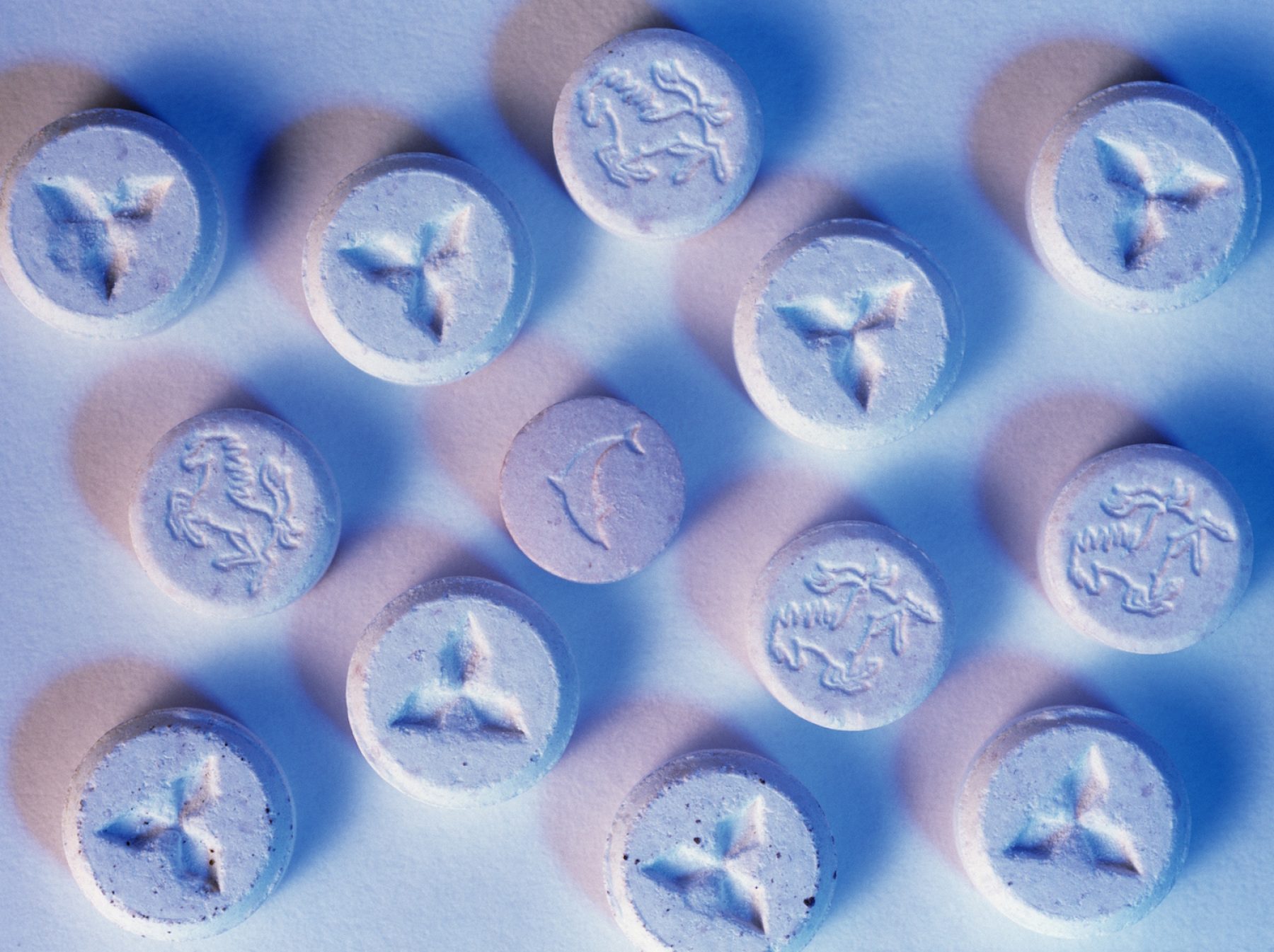 Bringing drug use out of the dark

Despite all the warnings, drug-related deaths in Britain are at an all-time high. A pioneering NGO has been testing substances at UK festivals for four years to help revellers stay safe – and could now be coming to a city near you

Despite all the warnings, drug-related deaths in Britain are at an all-time high. A pioneering NGO has been testing substances at UK festivals for four years to help revellers stay safe – and could now be coming to a city near you

It takes an hour for Patrick’s favourite Indian restaurant to deliver a curry to his house in south London. His drug dealer, by contrast, typically dispatches his order within 30 minutes. “Often they get here in 10,” claims Patrick (not his real name), who works in the events industry. “It’s quicker than ordering an Uber.”

He orders his substance of choice – usually ecstasy – over an encrypted messaging app, which his dealer uses to advertise special promotions. “He had a sale on Black Friday,” says Patrick. “It’s nuts.”

When dealers are able to provide a more expedient service than Uber, in one of the world’s most surveilled cities, it’s clear that the ‘war on drugs’ is not being won. A more sobering indication is this: drug-related deaths in Britain are at their highest level since records began, outstripping the number of people killed on the roads. Seven people a day are dying from overdoses.

The UK government remains wedded to prohibition policies, which has given criminals exclusive control of an unregulated market worth around £5.3 billion (according to the Home Office’s own estimates).

Against this backdrop of failing policies and rising deaths, however, a fledgling harm-reduction organisation called The Loop aims to give users some reassurance. Based in Manchester, the not-for-profit community interest company has had a busy summer at some of Britain’s leading music festivals – including Boomtown and Bestival – where it has been providing free drugs-testing for revellers. More than 8,000 people accessed the service at UK festivals this year.

It works like this: partygoers who have smuggled drugs into a festival – or bought them on-site – can anonymously and without fear of prosecution get their substances tested at The Loop’s pop-up lab. After its chemists test the drugs, The Loop’s volunteer harm-reduction officers – who work as healthcare professionals – will sit down with partygoers for short consultations.

Counsellors reveal the strength and content of the drugs, which are often cut with other agents; explain the risks in taking them; and describe how they interact with other substances such as alcohol. People are also asked if they have any medical conditions and if they take any prescription medication, which could interact with illegal drugs. 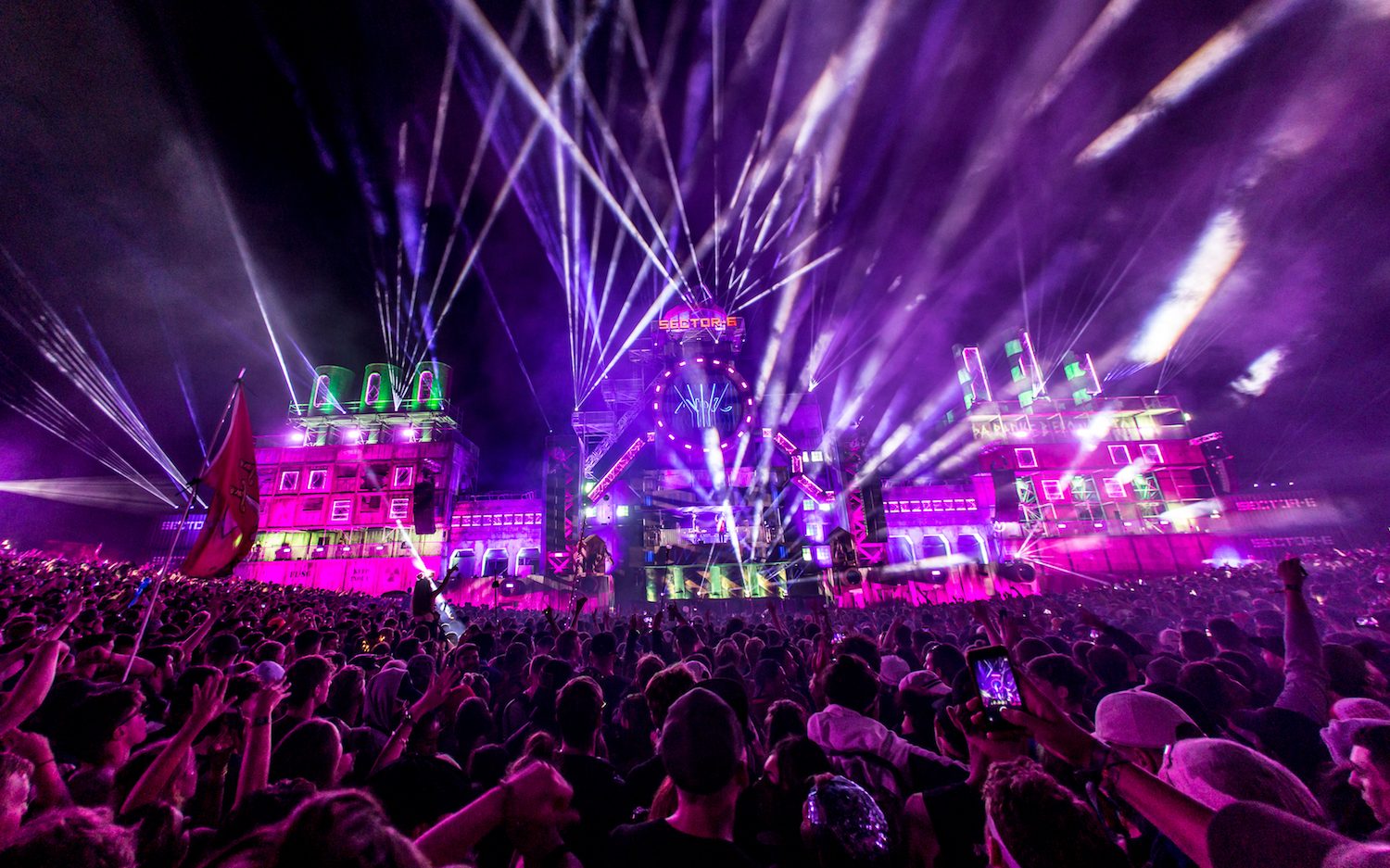 For the second year, The Loop tested drugs at Boomtown festival in Hampshire this summer. Image: Charlie Raven

The Loop claims most of its clients are in their early 20s, but says the service has been accessed by people as young as 16 and as old as 72.

“Most of these people have never spoken to a healthcare professional about their drug use before,” says Fiona Measham, The Loop’s founder. “They could be out in the festival enjoying themselves, but instead they’ve chosen to queue up – often in the rain – to ask questions about drugs and their effects. It’s heartening to see.”

If people ask directly whether they should take the drug, The Loop’s team answers ‘no’, but realistically, they say, that advice will not always be heeded, or even sought.

After speaking to advisors, some revellers (10-15 per cent, Measham estimates) surrender their stash, asking The Loop to dispose of it. The rest proceed, albeit with a better understanding of dosages, side effects and what to do if they feel unwell.

There’s not enough data to confirm whether or not The Loop is saving lives, though it seems likely. However, there is evidence to suggest the service has reduced substance-related medical emergencies.

“Last year at Boomtown the medical team estimated that there was a 25 per cent reduction in drug-related medical problems… because we were on site,” says Measham, who also works as professor of criminology in the department of sociology at Durham University. But she stresses that more data is needed before decisive conclusions can be drawn.

They could be out in the festival enjoying themselves, but instead they’ve chosen to queue up – often in the rain – to ask questions about drugs and their effects. It’s heartening to see

The Loop started testing drugs at festivals in 2014 and through its work, has been able to flag dangerous new trends. This summer, for instance, it found pentylone being mis-sold as MDMA (a powdered form of ecstasy); the drugs look and smell the same, but while the latter gives users a euphoric high for a few hours, the former causes sleepless nights, paranoia and psychosis. Volunteers use social media to send alerts out to revellers. “If you can get that information to users, they won’t take the drug,” says Measham.

Tests also detected other cutting agents in drugs, from sugar and ground up anti-malarial tablets to plaster of Paris and bodybuilding supplements.

Another concerning development identified by The Loop is that drugs, particularly cocaine and ecstasy, are getting stronger. Dosages that might have been fine a couple of decades ago could now be fatal. “Young people are dying because they are taking too much,” says Measham. “It’s a tragic waste of young adult life.”

At home on the Isle of Man, Ray Lakeman is all too aware of the dangers posed by super-strength drugs. In 2014, his sons – Torin, 19, a physics student at Aberystwyth University and Jacques, 20, a hotel employee in London – met up in Manchester to watch their beloved United play Hull at Old Trafford. After the game they took MDMA, which Torin had bought from the dark web. It killed them both.

An inquest into the boys’ deaths found the MDMA they had taken was five to six times stronger than the so-called ‘lethal dose’. “Torin didn’t know how strong it was, but it was enough to kill him and his brother and about 20 other people,” says Lakeman. “I went to the inquest and it was clear to me that, had my boys known what they were doing, they might still be alive today.”

Does he think a service like The Loop could have saved them? “I’m not sure,” he says, honestly. “What The Loop are proving is that having your drugs tested can make them safer, but we have to live with the fact that not everyone is going to have them tested.”

Until this summer, The Loop’s activities had been limited to festivals and nightclubs, but in May the charity launched a pop-up testing facility in Bristol. By the end of the year, Measham hopes The Loop will be up and running in five other as-yet-undisclosed cities. Urban laboratories like this, she believes, could help her team reach people from more disadvantaged backgrounds, as well as those with more entrenched drug habits (festival-goers typically pay considerable ticket fees and often use party drugs casually). 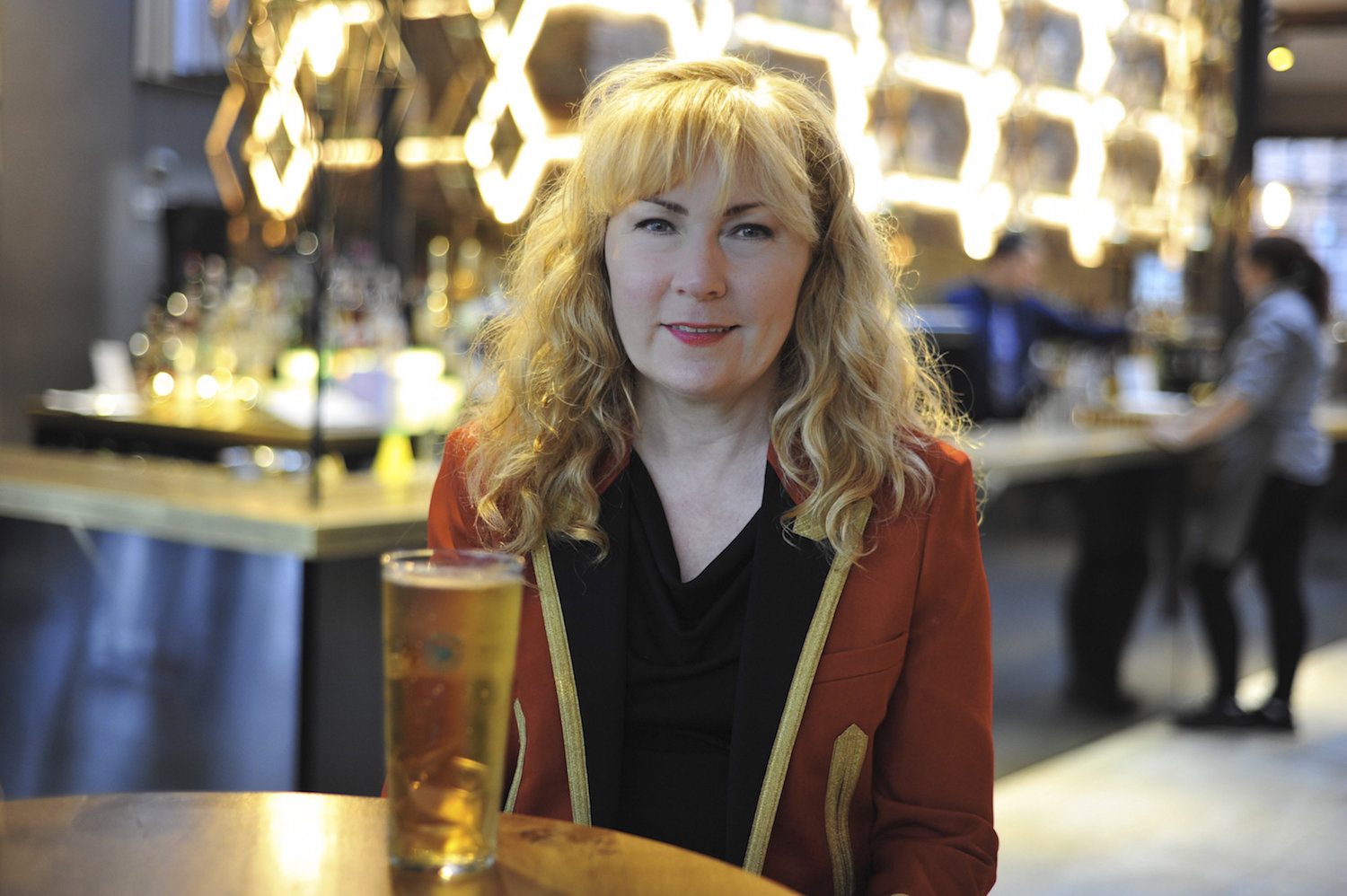 To help finance this expansion The Loop has launched a crowdfunding campaign. It has been championed by Richard Branson, and Chemical X – the anonymous artist – has lent his support by donating a £50,000 piece of art for The Loop to give away.

Not everyone is convinced. Critics fear that the NGO, which works closely with the police and local authorities, normalises or even legitimises drug taking. On the other hand, anyone who has been to a festival or nightclub recently will tell you that many people consider drug use normal.

But even The Loop’s supporters don’t believe it is a long-term solution to Britain’s growing problem with drugs. “I think the work of The Loop is absolutely brilliant and a completely necessary lifesaver, but it’s just a sticking plaster,” says Jane Slater, campaign manager at Anyone’s Child, an international network of people who have lost loved ones to drugs. Her organisation campaigns for the full legalisation and regulation of drugs.

Even factions within the UK Conservative party, which has traditionally taken a hard line on drugs, say current policy isn’t fit for purpose. Writing in the Daily Telegraph recently, William Hague suggested that the idea class B drug cannabis could be “driven off the streets and out of people’s lives by the state is nothing short of deluded”.

Other nations seem to agree. In October, Canada became the first G7 nation to legalise marijuana for recreational use. Several states in the US have also legalised recreational cannabis, as have Uruguay and Georgia.

Portugal, meanwhile, has chosen to decriminalise all drugs. Rather than being prosecuted, users caught with a personal supply are steered towards harm-reduction services where support is available.

Since implementing the policy in 2001, rates of drug- related deaths, incarceration and infection have reportedly plummeted (though a small rise in drug-related deaths has been recorded in the last couple of years).

Lakeman also supports the legalisation and regulation route. “We regulate everything, so why don’t we do it with drugs?” he questions. “Instead we’re just handing [the market] to criminals who are reaping billions from it.

“I don’t want what happened to my family happening to anybody else, but the law as it is isn’t stopping it – in fact it’s getting worse. What more evidence do we need?”