The August riots, a year on

The riots raging across England in August 2011 were a dark moment for the whole country. Like many, I stood in slack-jawed shock as the destruction of towns and cities spiralled out of control. Would it be possible to look back on those days of fire and violence and say that something good had come of it?

At the time, there was much talk about the blitz mentality of the thousands of Londoners who came out to help clean up the wreckage on the streets. People came together in ways that were entirely unexpected. And now, out of the blackened ashes of UK businesses, homes and communities, a greater spirit of collaboration and connection is emerging.

As Dan Thompson, 37, from Wokingham, sat watching his television while the riots flared up from street to street, borough to borough, he felt something had to be done. “There was a feeling of terror and powerless spreading everywhere; a sense of not having any control or being able to do anything. I thought, ‘we have to do something about this.’” Dan headed out into the streets of London, recruiting residents as he braved the manmade barricades, to literally sweep the streets clean. “I said, ‘let’s get a broom, let’s tidy up and let’s get London working again.’”

This defiant act has led to the creation of Dan’s post-riot brainchild, Future Clean Up, a website aiming to put power back into the hands of local people by helping them create community projects they feel are best suited to benefit the areas they live in. The initiative has drawn £100,000 in funding from Nesta, a charity set up to ‘help bring great ideas to life,’ and national youth volunteering organisation, Be Inspired. 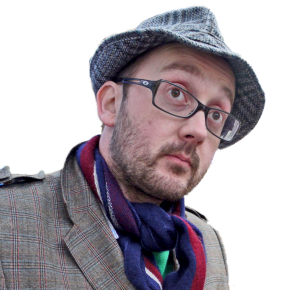 “The money is being used to create a new kind of software to build the Future Clean Up website, which will be launched on the 6 August, the first anniversary of the riots,” says Dan. “We are trying to build something really simple that is easy to use and can quickly organise groups who want to get on and create positive community projects.

“Society as a whole has a big problem to face up to but there are a lot of people starting to organise themselves,” he continues. “It will be for any kind of community event including street parties, fêtes, anything they want to help improve their areas and get people working together. The funding will also provide project support kits to give groups the basic tools they need to set up events including high-visibility jackets, megaphones, bin bags and t-shirts.”

Dan, who says he is an anarchist by nature, wants to put the initiative firmly in the hands of communities. “With Future Clean Up no one is in overall charge. It will belong to anyone who wants to use it. My job is to set it up and co-ordinate the early stages.”

But could the site be used to organise further riots? “There will be a team of carefully selected community volunteers overseeing the projects created through the website,” explains Dan. His intention is to avoid barriers to communities taking action, especially to encourage youth involvement and minimise issues such as health and safety that could stall progress. “We are not a charity or a community interest company so that frees us from the straitjacket of paperwork and red tape,” he says. “We basically say to anyone getting involved, ‘if you don’t want to do it or don’t feel safe, don’t do it.’ We treat them as adults and get them to take responsibility for themselves.

“This is a practical hands-on approach, it’s not arty, it’s simple practical stuff. I’m hoping it will take on a life of its own. London has always adapted and changed and soaked up whatever’s been chucked at it. I’m proud to be a Londoner,” concludes Dan.

Following pilot events to test the site in July, the initiative will then be spread around the country.

Maxine Cockett, who used to be a senior youth worker, is part of Nottingham’s ongoing Holding Hands Around St Ann’s project, which aims to generate community cohesion by helping groups to create original songs and perform them live to the wider community. When the riots struck she went on to the streets to speak to young trouble-makers.

“They respect me and listen to me because I’m there for them,” she says. “I told them they didn’t have to do this. We got talking and since that time I’ve been involved in helping them get into work, find work. A lot of them were involved in crime to get basic survival money, so I helped them fill out benefit forms and helped them start to get themselves together and feel better about themselves. So in a way the riots helped a lot of them move away from the crime they were involved in. I’ve seen real changes.”

“There are more opportunities now. What it did to my area was to create a paradigm shift,” claims Amrick Singh Ubhi, director of The Nishkam Centre, which works to support people’s wellbeing, promote interfaith and intercultural dialogue and champion social justice and inclusion.

Amrick saw people become more responsive when collaboration was needed. “These weren’t issues marginalised to certain areas of society and we realised we needed to work differently,” he says. “People can’t afford to be islands. During the riots, Sikhs and Muslims were protecting each other’s temples. It has brought the two faith communities together in new ways. There is always some good that comes out of disaster, history shows us this.”

There is a power in different groups coming together, believes Amrick. “We have to make sure as communities we can work together to help individuals and groups who feel they are not part of society to move forward for the common good,” he says. “This mother Earth has been created as a haven. We have to break down some of these perceived barriers and work towards the common good of all, and this is definitely happening in Birmingham today. The riots have become part of this shift.”