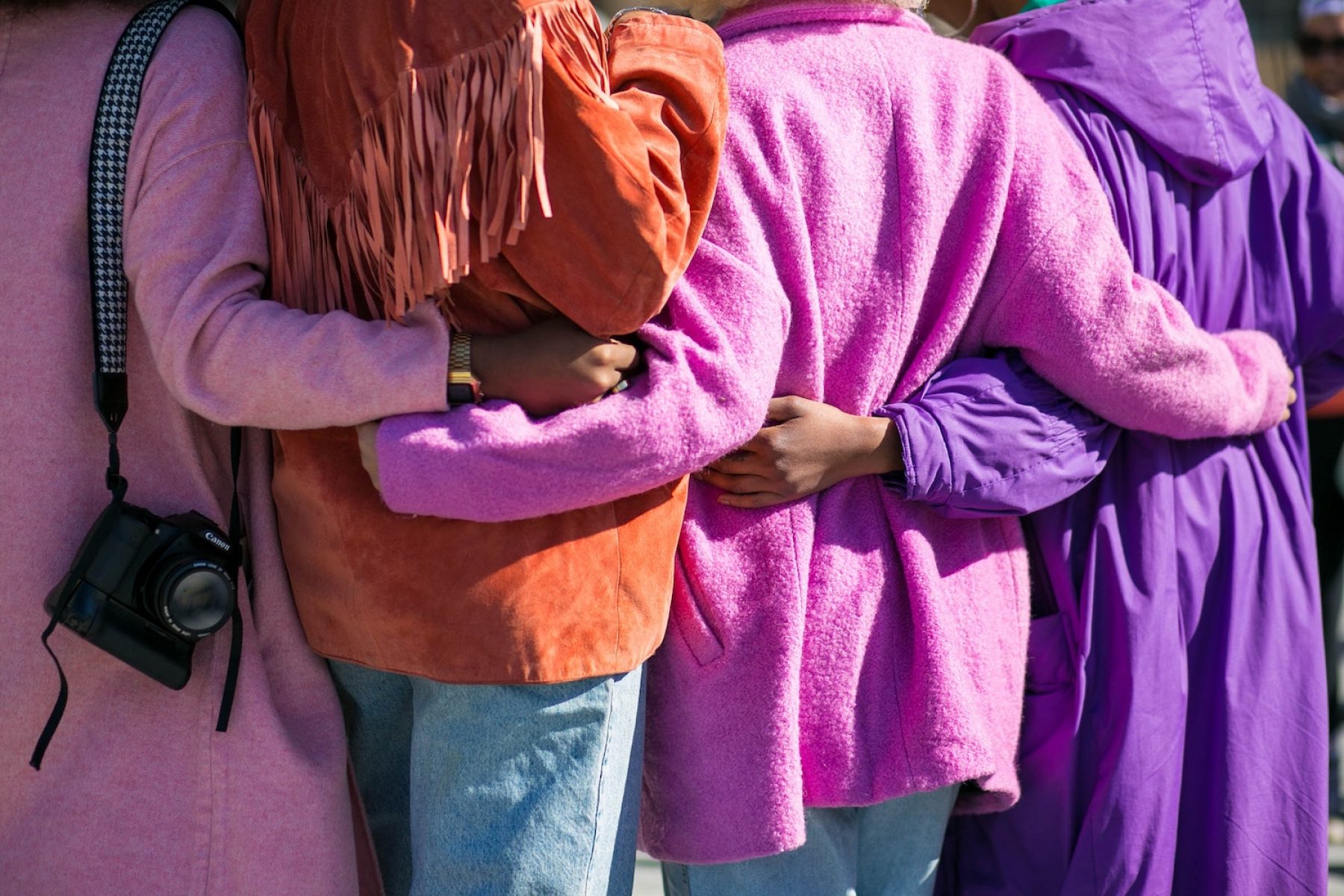 Are we more together than alone?

At a time that can seem dominated by difference, US poet and philosopher Mark Nepo says we’re far more connected than we think. No matter where we come from or what divides us, we all long to belong

At a time that can seem dominated by difference, US poet and philosopher Mark Nepo says we’re far more connected than we think. No matter where we come from or what divides us, we all long to belong

“I was in London recently when I saw a woman just miss her bus. Going around the corner, the driver spotted her in his rearview mirror and waited,” says Mark Nepo. “It was a quiet moment of compassion, which almost nobody noticed. If there had been an accident, everybody would have stood around gaping. When things fall apart, they make a lot of noise. When things come together, it’s much quieter.”

Nepo sees community as a light in the darkest of times. Whether it’s the resistance during the Holocaust or rebuilding after nuclear devastation in Nagasaki, throughout history people have come together when things have seemed incredibly bleak.

His latest book, More Together Than Alone – which has been 14 years in the writing – is packed with such tales. “I wanted to give attention to this quiet but strong lineage of care and interdependence,” he tells me. “To gather stories of when we’ve worked well together, and the lessons from them.”

Nepo couldn’t have known 14 years ago how relevant the book would seem today. ‘Falling apart’ has seemed to characterise recent years, whether the UK’s decision to leave the EU, divisive politics or crumbling institutions elsewhere. Tolerance for difference, writes Nepo, appears “tissue paper thin” and many seem to be seeking security in striking out against others.

He selects his stories from across cultures and history, from spiritual leaders to the natural world. Together, they urge us to keep alive “the literacy of the heart”.

Take the story of Holocaust survivor and author Elie Wiesel. He was among thousands forced to run barefoot in ice and snow towards the Buchenwald concentration camp. Anyone who slowed or stopped was trampled. Those who fell were shot. One of the emaciated men stumbled and fell, and in order to save him, people threw themselves on top of him. The Nazi soldiers couldn’t shoot them all, so instead beat the marchers until they all got up and walked on.

“As kind and brave as it is brutal, this moment is a testament to the lengths we’ll go to care for each other, if led or pushed to our true nature,” writes Nepo.

As kind and brave as it is brutal, this moment is a testament to the lengths we’ll go to care for each other, if led or pushed to our true nature

The Gandhara Empire in modern-day Pakistan – proudly multicultural and inter-religious – created one of history’s first great learning centres. More than 10,000 students from all over the world attended Taxila University. “Knowledge was considered too sacred to be exchanged for money,” writes Nepo, “so there were no fees. Education was paid for by the society at large and no qualified student was turned away.”

He describes as “a 742-year moment of community” the peaceful culture between Muslims, Jews and Christians in southern Spain from 750 to 1492.

And a much more recent example took place just off the old town square in Santa Fe, New Mexico. “One of the oldest bookstores in the city, Collected Works, was moving about three blocks. On the day of the move, more than a hundred volunteers showed up and formed a line from the old storefront to the new. And one by one, they passed book by book, all day long, until the move was complete.” 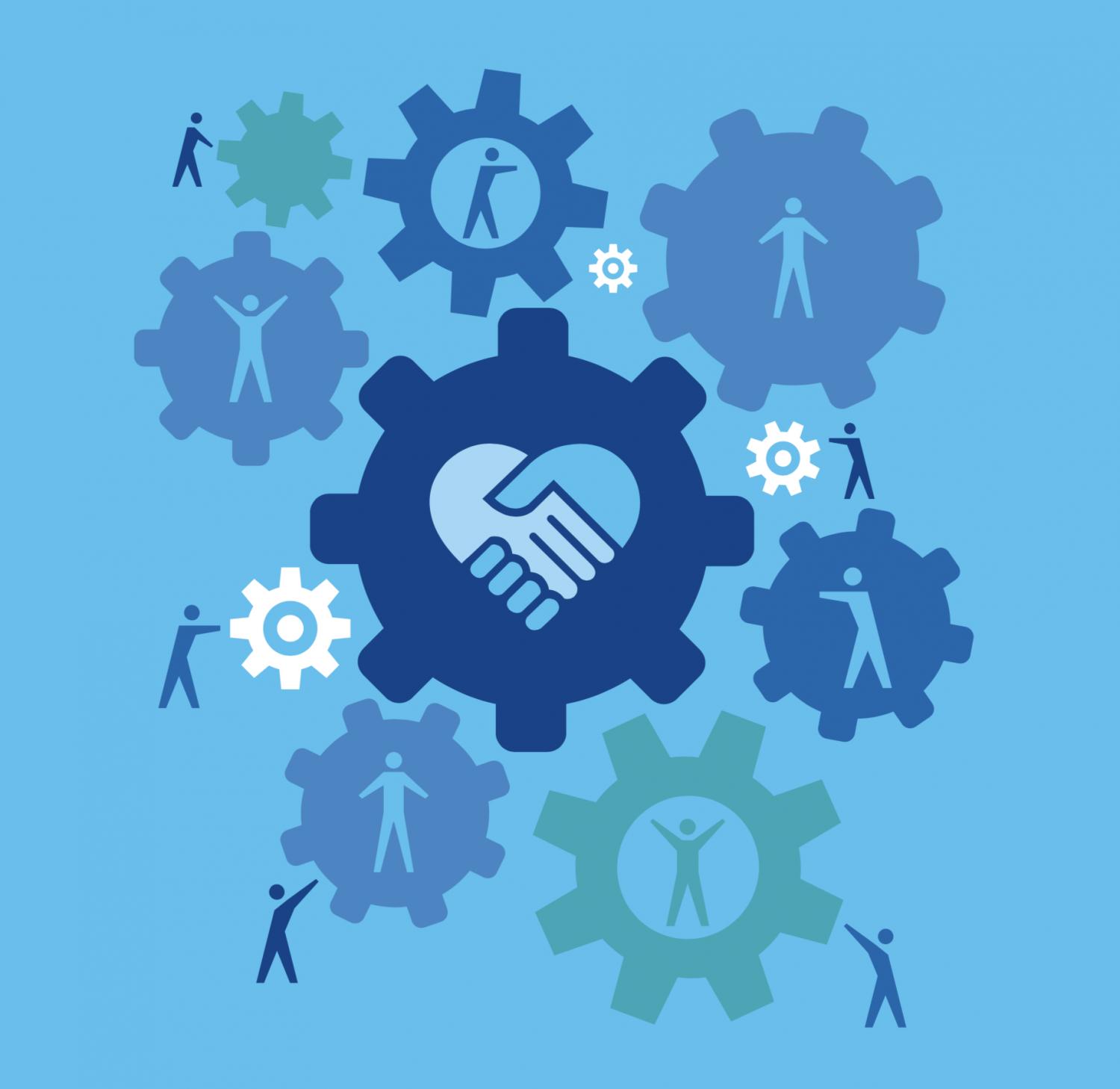 Ours is a complicated era, and so we need every example of heart and resilience we can find, believes Nepo. But are we capable of learning from our mistakes? Don’t we just begin again every generation, facing similar challenges with limited success? “I think we are learning,” says Nepo carefully, “but wisdom doesn’t help us shortcut the human experience, it just supports us. We can’t skip floors or elevator up, but we can learn from the past.”

He points out that it is both comforting and challenging to realise that no one person can fix things. The stories of community in this book help us accept that we need each other.

Every person, country and community faces that choice every day, suggests Nepo, who nearly died from cancer 30 years ago. He mentions the courage that bonded him to other patients on the ward: “We were right there on the same raft, helping each other through the storm.”

Wisdom doesn’t help us shortcut the human experience, it just supports us. We can’t skip floors or elevator up, but we can learn from the past

So, is it greedy or selfish to strive for things for ourselves? “There’s nothing wrong with wanting things in life – having a family, falling in love for example – but I’ve found that so much meaning and real reward in my life has come from working with what I’ve been given, more than what I want.”

He remains quietly optimistic. “My utmost belief is in the human spirit. That we have faced times like this before, and we’ve not only endured but we’ve flourished.”

Interview by Lucy Purdy. More Together Than Alone, by Mark Nepo, is published by Rider Books

Read more: the power of community 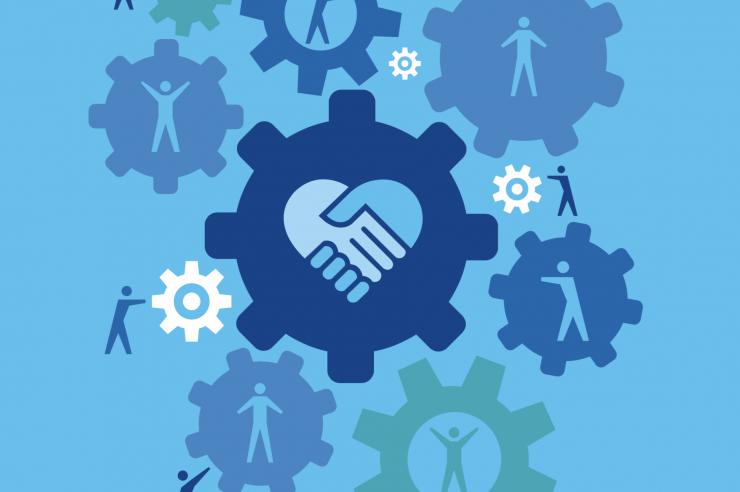 When the going gets tough: the power of community ‘When things fall apart, they make a lot of noise. When things come together, it’s much quieter,’ writes Mark Nepo. We take a look at moment... Society