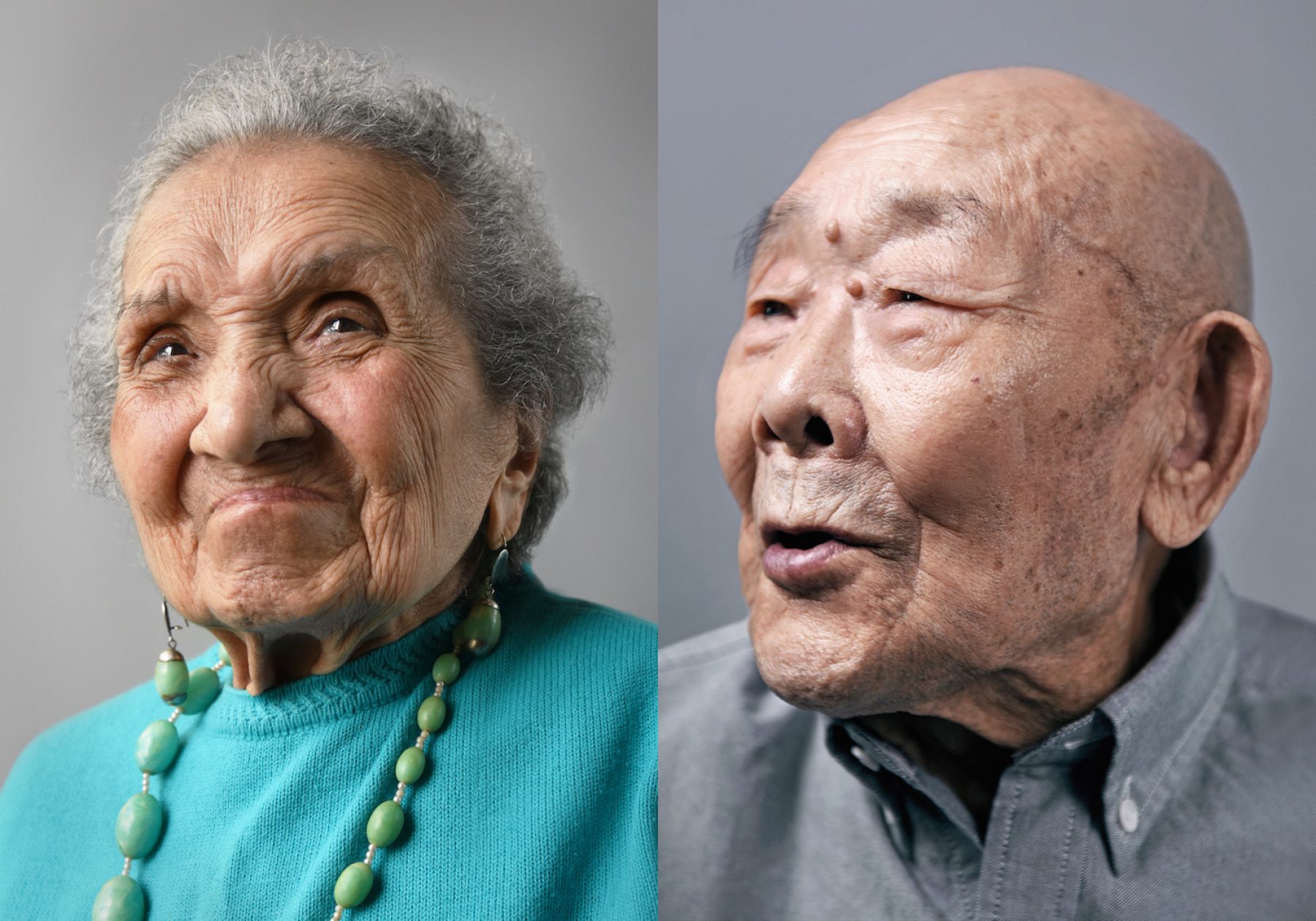 Rather than photographing celebrities or models, Karsten Thormaehlen has a passion for taking portraits of people over the age of 100. “These people have seen, experienced and lived through more than most of humanity,” he says. “This kind of beauty does not need hairdressers, stylists or makeup artists”

Rather than photographing celebrities or models, Karsten Thormaehlen has a passion for taking portraits of people over the age of 100. “These people have seen, experienced and lived through more than most of humanity,” he says. “This kind of beauty does not need hairdressers, stylists or makeup artists” 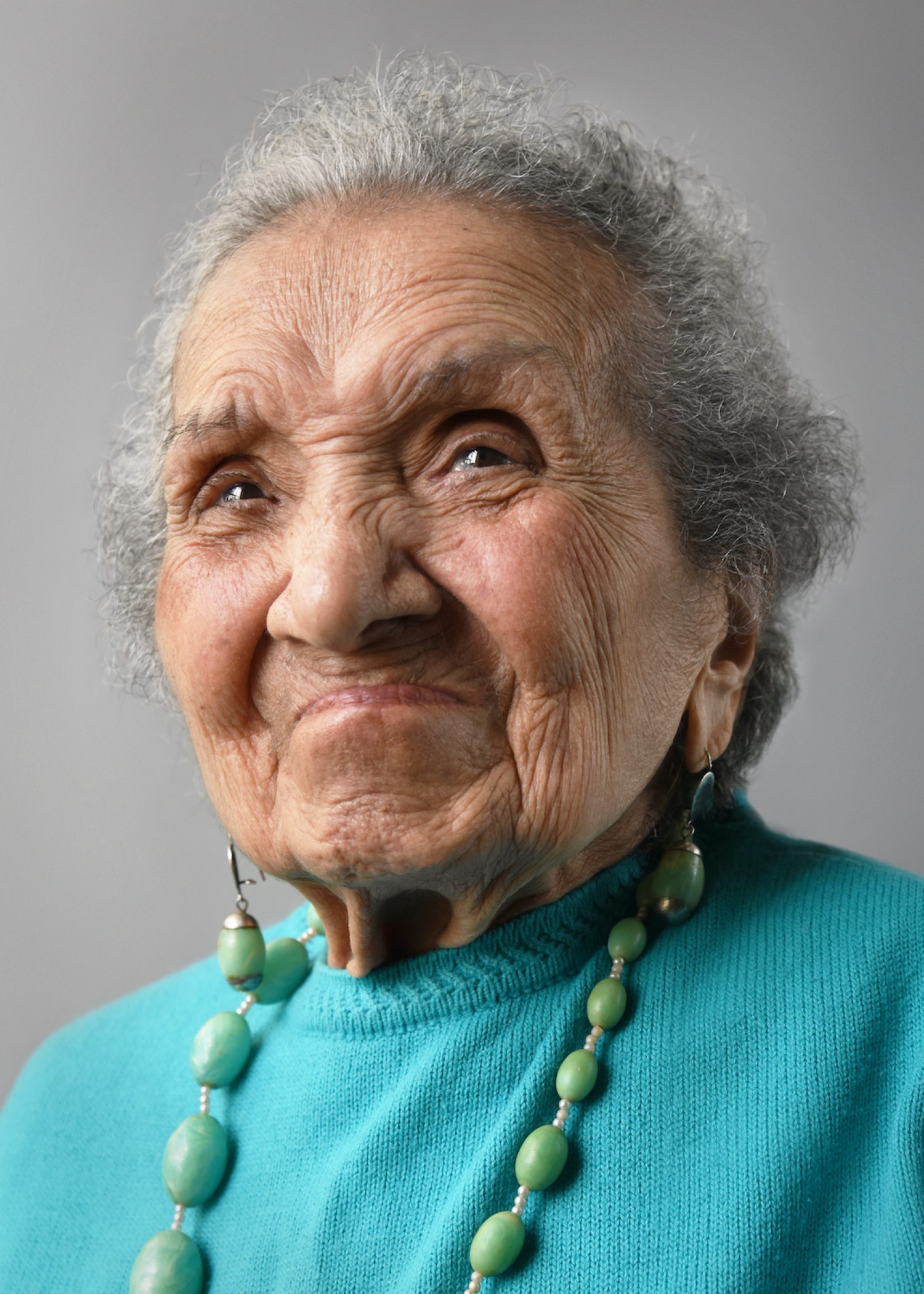 Longevity runs in the family. María Teresa’s Chilean-born mother lived to be 104. If you ask María Teresa what has allowed her to live this long, she says it is above all her positive attitude towards life and a daily glass of red wine – Italian, of course.

María Teresa has a weakness for southern European pleasures, including ravioli. It’s no wonder – she had a happy 39-year marriage to a man of Italian descent, Michele Lercari. She travelled often with him to Europe and visited her favourite cities, Paris and Rome. He has been dead for 35 years now and she still misses him every day. But María Teresa also says she still has a wonderful life. Today she likes to go for walks with her 80-year-old sister, Consuelo, and enjoys cooking. Her advice to young people: “Never go to extremes!” 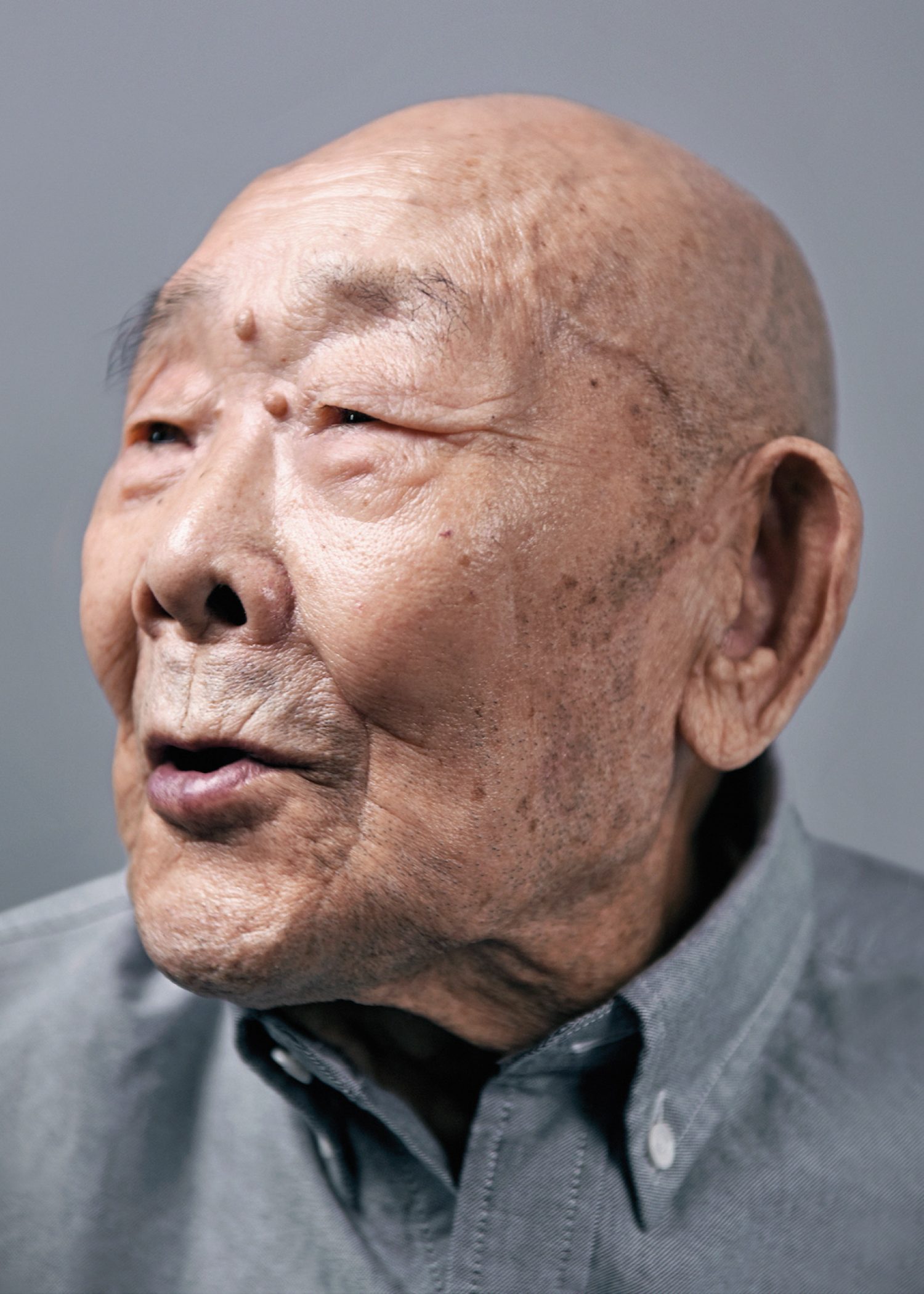 Kiichiero always seems to be smiling, and he smiles even more when his grandchildren are there. He smiles despite the fact that he certainly hasn’t had an easy life. He was a fisherman in his youth, but as the catch grew more meagre, his father suggested that he change jobs. So he went to the city of Muroran to work at an iron plant.

Despite the hard work, he still found time to read – one of his passions – and is proud of his good memory. He can remember things that happened a long time ago in precise detail. Kiichiero can still take care of himself quite well. He just polished his shoes to a high shine again. After all, as he says, they must look good, and so must he, when he goes to visit an old friend. 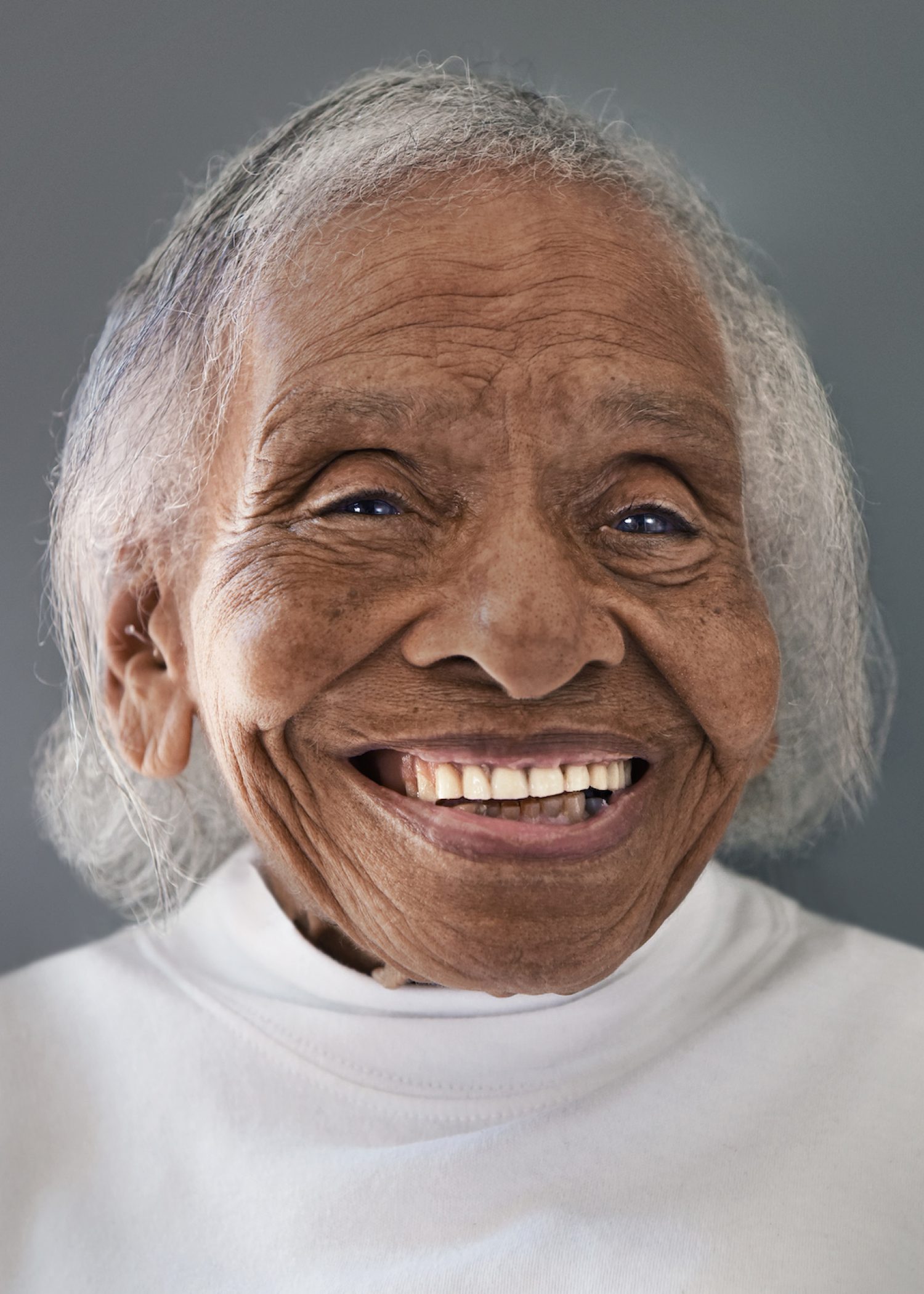 When Olivia was six years old, members of the Ku Klux Klan ransacked her home during the 1921 Tulsa race riot. “I still don’t know why they bothered to burn up a little girl’s doll clothes, but they did,” she says. “And that’s what made me very, very afraid. That was a startling thing for a child. It took a while to get over.”

Decades later, Olivia joined the Tulsa Race Riot Commission and was among survivors who, in 2003, filed an unsuccessful federal lawsuit seeking reparations. In the 1940s, she was one of the first African American women to join the US Army.

In 1961, she earned her PhD in psychology from the University of Rochester and worked for a long time with women with learning disabilities. When I met her, the walls in her tiny house in White Plains, in upstate New York, were plastered with diplomas and greeting cards addressed to her – from the Clintons, the Bushes and the Obamas. “I’m no longer able to march,” she says. “I know it’s hard to lie on a stone floor in a die-in [a demonstration]. But still, you do your part. The world is looking at this country.” (Source: The Wall Street Journal) 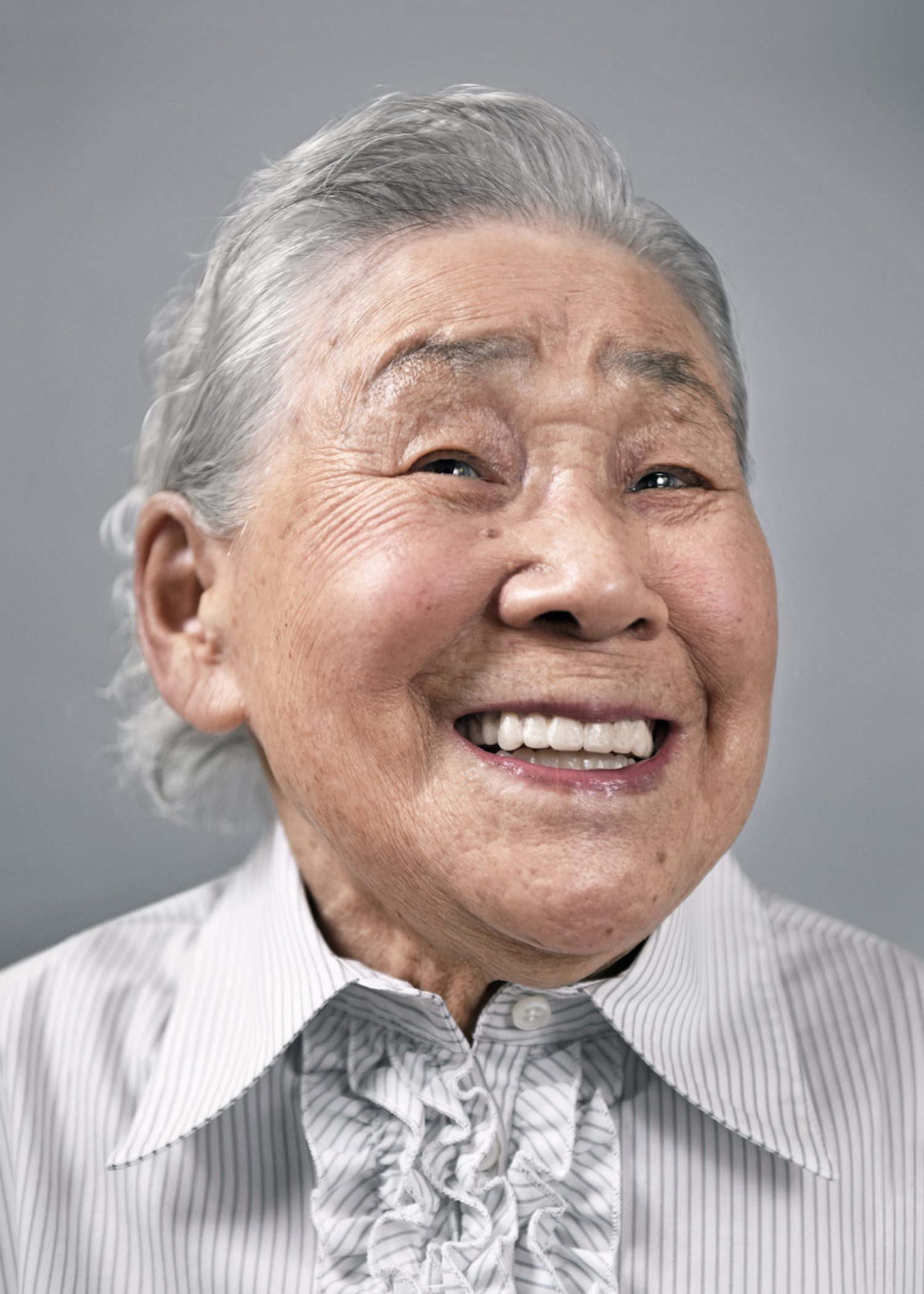 Kiyo says she had a free, idyllic childhood and a wonderful marriage “full of happiness and without any arguments”. She also has her husband to thank for the fact that she has become such a good cook, “thanks to his wonderful sense of taste and his weakness for good food”. The couple travelled a lot, including to places abroad such as Hawaii. She says she does not really have anything to complain about, nor does she have any regrets. She is totally at peace with herself. Is that the secret to her longevity? “I never thought about why it happened like this,” she says.

Taken from Aging Gracefully: Portraits of People over 100, by Karsten Thormaehlen