From festivals to weddings, flowers take centre stage in many celebrations in India. In fact, they are so dominant they are thought to form as much as a third of the country’s total solid waste. The statistic inspired 27-year-old PhD chemical engineer Parimala Shivaprasad: she has launched a company called Retra to make essential oils from the flower waste.

Beginning with a pilot project at a temple in her home city of Bengaluru, Shivaprasad will extract the essential oils from rose and jasmine petals. The remaining biomass will be used as compost.

Retra, which means fragrance in Sanskrit, will be run as a social enterprise, employing local women in the process and giving a share of profits to the temple. The compost will be used to fertilise the temple’s vegetable patch. “India is known as the land of flowers, but little thought is given to what happens to them when they are thrown away, or to the problems they are causing in our waterways,” said Shivaprasad, who has received funding from the University of Bath to test the project.

“The manure could be used by small households or even the temples on their vegetable patches, because temples tend to feed people daily.”

Blooms are only used in temples for a single day, and each day two million tonnes of flowers are discarded across India. Piles of marigolds, roses, carnations and other flowers are left at temples, mosques and gurdwaras, before littering land and waterways. 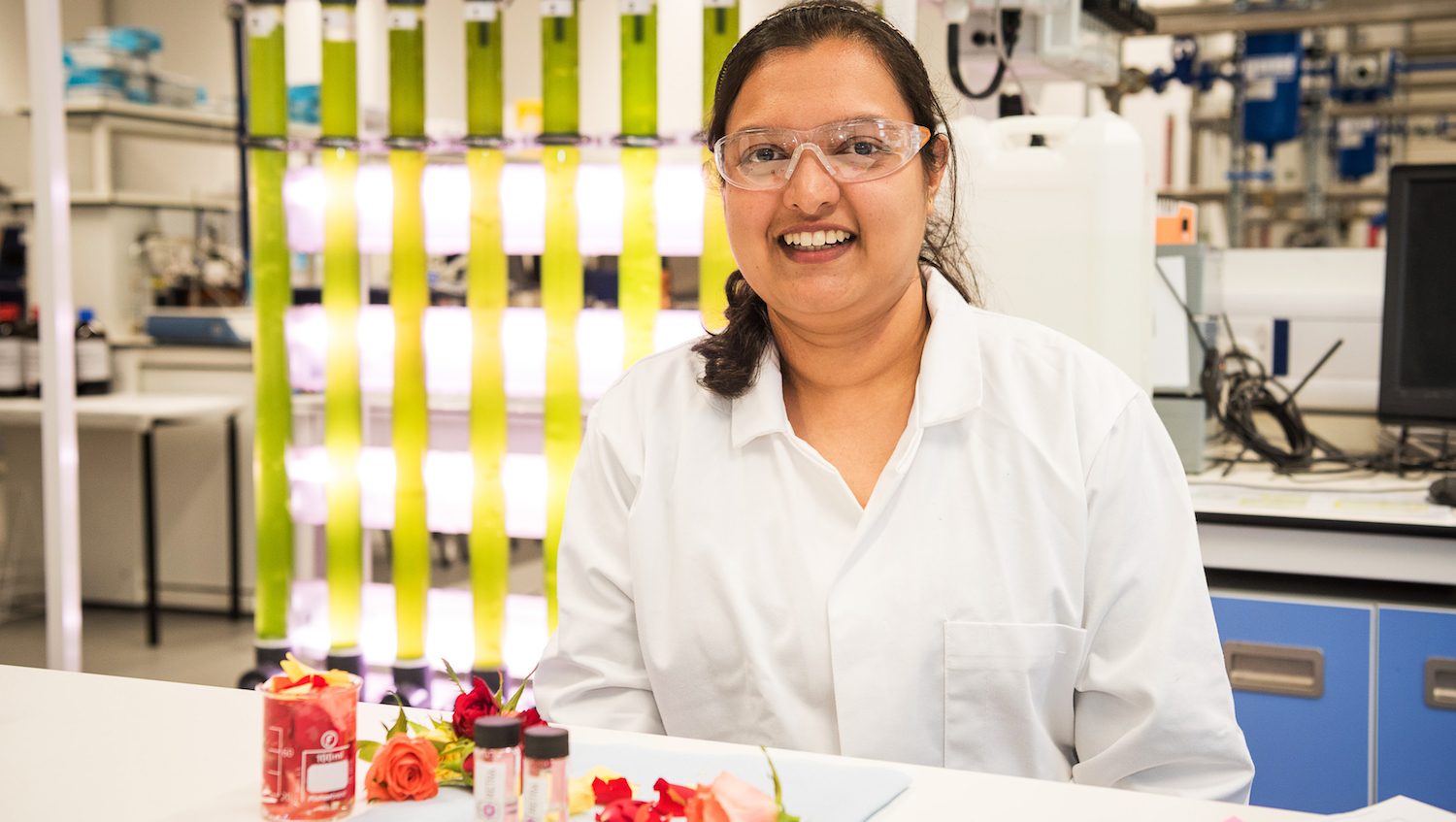 Parimala Shivaprasad’s sweet-smelling venture could be a social and an environmental win. Image: University of Bath

“Our lakes are suffocating thanks to the algae bloom caused by discarded flowers,” said Shivaprasad. “The idea came to me on a trip home, and being involved with student enterprise at the university has given me the confidence to go ahead and help me think through the idea beyond the chemical extraction, which is my trade.

“There’s a lot of work to do before then, including finishing my PhD but I’m very excited to be setting up the pilot process later this year.”