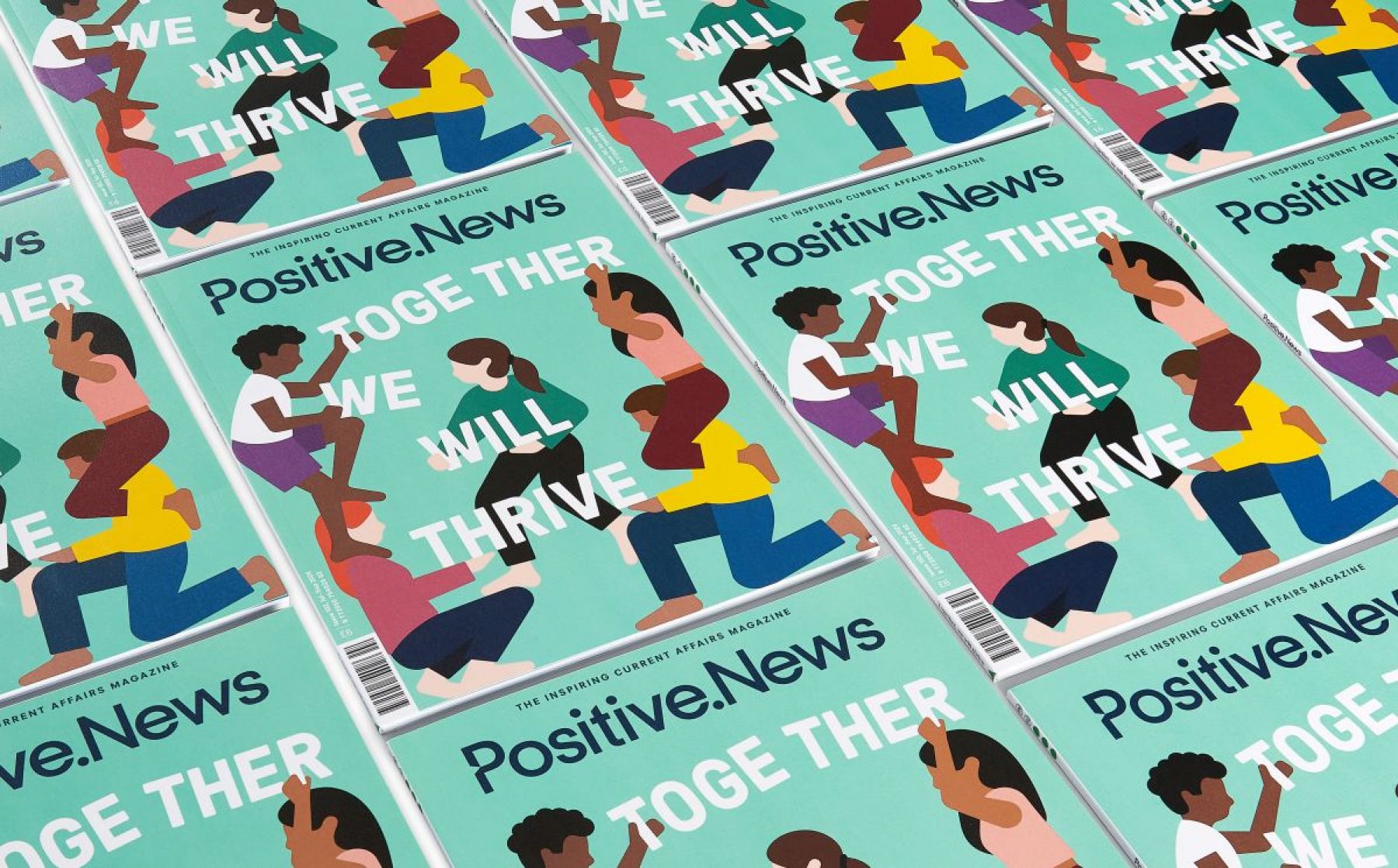 From greener economies to united communities and welfare that works, the July–September issue of Positive News magazine highlights how society can progress after the coronavirus crisis

From greener economies to united communities and welfare that works, the July–September issue of Positive News magazine highlights how society can progress after the coronavirus crisis

It’s been an unusual three months since the last issue of Positive News magazine. When I last wrote here, lockdown was not yet even a reality in the UK. A lot has changed. The devastation of the pandemic cannot be understated: tens of thousands of lives lost and the looming cloud of the worst economic fallout in a generation.

But alongside these consequences, there are the stories of collaboration and resilience that have shown humanity at its best during the crisis. We’ve in fact been amazed (but not surprised) at the appetite for such stories, with our website traffic tripling during the pandemic and other media also choosing to cover more positive stories than usual.

Recognising the silver linings of the coronavirus crisis, and delving into how they could form part of our new normal, is the focus of this issue’s cover story. From stronger community, to a greener economy, to slower lifestyles, we’re offering some hopeful predictions for how society could ‘build back better’.

Another story of progress to emerge from a tragedy is the watershed moment we’re seeing in the fight for racial justice and equality. In the latest issue, we hear why the recent Black Lives Matter protests are different from others and how, perhaps, we’re on the cusp of seismic change. Among the demands of activists is reform of the police and prison systems.

One example of a better model of justice is shared in our conversation with historian Rutger Bregman. He asserts that behind the approach is a fundamentally different understanding of human nature. We’re not the selfish creatures that the generally accepted wisdom would have us believe, he says.

In fact, most humans are on the whole pretty decent, and if we structured our institutions around that understanding, the world would look quite different. Perhaps, in this time of recovery, there’s a fresh chance to do so.