The most popular articles of the past year 2. Crying for empathy
In thousands of schools around the world, children between the ages of five and 12 take lessons from a newborn baby. The result? Increased emotional intelligence, understanding and empathy towards classmates, and less bullying and aggression. 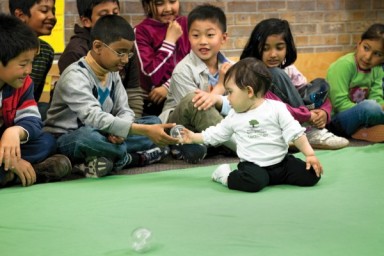 4. Returning to the quiet intelligence of nature
How can we move towards a society that feels more human, natural and less dependent on money, considers Lucy Purdy, as she spends a week in Devon exploring ‘wild economics’. 5. World’s oldest message in a bottle found
A handwritten message in a beer bottle has washed ashore after 101 years; Danielle Batist shares a heartwarming story of good old-fashioned communication. 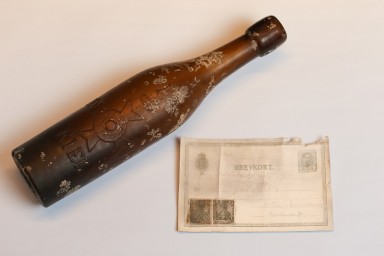 7. The social supermarket is a step forward for tackling food poverty
Britain’s first ‘social supermarket’, enabling local people on low incomes to buy food at knock-down prices, is a welcome addition to food banks, says Caspar Van Vark, though more needs to be done to tackle the roots of food poverty. 9. The language of social change is shifting
The increasing number of voices articulating a positive vision of the future – including Russell Brand’s call for “a peaceful, effortless, joyous revolution” at London’s march against austerity – are a welcome antidote to the ‘anti’ approach, says Lucy Purdy. 10. The rise of the sharing economy
Ready to look beyond consumerism? A new online movement is helping people to band together, share their resources, and get by with less.