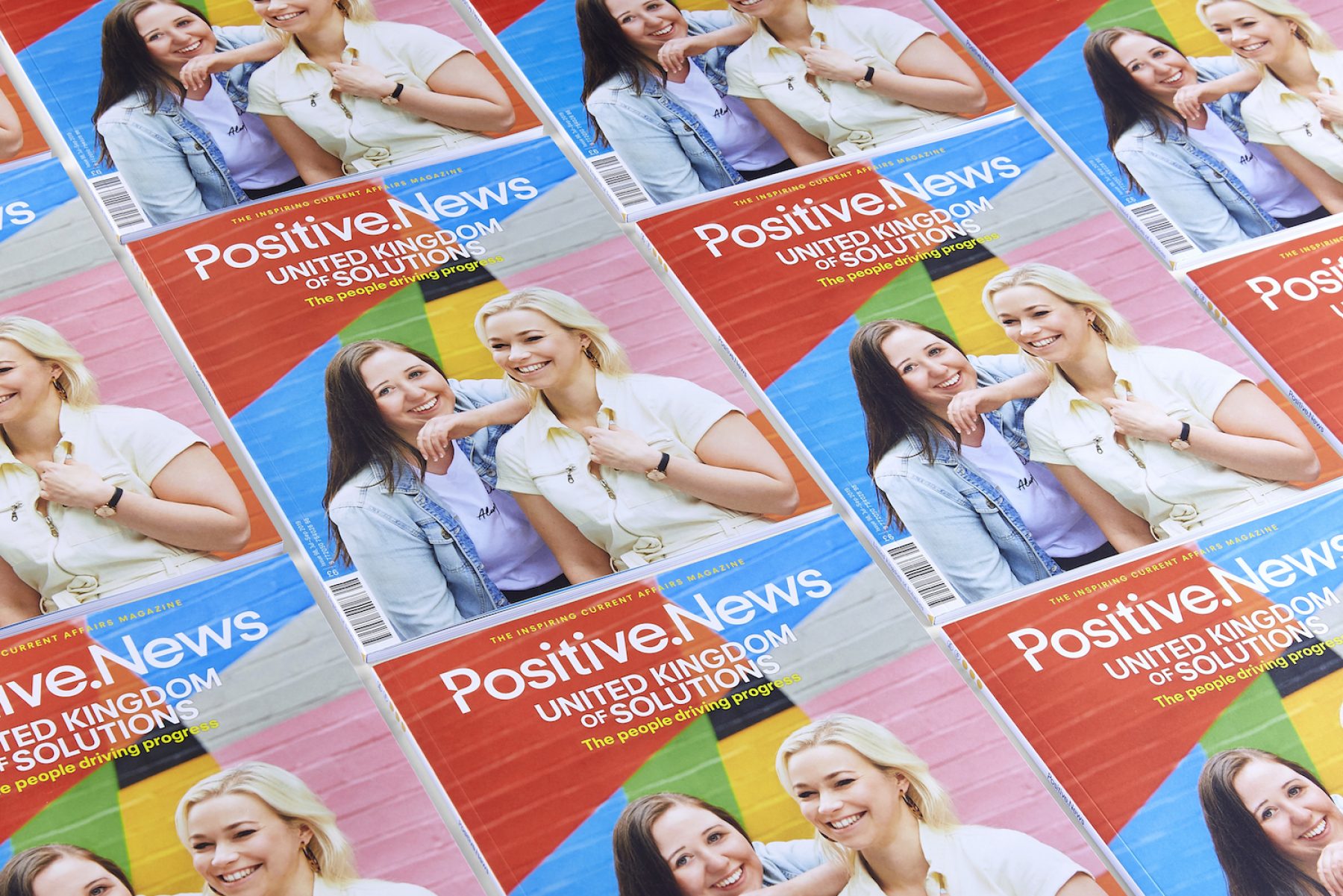 A love song for the UK: latest issue of Positive News magazine celebrates what the UK can be proud of

At a time when many citizens, as well as people around the world, are feeling down on the UK, what is the UK doing well? The Jul–Sep 2019 issue of Positive News magazine seeks out some of the inspiring people driving progress here today

At a time when many citizens, as well as people around the world, are feeling down on the UK, what is the UK doing well? The Jul–Sep 2019 issue of Positive News magazine seeks out some of the inspiring people driving progress here today

From ancient wilderness to imperial coloniser, to industrial giant, Britain has shifted its guise many times throughout history. Post-Brexit vote, our nation has never felt more in need of a new identity. But what’s next? What sorts of things might people be willing to unite behind when division feels ever-present?

We want to throw our hat into the rebranding ring with this issue’s cover story, where we uncover some of the diverse ways that progress is being nurtured in the UK. From seemingly small ways to make cities friendlier for wildlife, to socially progressive national policies, there is no shortage of inspiring ideas. (We could easily have filled the issue with them).

Daniel Raven-Ellison, the man behind London becoming the world’s first national park city this month, is a perfect example. Moments where we reconsider what’s possible, he says, can – slowly but surely – edge out feelings of hopelessness and disempowerment. “Above all, I want people to feel proud,” he tells me. “We could all do with a bit more of that at the moment.”

If you’re in need of a positive vision, I suggest luxuriating in our piece about the rewilding of the Knepp estate. The tale of wildlife returning in magical abundance to this formerly heavily farmed patch of West Sussex could sway the most committed cynic.

As that project shows, sometimes it’s about letting go, allowing nature to do its ‘gloriously messy’ thing. Or perhaps saying yes where we might instinctively turn opportunities down. Our piece about the Say Yes More community unpicks the joy that can emerge as a result.

Moments where we reconsider what’s possible, can – slowly but surely – edge out feelings of hopelessness and disempowerment

GP Gary Bloch, who we also meet this issue, is a refreshing antidote to the all-too prevalent silo mentality. His patients’ health problems come hand-in-hand with economic deprivation, he reasoned, so they need money as well as medicine.

When it comes to mental health, I was really moved by our story about a man helped back from the brink of suicide by his new passion for birdwatching.

And I challenge you to suppress a smile as you read about the couple from Bristol who are behind the Oh Europa project. They decided to travel Europe in their campervan – collecting love songs as they went. Could this be the way to reconnect with the rest of the world? And more importantly, what would you sing if they pulled up on your doorstep?