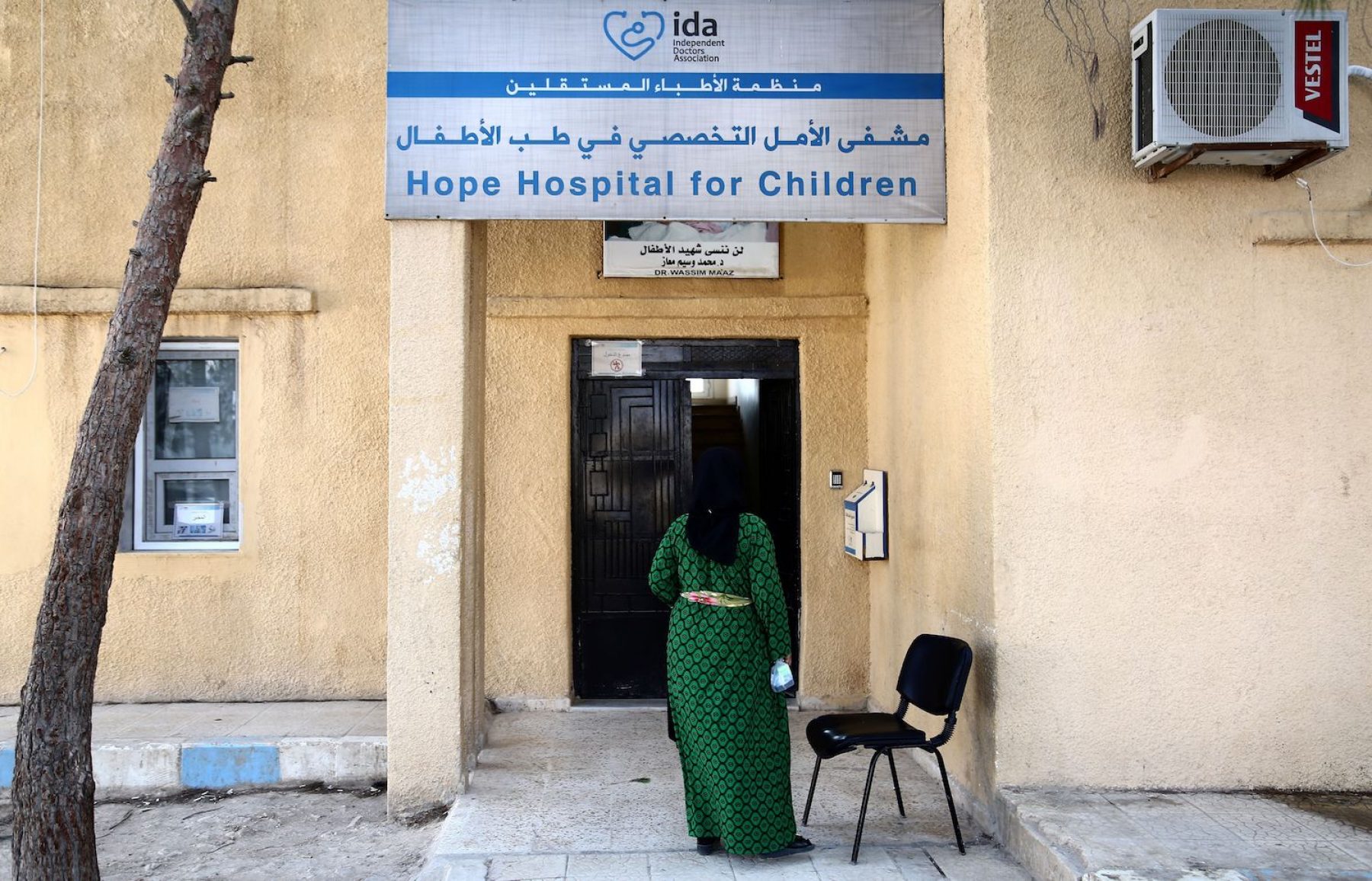 In a country where government forces stand accused of routinely targeting healthcare facilities, one hospital in Syria has risen from the rubble to treat tens of thousands of children

In a country where government forces stand accused of routinely targeting healthcare facilities, one hospital in Syria has risen from the rubble to treat tens of thousands of children

Hope Hospital for Children – the world’s first crowdfunded hospital to be built in a conflict zone – opened in 2017, after donors from around the world pledged £246,000 to fund its construction. The facility was built in Jarabulus, a city once controlled by Islamic State. Dr Hatem Kannas, director and lead paediatrician, has seen thousands of patients come through the doors since.

One memorable admission was a newborn girl called Hanan, who was showing symptoms of a fever. A CT scan revealed that she had cerebral oedema, which can be fatal. However, thanks to the facilities at Hope, Hanan was treated and subsequently discharged.

“We receive dozens of cases like Hanan’s monthly,” said Dr Kannas. “We are so grateful for the unique presence of this free hospital. Despite the dangerous environment, we are able to save the lives of thousands of children annually.”

Run by the Independent Doctors Association, Hope Hospital has overcome many challenges in its short history, including being damaged by a car bomb. A funding crisis also threatened the hospital in 2018 – the deadliest year of the Syrian war for children, according to the UN – but it was kept open after donors pledged a further £480,000.

“Hope Hospital is a shining beacon of what we can do when we believe in our shared humanity,” said Dr Rola Hallam of CanDo, a humanitarian support organisation that helped organise the crowdfunding campaign. “The amazing staff there save lives every day thanks to people-to-people care, action and hope.”