Coping with trauma through a camera lens

“When I come to class, I forget everything.” Kasun* is an asylum seeker. After being imprisoned and tortured in his home country of Sri Lanka, he managed to flee, only to be detained again as soon as he stepped into the UK.

Kasun is not permitted to work or study, and, until his case is resolved by the Home Office, he will live in limbo – the prospect of being sent back hanging heavy over him. With a sad smile, Kasun tells me that sometimes he doesn’t leave the house for weeks, and has no friends or family in this country. Concerned about how isolation was affecting his mental health, his psychotherapist referred him to a photography group for people in his situation. One year later, the group has given him a reason to get out of bed. “I’ve realised it is still possible to enjoy life,” he says.

Classes take place in London and are organised by the Helen Bamber Foundation, a charity that helps survivors of torture, trafficking, slavery and other human rights abuses. By providing legal and therapeutic support, the foundation helps people recover from trauma and rebuild their lives.

Photographer Alejandra Carles-Tolra leads the group and is collaborating with University College London on research into the impact of art therapy in displaced communities. “I’ve always been interested in the power of art and creativity to bring communities together and allow people to express themselves in a global language,” she says.

Being part of a weekly group that encourages collaboration helps people to feel purpose, promotes togetherness and establishes routine. Carles-Tolra believes photography is a great tool to break through language barriers and to explore universal themes. “It gives people a voice to express their ideas, channel their emotions and explore or escape from their struggles.”

It gives people a voice to express their ideas, channel their emotions and explore or escape from their struggles

But the group is about developing community as well as images. As they discuss their latest assignment – portraits in response to a film made by refugees at Talbieh camp in Jordan – chocolate is passed around, one person offers biscuits and another makes tea. “In this class we really like to eat,” someone jokes. They exchange recipes, and banter about which of their countries has the best rice dishes. Here they feel safe.

“It’s about sharing and being inspired by each other,” says Laila*, an outgoing Pakistani woman. All of them bring different experiences to the table: unspoken trauma, but also diverse abilities and perspectives. They insist that their photographs – of which they are tremendously proud – result from a collective effort.

The group doesn’t shy away from difficult topics, notes Carles-Tolra. Assignments encourage them to use photography to comment on race, inequality, even Brexit. One week, the students were tasked with photographing something meaningful to them. “Laila chose the religious armband she always wears for protection, another student a pine cone that reminds her of her country, and a third one simply photographed the face of her son,” says Carles-Tolra. 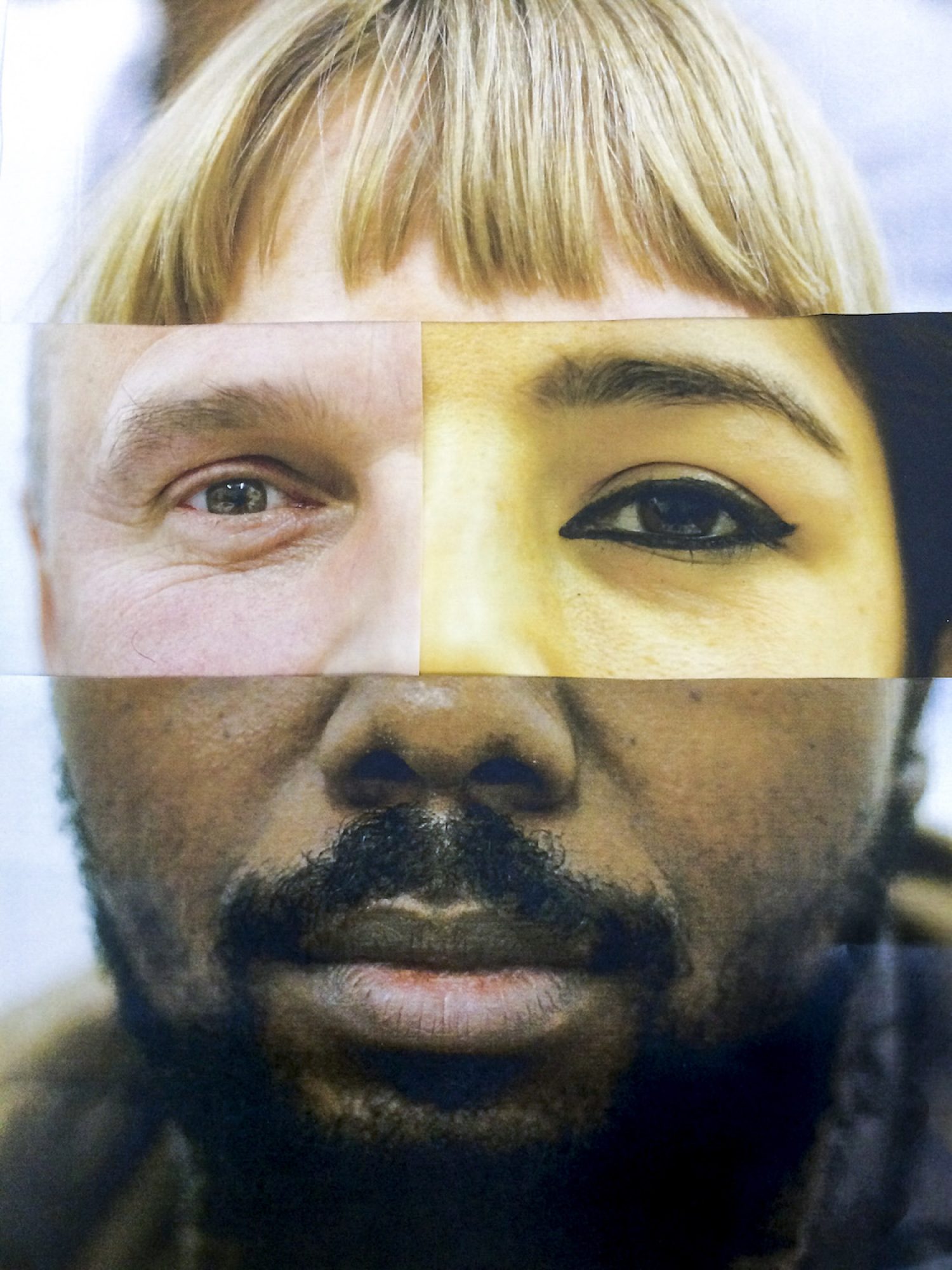 A composite portrait taken by members of the photography group. Image credit: Participants in the Helen Bamber Foundation Photography Group

Nothing is forced. The students choose how they want to participate, and what they are happy to reveal about themselves. Some come along for just a few sessions; others – like Kasun and Laila – stay for years. Some are chatty; some quiet.

The instructor lets them set the pace: “Many times we focus too much on the final product, but the creative process is just as beneficial.”

The class is dismissed, but nobody seems in any hurry to leave. Through their WhatsApp group, they will continue the conversation outside the class. Laila beams: “I’d never had an opportunity like this before. We’re a family.”

* People’s names have been changed to protect their identities