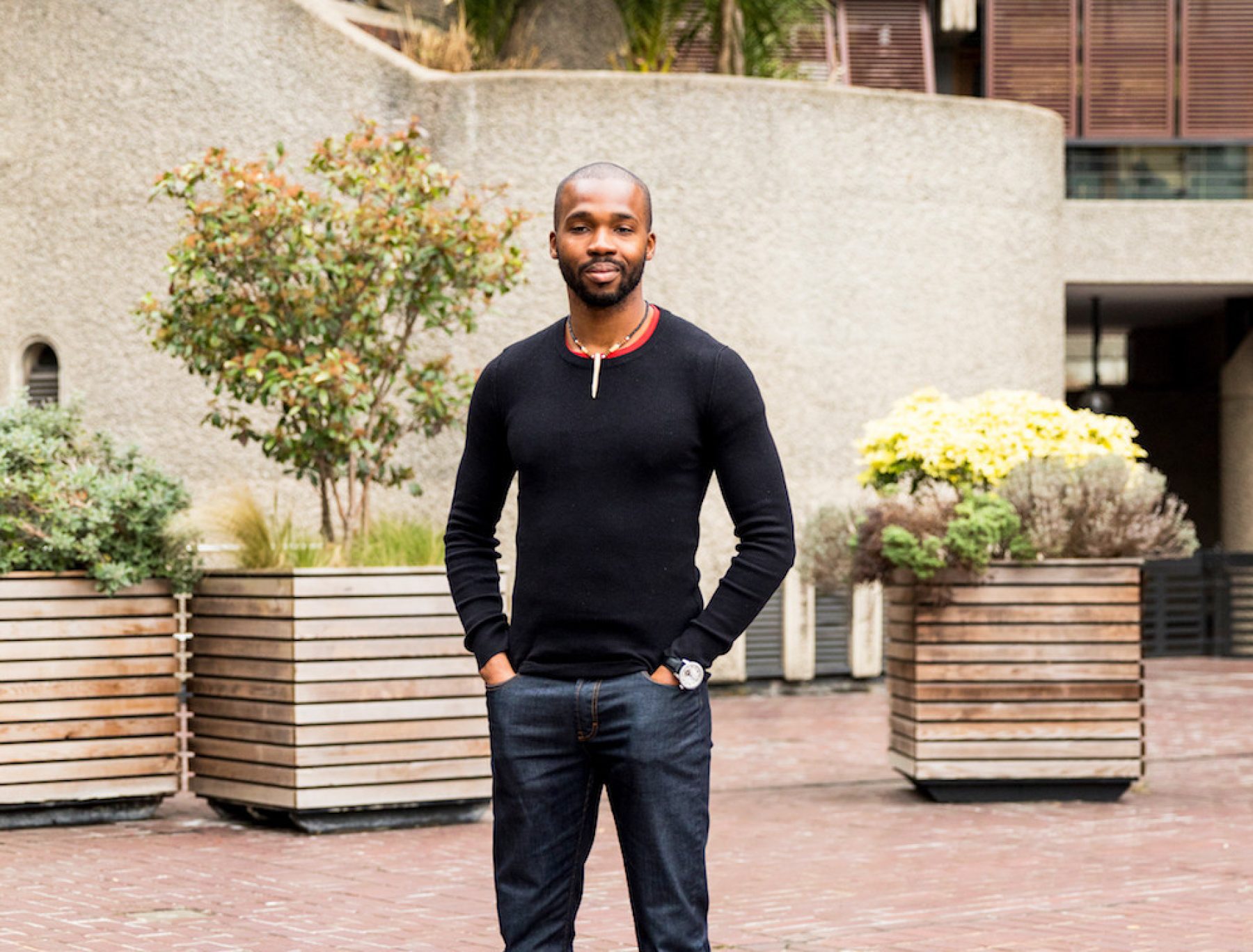 Tired of seeing Africa misrepresented or watered down in the western media, three self-confessed African comic ‘geeks’ decided to tell their own stories

Tired of seeing Africa misrepresented or watered down in the western media, three self-confessed African comic ‘geeks’ decided to tell their own stories

“My younger brother, who used to love to draw, felt really reluctant to draw black characters,” says Ziki Nelson, co-founder of the Kugali comic anthology. “He just didn’t think that would be a cool thing to do.”

Based at that time in Lagos, Nigeria, the pair had grown up on comics from the US and Europe: in short, white characters and western stories. “I read comics like Asterix and Obelix and Garfield and moved on to things like the DC and Marvel comics when I was 12 or 13,” says Nelson. “So I didn’t see any superheroes that came from Africa.”

Happily immersed and counting Spiderman as his favourite character – “I really related to him because he is a nerd” – it wasn’t until Nelson moved to the UK at the age of 18 that the concept of representation started to niggle. When African or black characters did appear in comics, noticed Nelson, who is now 27, they and their cultures were often diluted or caricatured. Sometimes it was just lazy, sometimes it verged on the offensive.

Then in 2012, Lagos hosted its first ever Comic Convention, which Nelson attended. Alongside comics that simply rehashed familiar characters and narratives – “slapping a Nigerian flag where the US flag would have been, for example” – Nelson came across writers and artists who were telling truly original stories: comics based on African folktales and cultural themes.

“It became clear to me that, to tell the kind of stories that I wanted to tell, those inspired by African myths and legends,” he says, “I would have to figure out a way to do that on my own.”

After first hosting a popular podcast on the topic, in 2016, he and co-founders Hamid Ibrahim and Tolu Foyeh launched Kugali: an anthology of some of Africa’s best comics. It comes in a Regular edition, which is designed for all ages, and the Raki edition, which is created for older readers who like their stories “a little more dark and gory”.

The title is adapted, explains Nelson, from a Swahili phrase ‘A kujali’ which he translates as ‘something that matters’. 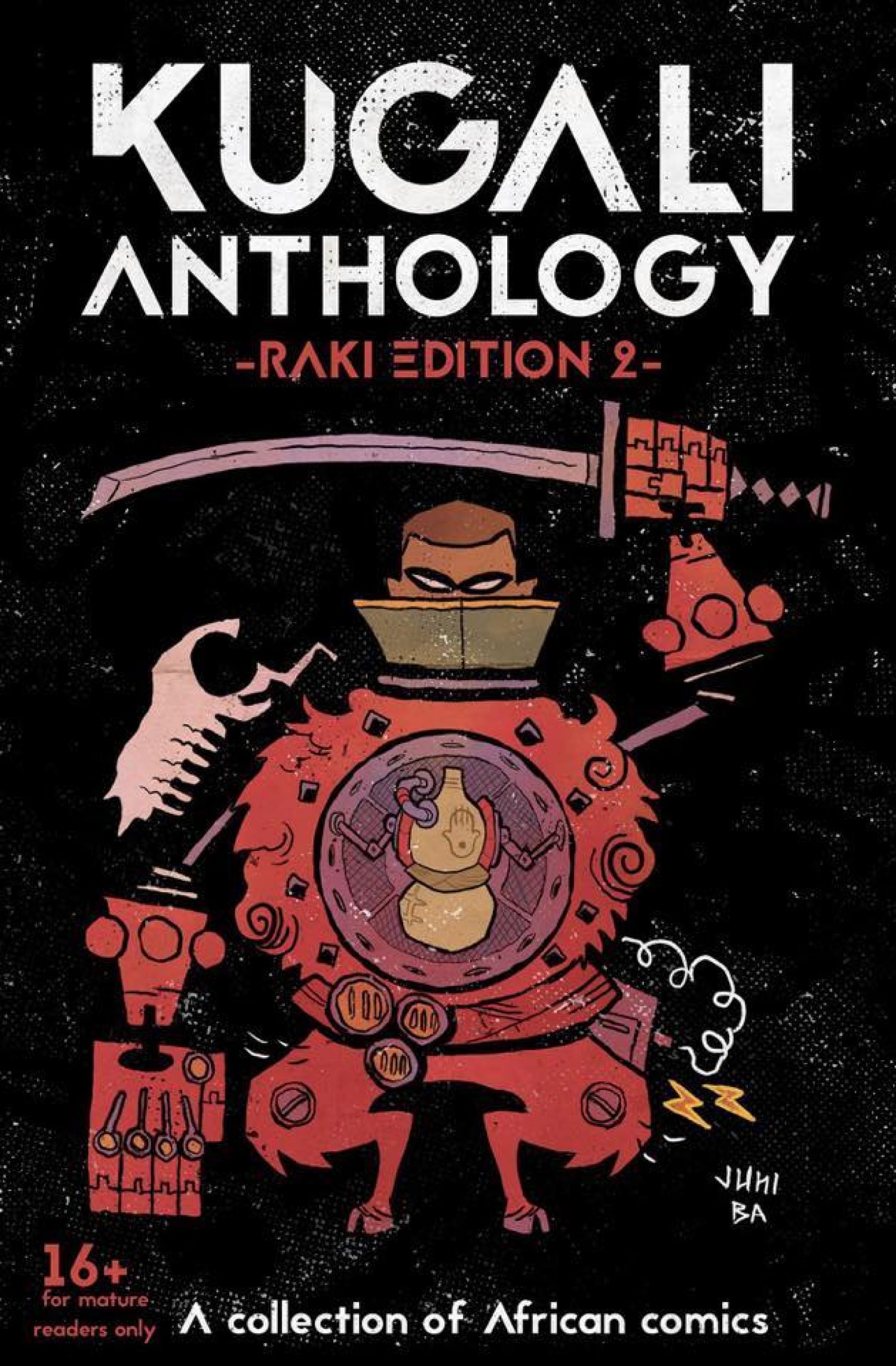 The second edition of the quarterly publication

So why does it matter to hear from a diversity of storytellers? “Beyond the benefits of having a society where everyone simply feels included,” he says, “it’s about innovation. One challenge I see in western media is the regurgitation of ideas, which can lead to stagnation. Opening up the floor allows for much richer stories.”

Kugali is a treasure trove of fresh talent. For example, artist Juni Ba, who is originally from Senegal but who now lives in France. His Kayin and Abeni series is set in a fantasy space world using African aesthetics, themes and culture as inspiration. It’s a welcome addition to sci-fi, which until recently, rarely depicted black characters. “It was as though they were passing on the message there are no black people in the future,” notes Nelson.

His own comic, Iku, also features. “Nigerians take curses very seriously. My perception of a curse is a story you tell yourself, a self-fulfilling prophecy with negative consequences. So I took the idea of a witch doctor’s curse and made it magical.”

Regurgitating ideas can lead to stagnation. Opening up the floor allows for much richer stories

A BBC article billed Kugali as ‘the African comic book hoping to take on Disney’, but artistic integrity is more important to this trio than world domination. “I would rather be a sustainable, mid-level sized company that can tell great stories,” says Nelson, “rather than something larger that has to dilute quality to reach a wider audience.”

Kugali is funded by a combination of Arts Council grants, a Kickstarter campaign and private funding, as well as book sales.

The anthology is proudly pan-African, but celebrates each country’s unique culture: too often, the continent is presented as a homogenous mass, says Nelson. That said, he hopes Kugali will prove popular around the world: “Ultimately, our common humanity unites us more than our differences,” he says. “Good stories are just good stories.”