Artist creates alphabet made up of trees in New York City

The font will be available for free, allowing anyone to ‘write in trees’. Katie Holten hopes people will use it to plant words, poems and stories around the city

The font will be available for free, allowing anyone to ‘write in trees’. Katie Holten hopes people will use it to plant words, poems and stories around the city

You’ve heard of reading tea leaves, but what about tree leaves? Artist Katie Holten has made it possible for people in New York City, by creating a font that replaces the 26 letters of the Roman alphabet with symbols of trees that grow there.

Using species on the NYC Parks Department’s planting lists, as well as those that are being introduced as a result of the changing climate, the font includes a drawing of a birch for B, an elm for E, oak for O, and willow for W.

Holten will make the alphabet available for free download and will invite New Yorkers to plant real trees that correspond to the letters. “In this way, people will be able to ‘write’ words, poems and short stories around the city,” she says.

“In a nutshell, the aim is simply to share a love of trees with everyone, everywhere,” she tells Positive News. “It’s about looking at language in a fresh way, maybe realising that we take words for granted.”

Currently an artist in residence with the New York City Urban Field Station, she hopes the NYC Tree Alphabet will increase ‘ecological literacy’ about climate change, urban conservation and engagement with nature. 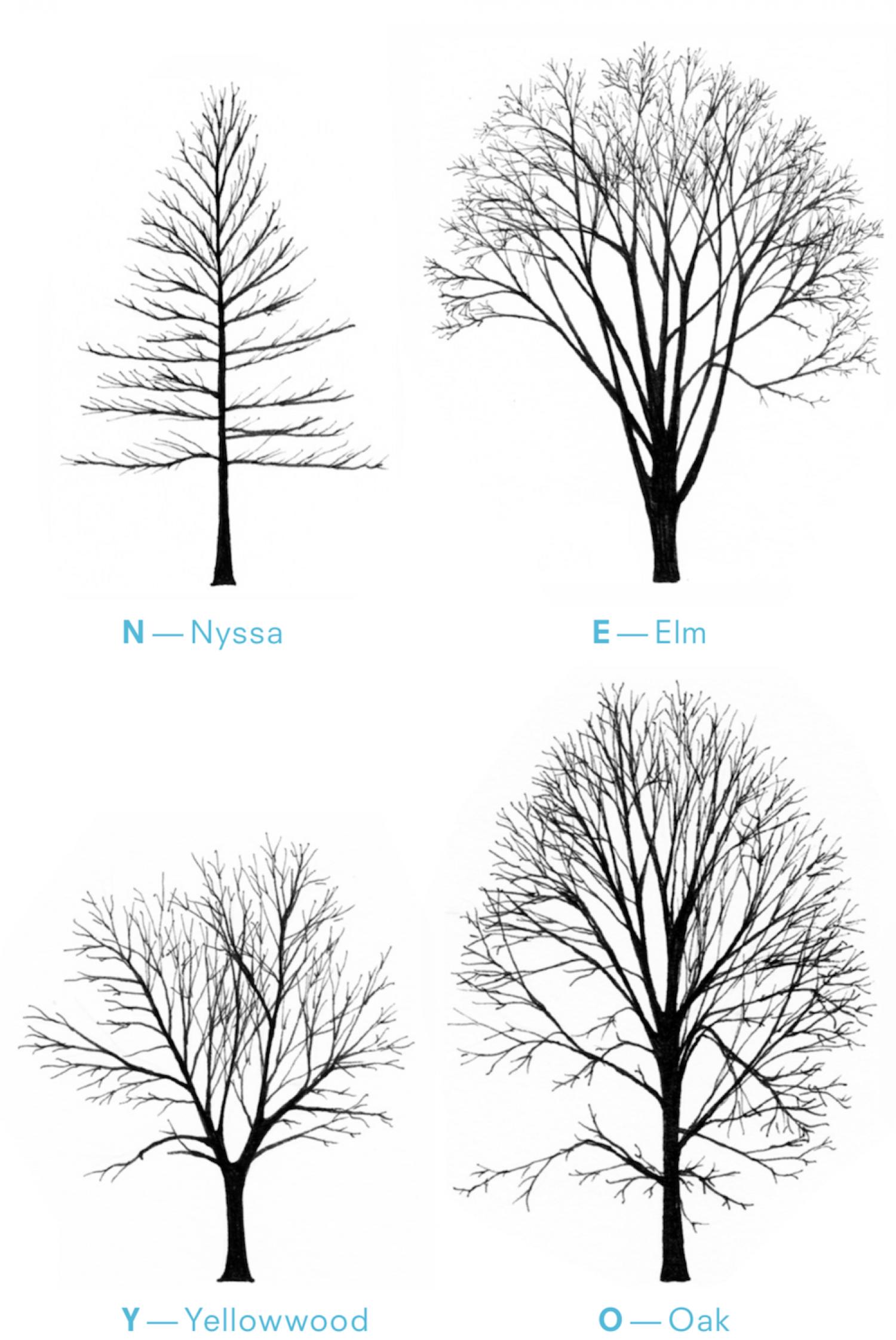 Branching out: each letter refers to a tree growing in New York City. Image: Katie Holten

Holten previously created a tree alphabet in 2015 for her book, About Trees, and was looking for a similar project. “As I live in New York City, I started planning an NYC Tree Alphabet,” she says.

Also, trees can talk, adds Holten, mentioning the book The Hidden Life of Trees by Peter Wohlleben, as well as research by ecologist Suzanne Simard that explores communication between trees and other non-humans. “We humans just can’t see or read it,” she says. “I’m very interested in moving beyond a human-centric way of thinking about language. We share this planet with them and why should our language be dominant?”

The aim is simply to share a love of trees with everyone, everywhere

Holten is also developing a tree alphabet for Dublin and a stone alphabet in Cassis, France, and in the Burren in Ireland.

So how has the response been, given that these aren’t mainstream concepts. “Incredible,” says Holten, who is currently finalising the font, sharing some of the works in progress on Twitter and Instagram as she goes. “There seems to be a hunger for it. People’s eyes light up and they get excited when they hear about it: everyone tells me their own personal tree story.” 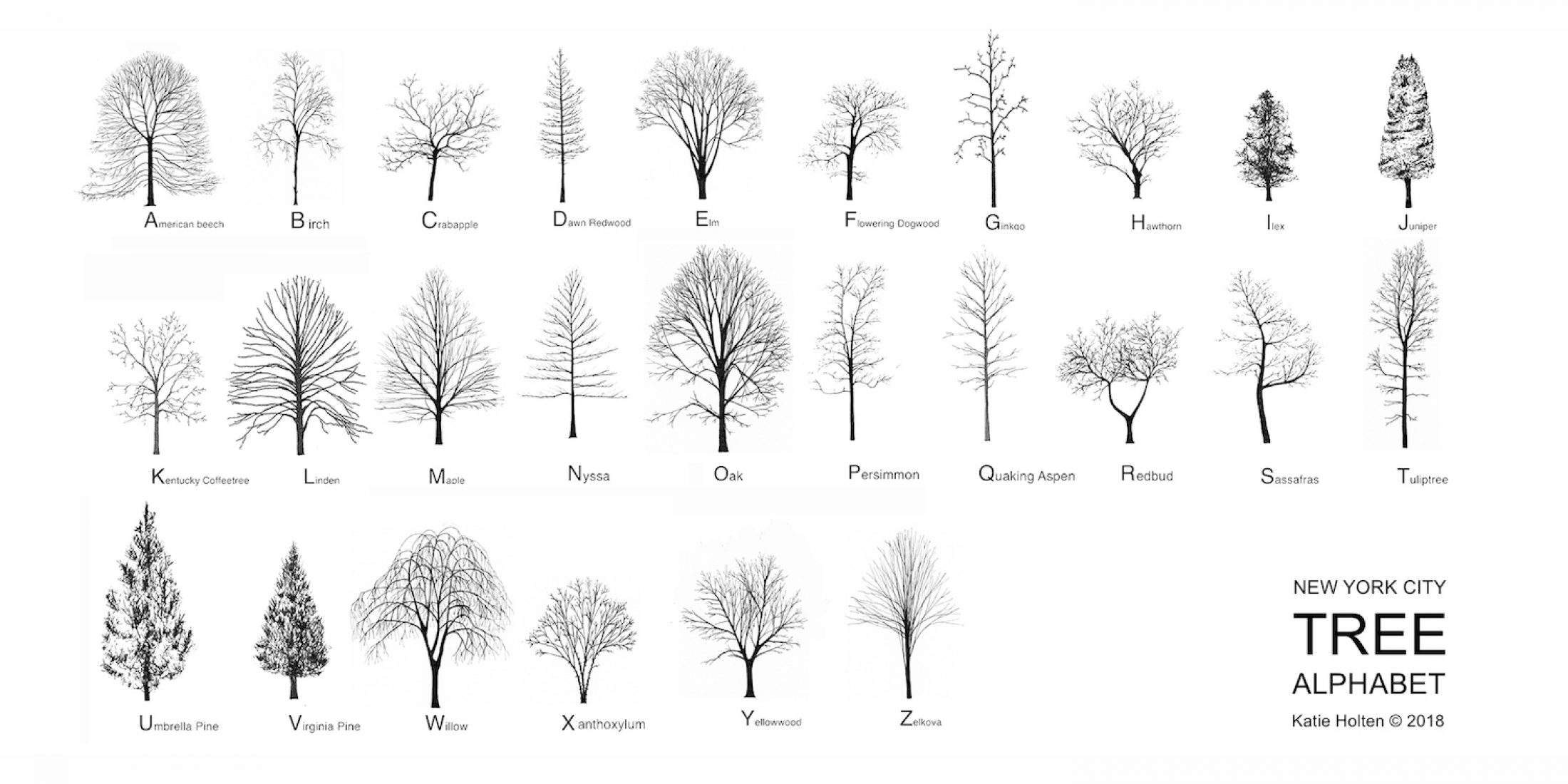