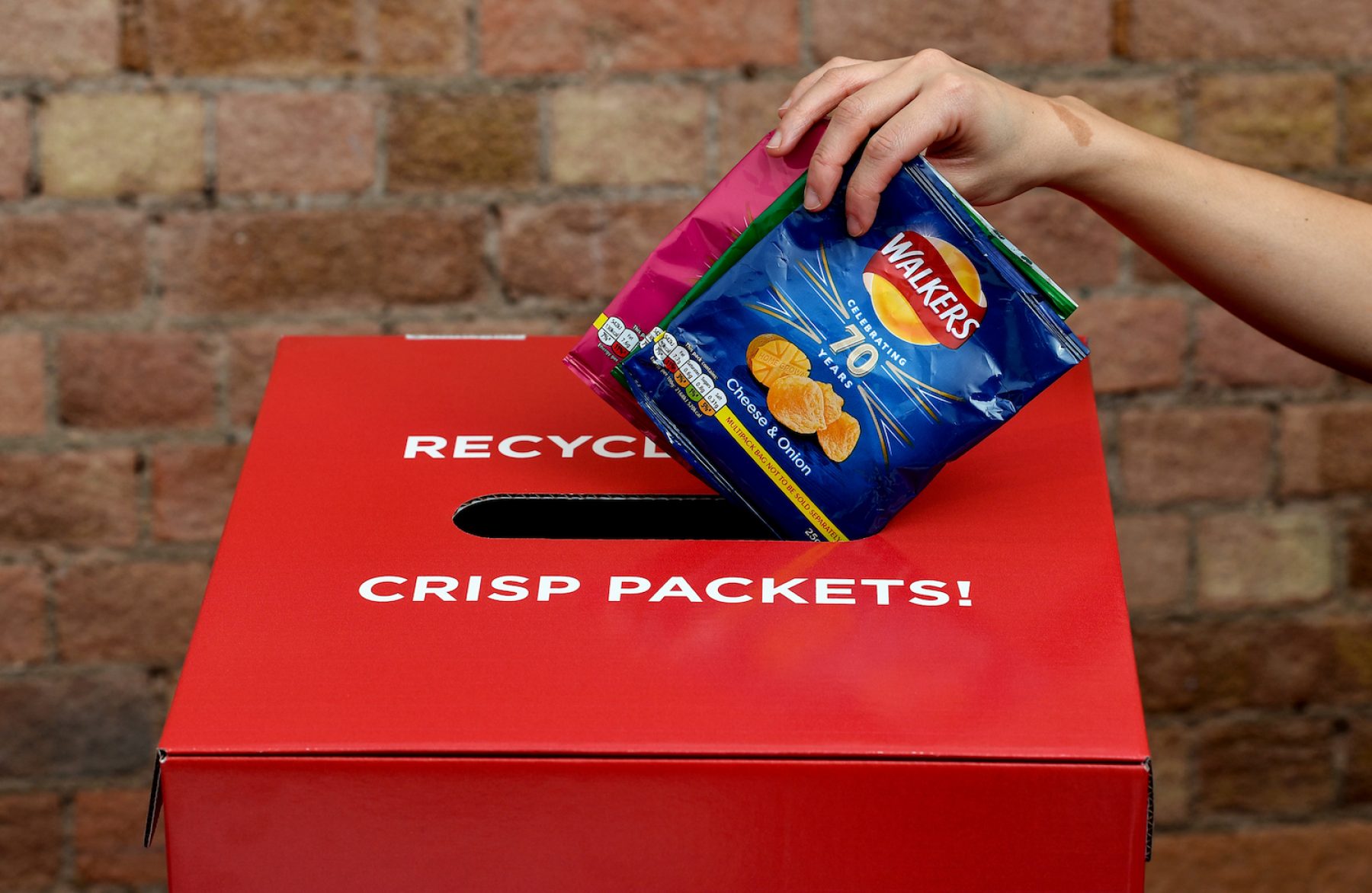 Walkers has announced what it says is the first ever UK-wide recycling service for crisp packets, featuring collection points and a free courier service

Walkers has announced what it says is the first ever UK-wide recycling service for crisp packets, featuring collection points and a free courier service

Prompted by environmental concerns, thousands of people took part in the #PacketInWalkers campaign. One by one, they posted empty crisp packets back to Walkers, one of the UK’s best-known crisp manufacturers. The company said it was unable to make the switch to recyclable packets until 2025 at the earliest, but this week, launched what it believes to be the first nationwide crisp packet recycling scheme.

Working with recycling company TerraCycle, the scheme will tap into an established network of recycling collection points around the UK. Free to use, all brands of crisp packets will be accepted and will ultimately be turned into other basic plastic items.

People can take empty packets to their nearest recycling drop-off point, or download a label from the TerraCycle website and arrange to have the packets collected from home by courier, also free of charge.

The packets will then be sent to TerraCycle who will clean them and shred them ready to be made into small plastic pellets, which will be used to make items such as outdoor furniture, trays, roofing and flooring.

Ian Ellington, general manager of PepsiCo UK, the parent company of Walkers crisps, said: “This is another important step towards our ambition to make all of our packaging 100 per cent recyclable, compostable or biodegradable by 2025. This is the first crisp packet recycling scheme in the UK and it will only work if everyone gets collecting and sending in, which is why we’ve made the scheme as simple as possible and free.”

It will only work if everyone gets collecting and sending in, which is why we’ve made the scheme as simple as possible and free

Crisp packets are technically recyclable. However, the issue until now has been that they were not being separated or collected for recycling. Walkers say their investment is making this possible for the first time.

To encourage collection and return of the packets for recycling, the scheme is offering charity points based on the number of bags collected. Walkers wants to encourage people to collect as many packs as they can in one go and then send them in larger batches. 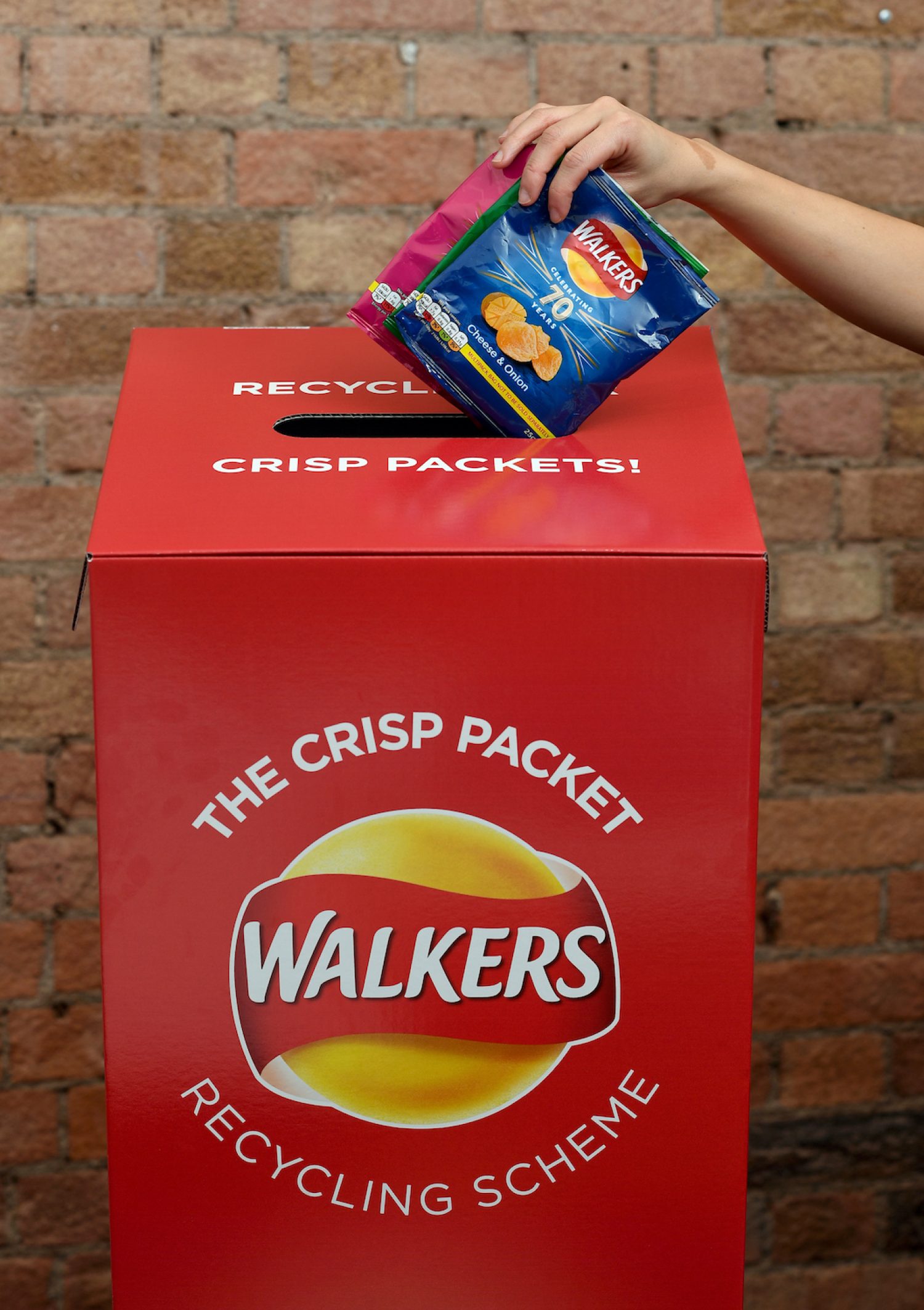 Empty crisp packets can be taken to recycling drop-off points, or collected by courier for free

The scheme will be promoted on Walkers crisp packets from January and added to the TerraCycle recycling network from today (Monday 10 December).

Michael Gove, UK environment secretary, added: “As the custodians of our planet, we must take action now to protect our oceans and wildlife from single-use plastic pollution. Walkers are setting a fine example with this new scheme, and I want to see other companies step up, follow suit and reduce their environmental impact.”