Protesters delivered a radical manifesto, co-edited by the broadcaster Chris Packham, to Downing Street. The document calls for an end to the “war on wildlife”

Protesters delivered a radical manifesto, co-edited by the broadcaster Chris Packham, to Downing Street. The document calls for an end to the “war on wildlife”

‘Walk for the missing millions’ was the rallying cry, and thousands answered. The millions in question are the birds, animals and other wildlife to have disappeared in recent decades following the decline of more than half of British species.

In what organisers called a ‘natural revolution’, the People’s Walk for Wildlife on Saturday (22 September) began in Hyde Park and progressed to Whitehall. Demonstrators – many dressed as foxes, badgers and other species – made their way through the rain to a soundtrack of digital birdsong. After a prompt from organisers, hundreds of people played it through their phones.

“I believe that conservation and environmental care should be wholly independent from any party politics” wrote Packham in the manifesto’s foreword. “I believe we need a greater political consensus on what needs to be done for nature – saying ‘we care’ is not enough – we need informed action.

He said that conservation policies should be informed by sound science and fact but also motivated by “the desire to be kinder and fairer to the living world”.

Saying ‘we care’ is not enough – we need informed action

The document, which was also co-edited by author Robert Macfarlane and natural history writer Patrick Barkham, calls for the establishment of a new independent public service body – Life UK. It would oversee all conservation and environmental care and receive ‘significant’, long-term ring-fenced funding. This would help ensure it is “independent from the whims of party politics and different periods of government,” reads the document.

The manifesto, which Packham emphasised is a first draft and incomplete, covers climate change, biodiversity loss, landscape and conservation management as well as topics such as wildlife crime.

‘Let’s End Culling’ and ‘No Fracking Way’ were among the placards spotted on the demonstration, which was supported by major NGOs, conservation groups, members of the public, schools and businesses. 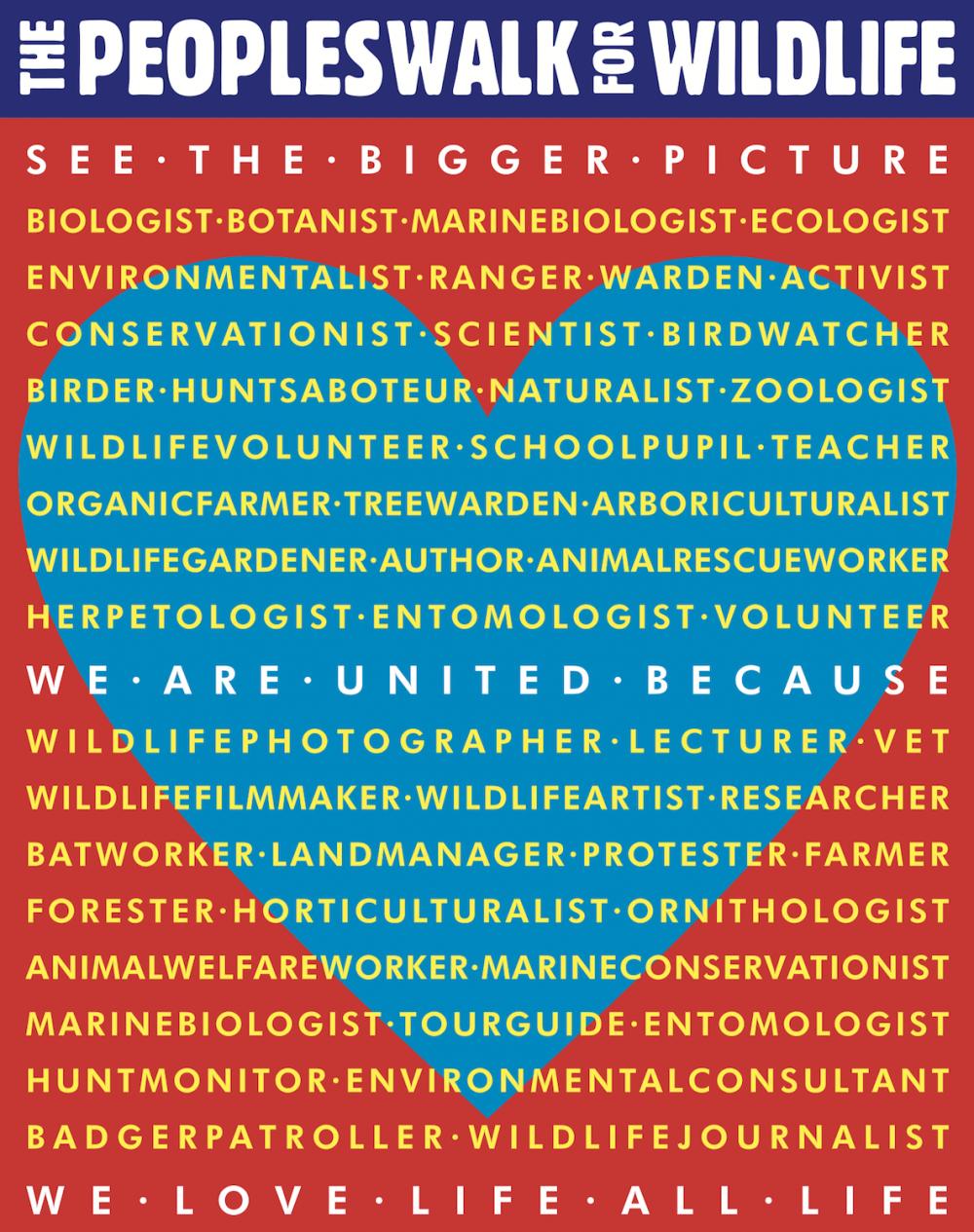 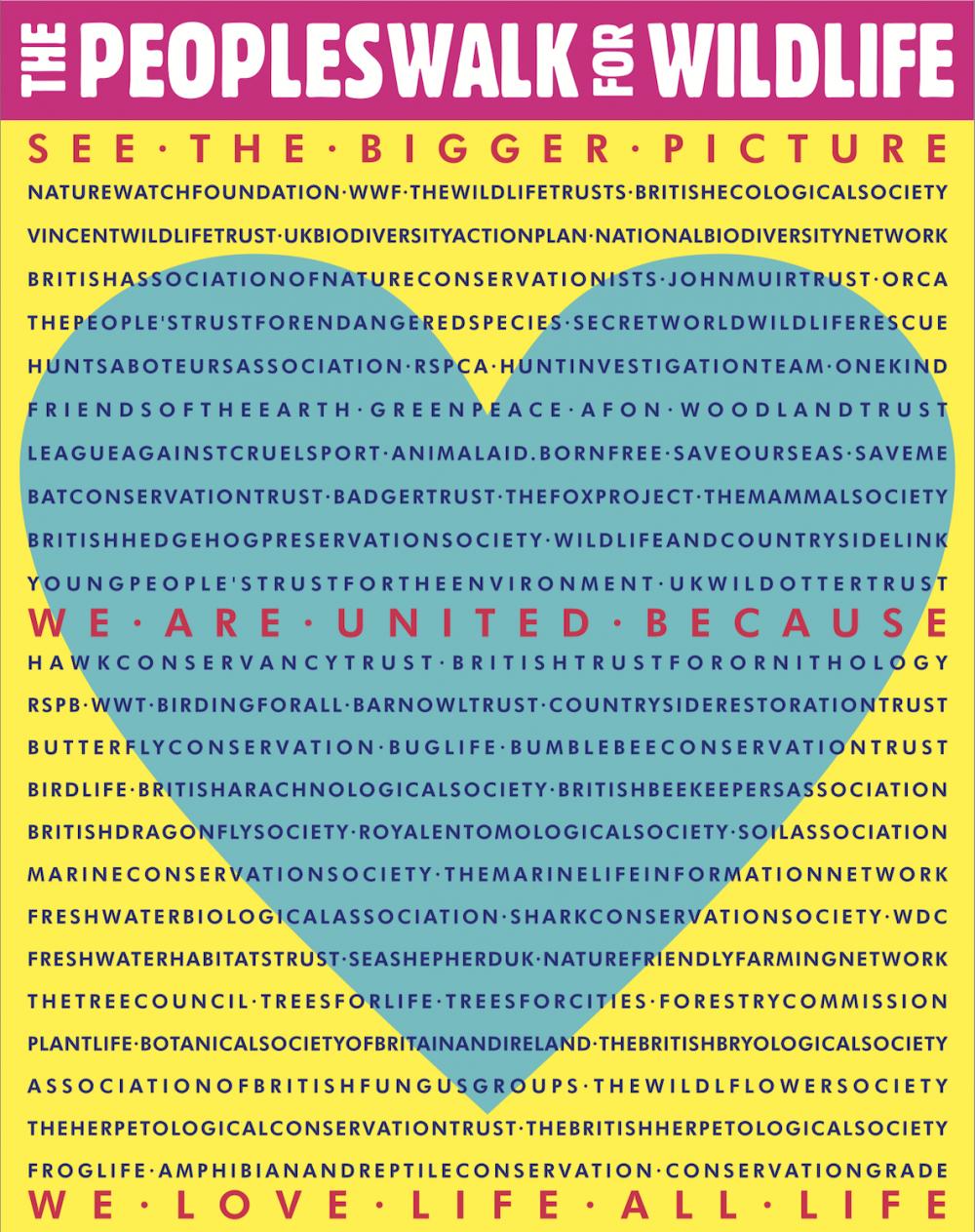 Philip Bruss was among those taking part. He tweeted: “Early start in Somerset to head to London for #ThePeoplesWalkForWildlife. Hand painted banner and all. Let’s raise some awareness about the missing millions, and remind everyone of their obligations towards those unable to stand up for themselves.”

Meanwhile Cheryl Marriott tweeted: “Looking pretty weird on the train to London in a bright green (frog) skin suit but worth it if it helps to wake people up to #Cornwall’s wildlife loss!”

And Jeff Ollerton, a Professor of Biodiversity, described the event as “the most important demonstration of public support for nature in a generation”.

Supporters are asked to contribute towards the costs of organising the event, through a crowdfunding campaign.