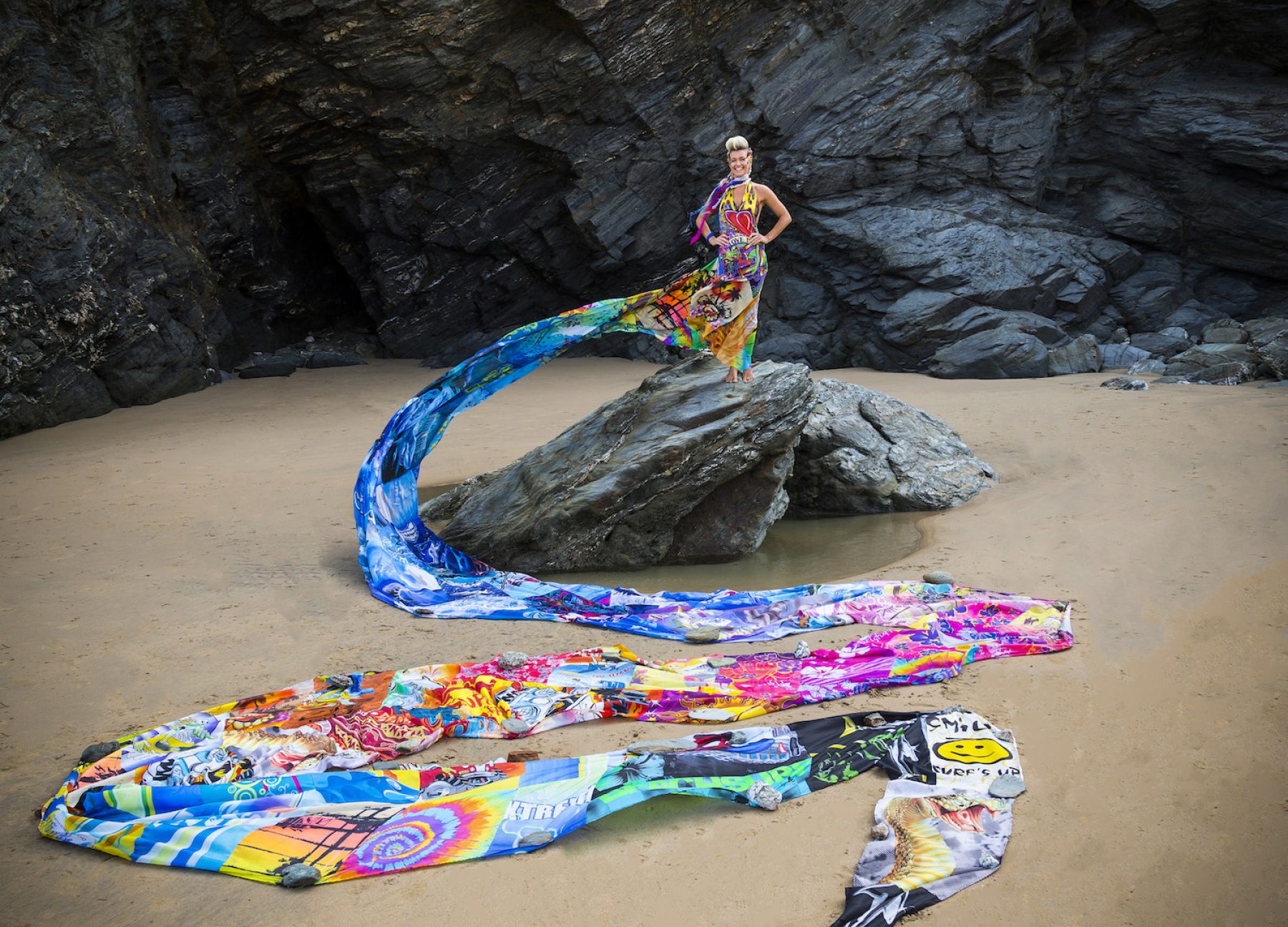 Stemming the tide: the Wave of Waste dress

“To get the fabric for this 22 metre-long dress, I stripped the material off more than 100 discarded, snapped bodyboards,” explained Dr Linda Thomas, a medical doctor turned eco-designer.

After washing the fabric, she laid the material out through her house to plan her design. “It just kept getting longer and longer, and is a real reminder of our throwaway society,” she said. The dumped polystyrene bodyboards, which provided the fabric for the colourful creation, Wave of Waste, were collected from three Cornish beaches by the charity Keep Britain Tidy in two weeks during peak season.

The Bristol-based designer has also created a dress made from ‘ghost’ fishing nets – nets that are lost or left in the sea by fishermen – and statement gowns made from the remnants of helium balloons found washed ashore. All are part of her bid to highlight ocean pollution via her enterprise, Linda Thomas Eco Design.

After finding a huge, heavy ghost fishing net on a Cornish beach, Thomas spent six months sewing it together by hand, using ghost fishing line. The finished dress is currently on display at the Invisible Worlds: Ocean exhibition at the Eden Project in Cornwall and will also feature at Henley Festival in July.

“That entire dress comes from the sea,” she said. “I kept getting tangled up in the strong nylon while sewing – it’s easy to see how wildlife gets trapped. This is a major global problem. Now it’s time to make a change.”

Thomas hopes that creating an emotional connection between people and the planet will inspire action: “It’s uncomfortable information to process, but we can’t blame the fishermen; we must find a way to recycle nets properly.”

She specialises in crafting ethical fashion garments and wedding dresses from upcycled luxury fabrics. “I have a rainbow cupboard of fabric in my studio, mainly clothes from charity shops, just waiting to be transformed. “I want to show it’s possible to have beautiful garments that aren’t harmful to our planet. It’s important that we connect with what we are wearing.”