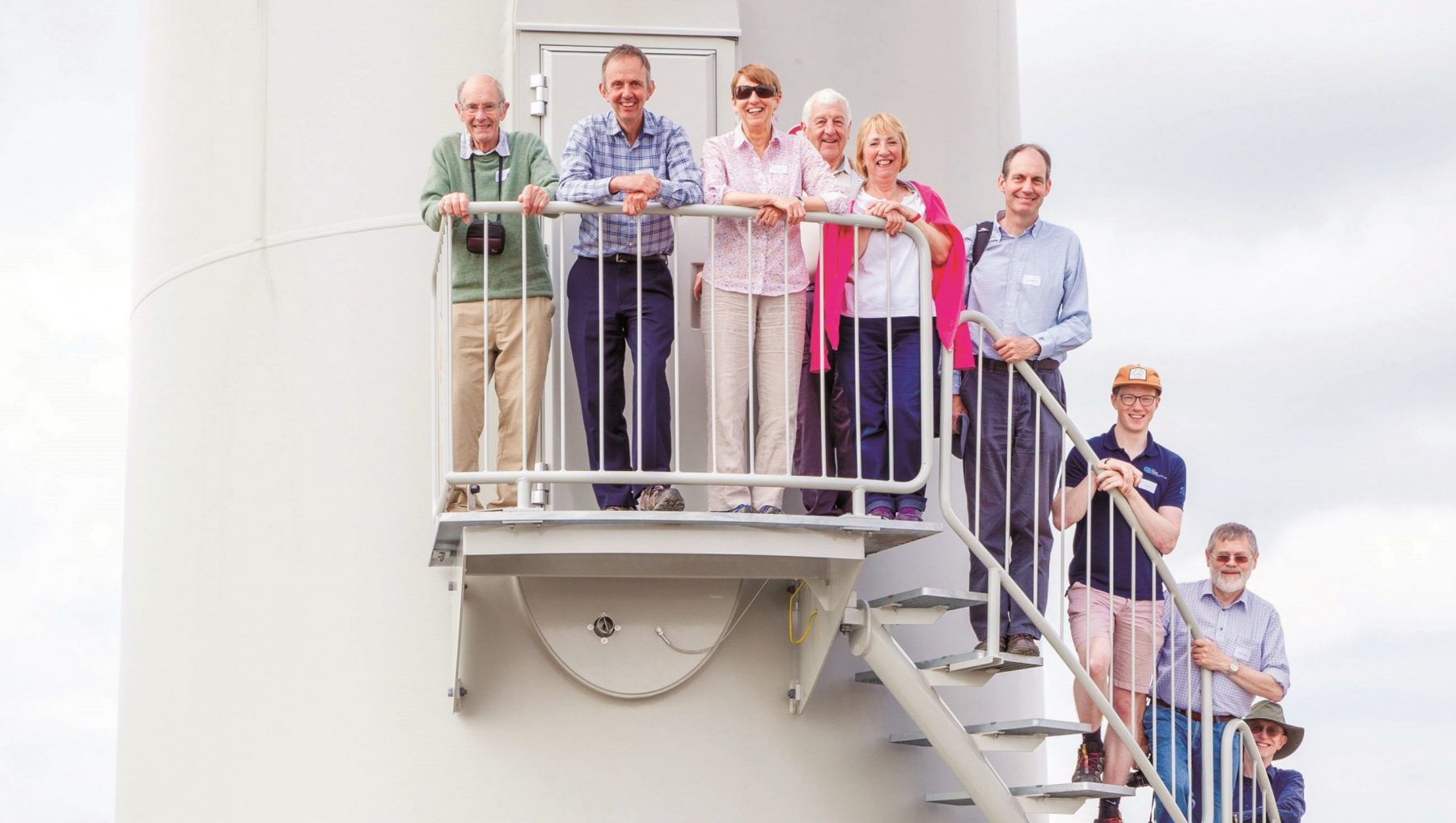 Words by
Alice Sholl November 22, 2017
Energy Environment
Positive News partners
This article has been created by Positive News and supported by Your Co-op

“People feel a lot more positive about renewable energy if it’s owned by them and they actually have a say as to how it’s done,” says Mark Luntley, non-executive director of the Energy4All family of renewable energy co-ops.

“Currently, the UK is dominated by a few big energy companies, and individuals are relegated to the role of passive consumer. But co-ops are owned by local people, and shares are marketed to them first.”

Energy4All is one of several organisations supporting renewable, community-owned energy in the UK. Community Energy England and Sharenergy are two notable others. Energy4All has raised more than £52m since its formation in 2002, and its 13,600 members own a total capacity of around 39MW – the power of about 43,000 microwaves – generated through wind, wood heat, hydro and solar power. An Energy4All community-owned hydropower scheme on the River Devon near the village of Rumbling Bridge. Image: Teresa Geissler

Since launching in 2013, the CBS has cleared £225,000 of household fuel debt by advising locals on energy efficiency and reducing bills; installed solar roofs on 32 community buildings; and built a 4.1MW solar farm – generating 6.1MW of clean energy.

“Renewable energy is much more accessible to communities when they have control and can influence the outcomes, than if they see an infrastructure that purely benefits private individuals,” notes Jon Selman, Plymouth Energy Community’s advisor.

Falling technology costs meant renewables experienced something of a worldwide boom in 2016. In the UK, they accounted for 83.2TWh – 24.5 per cent – of all electricity generation. The UK community energy sector has generated 265GWh in the past 15 years; a modest but significant number that looks set to increase.

Kayla Ente, CEO and founder of Brighton and Hove Energy Services Co-op, predicts an uptick in interest in the coming months and years. “We’re entering a period of increasing energy prices, due especially to our reliance on fossil fuels, so the co-operative model will become better known.” She has worked on energy efficiency schemes with local schools, businesses and homes, and estimates that her co-op’s installation of solar systems, air-source heat pumps and biomass boilers saves 333,500KWh of energy and £123,500 on bills annually.

“Co-ops are a model of care, so limited companies can’t generate the same wide appeal that co-operatives can,” says Ente. “The acceleration this industry requires to transform our energy infrastructure needs the co-operative model. It’s got to become mass scale. It needs to be adopted by the people, and a lot of people.”