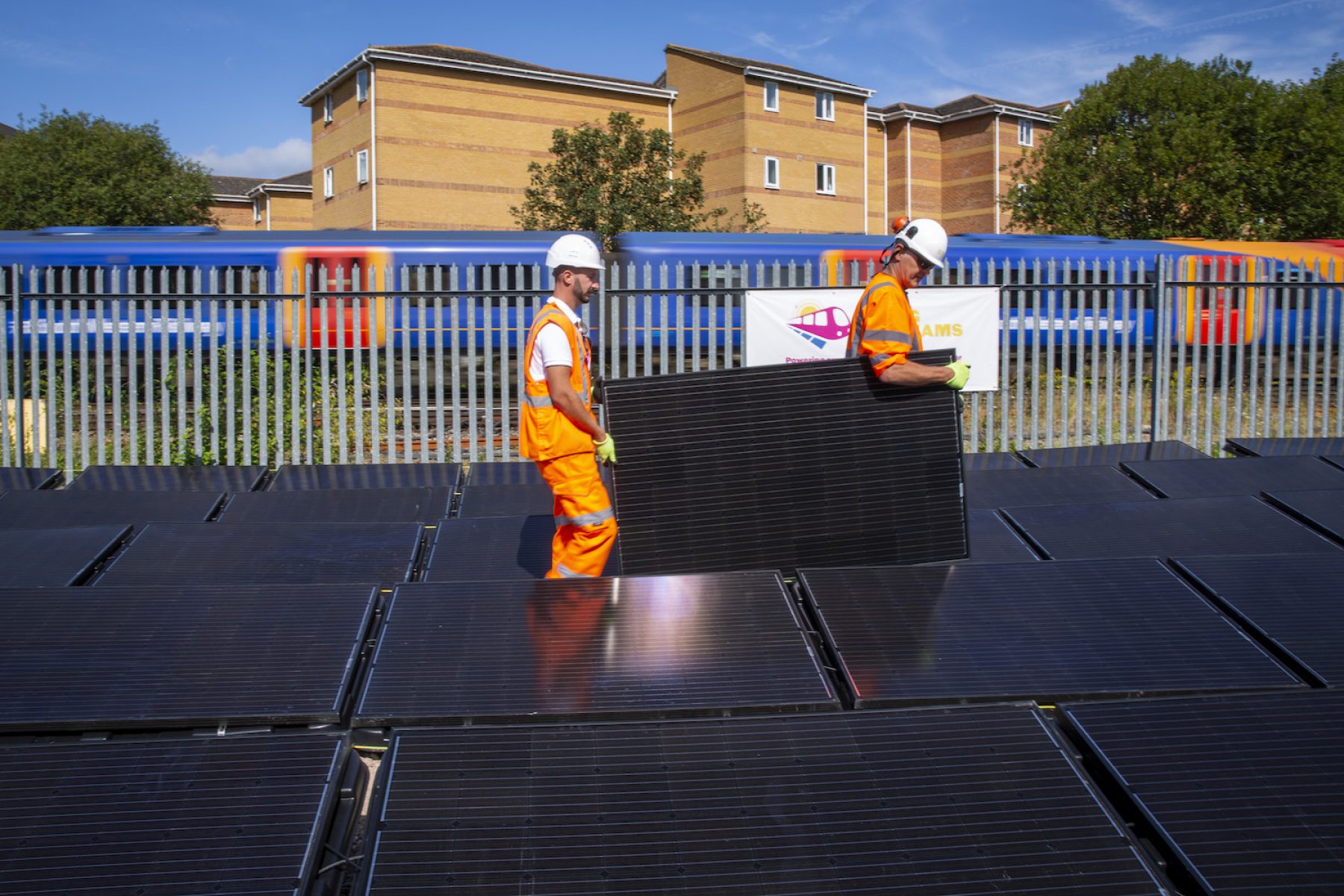 Could this sustainable railway project provide a blueprint for other train lines across the UK?

Could this sustainable railway project provide a blueprint for other train lines across the UK?

Railway signals and lights on National Rail’s Wessex route, in southern England, are now being powered by a direct supply of solar energy, thanks to a new project that hopes to prove solar energy can be a reliable power source for Britain’s railways.

The First Light project was launched on 23 August, when a 100-panel strong solar rig in Aldershot, Hampshire, was connected to an ancillary transformer on the line’s system, bypassing the national grid.

The project is run by social enterprise Riding Sunbeams, with funding from Department of Transport, and is seeking to build on research findings that solar panels directly connected to rail, tube and tram lines could meet a significant share of the electricity needs. Leo Murray, director of Riding Sunbeams, said: “Helping to get the railways off fossil fuels in this way will cut running costs at the same time as helping to tackle the climate crisis.”

By the end of 2020, the group hopes to build and connect the world’s first ever full-scale community- and commuter-owned solar farm to UK railways.