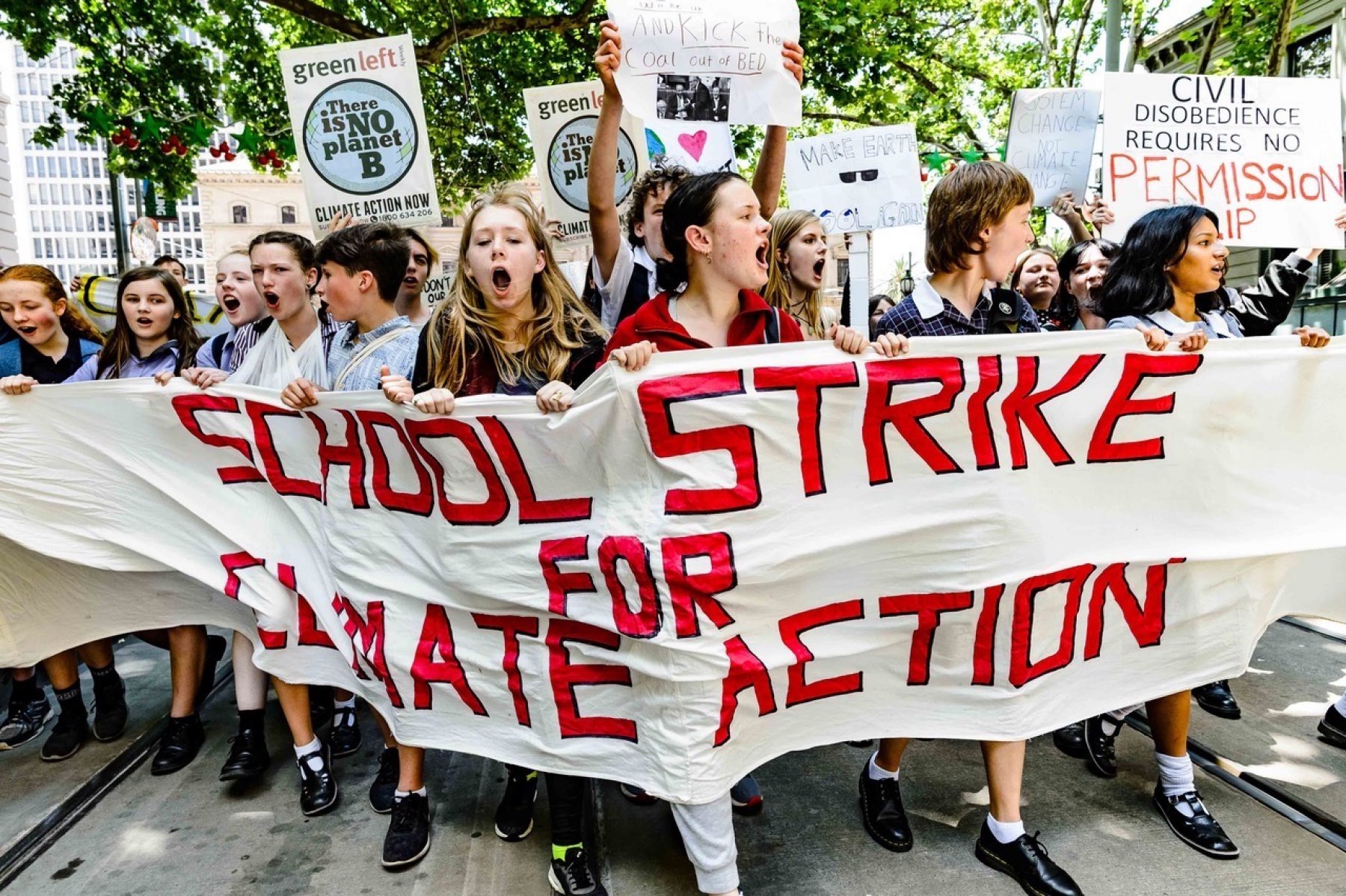 She may be a teenager, but Greta Thunberg is not afraid to hold power to account. Addressing business leaders at the World Economic Forum in Davos in January, the 16-year-old activist from Sweden told delegates that their financial success had “come with an unthinkable price tag” for the planet and for humanity.

“Some people, some companies, some decision-makers in particular, have known exactly what priceless values they have been sacrificing to continue making unimaginable amounts of money. And I think many of you here today belong to that group of people,” she said.

Delegates clapped, sheepishly, before flying home – many in private jets. Thunberg, by contrast, schlepped back to Sweden by train, a journey that took 32 hours.

Since delivering rousing speeches at Davos, at the COP 24 in Poland and most recently addressing the EU ahead of European parliament elections in May, Thunberg has used her newfound fame to inspire thousands of students around the world to follow her lead, by skipping school to speak up for the environment.

Speaking at a public event in London last week as Extinction Rebellion protests continued in the capital, Thunberg expressed support for a general strike for the climate. In the Guardian, Caroline Lucas – MP for Brighton Pavilion – wrote that Thunberg arrives in a country that “talks the talk on climate, but simply won’t walk the walk.” 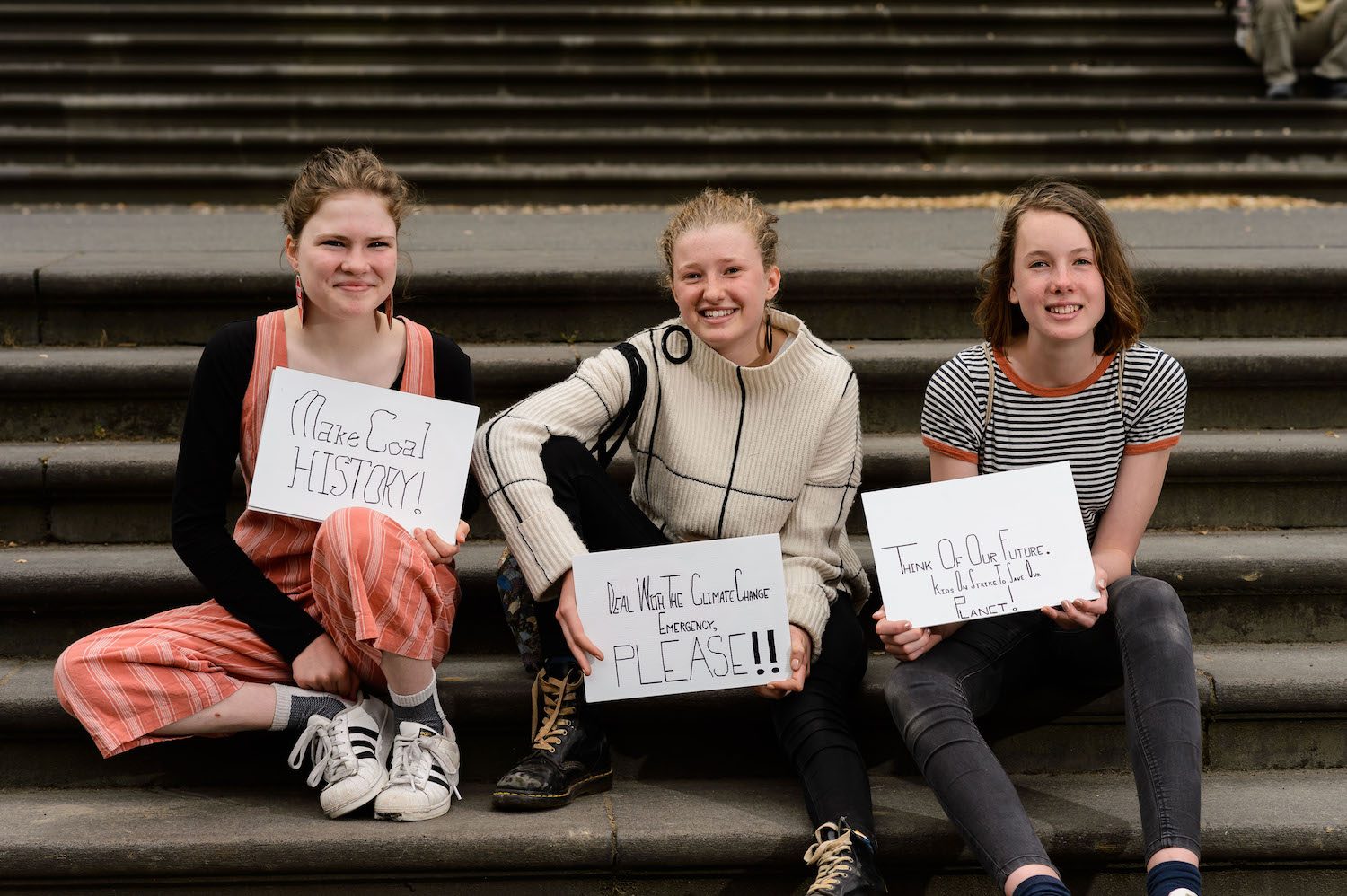 “Not only are the government cheerleaders for dirty fossil fuels like fracking, but they’ve cut support for renewables like wind and solar,” wrote Lucas. “When we look back at this moment in a generation’s time, the real criminals won’t be seen as those blockading bridges – it will be those who understood the science of climate change, yet consistently blocked action to prevent its worst effects.”

Despite government intransigence, she added, there are real grounds for hope. “We have the means to start to tackle this crisis – from renewable energy to clean and sustainable public transport. It is cheap and it is here; we just need the political will to scale it up and roll it out, the first steps towards utterly transforming the global economy. And we need to take every step together, in a new, genuinely inclusive politics.”

We have the means to start to tackle this crisis – from renewable energy to clean and sustainable public transport. We just need the political will to scale it up and roll it out

Lucas also noted hope in a generation of people who are demanding from leaders “not just what seems politically possible but what is scientifically necessary to prevent total climate breakdown”.

In Britain alone, some 15,000 students have skipped school on protests in recent months, attending climate protests in dozens of towns and cities, some in the face of threats of recriminations from schools. Organisers said more than 10,000 young people in at least 60 towns and cities – from the Scottish Highlands to Cornwall – joined the strike on 15 February alone. “I didn’t expect there to be so many people,” said Grace Burge-Thomas, an 18-year-old student from Clapham, who attended the rally in London. “I was really impressed. I thought ‘wow, this is beautiful.’”

Like many young protesters, Burge-Thomas was inspired by Thunberg. “I think she’s amazing,” she said. “It just goes to show that one person can make such a huge difference.”

Some politicians and headteachers disagree, saying that school strikes are not the answer. Theresa May’s office described them as a waste of lesson time, provoking a typically combative response from Thunberg on Twitter. “Political leaders have wasted 30 years of inaction,” she suggested. “And that is slightly worse.”

In March, more than a million young people took to the streets to demand that world leaders step up to the monumental challenge of climate change.

For Burge-Thomas, the strikes give her hope for the future. “It’s been so positive because it shows that so many people care,” she said. “People are waking up.”

In photos: school strikes around the world 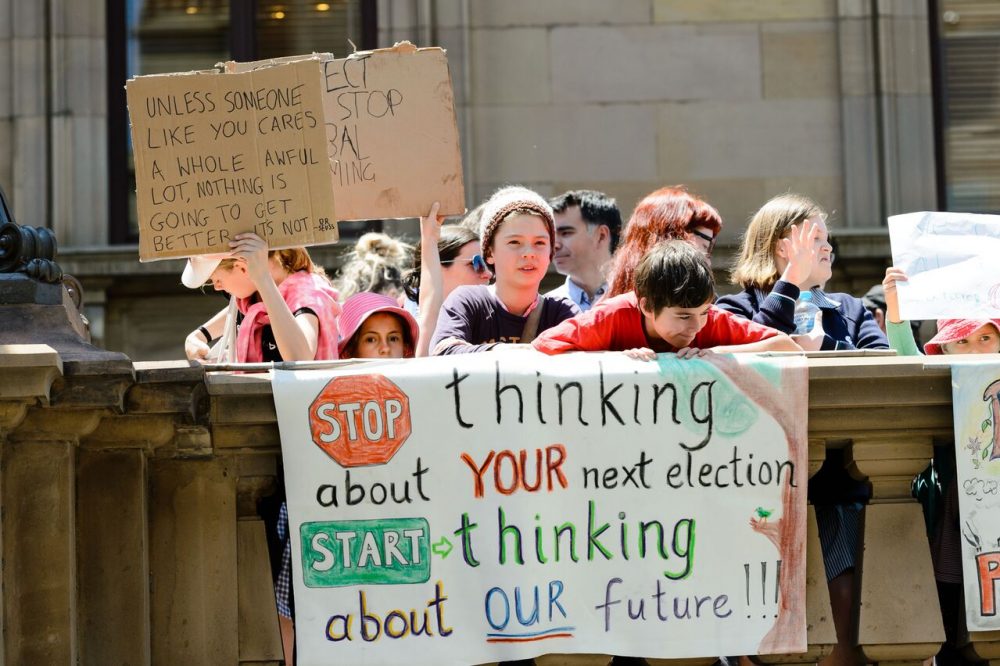 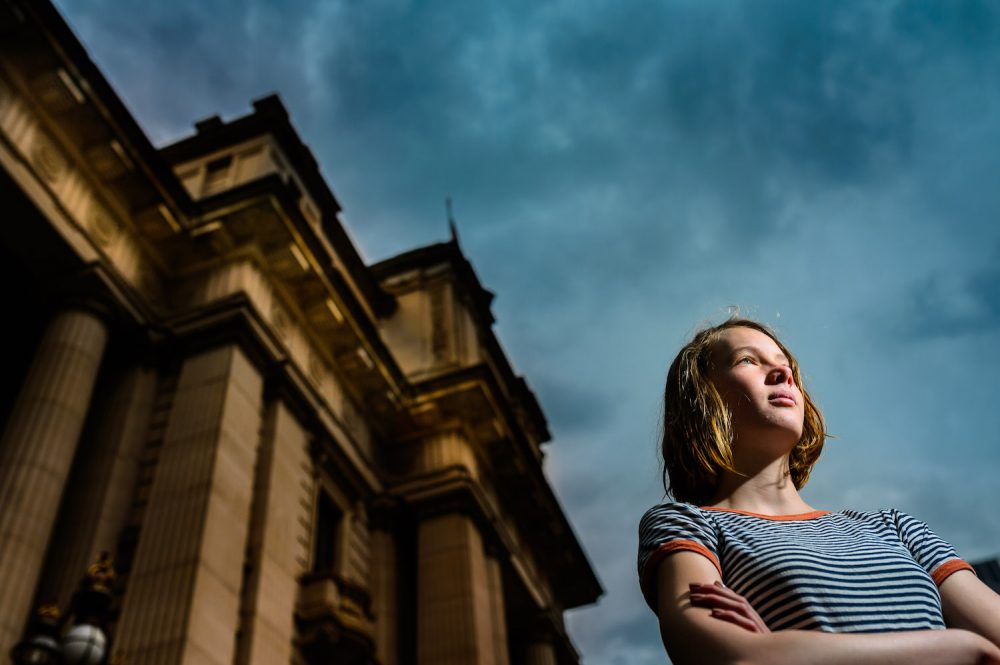 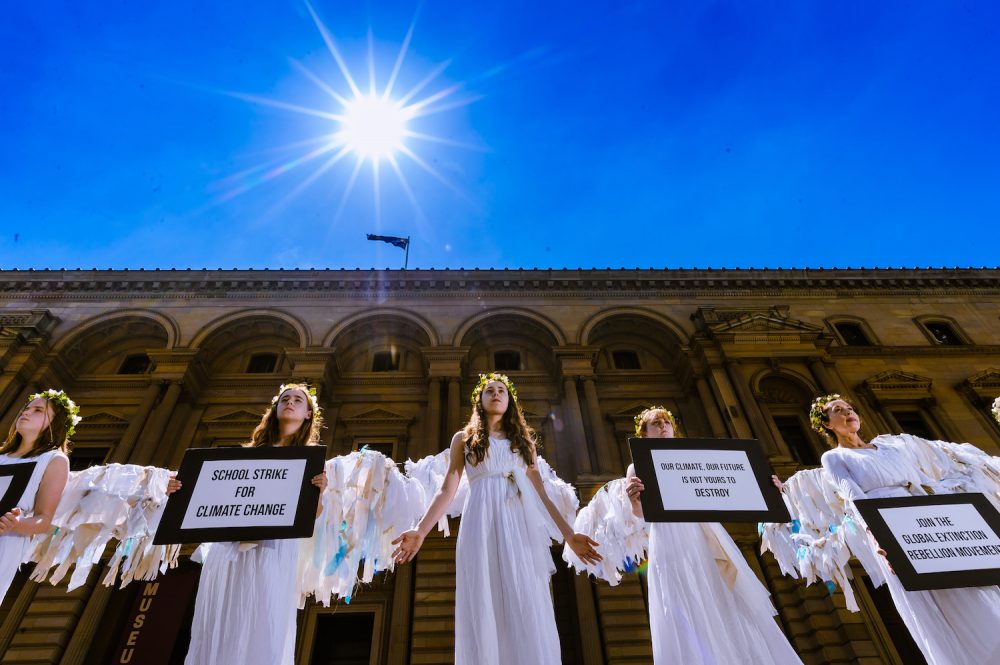 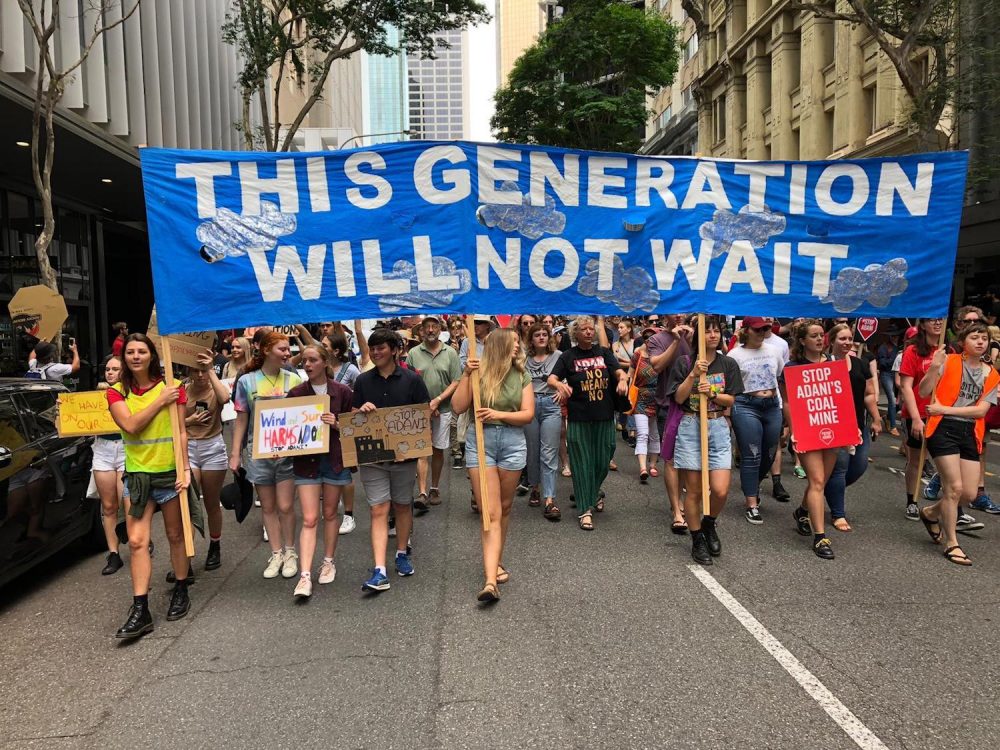 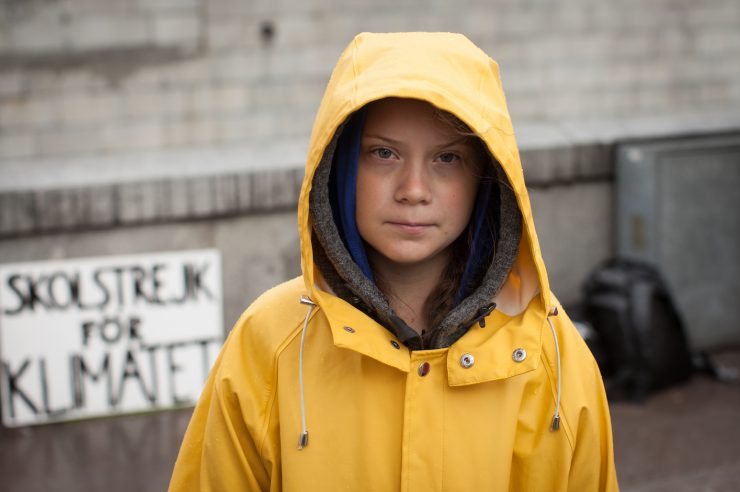 The 16-year-old climate hero: five inspiring quotes by Greta Thunberg The Swedish teenager who launched the school strike movement this week urged MEPs to ‘wake up and take action’. Here are five of her most in... Environment Society World Youth