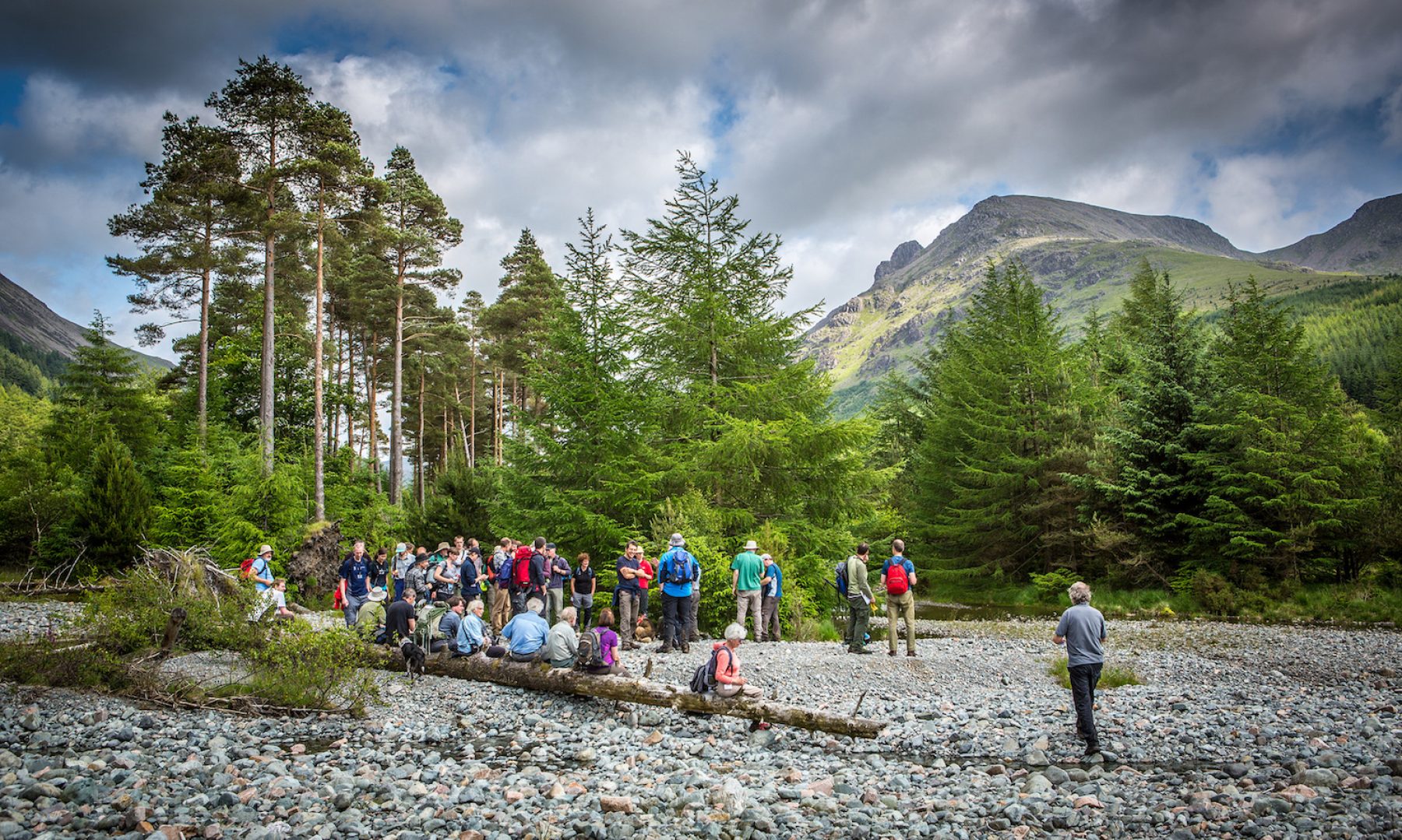 A south London chalk stream and a 10,000-acre Highlands estate are among the projects reviving Britain’s lost flora and fauna

A south London chalk stream and a 10,000-acre Highlands estate are among the projects reviving Britain’s lost flora and fauna The Scottish Highlands may appear to be pristine wilderness, but much of it is manmade moor. Trees have been stripped bare and kept at bay by centuries of over-stocking of animals, particularly deer, whose numbers have soared under the influence of sporting estates and in the absence of any natural predators.

Elsewhere, conifer monocrops dominate a landscape that was once a richly mixed upland forest of juniper, birch, aspen and native pine. Relics of that past emerge in the form of ancient stumps from eroded peat bogs.

Now it’s being restored thanks to the charity Trees for Life, which used funds raised by public appeals to buy the 10,000-acre Dundreggan estate in Glenmoriston in 2008. Its aim is to recreate the natural habitats of species such as capercaillie, wild boar and lynx. Since its foundation back in the 1980s, the charity’s volunteers have planted more than 1.5m native trees, and have helped to restore and regenerate forest fragments elsewhere, such as Glen Affric. In Ennerdale in the Lake District, the “dark funeral shroud” of Sitka spruce plantations, as bemoaned by celebrated local author Alfred Wainwright in 1965, is gradually being replaced by native broadleaves, the River Liza is being allowed to flow freely once more, and the beneficial grazing of Galloway cattle is replacing the lawnmower effect of sheep. The valley bottom has become wilder as a result. A group of Welsh enthusiasts are working to bring back some of the country’s wild woodlands – and the animals that once roamed them, such as pine marten, red squirrel, wild boar and beaver. They started with the restoration of 750 acres of degraded moor in the hills above the River Dyfi, between Machynlleth and Aberystwyth. Now they want to work with nearby landowners to bring around 10 times that into a wild haven open to all, with a particular focus on helping urban kids deprived of natural highs to discover nature. In south London, the River Wandle – which lends its name to Wandsworth, but which had become little more than an urban sewer – is slowly being revived and restored as a free-flowing chalkland stream. Dartmoor: the product of centuries of human intervention and over-grazing

There’s even talk of rewilding parts of Dartmoor, whose ‘wilderness’ is anything but; it’s the product of centuries of human intervention and over-grazing, which has seen its once-abundant native woodland reduced to tiny fragments.