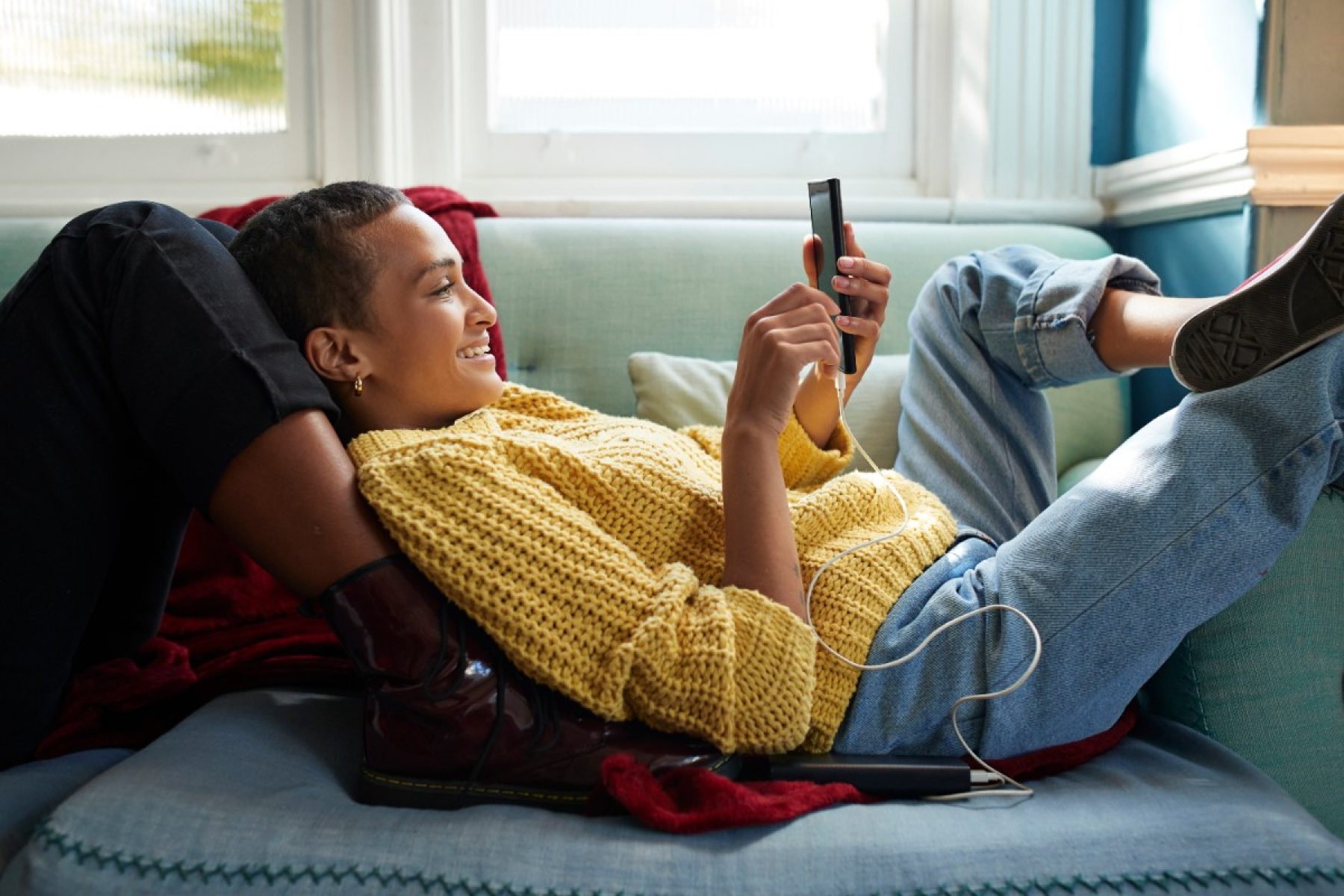 Powering up new possibilities for a low-carbon UK

Artificial intelligence, battery storage and new green energy projects are set to further unleash the power of renewables – and may even provide households with regular income

Words by
Gavin Haines May 21, 2020
Energy Environment Innovation Technology
Brands of inspiration
This article has been created by Positive News and supported by Good Energy

Artificial intelligence, battery storage and new green energy projects are set to further unleash the power of renewables – and may even provide households with regular income

Coronation Street might seem an unlikely entry point for a conversation about renewables, but changing viewing habits of the soap offer a clue as to how the UK could further unleash the power of wind and solar.

First, some context. Having once been pooh-poohed by critics, green energy is booming in the UK. “Two decades ago, nobody really took renewables seriously,” says Juliet Davenport, CEO of Good Energy, a green energy supplier that set out to change the narrative. “There was no vision that they could become a serious player in the UK.”

In just 20 years, however, renewables have become serious contenders with fossil fuels as the main sources of the country’s electricity. According to the World Economic Forum’s Energy Transition Index, the UK is the global leader in offshore wind, which will play an increasing role in bringing greenhouse gas emissions down to net-zero by 2050, as the UK has promised to do.

“We’ve got 5GW of offshore wind in planning in the UK,” says Davenport. “If there’s anything we could ask the government to do now it would be to start thinking about how much more offshore wind [capacity] we can put in this country.”

Adding more renewable capacity is just part of the story. The UK also needs to be smarter about how it uses energy if it’s to meet the 2050 target.

Which brings us to Corrie. After each episode, the National Grid experiences a power surge as viewers put the kettle on for a post-show cuppa. The phenomenon, known as “TV pickup”, also happens after football matches. Such spikes offer a glimpse into the national psyche, but also highlight the difficulties of balancing the grid, which experts say is critical if we are to meet our energy needs through renewables.

Our changing viewing habits, she adds, show technology’s potential for altering consumer behaviour and therefore providing more grid consistency. And that’s where the Internet of Things (“smart” appliances that talk to each other and the grid) comes in.

“If you can have a greater deployment of smart washing machines and other things that take energy from the network, then the algorithms will help them decide when it’s best to switch on,” says Sykes. “Programming them to come on outside the traditional peak will help balance the network.”

Battery storage, which is both falling in cost and shrinking in size, adds further potential to this scenario. “You can use optimisation algorithms to charge batteries when demand is low and take energy from those stores when it is high,” adds Sykes.

Twenty years ago, there was no vision that renewables could become a serious player in the UK

Community energy groups, which use the power of the collective to invest in local renewable projects, could also benefit from advances in battery technology, says Davenport.

She sees a day when households and communities with batteries – for example, in electric vehicles – can rent out storage space to the grid. Good Energy’s research suggests that households could save up to £300 a year this way.

“I think that’s where we’re going to see some exciting changes,” she says. “Vehicle-to-grid is where solar power was 10 years ago – the technology exists but it requires innovation, investment and joined-up thinking.”

Decarbonising the gas network is less simple and the government doesn’t appear to have a clear path to achieving this. A switch to electric boilers is inevitable – but costly and, along with electric cars, likely to put more pressure on the grid.

During the transition, more homes could be heated by biogas, says Davenport. “Agricultural residue and food waste generate methane; using that as gas does not contribute to climate change like fossil fuels do,” she says.

Nuclear currently supplies around a fifth of the UK’s energy. While some claim it will be key to achieving net zero, Good Energy is proving that it’s possible to provide carbon-neutral electricty without relying on nuclear power.

Not all solutions have to be high-tech, though. “I think there’s still space for us to use less energy,” says Davenport. And that’s something we can all play a role in.