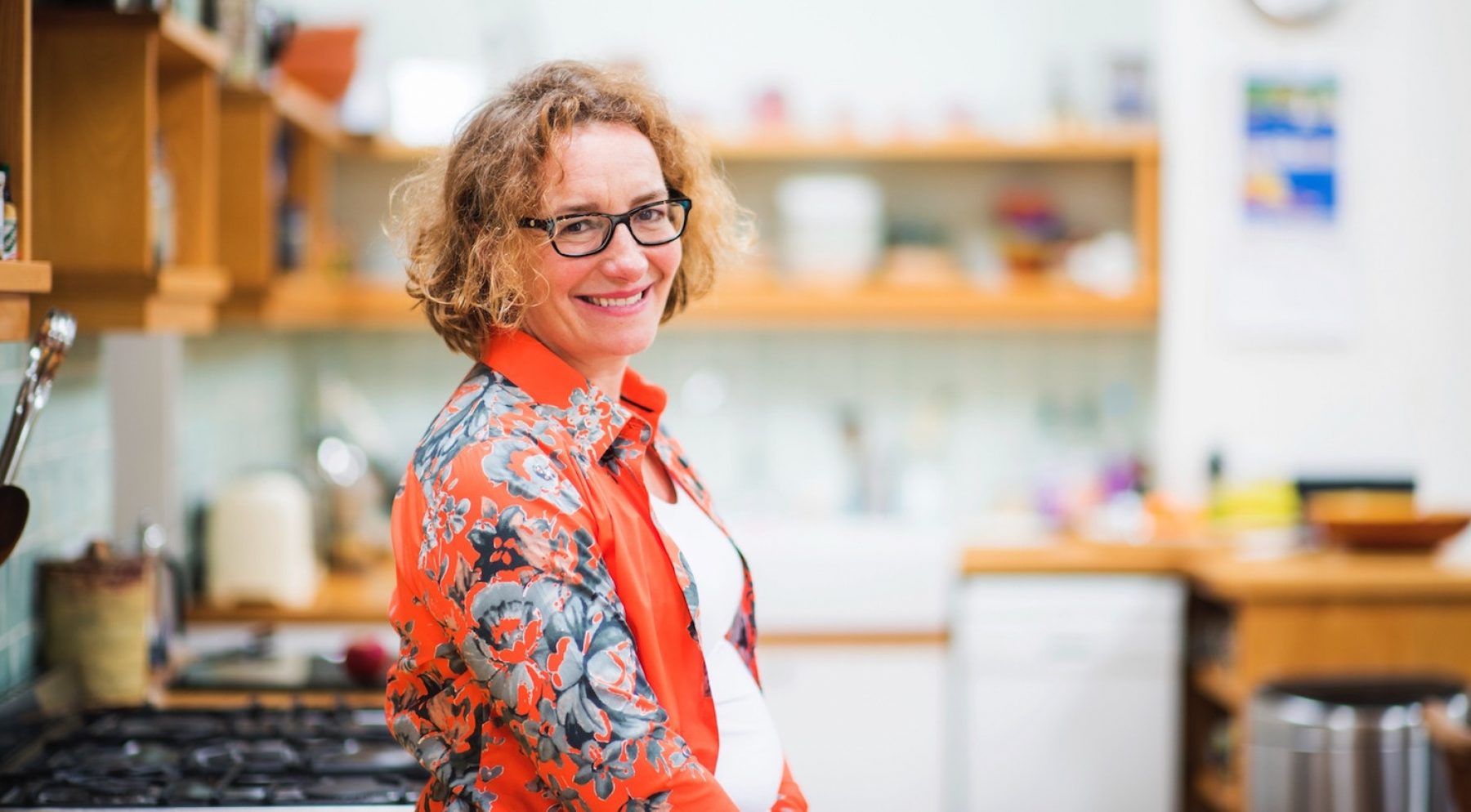 Juliet Davenport pioneered a new way of powering homes when she founded Good Energy 20 years ago. Now, she’s at the forefront of business leaders proving that companies can do right by the planet as well as their shareholders

Words by
Anna Turns October 10, 2019
Energy Environment
Positive News partners
This article has been created by Positive News and supported by Good Energy

Juliet Davenport pioneered a new way of powering homes when she founded Good Energy 20 years ago. Now, she’s at the forefront of business leaders proving that companies can do right by the planet as well as their shareholders

Climate change rarely made headlines in the 1990s. Although the science was there, many people hadn’t heard it. Juliet Davenport felt there was a need for someone to take responsibility, but the lack of widespread knowledge made her self-appointed task of setting up a renewable energy company all the more challenging.

Good Energy, which she founded (and still runs) to offer consumers “an option to become part of the solution”, celebrates its 20th anniversary in November. But in those early days, persuading people to power their homes from a network of independent renewable energy generators was quite radical. “When we started, no one would fund us and government didn’t really understand what we were doing; the legislation has been slightly against renewables,” she tells Positive News.

Davenport’s introduction to cleaner, greener energy began almost 30 years ago as an Oxford physics undergraduate. “You can’t study atmospheric physics without covering climate change and that was my early awakening,” she explains. “I researched green energy sources and looked at what the opportunities were; my instinct was to go direct to consumers rather than lobbying government.”

Today, it’s a different story: the company buys power from 1,500 independently owned generators, on top of the two wind and six solar farms it owns. It also has one of the UK’s largest feed-in tariff customer bases, with more than 160,000 homes that receive a financial incentive for the renewable electricity they generate, often via solar panels on their roofs. What’s more, the climate crisis is a now a concern for the majority of the population – “a significant shift in awareness” since 1999.

And alongside growing Good Energy – and lobbying government and industry on behalf of clean energy for consumers – Davenport has a new mission: persuading more businesses to become “regenerative by design”.

If an overarching piece of regulation set out that businesses must protect the planet, that would change the way business operates

“If we continue just to look for short-term shareholder return, we won’t survive as a society. We live on a planet that is finite and that incentivises extraction not regeneration, so how corporations behave is fundamental,” she says.

The premise is rooted in Kate Raworth’s theory of ‘doughnut economics’ – a model for the 21st century that aims to balance society’s needs like food, safety, healthcare and a political voice within the limits of the planet.

A regenerative business considers all its stakeholders: employees and customers as well as shareholders. “We also think of ‘future holders’, which leads us to consider whether a business strategy is sustainable for future generations of consumers in years to come,” Davenport explains.

In Good Energy’s case regenerative business practices range from a commitment to paying a living wage to using its extensive expertise on renewable energy to improve awareness, support new generators, influence government and work with the regulator to help protect green consumers. “We also focus on research and development of future renewable technologies,” she adds. “We invest in the future and create a place where renewables can thrive.”

For some businesses, the idea that shareholder return isn’t the single priority can be a culture shock, points out Davenport. It’s a tricky balance, although there are often times when doing what’s best for customers, staff or the planet is ultimately in the best interests of shareholders, too. Good Energy’s first investors were customers who believed in its mission, and it maintains a strong crossover between customers and shareholders. Even fossil fuel companies are now attracting activist investors, who challenge them to take urgent action on climate.

Davenport is also part of the British Academy’s Future of the Corporation, a three-year research programme defining a new framework for business. “We’re considering the future role of business in our society, asking whether businesses have an obligation beyond their shareholders, and ultimately thinking about how we’ll need to change legislation,” she explains. “If an overarching piece of regulation set out that businesses must protect the planet, that would change the way business operates – it would make a huge difference.”

The good news is, according to Davenport, there’s appetite among a growing number of businesses to run in this more responsible way. Alongside Raworth, she has run a workshop on the benefits of regenerative models for forward-thinking companies like Lush and Triodos Bank.

As with any major change, it’s taken the enthusiasm of a few bold leaders to demonstrate what an alternative might look like. “Huge companies like Unilever are adapting, and others like [clothing company] Rapanui are front leaders. Our job now is to prove that this model works,” she explains.

“We’re starting to see change in the UK. Once we have a certain number of secondary adopters, more companies will follow and then there’s space for legislation – because that’s what we need to get everybody over the line.”