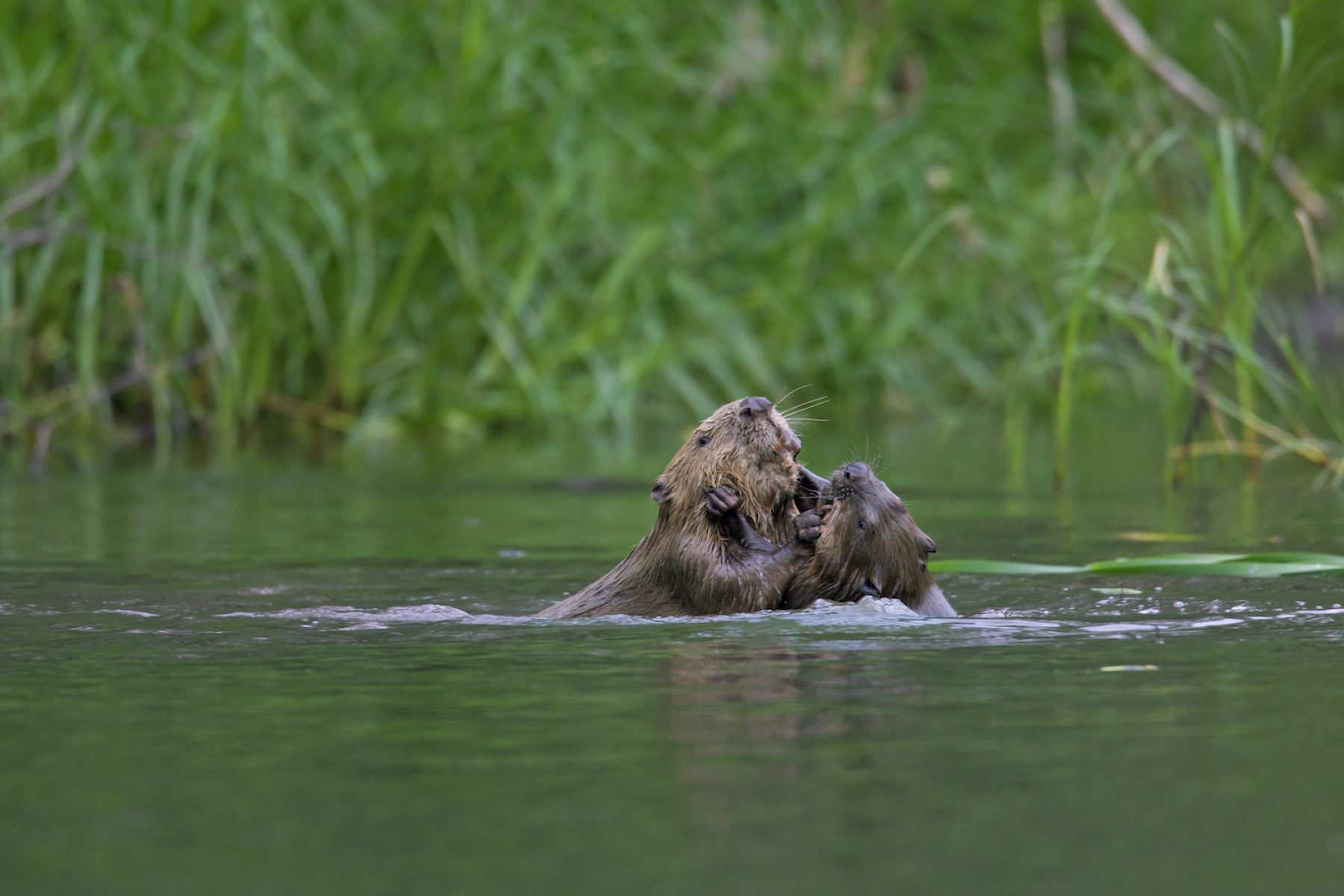 Dam it! Furry engineers stage a comeback in the Wye Valley

Eurasian beavers have returned to the Forest of Dean in Gloucestershire for the first time in 400 years. Two of the semiaquatic rodents were released on government land in July as part of a three-year trial to see if they can help ease flooding in the area.

Nicknamed ‘nature’s engineers’, beavers are known for felling trees and using the wood to dam rivers. Doing so creates ponds, which the animals use as food stores in winter. It is hoped the rodents’ industrious behaviour will help slow the flow of Greathough Brook, which feeds into the River Wye, at times of torrential rainfall.

“We now have a unique opportunity to study the impacts of beaver dams on the flood flows from this flood-prone landscape,” said Professor Richard Brazier, a hydrologist at the University of Exeter.

Environment secretary Michael Gove, who watched the beavers being released into their 6.5-hectare enclosure, added: “This is a fantastic opportunity to develop our understanding of the potential impacts of reintroductions and help this iconic species, 400 years after it was driven to extinction.”

Beavers’ dams are permeable, allowing water to be gradually released downstream and its flow slowed. The reintroduction could also boost biodiversity in the brook, where populations of water vole, glow-worms and butterflies have declined due to the forest canopy blocking out light. By felling some of the trees, the beavers could help restore balance.

This is a fantastic opportunity to help this iconic species, 400 years after it was driven to extinction

Prized for their meat, pelts and scent glands, beavers were hunted to extinction in Britain in the 16th century – but are slowly making a comeback. There is a small population on the River Otter in east Devon, though the group’s origin remains a mystery.

Beavers have also been reintroduced to Knapdale Forest in Argyll, Scotland, after a successful trial there. The River Tay in east Scotland, meanwhile, is home to up to 300 animals, which are believed to have escaped from private collections or been released illegally.

Not everyone is happy about their return. Some farmers and landowners fear the rodents could flood their land, while anglers worry they will block fish.