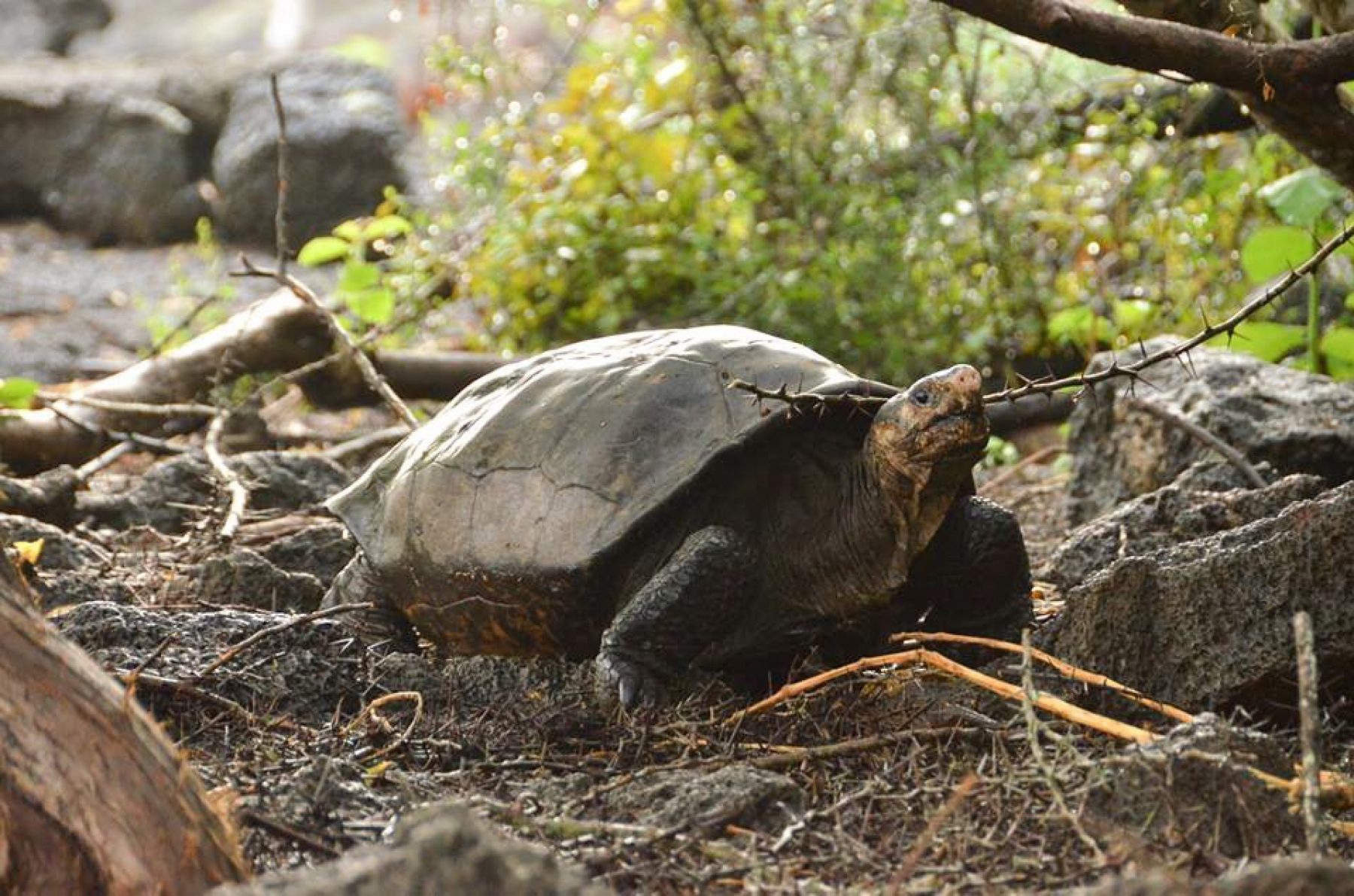 A living member of a species of tortoise not seen since 1906 – and feared extinct – has been discovered in a remote part of the Galápagos island of Fernandina.

An adult female Chelonoidis phantasticus, also described as the Fernandina giant tortoise, was found on Sunday (17 February) in a patch of vegetation in the lower area of the island by a joint expedition of the Galápagos National Park and the US-based Galapagos Conservancy. Ecuador’s environment ministry announced the news in a statement.

The International Union for Conservation of Nature has the Fernandina giant tortoise listed as critically endangered and possibly extinct.

The female tortoise is thought to be at least 100 years old. Investigators think there may be more members of the species on the island because of tracks and faeces they found. The team took the tortoise to the Giant Turtle Breeding Center on Santa Cruz island, where it will stay in a specially designed pen.

Genetic studies will be carried out to confirm that the individual found is of the Fernandina Island species.

“This encourages us to strengthen our search plans to find other turtles, which will allow us to start a breeding programme in captivity to recover this species,” said Danny Rueda, director of the Galapagos National Park.

This encourages us to strengthen our search plans to find other turtles, which will allow us to start a breeding programme in captivity to recover this species

“They will need more than one, but females may store sperm for a long time,” Stuart Pimm, a professor of conservation ecology at Duke University told the Guardian. “There may be hope.”

Fernandina is the third largest island in the Galapagos archipelago.