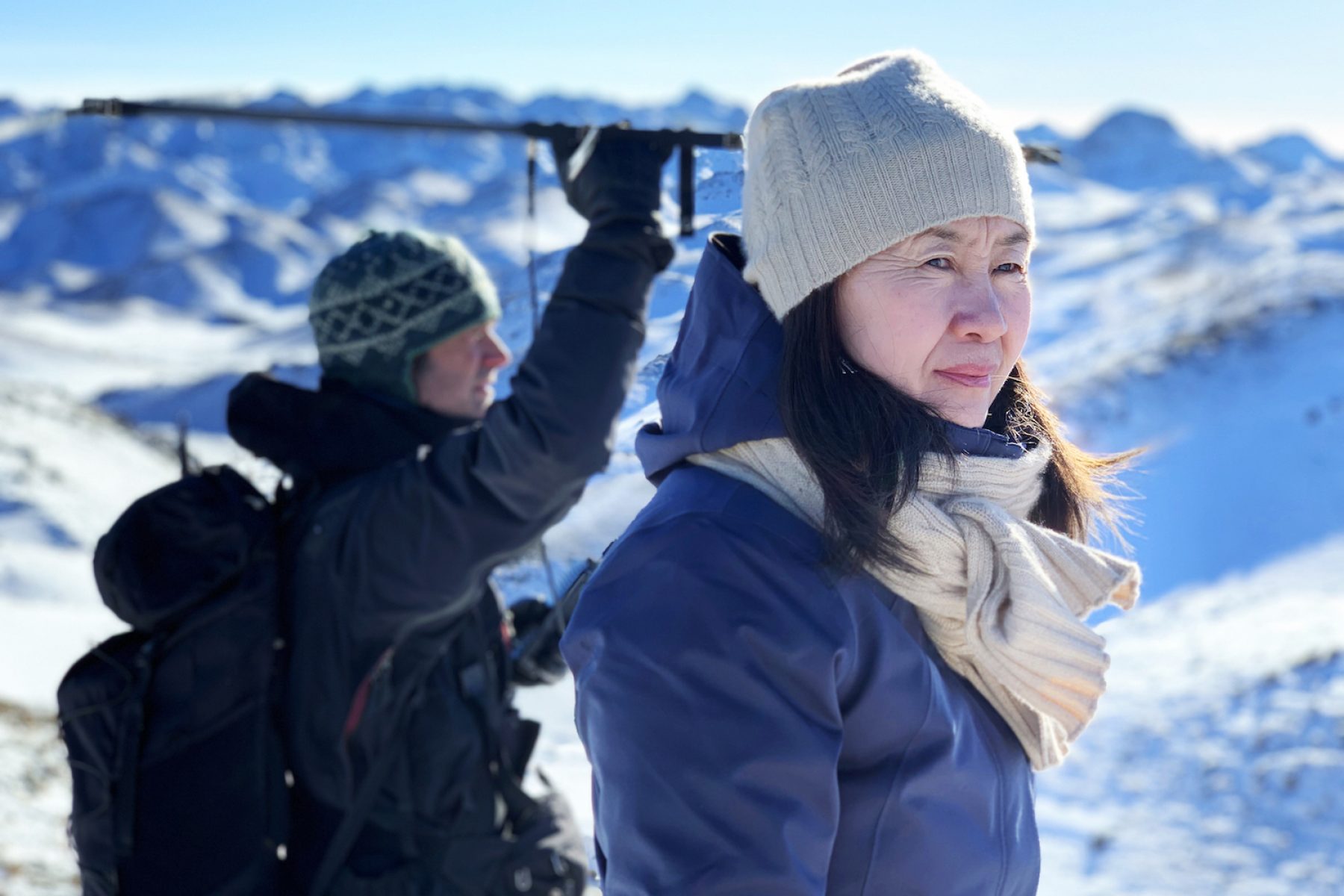 In this remote, unforgiving corner of the world, herders call them “mountain ghosts”. Snow leopards, which roam the steep mountains and narrow ravines of Mongolia, are so elusive that even Bayarjargal Agvaantseren, who has dedicated her life to researching and protecting them, has yet to see one. “These cats are so mysterious. They have a remarkable ability to camouflage themselves,” she says.

The teacher-turned-conservationist helped to create the Tost Tosonbumba nature reserve in the South Gobi desert, the world’s first officially protected area specifically dedicated to snow leopards. It is also a model for a reserve that is co-managed by local people, conservationists and the government.

Listed as vulnerable on the IUCN Red List of Threatened Species, these rare cats are victims of poaching for pelts, retribution killing for livestock depredation and habitat loss – and their number has declined drastically over the past 15 years. Today, only 4,000 to 7,000 snow leopards remain in the wild, with nearly 1,000 of those living in Mongolia.

Agvaantseren grew up in a family of teachers in a small northern Mongolian village, but used to spend time in the desert, helping her grandmother tend to her horses, goats and sheep. In the 1980s, while working as a language teacher, she spent time translating for a biologist who was studying snow leopards.

“As part of his study, we interviewed local herders, who told us how snow leopards killing their animals was affecting their livelihood,” she explains.

“They are so isolated, their lives depend on selling their livestock, so we discussed how to protect both snow leopards and the herders’ way of life. For me, that was the starting point to engage in conservation.”

Agvaantseren worked for many years on education and conservation projects with herder communities, before creating the Snow Leopard Conservation Foundation in 2007. The foundation runs research projects and has developed a programme in which local women sell wool handicrafts to provide them with a steady income, as well as a community-driven livestock insurance programme – an innovative way to mitigate animal killing by snow leopards. “The communities manage these programmes themselves, so they can be sustainable,” says Agvaantseren. “Once communities understood better about snow leopards, they stopped seeing them as the enemy, but instead as an integral part of their identity.”

Communities stopped seeing snow leopards as the enemy, but instead as an integral part of their identity

But retaliatory killings were not the only threat to the species. Mongolia’s mining industry is booming: minerals make up more than 80 per cent of the country’s exports and the South Gobi desert – the heart of snow leopard territory – has attracted Russian, Mongolian and Chinese companies mining for coal, uranium, copper, gold, oil and gas.

In 2009, researchers from the foundation discovered that the entire Tost mountain range had been given away to mining. “The Tost community understood how mining was not just threatening the snow leopard, but their entire way of life,” Agvaantseren says.

Representing the community, she met with government officials to advocate that Tost become a federally protected area. She also collaborated with environmental journalists on a mass public outreach drive.

In April 2016, the campaign resulted in the formal designation of the 1.8 million-acre Tost Tosonbumba nature reserve. The reserve now protects a core breeding population of snow leopards and, by connecting two national parks, brings the total snow leopard safe habitat to 20 million acres in the South Gobi desert. 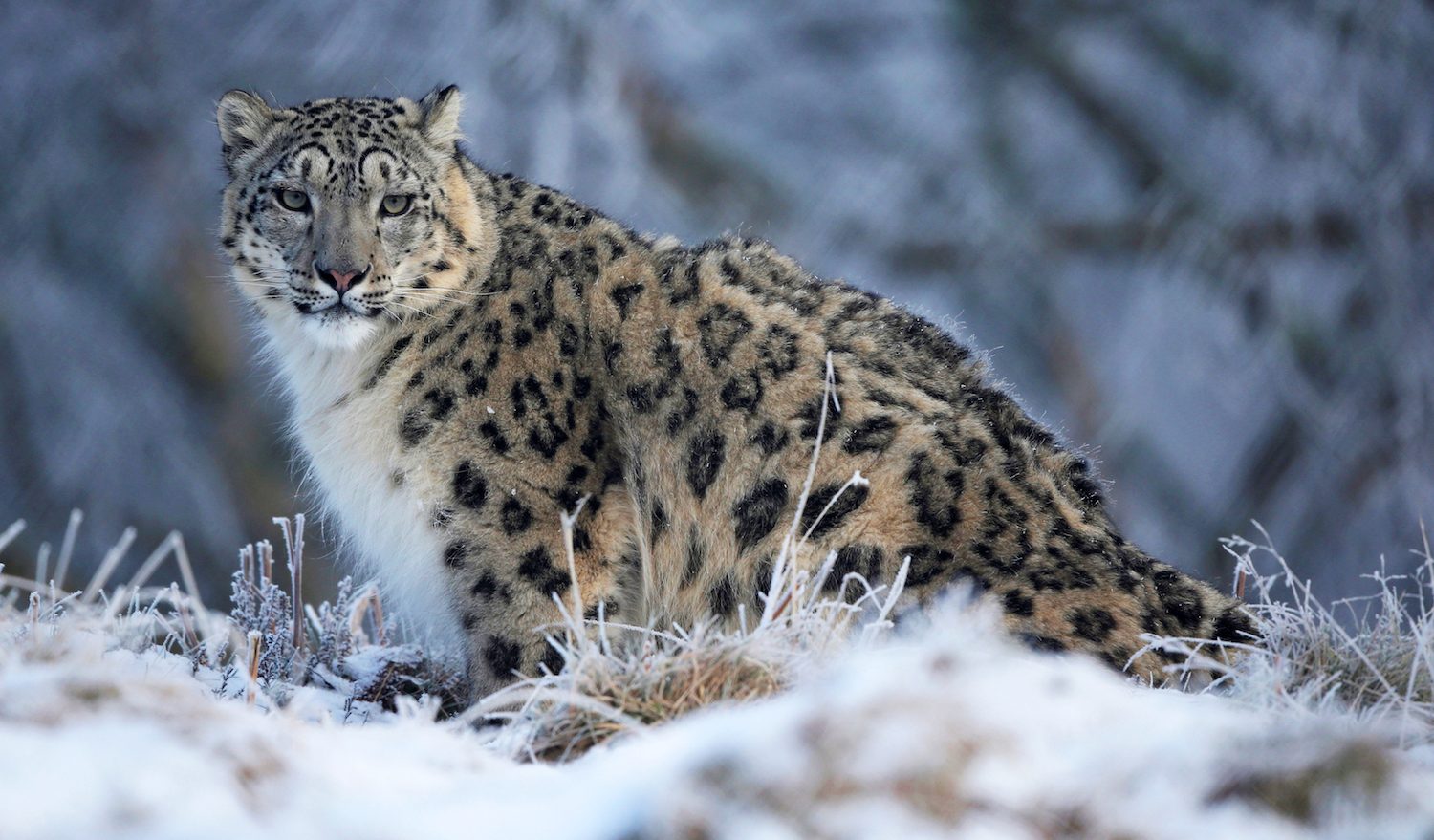 Thousands of snow leopards once roamed the soaring peaks of Asia

The designation was a major victory, but while monitoring the mining licences’ expiry dates, Agvaantseren’s team realised that new licences seemed to be popping up. “The companies were illegally selling their expiring licences to each other, which automatically extended their validity. This showed us that the nature reserve status was not enough to save Tost.”

Undaunted, they broadened their collaboration with conservation specialists, government officials and lawyers, and, in 2018, secured the government’s unprecedented cancellation of 37 existing mining licences. There are now no active mines within the reserve.

Today, Agvaantseren works with local people and local government authorities to set up the nature reserve as a model protected area for snow leopards, and to make it sustainable, as there is no government funding to maintain the reserve. It is co-managed by local people, conservationists and the government. Agvaantseren was awarded the 2019 Goldman Environmental Prize for Asia in recognition of her success.

It amounts to an extraordinary victory for snow leopards, but also “an example of what local communities can achieve if given the tools,” she says. “Their voices can be heard.”

Featured image: Agvaantseren has worked for years with far-flung herder communities, photographed by Will Parrinello