Algae – the future of construction?

French architects have designed a tower block that uses algae to absorb CO2. Proposed for the Chinese city of Hangzhou, the French Dream Towers (pictured above) are set to feature a ‘bioactive’ building facade and have been dreamt up by Paris-based XTU architects.

The ‘biofacade’ acts a bit like double glazing, but instead of air being present between the two panes, there is water and algae. As well as helping to offset the building’s environmental impact by absorbing carbon dioxide, the algae helps insulate the structure, say designers. The towers have yet to be approved for construction, but a project using similar technology – Algo House in Paris, another XTU design (pictured below) – has the go-ahead. 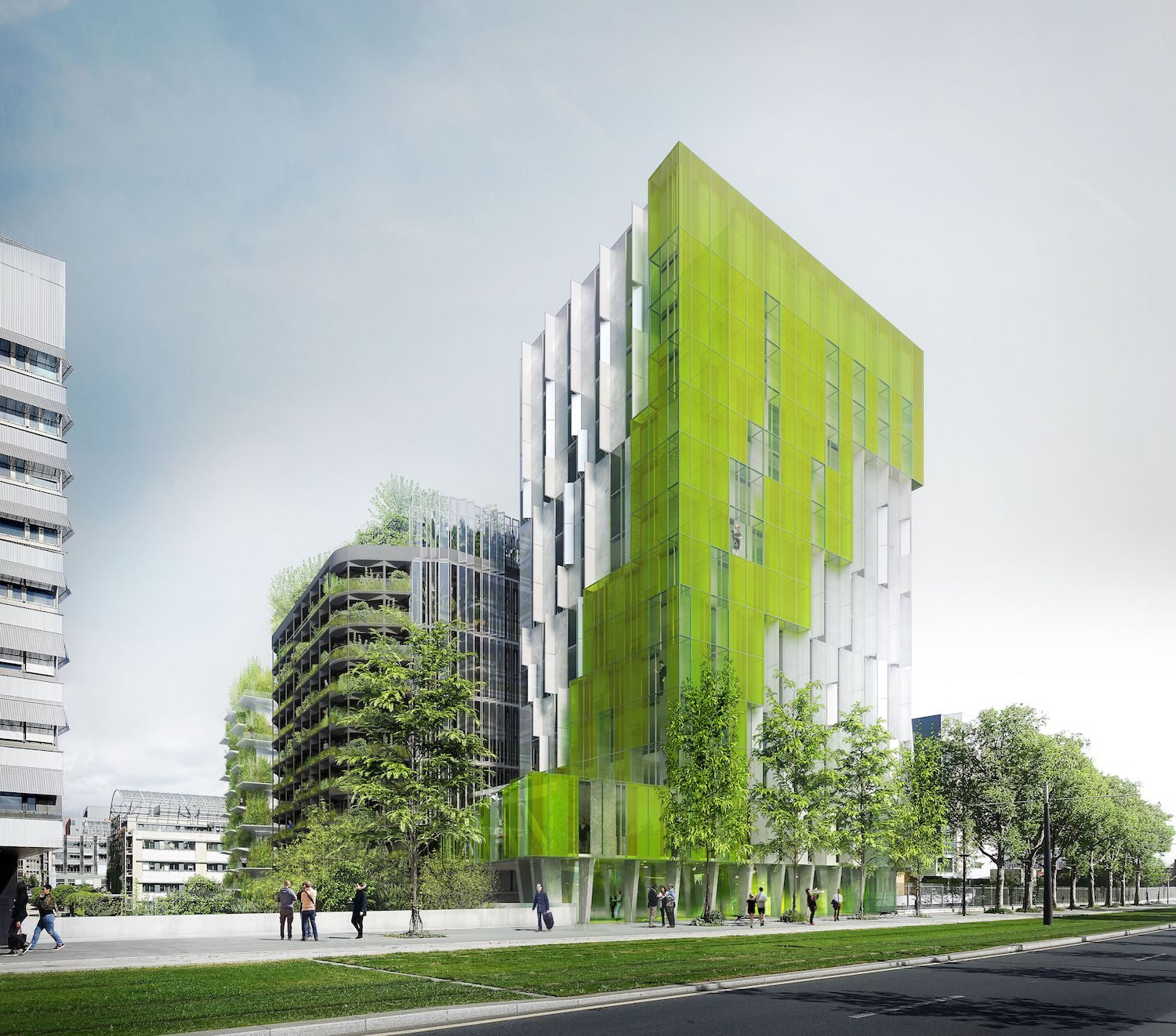 Algo House in Paris has been given the go-ahead

Interest in bioactive facades has grown since an algae-powered building was unveiled at the 2013 International Building Exhibition in Hamburg. That project, BIQ House, turns algae harvested from the facade into biogas, which is used to power the property.