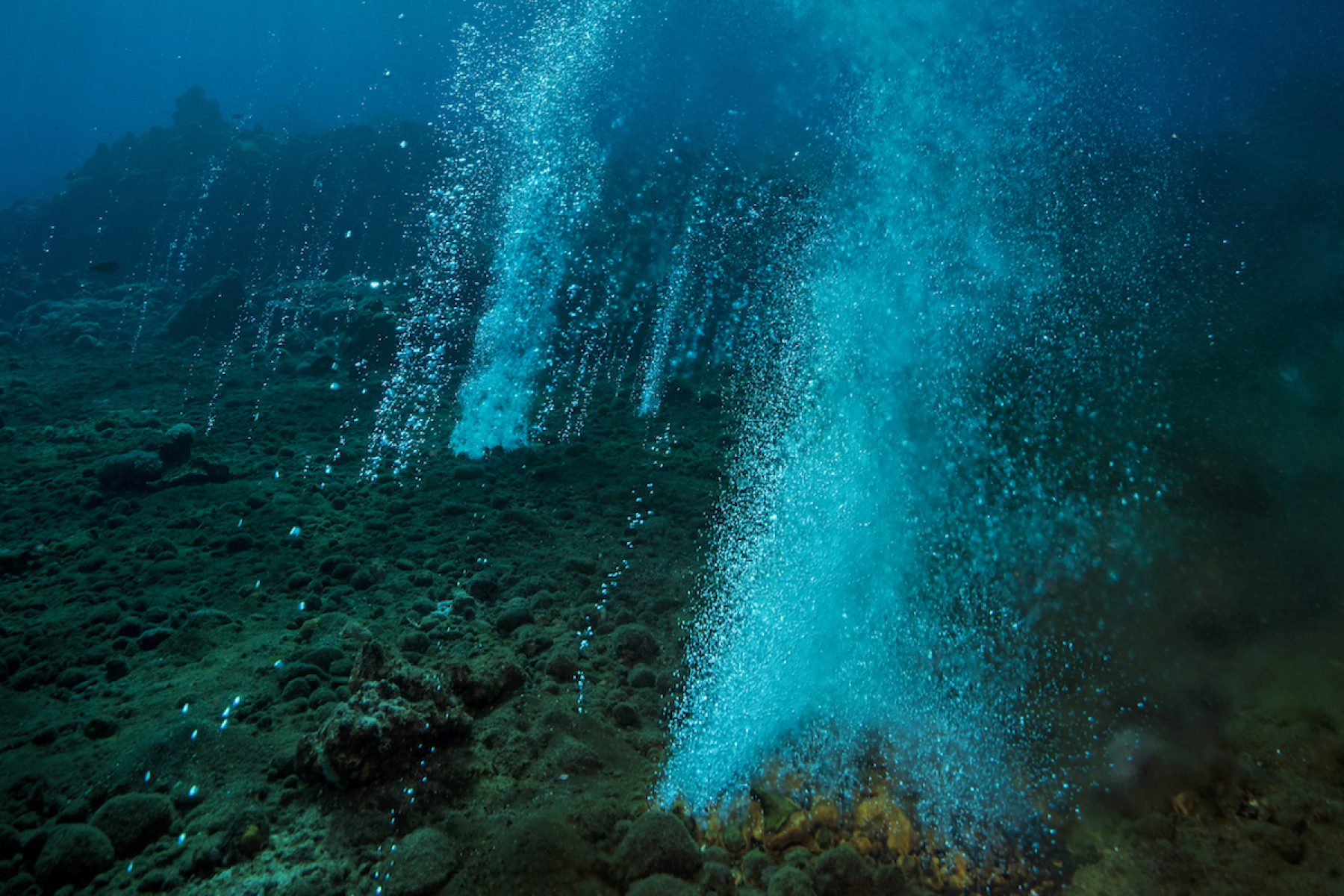 The waters around the volcanic Ambitle Island in Papua New Guinea have become a natural laboratory for scientists to study the impact of climate change on coral reefs.

Pictured above, bubbling streams of volcanic carbon dioxide billow up from the seabed through shallow waters where the geology creates high temperatures and levels of acidity. These naturally occurring conditions are similar to those that scientists expect to be more commonplace at the end of this century as a result of the climate crisis. While the extreme conditions here are typically considered too acidic for coral to grow, the reef appears to be healthy. This makes the spot ideal for researchers to increase their understanding of how ocean acidification caused by climate change effects coral reefs.

As well as providing diverse ecosystems for marine life, coral reefs help to protect coastal communities by reducing the power of waves. It is estimated that some 500 million people worldwide depend on reefs for coastal defence, as well as food and jobs. However, the ocean acidification and rising sea temperatures caused by carbon emissions, along with local factors such as over-fishing and pollution, are threatening the survival of coral.

The image below, by coral researcher and photographer Tom Shlesinger, was taken while on an expedition as part of the Coral Reef Acclimatisation to Ocean Acidification project. It aims to better understand whether and how coral can adapt to survive in warmer and more acidic conditions. 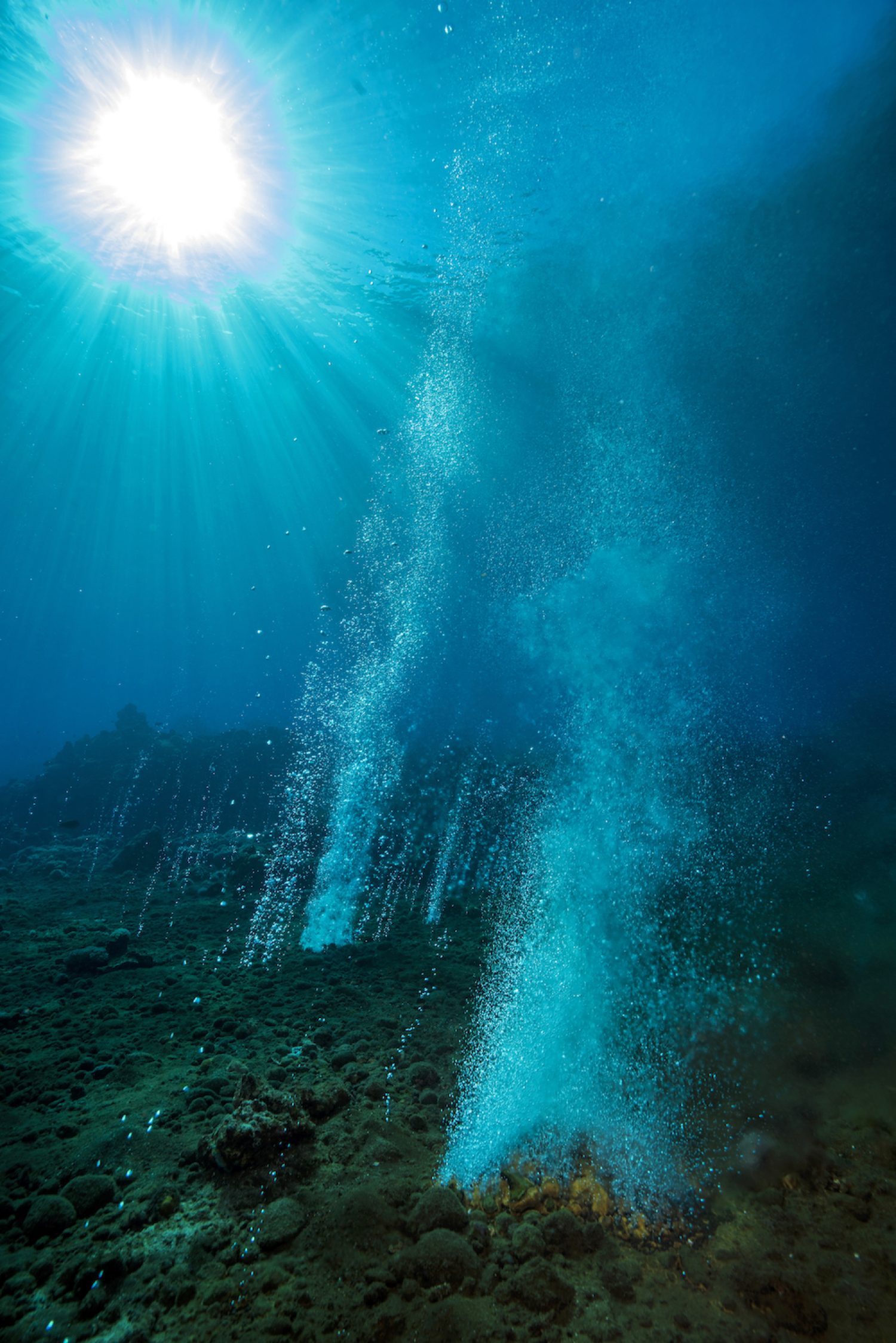 Research published by The Royal Society found that some types of coral could build up a tolerance to increased temperatures, offering “a glimmer of hope that at least some coral species can acclimatise fast enough to keep pace with global warming”, wrote the authors.

Shlesinger was a finalist in the Earth Science and Climatology category of the Royal Society Publishing Photography Competition 2019.