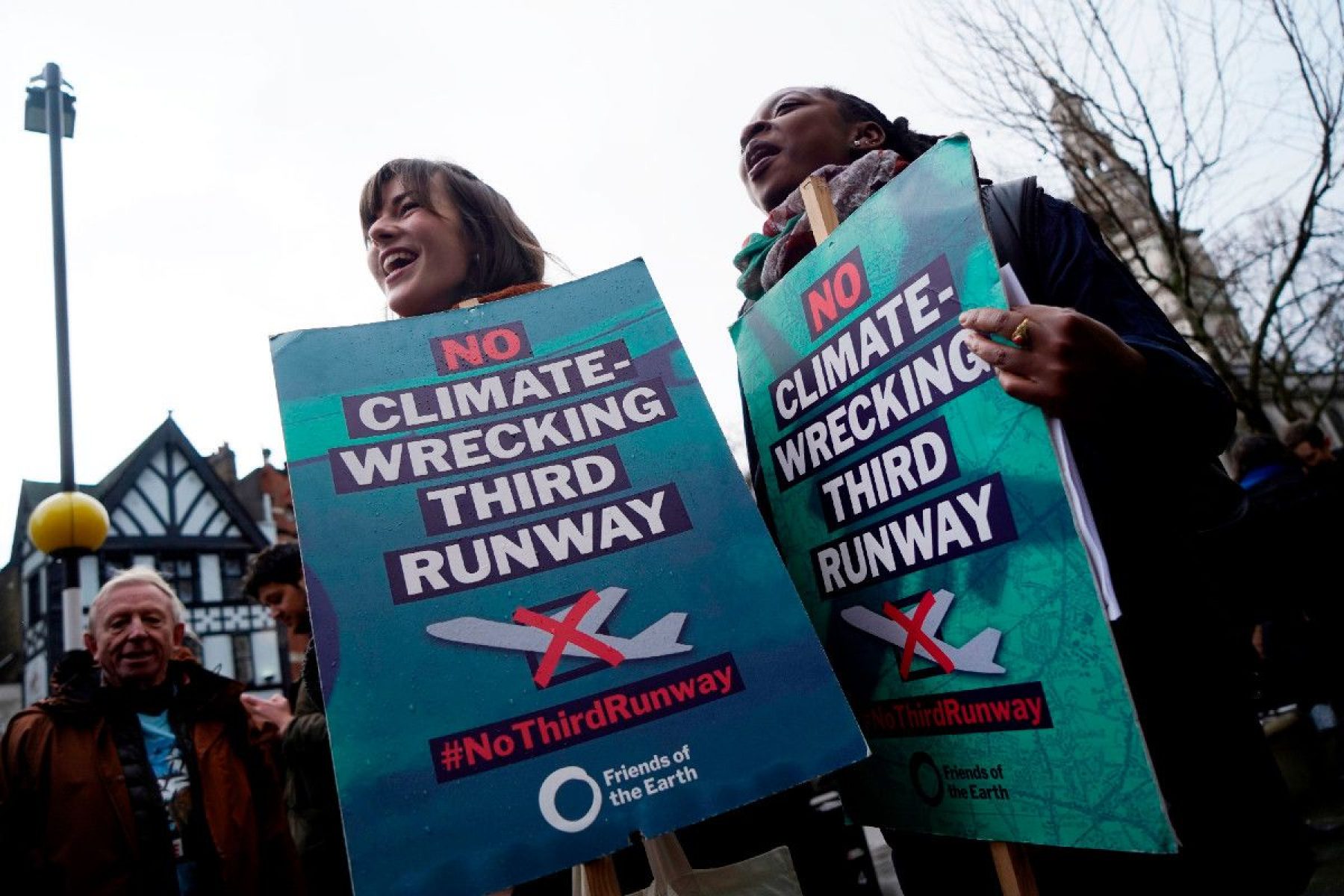 ‘A vital precedent’: what the Heathrow ruling means for climate justice

In a landmark verdict, the UK’s Court of Appeal ruled in February against government-approved plans for a third runway at Heathrow airport.

Legal action had been brought by a group of councils in west London, the city’s mayor Sadiq Khan, and charities including Plan B, Greenpeace and Friends of the Earth.

The judgment ruled that the government had failed to take account of its commitment to the Paris Agreement on climate change when it had given its approval for the third runway in its national policy statement.

The UN’s Paris Agreement, which came into force in November 2016, commits the 195 countries that signed it to taking steps to limit global warming to below 2°C.

The Court of Appeal verdict was the first time the Paris Agreement has formed the basis of a major court ruling.

Jonathan Church, a climate lawyer with ClientEarth, hailed the verdict as “a remarkable result”. “It sets a precedent for major projects in the UK to consider the Paris Agreement,” he told Positive News.

“It would have been hard to imagine this outcome even a couple of years ago. Some sanity is finally prevailing.

It’s now clear that our government can’t keep claiming commitment to the Paris Agreement, while taking actions that blatantly contradict it.

The message is finally getting through. The bell is tolling on the carbon economy loud and clear.”

Melanie Strickland, campaigner and one of the Heathrow 13 protestors

“Court rulings affect investment decisions; this will signal to large companies that climate change cannot be ignored. Other airports looking at expansion will face mounting pressure.

Despite the win, the challenges ahead remain huge. The UK government is in favour of many fossil fuel projects and it’s business as usual for ‘UK plc’.”

“It’s a potentially massive decision. As we move towards net zero, the destination isn’t up for debate; the challenge is how fast we get there.

This ruling implies we must move away from a ‘wait and see’ approach and into more rigorous interrogation of real quantified impacts and risks.

The combination of political pressure and legal precedent must be maintained.”

Rob Hopkins, author of From What Is to What If

“When I heard the news, I danced around my kitchen. It’s a vital precedent and for me it’s the tipping point we’ve been waiting for.

The social consent for fossil fuels is being withdrawn and the Heathrow ruling opens up the possibility we might actually achieve a low-carbon world.

The challenge now is to bring to life, for everyone, how amazing a low-carbon future could be.”