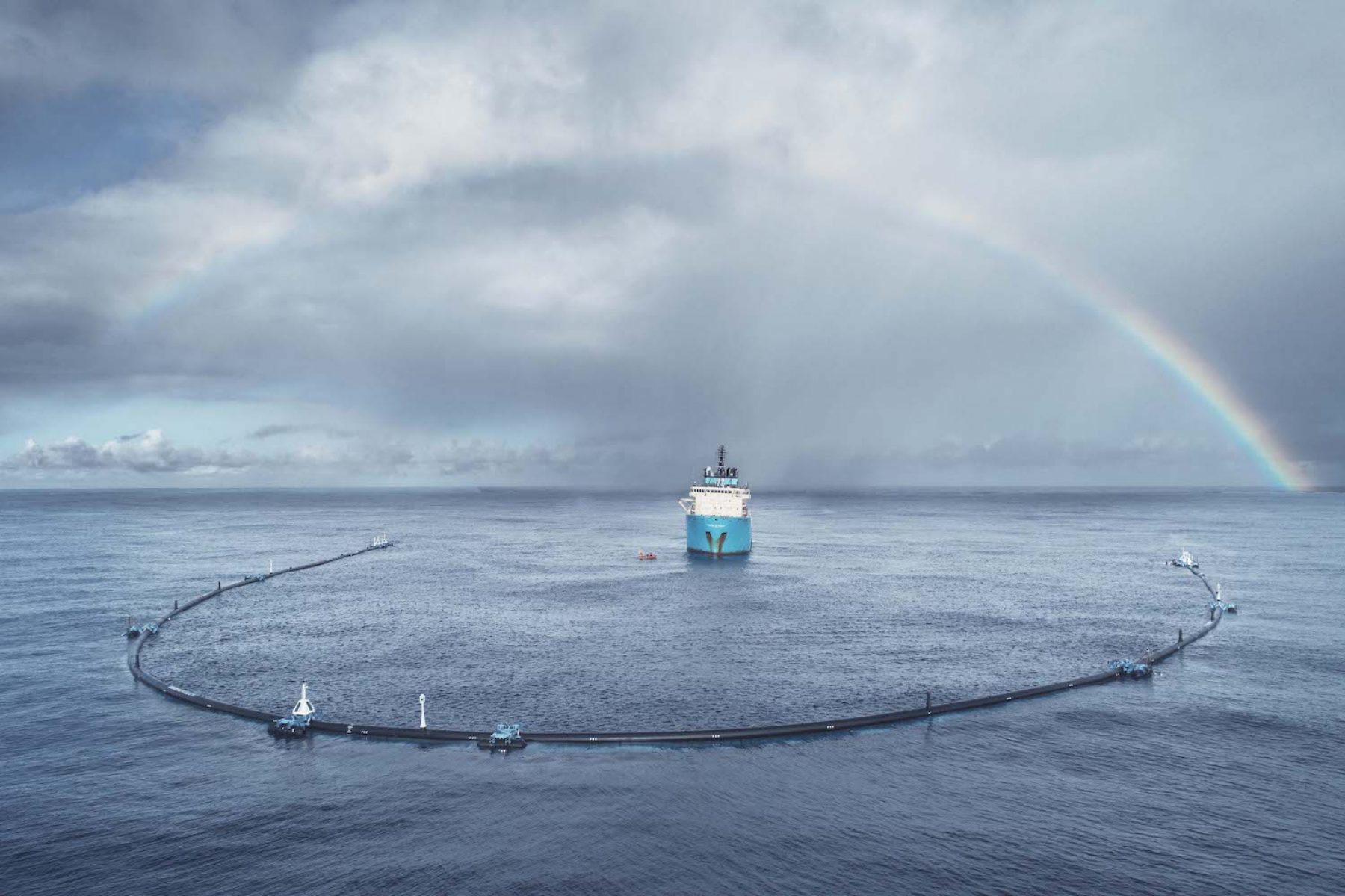 Eight years ago, a young entrepreneur came up with a pioneering way to tackle ocean plastic waste. The project has not been all smooth sailing, but Boyan Slat remains confident

Eight years ago, a young entrepreneur came up with a pioneering way to tackle ocean plastic waste. The project has not been all smooth sailing, but Boyan Slat remains confident

Underneath a rainbow, this strange, snake-like object drifts through the Pacific Ocean. Ambitious yet simple, The Ocean Cleanup project is the brainchild of 24-year-old Dutch entrepreneur Boyan Slat. “Studied aerospace engineering, becomes a cleaner,” quips his Twitter bio.

While diving in Greece when he was 16, Slat was shocked to encounter more plastic than fish. He carried out a high school project on marine pollution, which led eventually to him dropping out of university to focus on the challenge of cleaning up the world’s oceans.

The system he and his team designed consists of a 600 metre-long floater that sits on the surface of the water, with a tapered 3 metre-deep skirt attached below. The floater provides buoyancy and prevents plastic from flowing over it, while the skirt stops debris from escaping underneath. It is fitted with solar-powered lights, cameras, sensors, and satellite antennas.

The set-up is designed to capture plastics ranging from small pieces just millimetres in size, up to large debris, including massive discarded fishing nets called ‘ghost nets’. The team estimates that a full-scale cleanup system rollout – a fleet of approximately 60 such systems – could clean 50 per cent of the Great Pacific Garbage Patch in five years. This is thought to be the world’s largest accumulation of ocean plastic and is located between Hawaii and California. 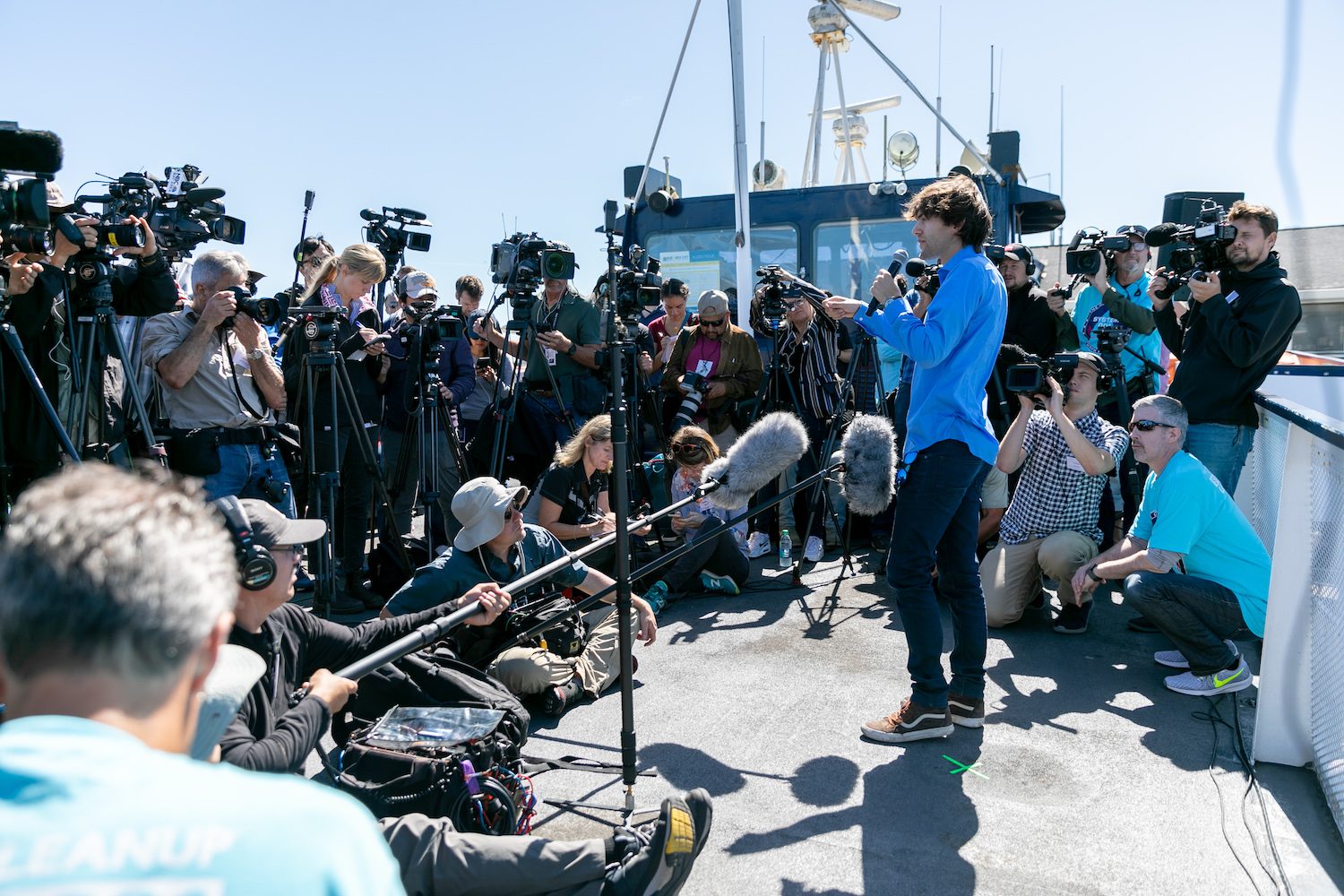 Following trials, System ‘001’, known as Wilson, was launched in October, before being forced to return to port in Hawaii at the end of 2018 after its giant tube snapped in two.

The Ocean Cleanup team admitted it was surprised by the damage, saying it is likely to be due to the stress caused by 106 load cycles. Fortunately, stabilisers mean that System 001 did not tip over, and there is thought to have been no material lost, or harm caused to the crew, environment and marine wildlife.

Despite the initial obstacles, Slat remains optimistic they can be ironed out. “We are, of course, quite bummed about this as 1) we hoped to stay out for a bit longer to collect more data on plastic-system interaction, and 2) it introduces an additional challenge to be solved. At the same time, we also realize that setbacks like this are inevitable when pioneering new technology at a rapid pace.”

The team will use Wilson’s time in port to update the machinery and smooth out other hiccups. Another tricky question: what to do with the recovered plastic? The team is working on how best to reprocess, and brand, the material it collects, hoping that a willing market will emerge for it.

Despite setbacks and the enormity of the task, Slat’s sense of humour appears to be intact. The Twitter account for ‘Wilson’ reads: “The winds and currents really move me, get my drift?” 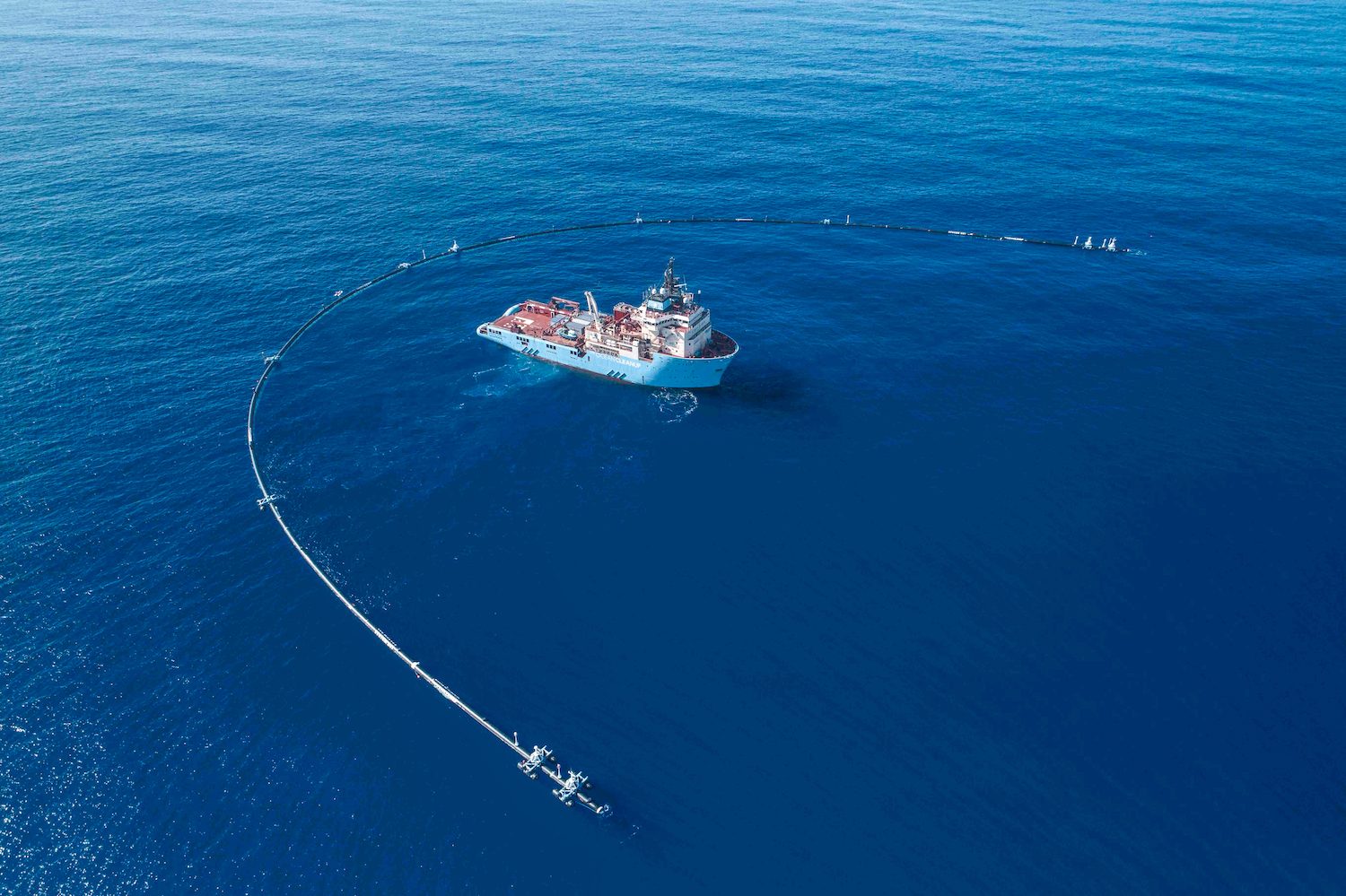