No bubble to burst: could crowdfunding hold the key to affordable housing?

The UK housing crisis is not only about supply and demand; at the core of the problem is the way new properties are financed. A trailblazing crowdfunding project is launching to fill a housing void in Liverpool without fuelling the property bubble. Instead of developers prioritising short-term profit, here it’s citizens who will have the power

Words by
Anna Leach May 30, 2018
Economics Society UK
Brands of inspiration
This article has been created by Positive News and supported by Abundance

The UK housing crisis is not only about supply and demand; at the core of the problem is the way new properties are financed. A trailblazing crowdfunding project is launching to fill a housing void in Liverpool without fuelling the property bubble. Instead of developers prioritising short-term profit, here it’s citizens who will have the power

It was a boardroom dilemma. A team at an investment platform had a vision of making more social and affordable rental housing available to the millions who need it – but without contributing to the hike in values that is pricing so many out of the dream of owning their own home. As an ethical investment company, it posed a challenge: how to get a return for its clients without banking on the value of homes going up?

Many phone calls, emails and head-scratching conversations later, they found something they think is special. A model where the returns come from leasing the houses for 50 years to a registered social landlord rather than selling them.

The funding model developed by Abundance doesn’t rely on selling the houses at an inflated cost. People who invest via crowdfunding will get back the money they put in, plus interest – rather than increasing the value of their original investment, which would feed the speculative housing bubble. It’s this bubble that, not only makes it more difficult for those not on the property ladder to afford to buy their own home, but also forces up rents. In Abundance’s model, people, rather than the banks are funding the homes. This was a key attraction for the team: it wouldn’t fuel a cycle of homeownership spiralling further and further out of reach for many.

The project being funded, Merseyside Assured Homes, will unfold in Liverpool where more than 20,000 people are on council waiting lists looking for homes or in need of supported living accommodation.

The first investment is a three-year bond paying 4.0 per cent a year to people who invest in the crowdfunding campaign, plus a 0.5 per cent bonus from Abundance. After three years, they get their investment returned in full. Together, the crowd will fund the construction of 30 social and affordable rented or supported living homes. At the end of the 50-year lease registered social landlord, Finefair Housing, has the option to purchase the homes for £1 each. Anyone can invest in the project with as little as £5.

The long list of people waiting for affordable, secure housing in this country offers the confidence that the leases will be filled, but the return on investment does not depend on house prices going up. It was what Abundance had been seeking: a genuine win-win.

“We realised it was possible to fund the home for what it is, a home to live in, rather than as an investment,” says Bruce Davis, joint managing director of Abundance Investment. Up until now, the peer-to-peer ethical investing company has focused on renewable energy and built up an impressive track record: unlocking £70m in just five years to help fund 31 green infrastructure projects ranging from community wind turbines to geothermal power. When it comes to the Liverpool scheme, “it completely takes away any sense of speculation on future land value,” says Davis. “All that you’re doing to get a return on your investment is taking an income from the use of the land and the house to live in. That’s the fundamental difference.”

Homing in on a new model

Changes in the housing market over the last 50 years have seen houses go from being places to live to a means for property owners to make a lot of money without doing much. The result is that it is more and more difficult for people to purchase their first home. In February, the Institute For Fiscal Studies noted that home ownership among young adults has “collapsed” over the last 20 years. For 25 to 34-year-olds who are earning between £22,200 and £30,600 per year, home ownership plummeted from 65 per cent in 1996 to 27 per cent in 2016. Over the same period, house prices have grown about seven times faster than the average incomes of young adults.

Funds that people invest in the project can be managed through ‘Innovative Finance’ ISAs, which were introduced by the government in 2016 to allow people to invest through peer-to-peer lending and debt-based crowdfunding tax-free. (Peer-to-peer lending and debt-based crowdfunding means that, as an investor, people are able to lend out their money directly to other people or projects). Another key aspect is that the rents will not exceed 40 per cent of income, and the housing will be secure for tenants. “As a person wanting to go into rental, I am now able to find a home that isn’t going to kick me out after six months,” says Davis. “I can start a family there. They can grow up and stay in the same school. My job is stable. All the things that home ownership is touted for – something that is now inaccessible for most people – are available through this model.”

So why did Abundance choose housing as the sector to expand into after spending six years in green energy? Because it’s another area of the UK’s infrastructure in need of urgent attention. “We want people to be able to invest in stuff that is real and tangible,” says Davis. “People worry about the world they are leaving for the next generation. We’re quite selective about the projects we support through Abundance. If it’s not solving a problem then we don’t see the benefit. There’s plenty of money that wants to invest in houses, but there’s less money that has the same kind of motivation that we do.”

Abundance is working with developer Octevo to build the homes, which they say will be good quality and energy efficient. “We’re trying to plug a gap in the marketplace that is there because the government is struggling to provide affordable social housing for the masses,” says Octevo’s director Robert Macmaster. He is enthusiastic about getting going on the Liverpool project and about the possibility of scaling up the model, describing it as a “viable long-term solution” that could ease council waiting lists and prevent housing shortages from continuing to escalate.

“We believe that the home should be the treasure chest of living,” he says, quoting the Swiss-French architect, planner and writer Le Corbusier. “We hope investors will join us in helping to build quality homes that offer opportunities to other people to create their own homes and improve our society.”

House building has risen since the lows reached during the financial crisis of 10 years ago but needs to almost double in order to hit the government’s target of 300,000 new homes a year by the middle of the next decade. According to government figures, 183,570 homes were built in 2016-17.

We’re quite selective about the projects we support through Abundance. If it’s not solving a problem then we don’t see the benefit

The crowdfunding campaign aims to raise £4.25m to fund the construction of 21 mostly three-bedroom, social or affordable rental homes and nine two-bedroom supported living flats. They will appear on three brownfield sites in Merseyside, which already have planning permission. Merseyside Assured Homes is expected to be the first of a series of housing projects across the UK built by Octevo and funded through Abundance’s platform. Returns will be ‘sensible, stable and above inflation’ say Abundance: this is a way of balancing investment potential with social impact.

“The numbers of social and affordable housing are dropping every year, and the number of people on the housing waiting list is increasing,” adds Macmaster. “More and more councils are having to provide emergency accommodation for people. It’s costing them millions and that money would be better used to build houses. We think we’ve got one deliverable solution.”

Though no excuse for government inaction, crowdfunding has empowered people to turn all sorts of new ideas into reality. We explore five key areas where it has had a huge impact. Could housing be the next? 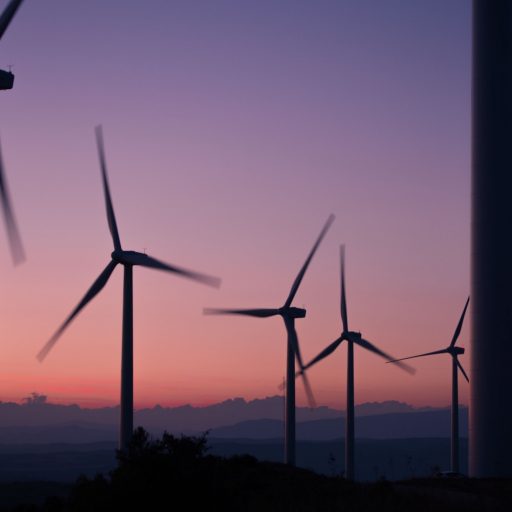 Crowdfunding renewable energy projects using citizens’ investment has been a powerful way to fill the gap left by government inaction in recent years, and as a slow step towards decentralising the energy system. Abundance was a pioneer in this space, launching six years ago with a community-funded wind turbine. Now, community-owned energy schemes have popped up across the country, but the UK lags far behind Denmark and Germany, where a large percentage of energy is generated from community schemes. “Community-owned renewable energy projects deliver 12 to 13 more times the community value for local areas than 100 per cent privately owned schemes,” according to Emma Bridge, chief executive of Community Energy England, a non-profit membership group for the sector. 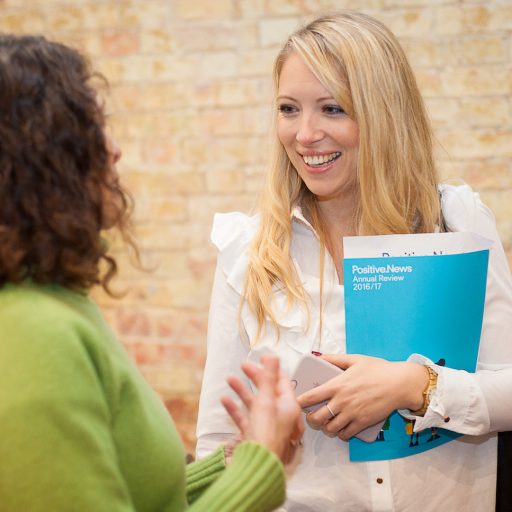 In the age of the internet, many media outlets have struggled to find effective funding models. At the same time, readers have become accustomed to consuming news for free. Online advertising hasn’t proved an effective model with readers turned off by intrusive ads – turning to adblockers – and companies like Facebook and Google have hoovered up the vast majority of advertisers’ budgets. Rather than being funded by one wealthy mogul or commercial investment, organisations such as Positive News and the Netherlands-based news website De Correspondent have opted for the people-powered route instead. Both have turned to crowdfunding to raise funds for growth and look to their audiences for regular financial support. 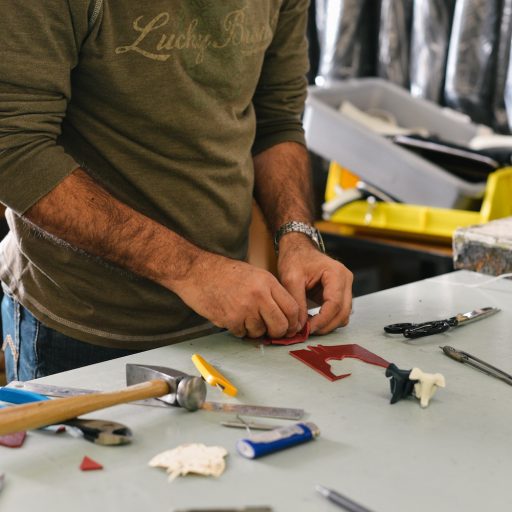 Crowdfunding websites are packed with hundreds of smart – and not so smart – ideas for products which the inventors hope will catch on. Collapsible straws, raincoats, espresso makers and portable tennis ball launchers are just some of the inventions hoping to get funding. If it’s a really great idea, crowdfunding is a good way to take it from bright spark to reality. 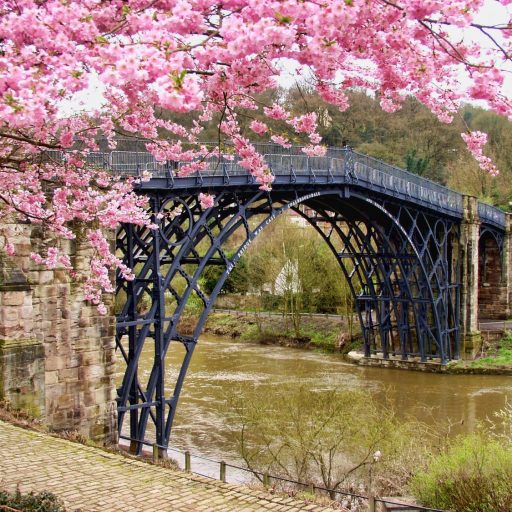 Crowdfunding campaigns have successfully raised funds to preserve buildings of historical significance – the public has stepped in to save much loved pieces of heritage. Recent successful funding projects include one to save the world’s first major iron bridge, an industrial icon that curves over the River Severn in Shropshire; another to protect the impressive Grade I-listed building Kedleston Hall which is outside Derby; and the historic, yet derelict Leas Pavilion in Folkestone, Kent. 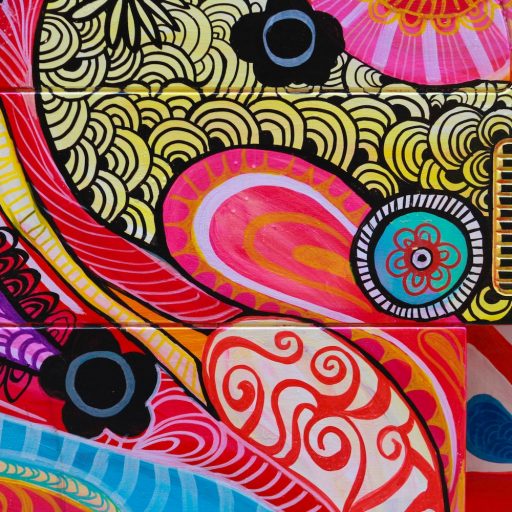 When it comes to the arts too, a lack of government action has inspired creative people to work with the general public to fund their ideas. Crowdfunder, an online platform for crowdfunding “projects that matter”, has partnered with the Arts Council England to administer a £125,000 cash pot towards some of the most popular arts projects on the site. The partnership is designed to support the “dynamic and captivating English arts scene”. Successful projects so far include folk albums, poetry books and public art sculptures. Meanwhile, Patreon is a relatively new site for ‘patrons’ to fund artists, other individuals and creative projects, while Unbound helps writers to get books published via crowdfunding.