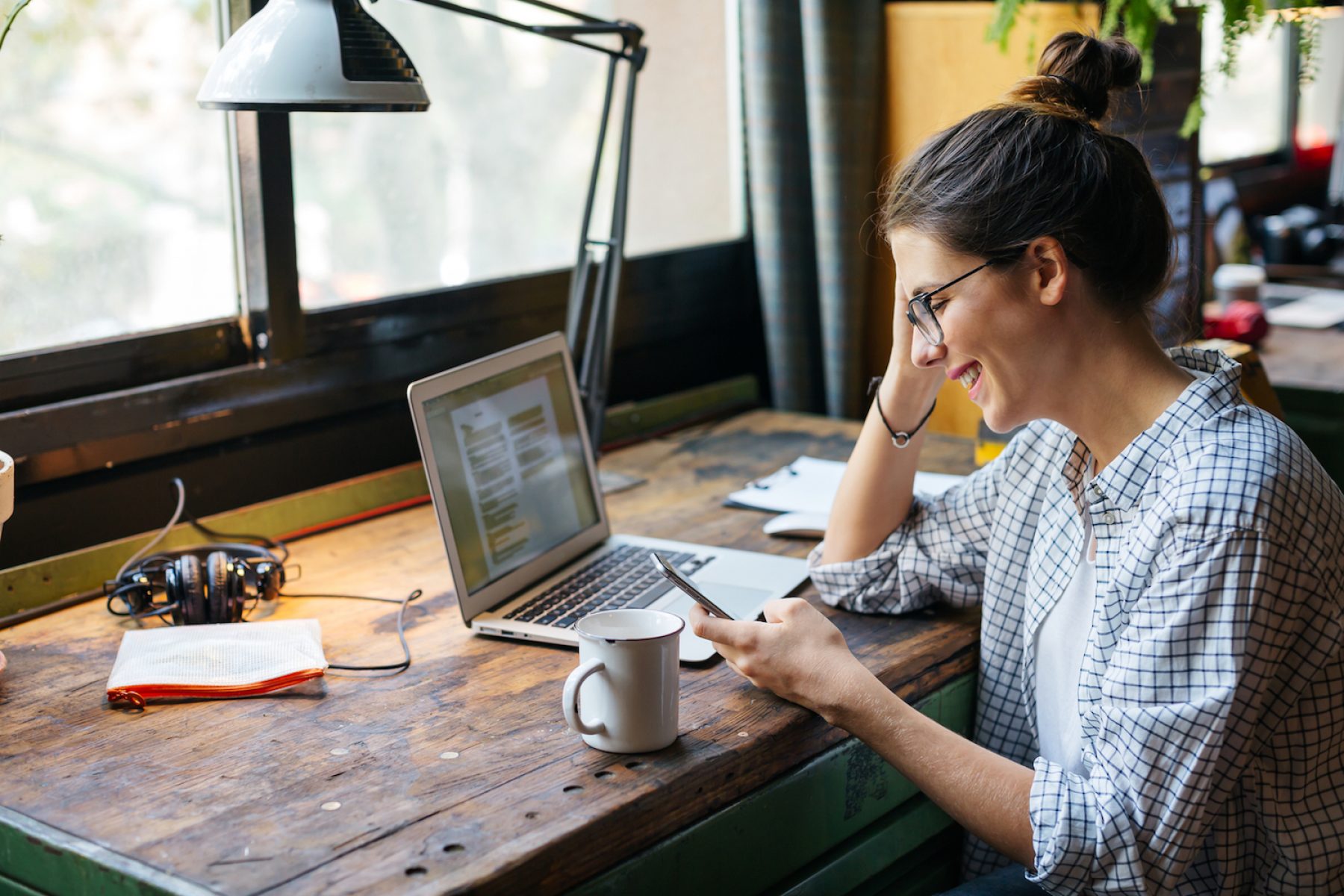 Fair access to the ‘fourth utility’: the broadband co-op setting the standard

Words by
Lucy Purdy April 29, 2019
Good Business Society
Brands of inspiration
This article has been created by Positive News and supported by Your Co-op

“Fairness should be of utmost importance to everyone and to every business, but in the commercial world, sometimes the pursuit of profit can outweigh this.”

Some may think that Fiona Ravenscroft, head of products and systems at The Phone Co-op, is being too gentle in her summation of modern business. Many companies are prepared to go to murkily mercenary lengths in their quest for profits, but The Phone Co-op is proud to sing from a different hymn sheet. “As a co-operative owned by our members who are customers, such values as fairness are at the front of our minds,” says Ravenscroft. “It differentiates us from the pack.”

Often referred to as the ‘fourth utility’, broadband is now grouped alongside gas, electricity and water as something on which we’re increasingly dependent. Like it or not, for education, health and banking as well as communication and work, the internet permeates almost every aspect of our daily lives. While traditional utility providers have faced increased scrutiny in recent years, some broadband providers have seen ethically questionable tactics go somewhat less challenged.

For years, there has been a tendency in the broadband market to push cheap ‘headline’ pricing, only to hike prices up after their initial term. Customers then have to shop around, threaten to leave or sign up afresh to stand a chance of getting a better deal, and the service providers rely on customer inertia to bring in profit.

Fairness should be of utmost importance to everyone and to every business, but in the commercial world, sometimes the pursuit of profit can outweigh this

Between December 2018 and February, Ofcom – the UK’s communications regulator – consulted on some of the practices that make it difficult for broadband consumers to get the best deals. Results are due to be implemented by the end of 2019, with Ofcom saying it wants to help consumers get better value, focusing in particular on end-of-contract and annual best tariff notifications.

But long before the consultation was even launched, The Phone Co-op introduced its Fair Price Promise: principles that it believes give customers peace of mind that they are being treated fairly and ethically. “Our initial contract period is only 12 months, and the price you pay when you sign up will be the price you pay throughout that period. When your contract ends, you’ll carry on paying the lowest standard rate. So, no price hikes, no nasty surprises,” says Ravenscroft.

“We want our customers to sign up and, from the start, feel they are with a provider they can trust to look after them for the long run and not have to keep shopping around. We know that many of our customers want to stay and not think about it – and we are the only telco to have the Ethical Consumer mark [Ethical Consumer’s best buy rating], now in its fourth year.”

Customers also pay the lowest standard price for the broadband they choose. If The Phone Co-op reduces its standard rate within a customer’s contract period, once the contract period is fulfilled, the customer will be automatically moved to the new lower standard rate. If the standard rates rise, customers will be advised before they renew their contract. ‘No rip-offs, no arguments,’ goes the tagline.

The Phone Co-op is now part of The Midcounties Co-operative, the largest independent co-operative in the UK. This means that every customer of The Phone Co-op can become a member of Midcounties. As well as members gaining share of any profits, they are owners of a successful co-operative that has collected many awards for sustainable enterprise and work in the community.

Being a co-op makes for a different relationship between company and customers compared to most telecoms providers. “It introduces a different dynamic to how we treat our customers and how we want our relationship with them,” reflects Ravenscroft. “In turn our members, as owners, are not driving us to deliver high profit before anything else.”

The purpose of a co-operative is to use profit to server a wider objective. “So a customer of The Phone Co-op who cares where their money goes can be assured they are giving back to community,” Ravenscroft adds.

In an age of far-flung call centres and headache-inducing small print, The Phone Co-op is also refreshing in its bid to be as transparent and honest with its customers as possible. All pricing is accessible on its website and its customer services department is easily contactable by phone. “Our customer service team are not following scripts and always give a personal service,” adds Ravenscroft.

Whether it’s food shopping, staying connected with friends and family or watching TV, a quick and reliable broadband connection is becoming more important to more people. Fair access is likely to become an ever-hotter topic, and The Phone Co-op is proud to be leading the conversation.

Superfast Fibre Broadband from £28 per month Switch now to The Phone Co-op to benefit from their Fair Price Promise. Click here to find out more.